An even smaller world’s smallest ‘computer’

by Kate McAlpine
Michigan Engineering
June 21, 2018
The latest from IBM and now the University of Michigan is redefining what counts as a computer at the microscale.| Short Read
Enlarge 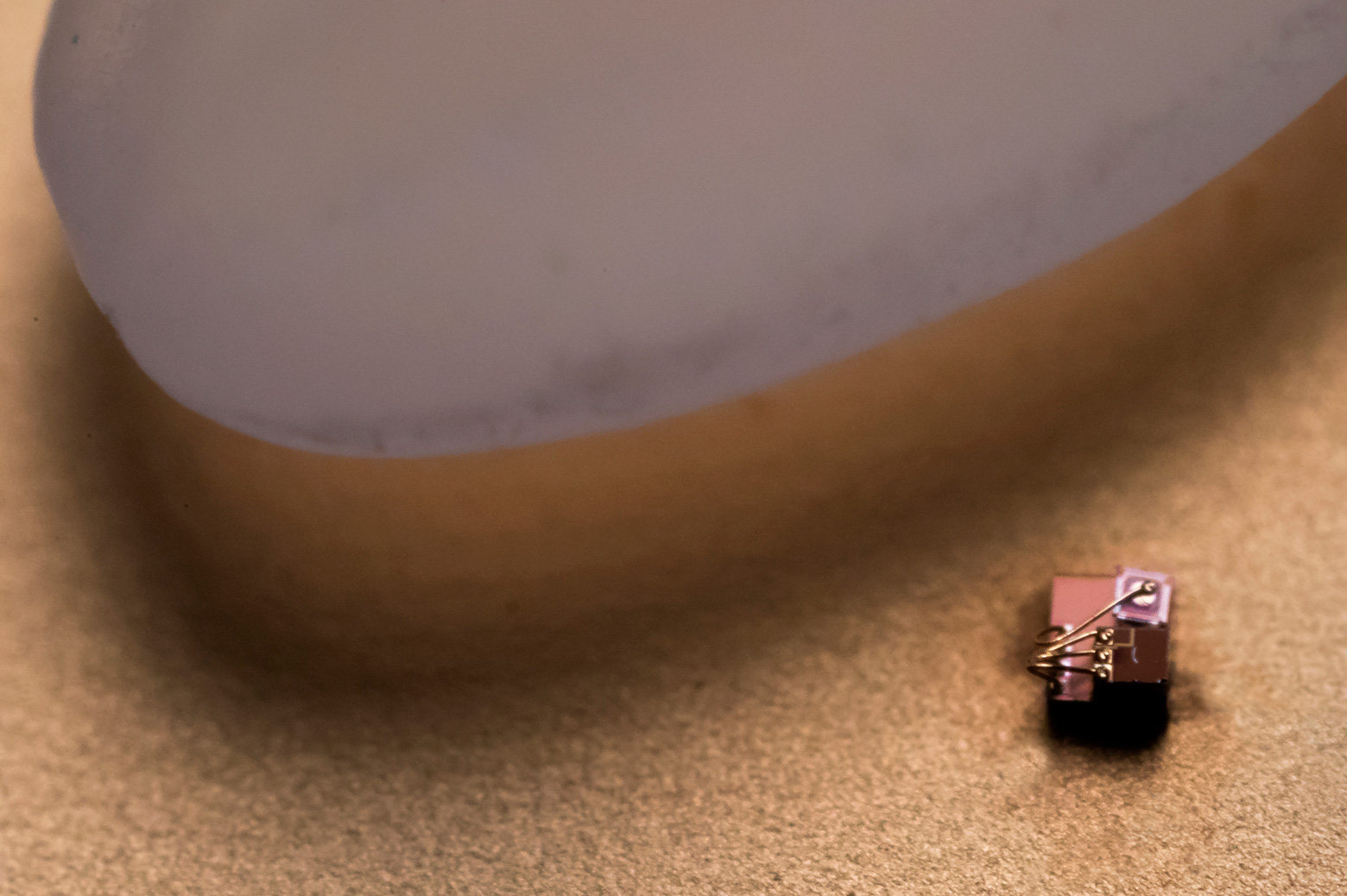 IMAGE:  The Michigan Micro Mote (M3) next to a grain of rice for scale. Photo: Joseph Xu/Michigan Engineering

IBM’s announcement that they had produced the world’s smallest computer back in March raised a few eyebrows at the University of Michigan, home of the previous champion of tiny computing.

Now, the Michigan team has gone even smaller, with a device that measures just 0.3 mm to a side—dwarfed by a grain of rice (read the paper).

The reason for the curiosity is that IBM’s claim calls for a re-examination of what constitutes a computer. Previous systems, including the 2x2x4mm Michigan Micro Mote, retain their programing and data even when they are not externally powered. Unplug a desktop computer, and its program and data are still there when it boots itself up once the power is back. These new microdevices, from IBM and now Michigan, lose all prior programming and data as soon as they lose power.

“We are not sure if they should be called computers or not. It’s more of a matter of opinion whether they have the minimum functionality required,” said David Blaauw, a professor of electrical and computer engineering, who led the development of the new system together with Dennis Sylvester, also a professor of ECE, and Jamie Phillips, an Arthur F. Thurnau Professor and professor of ECE.

In addition to the RAM and photovoltaics, the new computing devices have processors and wireless transmitters and receivers. Because they are too small to have conventional radio antennae, they receive and transmit data with visible light. A base station provides light for power and programming, and it receives the data.

One of the big challenges in making a computer about 1/10th the size of IBM’s was how to run at very low power when the system packaging had to be transparent. The light from the base station—and from the device’s own transmission LED—can induce currents in its tiny circuits.

“We basically had to invent new ways of approaching circuit design that would be equally low power but could also tolerate light,” Blaauw said.

For example, that meant exchanging diodes, which can act like tiny solar cells, for switched capacitors.

Another challenge was achieving high accuracy while running on low power, which makes many of the usual electrical signals (like charge, current and voltage) noisier. Designed as a precision temperature sensor, the new device converts temperatures into time intervals, defined with electronic pulses. The intervals are measured on-chip against a steady time interval sent by the base station and then converted into a temperature. As a result, the computer can report temperatures in minuscule regions—such as a cluster of cells—with an error of about 0.1 degrees Celsius.

The system is very flexible and could be reimagined for a variety of purposes, but the team chose precision temperature measurements because of a need in oncology. Their longstanding collaborator, Gary Luker, a professor of radiology and biomedical engineering, wants to answer questions about temperature in tumors. Some studies suggest that tumors run hotter than normal tissue, but the data isn’t solid enough for confidence on the issue. Temperature may also help in evaluating cancer treatments.

We are using this temperature sensor to investigate variations in temperature within a tumor versus normal tissue and if we can use changes in temperature to determine success or failure of therapy.Gary Luker, BME professor
Tweet

Even as Luker’s experiments run, Blaauw, Sylvester and Phillips look forward to what purposes others will find for their latest microcomputing device.

“When we first made our millimeter system, we actually didn’t know exactly all the things it would be useful for. But once we published it, we started receiving dozens and dozens and dozens of inquiries,” Blaauw said.

And that device, the Michigan Micro Mote, may turn out to be the world’s smallest computer even still—depending on what the community decides are a computer’s minimum requirements.

This study is to be presented June 21 at the 2018 Symposia on VLSI Technology and Circuits. The paper is titled “A 0.04mm3 16nW Wireless and Batteryless Sensor System with Integrated Cortex-M0+ Processor and Optical Communication for Cellular Temperature Measurement.”