Toward a portable concussion detector that relies on an infrared laser

by Kate McAlpine
Michigan Engineering
January 31, 2020
By looking at tissue oxygen and cell metabolism at the same time, doctors could have a fast and noninvasive way to monitor the health of brain cells.| Long Read 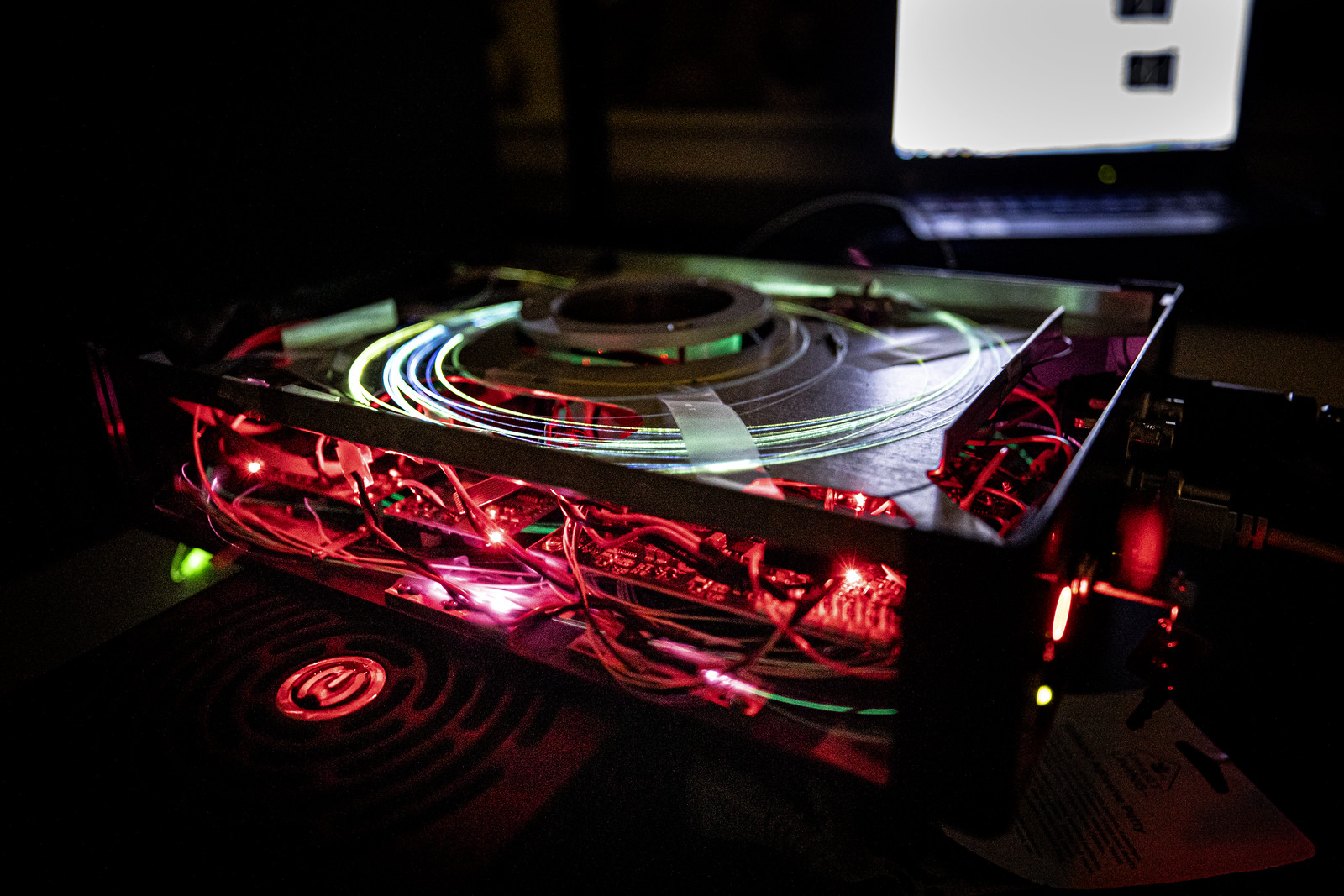 With no way to reliably tell whether an athlete has a concussion, many may be playing with an undiagnosed injury. Likewise, 2 million people die every year because we don’t have an early warning when brain cells are dying—and another 4 million experience cognitive disabilities.

Now, a team of doctors and engineers has developed a noninvasive way to measure whether brain cells are in distress using an infrared laser. Their device uses optical fibers to deliver pulses of infrared light to a person’s forehead. This light can penetrate through the skin and skull to the brain without doing harm. It interacts with an important molecule for metabolism called cytochrome C oxidase, or CCO.

While existing technology can give real-time information on whether the brain is getting oxygen, this new device gives information about whether the brain cells are able to use that oxygen. That could enable concussions to be diagnosed on the sidelines of an athletic event. Alternatively, it could provide rapid feedback as doctors adjust treatment in the ER, operating room or the intensive care unit.

Mohammed Islam, a professor of electrical engineering and computer science, will present the study on Superbowl Sunday at the Photonics West conference in San Francisco. He and his collaborators at Michigan Medicine, Kinesiology and the College of Literature, Science and the Arts told us about how the new technique works.

What kinds of patients could this help?

Steven Broglio, director of the Michigan Concussion Center: Concussions in athletics have been in the spotlight for the previous decade, but soldiers are also at high risk. Concussion can happen to anyone.

At present, there is no one test that can diagnose a concussion. There’s no scan, no blood test, no computer test. We currently rely on a clinical exam and interpretation by the medical provider, so the diagnosis is subjective. We believe this technology is the first step in changing that by measuring brain metabolism, potentially resulting in faster and more certain diagnoses.

The quicker you identify a concussion, the faster you can begin the recovery process of resting and gradually returning to normal activity. Research in the last ten years has shown that resting sooner can shorten recovery time, helping people get back to school, work and military duty.

Rachel Russo, a trauma and emergency surgeon: This device could guide the treatment of more serious brain injuries and other conditions that put the brain at risk. In its broadest application, it could help patients whose blood pressure falls so much that there isn’t enough blood flow to keep cells functioning normally. This can happen when a person is very ill or because they have lost too much blood. We need to keep them in the ‘Goldilocks zone’—their blood pressure has to be high enough to supply oxygen to the cells and low enough to discourage bleeding in injured tissues.

In the ER and the intensive care unit, or ICU, patients are sometimes kept in medical comas while they heal from traumatic brain injuries. This would be the first device that could measure how well their brain cells are doing right in the hospital room.

What does measuring cytochrome C oxidase tell you?

Ioulia Kovelman, associate professor of psychology: It can tell us if the tissue is healthy and is metabolizing or “eating” properly – such as a brain of a healthy individual versus the brain of a person who suffered a concussion or has Alzheimer’s disease, amyotrophic lateral sclerosis (ALS), or other types of brain dysfunction or trauma.

Russo: CCO decreases when cells are in distress. One of the challenges is that we don’t know if there’s a universal threshold that signals a problem, the way we have normal ranges for different markers when we run a blood count. This is one of the areas we want to explore in the future.

But even without a threshold for action, we believe we could observe how a patient’s cell metabolism changes over time and correlate that with other vital signs. This could give us an early indication of how they are recovering and whether more aggressive treatment is needed.

How does the device measure CCO?

Islam: There is a part of CCO that is excited by light with wavelengths between 750 nanometers and 900 nanometers. If you pluck a string on a violin, you hear its resonant frequency. CCO has, if you like, a string that we pluck with our laser, and we see the resonant frequency in the light we record. 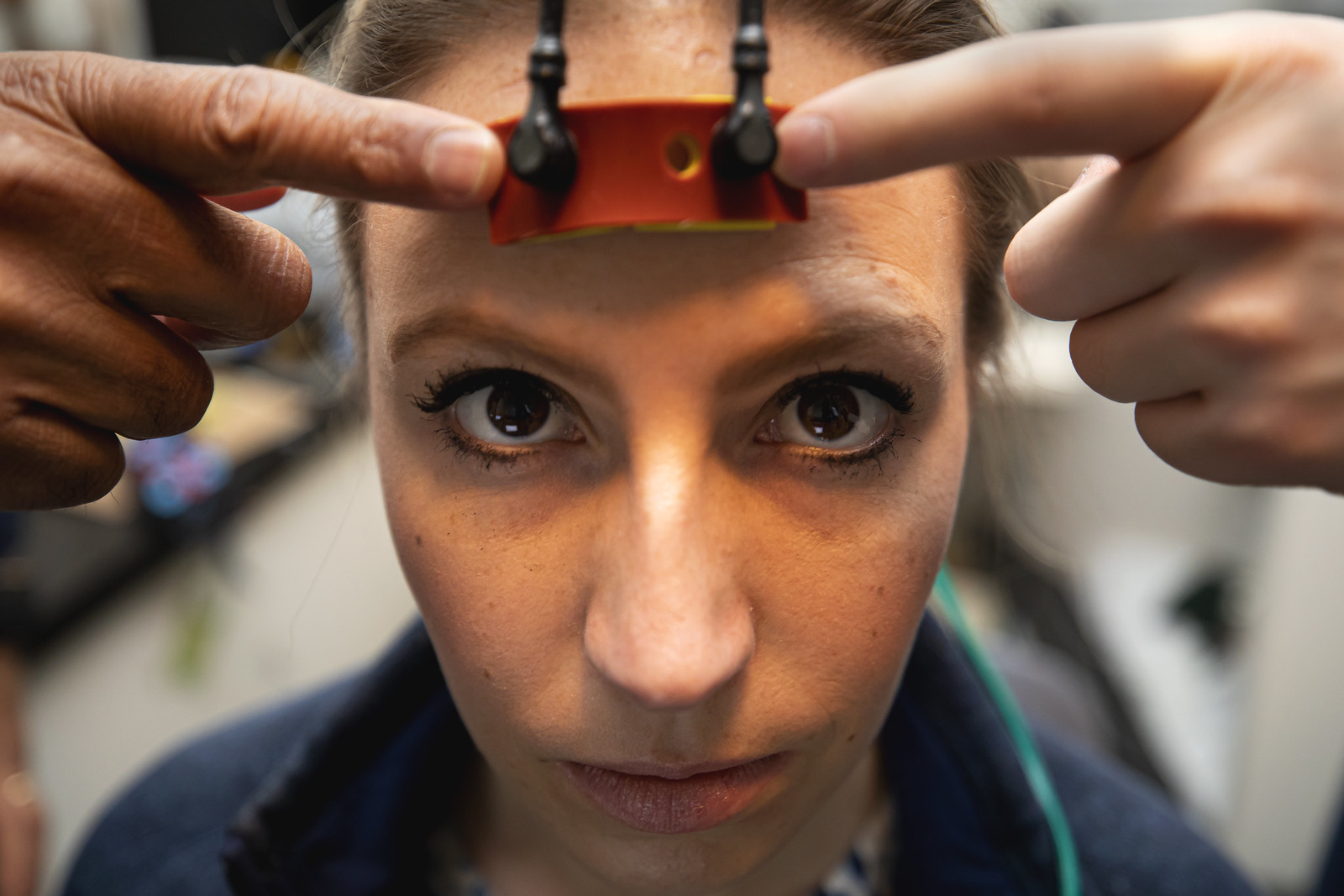 Why hasn’t it been done before?

Islam: Previous experiments used infrared lamps, but the signal from the CCO is not very distinct. Hemoglobin, which tells us about the blood oxygen levels, also responds to the range of wavelengths we use to probe CCO, and it is ten to twenty times more plentiful in human tissue. We needed a stronger signal from the CCO to distinguish it from the hemoglobin and other molecules in the body, and we got that stronger response by using a laser that is nearly ten times brighter than the lamps.

What did your experiments show?

Kovelman: In our study, we asked participants to complete an attention task developed by Daniel Weissman, a professor of psychology, cognition & cognitive neuroscience. This task can be used to study healthy attention, such as attention development in children or attention dysfunction in individuals who might have a brain injury or concussion.

As individuals were completing this attention task, we saw an increase in oxygenated blood flow to their frontal lobe—the part of the brain that sits behind our forehead and is essential to being able to attend. Along with the increase in oxygenated blood flow, we also saw a change in the brain’s CCO redox state—in other words, as oxygen supply increased, so did the consumption of the oxygen by the neurons of the frontal lobe that were busy attending to the task. This means that our new method can effectively measure brain metabolism, an index of brain function.

All cells use oxygen and energy, not just in the brain. Can this device look for trouble in other organs?

Russo: We think it can. We would have to adjust the depth of the measurement, but we may be able to observe other organs at risk of failure—for example, the heart, lungs or kidneys.

Broglio is also a professor of athletic training in the School of Kinesiology at U-M. Russo is also a clinical lecturer in surgery at Michigan Medicine.

The University of Michigan is pursuing patent protection and seeking partners to bring the technology to market. 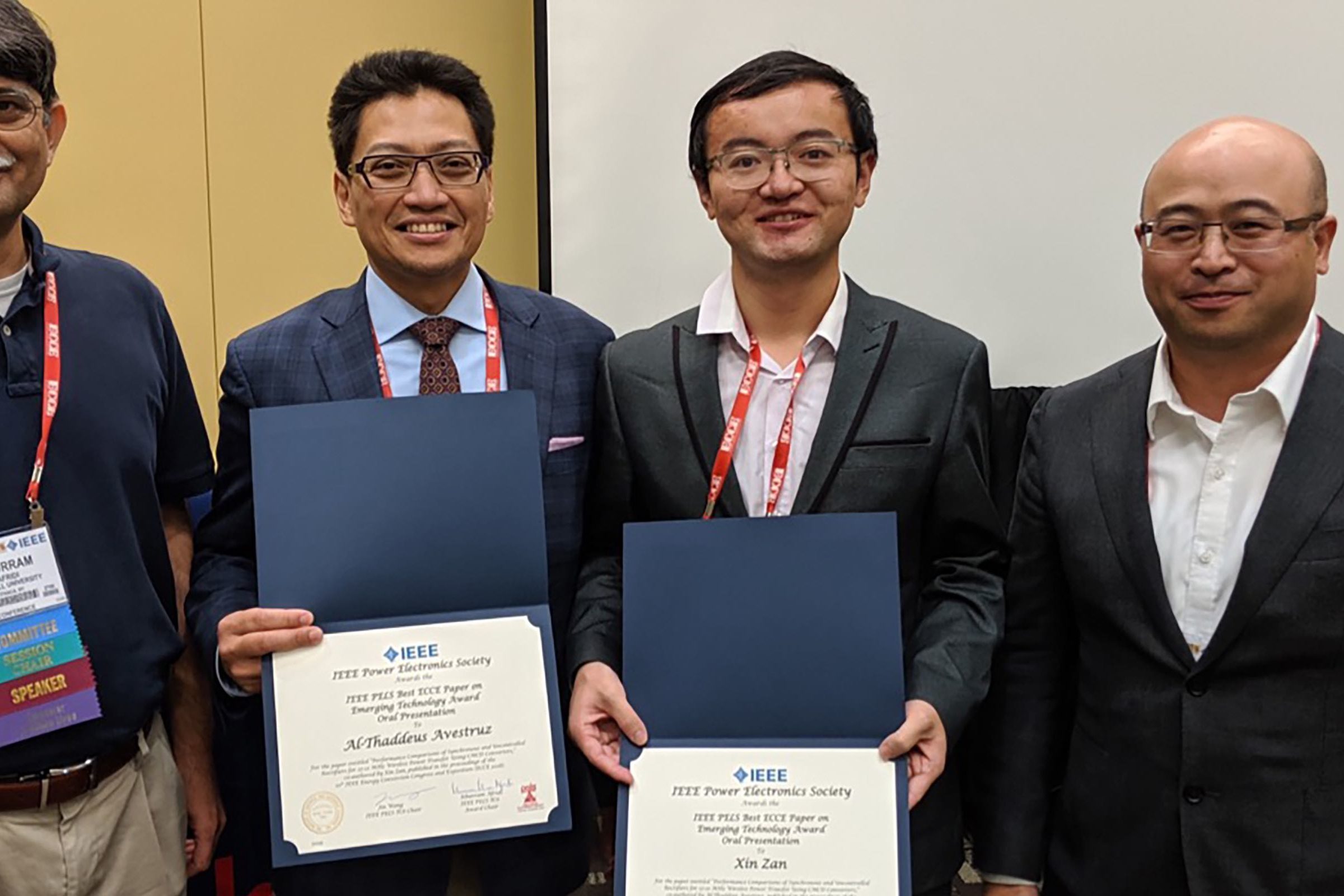 The researcher-entrepreneur who helped bring OLED displays to the masses envisions a future of efficient lighting and next-gen solar power.| Medium Read
Researchers