Inspired by the Labyrinth of Greek mythology, a new chip etched with fluid channels sends blood samples through a hydrodynamic maze to separate out rare circulating cancer cells into a relatively clean stream for analysis. It is already in use in a breast cancer clinical trial.

Tumor cells isolated from blood samples have the potential to revolutionize cancer treatment by enabling doctors to plan customized treatments, monitor genetic changes, and flag the presence of aggressive cells that are likely to spread the cancer. The trouble is that circulating cancer cells account for just one in a billion blood cells, and there weren’t good options for accurately capturing cancer stem cells, which are thought to be especially aggressive and drug resistant.

“You cannot put a box around these cells,” said Sunitha Nagrath, an associate professor of chemical engineering, who led the development of the chip along with Max Wicha, the Madeline and Sidney Forbes Professor of Oncology at Michigan Medicine. Wicha is one of the pioneers of the cancer stem cell hypothesis.

We think that this may be a way to monitor patients in clinical trials.Max Wicha, Oncology
Tweet

Cancer stem cells are fluid in their gene expression, transitioning from stem-like cells that are good at surviving in the blood to more ordinary cell types that are better at growing and dividing. Conventional cell targeting, by grabbing proteins known to be on the cell’s surface, doesn’t work well.

“The markers for them are so complex, there is no one marker we could target for all these stages,” said Nagrath.

Size-based sorting gets around this problem, but until the labyrinth, this technique was too imprecise to use on its own. Conventional chips, with spiral-shaped channels, left each cancer cell contaminated with thousands of other cells – particularly white blood cells.

The labyrinth riffs on the spiral, sorting the blood’s contents according to the sizes of the cells, with smaller white and red blood cells accumulating in different parts of the fluid channel. A number of forces are at play: on the inside of a curve, eddies push particles away from the wall. The larger cancer cells are pushed a bit harder than the smaller white blood cells. At the outside of the curve, smaller particles feel more drawn to the wall.

But the innovation of the labyrinth is its daring number of corners.

“Bigger cells, like most cancer cells, focus pretty fast due to the curvature. But the smaller the cell is, the longer it takes to get focused,” said Nagrath. “The corners produce a mixing action that makes the smaller white blood cells come close to the equilibrium position much faster.” 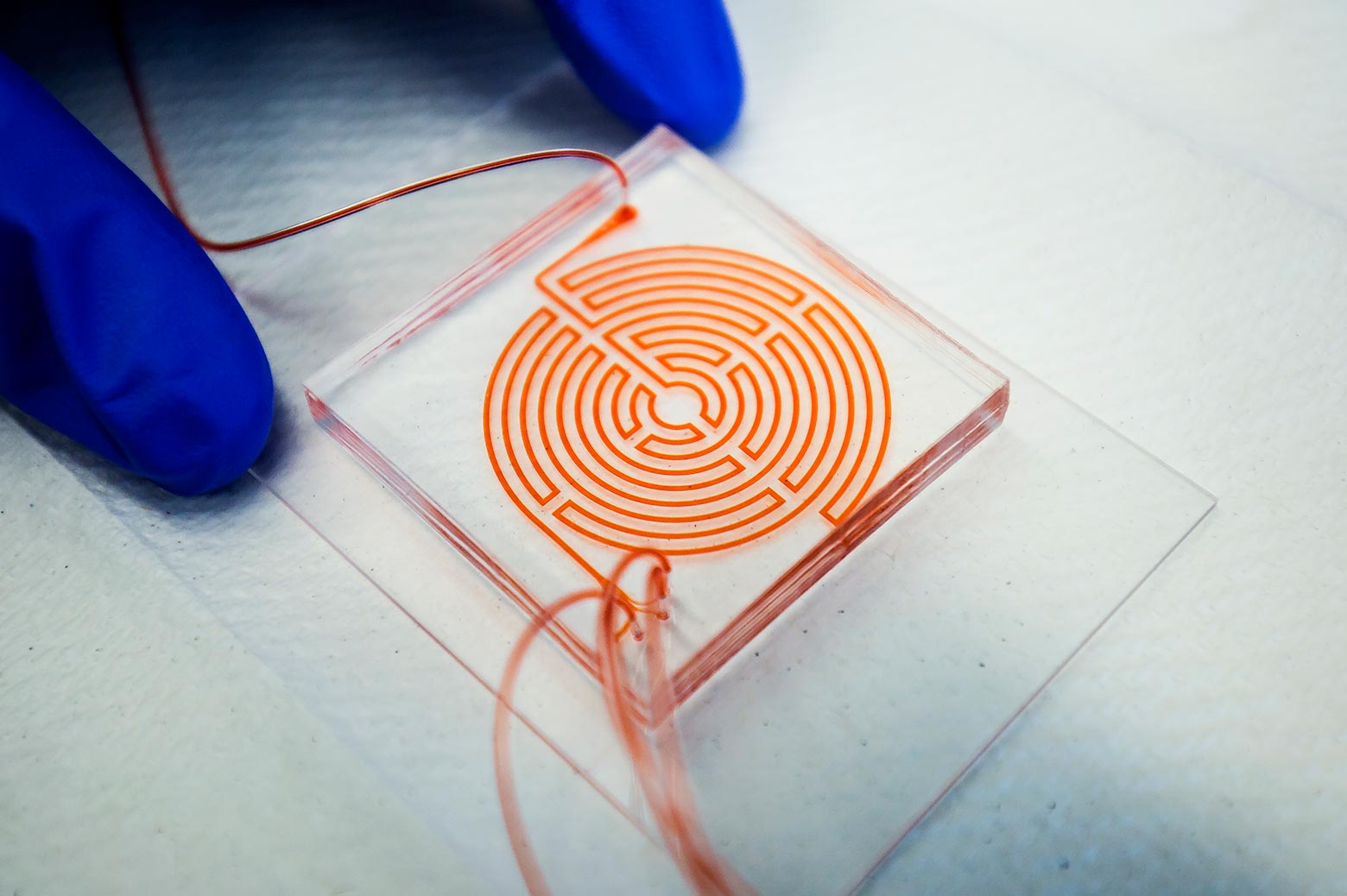 The tortuous route also meant that Eric Lin, a doctoral student in chemical engineering and first author on the paper in Cell Systems, was able to fit 60 centimeters of channel on a chip that would only contain 10 centimeters in a spiral layout.

Moreover, without the need to wait for cancer cells to bind with traps or markers, the blood flow through the chip was very fast. The team could reduce the number of white blood cells contaminating the cancer cell sample by 10 times just by running the captured portion of the blood through a second labyrinth chip – a process that took only five extra minutes.

A thousand white blood cells mixed in with about 9 to 50 tumor cells might seem like a lot, but this level of contamination is manageable in the single cell analysis lab. The team analyzed individual cells to explore which genes were active – and which mutations were present – in the cancer cells.

Through genetic profiling, the team could pick out cells that were on their way to and from stem-like states, capturing the spectrum of cancer stem cells. They tested the chip with blood samples from pancreatic and late-stage breast cancer patients.

“We think that this may be a way to monitor patients in clinical trials. Rather than just counting the cells, by capturing them, we can perform molecular analysis so know what we can target with treatments,” said Wicha. 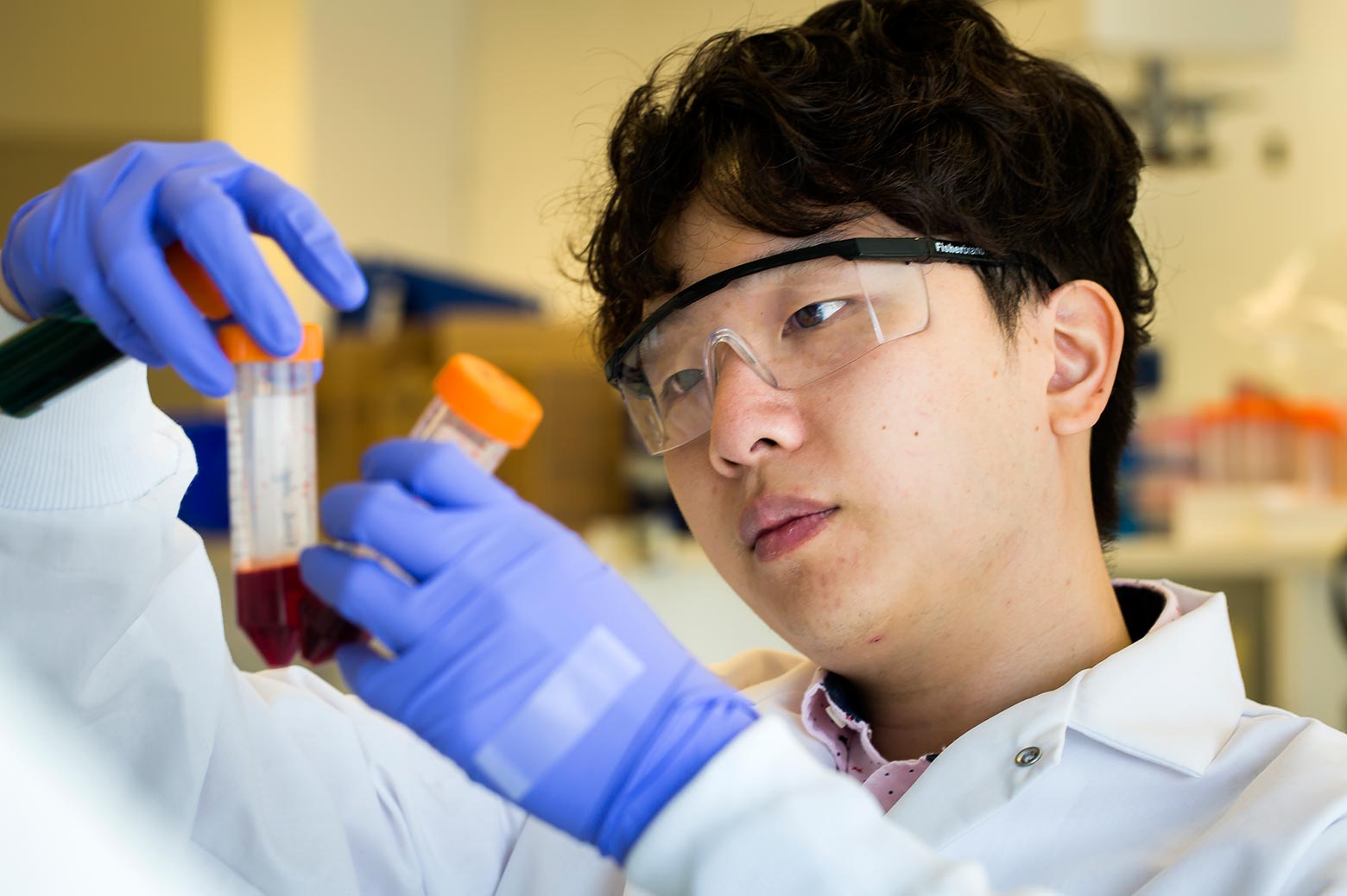 IMAGE:  Eric Lin prepares to run blood samples through the labyrinth chip, which can isolate cancer cells effectively without relying on expectations of what proteins will be on their surfaces. Photo: Joseph Xu, Michigan Engineering Communications & Marketing.

In Wicha’s clinical trial, run by Monika Burness, a lecturer in hematology and oncology, the labyrinth chip is isolating cancer cells from the blood of patients with an aggressive form of breast cancer. The trial is investigating whether a treatment blocking an immune signaling molecule called interleukin-6, which helps heal wounds by temporarily activating adult stem cells, can make progress against cases of breast cancer that don’t respond to standard treatments.

The suspicion is that the interleukin-6 is enabling cancer stem cells, so they expect to see the population of stem-like cells in the blood fall during treatment.

This work was supported by the National Institutes of Health and the Department of Defense. Additional support came from the Breast Cancer Research Foundation, MedImmune, and the Fashion Footwear Charitable Foundation of New York/QVC Presents Shoes on Sale™. 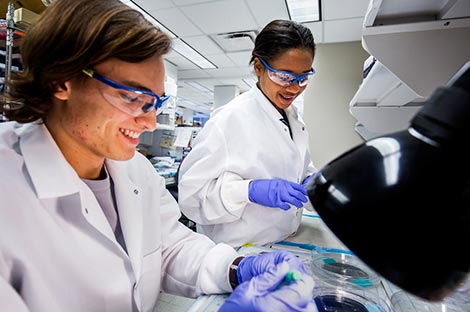 Whether it’s using new technology to predict and prevent natural disasters, or advancing computer security, Michigan Engineers are up to the challenge. Help us create a safer future. 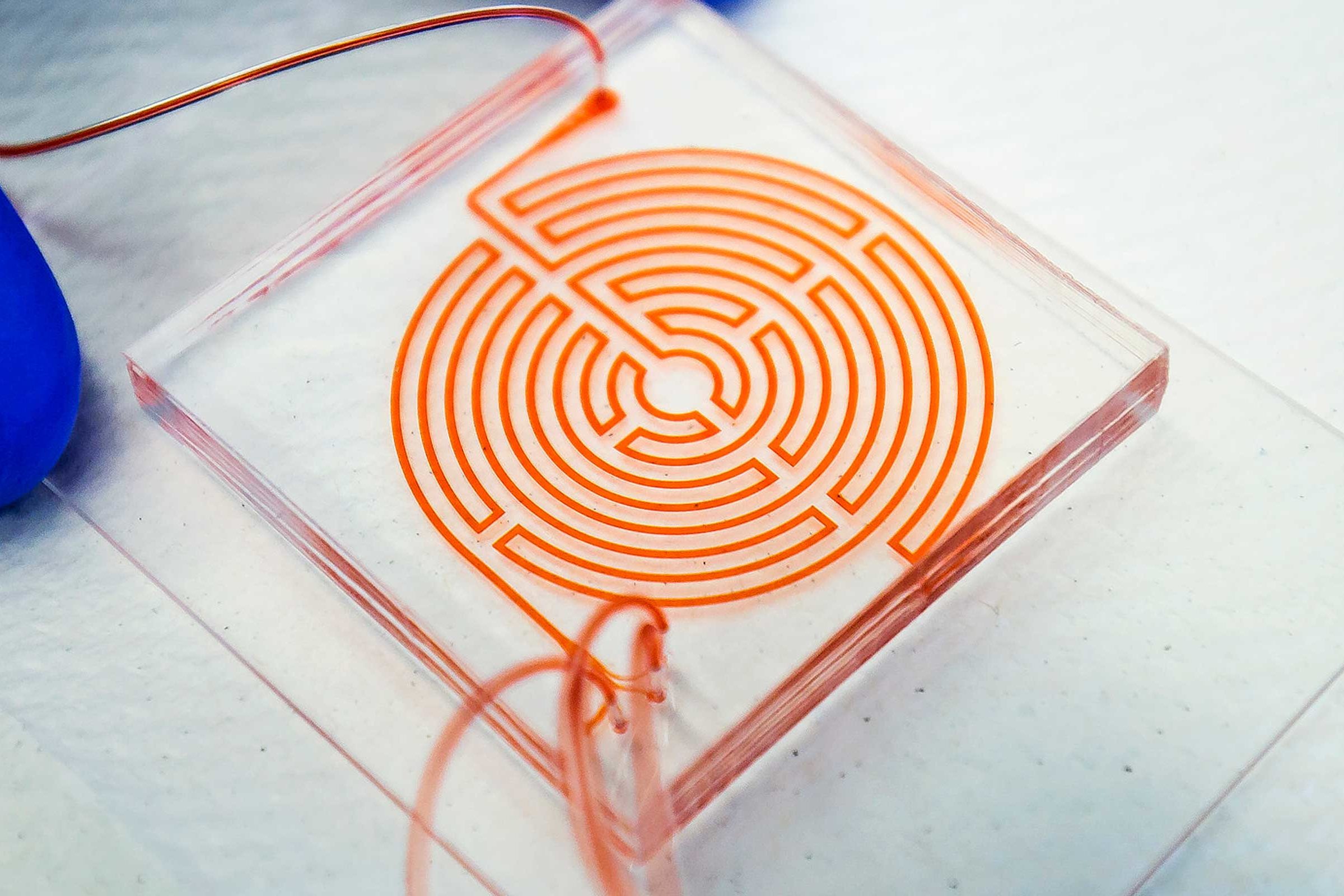