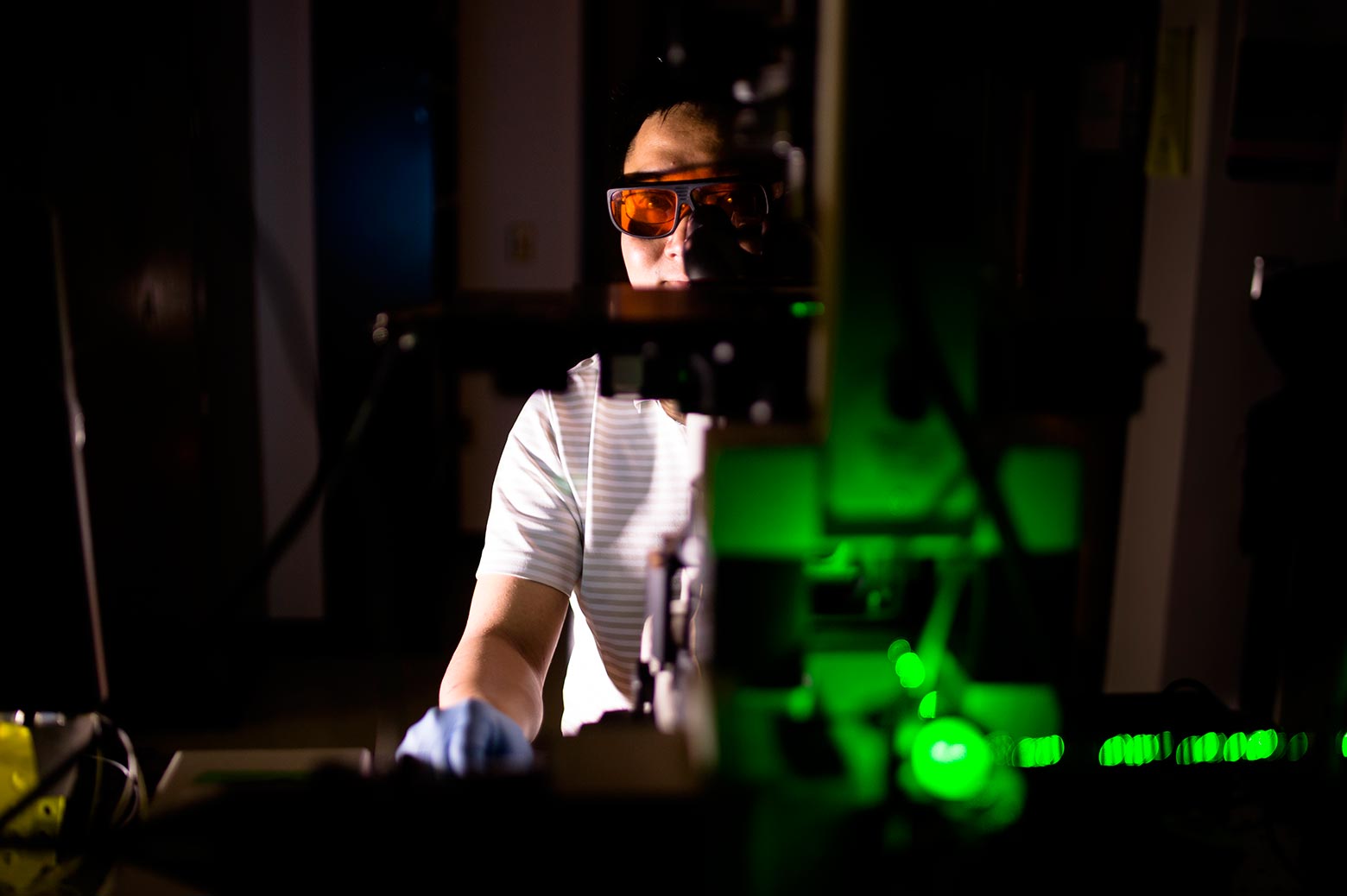 In work that could improve understanding of how cancer spreads, a team of engineers and medical researchers at the University of Michigan developed a new kind of microfluidic chip that can capture rare, aggressive cancer cells, grow them on the chip and release single cells on demand.

For the first time, they can easily compare two different “sister” cells – born of the same original cancer cell – to explore how different genes are activated and deactivated as cancer cells divide and spread. Studies with the new chip could also reveal why some cancer cells are resistant to drugs. 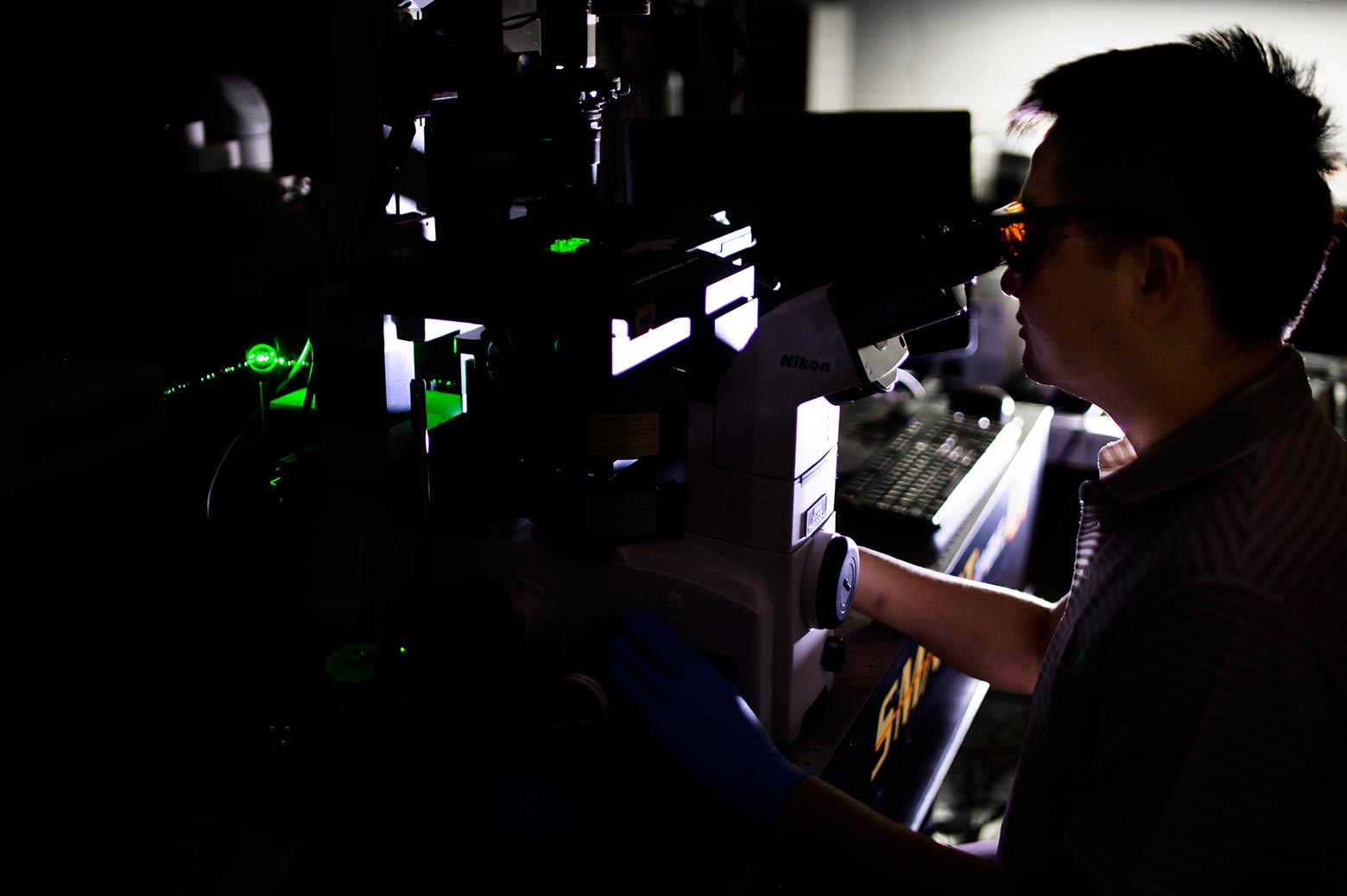 The ultimate goal of the project – led by Euisik Yoon, a professor of electrical engineering and computer science and corresponding author on the paper in ACS Nano – is to find out what drives the “self-renewal” processes that enable these aggressive cancer cells to behave like stem cells. These cells are known as cancer stem cells – they are capable of dividing and turning into different kinds of cancer cells, with different genes turned on or off. Cancer researchers believe that if the stem-like properties can be switched off, the cancer will not be able to grow and spread.

“When a tumor forms, some cancer stem cells maintain stemness, while others are differentiated. By understanding this, we will know more about tumor formation and discover ways to inhibit it,” said Yu-Chih Chen, a research scientist in electrical engineering and computer science and co-first-author on the paper.

The base of the new chip is composed of carbon nanotubes covered in a plastic coating. When a cancer cell settles on the chip, it sticks itself to that coating. To release the cell, the researchers shone extremely short pulses of laser light near it. The light is readily absorbed by the carbon nanotubes, flash-heating them, while the plastic insulates the cell.

The heat causes trapped air between the nanotubes and plastic to expand, blowing a bubble under the cell. When the bubble bursts through the plastic, the cell detaches. Then, the cell can be flushed out of the chip and captured for genetic profiling.

IMAGE:  The laser creates a bubble under the cell that bursts out and releases the cell so that it can flow out of the chip. Yu-Chih Chen, Yoon Lab, University of Michigan.

Most existing methods for freeing individual captured cancer cells are either damaging to the cells or else cannot get them out of the chip reliably. The laser was precise enough that it could detach one side of a cell, leaving the other side anchored.

And the bubble detachment process was so gentle that even surface proteins on the cell membrane were unscathed. The surface proteins are an important nondestructive avenue for identifying cancer stem cells.

To begin exploring the differences in gene expression between sister cells, the team first looked at a gene called Notch, which is associated with both normal and cancerous stem cells. If Notch was expressed in the daughter cells, it was a rough indication that the division was self-renewing. A Notch-positive cell could go on to produce two cells expressing the same gene, one Notch-positive and one Notch-negative, or two Notch-negative cells.

Their analyses demonstrated that Notch does not serve as a sole indicator for a cancer cell’s stem-like properties. Other genes associated with stem cells could be switched on or switched off in daughter cells with either Notch expression.

Some cells are very resistant; some are easily killedEuisik Yoon, EECS
Tweet

The task ahead of cancer researchers, with the help of the new chip, is to identify which of these genes are critical to a cancer stem cell’s self-renewing capabilities. If these can be shut down, forcing all cancer stem cells to produce only non-stem cells when they divide, it may be possible to subvert a tumor’s ability to grow and spread.

“If we identify some key genes, or a potential drug target, then pharmaceutical researchers can develop a compound to hit this drug target,” said Chen.

Drug testing inspired Yoon to develop this chip. On earlier chips, some cancer survived treatments, and he wanted to understand these cells better.

“Some cells are very resistant; some are easily killed,” said Yoon. “We wanted to take individual cells out after drug screening and look at their genetic profiles to see if we can see what makes cancer cells stem-like.”

Future experiments could lead to what some cancer researchers call “functional cures,” similar to the management of HIV. The cancer doesn’t necessarily have to be eradicated. Stopping the cancer from spreading may be enough to enable a cancer patient to live a healthy life.

This work is reported in a paper titled “Selective photo-mechanical detachment and retrieval of divided sister cells from enclosed microfluidics for downstream analyses”, appearing today in ACS Nano.

The study was funded in part by the Department of Defense and the National Institutes of Health.

Euisik Yoon is also a professor of biomedical engineering.