by Kate McAlpine
Michigan Engineering
January 9, 2020
A catalyst on a solar panel can make methane, the main component of natural gas, with carbon dioxide, water and sunlight.| Medium Read

Methane is the main component of natural gas. Photosynthesis is the process through which green plants use sunlight to make food for themselves out of carbon dioxide and water, releasing oxygen as a byproduct. Artificial photosynthesis often aims to produce hydrocarbon fuels, similar to natural gas or gasoline, from the same starting materials.

The methane-generating method is made possible by a new catalyst developed through a collaboration among the University of Michigan, McGill University and McMaster University. A paper on the findings is published in Proceedings of the National Academy of Sciences.

Thirty percent of the energy in the US comes from natural gas. If we can generate green methane, it’s a big deal.” Zetian Mi, Professor of Electrical Engineering and Computer Science
Tweet

The solar-powered catalyst is made from abundant materials and works in a configuration that could be mass produced. The researchers think that it could be recycling smokestack carbon dioxide into clean-burning fuel within five to ten years.

“Thirty percent of the energy in the US comes from natural gas,” said Zetian Mi, a professor of electrical engineering and computer science at U-M, who co-led the work with Jun Song, a professor of materials engineering at McGill University. “If we can generate green methane, it’s a big deal.”

The chief advance is that the team has harnessed relatively large electrical currents with a device that should be possible to mass produce. It’s also especially good at channeling that electricity toward forming methane, with half of the available electrons going toward methane-producing reactions rather than toward byproducts like hydrogen or carbon monoxide.

“Previous artificial photosynthesis devices often operate at a small fraction of the maximum current density of a silicon device, whereas here we operate at 80 or 90 percent of the theoretical maximum using industry-ready materials and earth abundant catalysts,” said Baowen Zhou, a postdoctoral researcher in Mi’s group working on this project.

Turning carbon dioxide into methane is a very difficult process. The carbon must be harvested from CO2, which requires a lot of energy because carbon dioxide is one of the most stable molecules. Likewise, H2O must be broken down to attach the hydrogen to the carbon. Each carbon needs four hydrogen atoms to become methane, making for a complicated eight-electron dance. (Each carbon-hydrogen bond has two electrons in it, and there are four bonds.)

The design of the catalyst is critical to the success of the reaction. “One million-dollar question is how to quickly navigate through the enormous materials space to identify the optimal recipe,” said Song.

His team’s theoretical and computational work identified the key catalyst component: nanoparticles of copper and iron. The copper and iron hold onto molecules by their carbon and oxygen atoms, buying time for hydrogen to make the leap from the water molecule fragments onto the carbon atom. 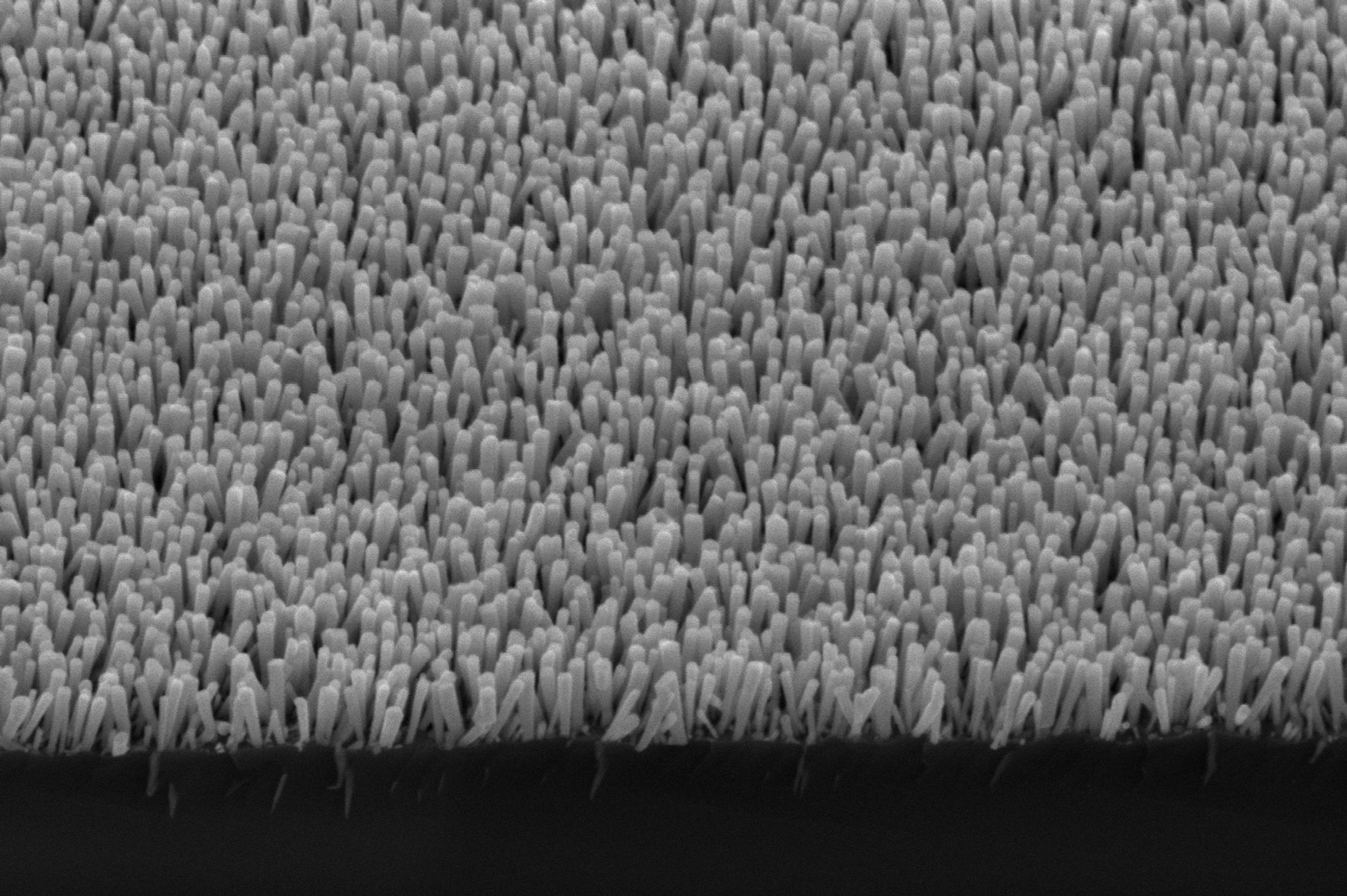 The device is a sort of solar panel studded with nanoparticles of copper and iron. It can use the sun’s energy or an electrical current to break down the carbon dioxide and water. The base layer is a silicon wafer, not unlike those already in solar panels. That wafer is topped with nanowires, each 300 nanometers (0.0003 millimeters) tall and about 30 nanometers wide, made of the semiconductor gallium nitride. The arrangement creates a large surface area over which the reactions can occur. The nanoparticle-flecked nanowires are covered with a thin film of water.

The device can be designed to run under solar power alone, or the methane production can be amped up with a supplement of electricity. Alternatively, running on electricity, the device could potentially operate in the dark.

In practice, the artificial photosynthesis panel would need to be connected to a source of concentrated carbon dioxide—for example, carbon dioxide captured from industrial smokestacks. The device may also be configured to produce synthetic natural gas (syngas) or formic acid, a common preservative in animal feed.

U-M holds multiple patents on this catalyst and is seeking partners to bring it to market.

The paper is titled “Highly efficient binary copper−iron catalyst for photoelectrochemical carbon dioxide reduction toward methane.” The research is funded by Emissions Reduction Alberta and the Natural Sciences, Engineering Research Council of Canada, and the Blue Sky Program in the College of Engineering at the University of Michigan. 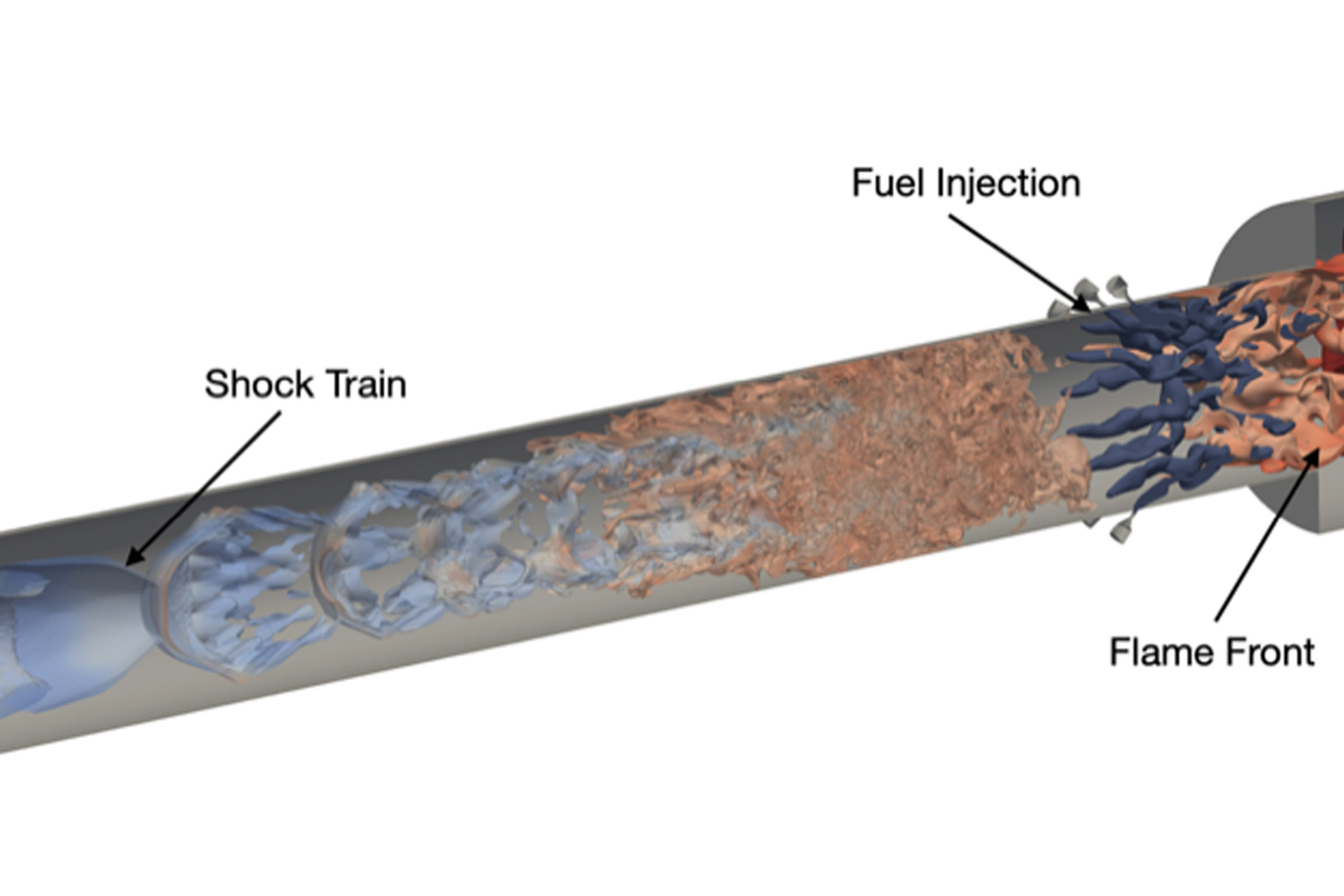