Rather than building up plastic filaments layer by layer, a new approach to 3D printing lifts complex shapes from a vat of liquid at up to 100 times faster than conventional 3D printing processes, University of Michigan researchers have shown.

3D printing could change the game for relatively small manufacturing jobs, producing fewer than 10,000 identical items, because it would mean that the objects could be made without the need for a mold costing upwards of $10,000. But the most familiar form of 3D printing, which is sort of like building 3D objects with a series of 1D lines,  hasn’t been able to fill that gap on typical production timescales of a week or two.

“Using conventional approaches, that’s not really attainable unless you have hundreds of machines,” said Timothy Scott, an associate professor of chemical engineering at U-M, who co-led the development of the new 3D printing approach with Mark Burns, the T.C. Chang Professor of Engineering at U-M.

Their method solidifies the liquid resin using two lights to control where the resin harden—and where it stays fluid. This enables the team to solidify the resin in more sophisticated patterns. They can make a 3D bas-relief in a single shot rather than in a series of 1D lines or 2D cross-sections. Their printing demonstrations include a lattice, a toy boat and a block M.

“It’s one of the first true 3D printers ever made,” said Burns.

But the true 3D approach is no mere stunt—it was necessary to overcome the limitations of earlier vat-printing efforts. Namely, the resin tends to solidify on the window that the light shines through, stopping the print job just as it gets started. By creating a relatively large region where no solidification occurs, thicker resins—potentially with strengthening powder additives—can be used to produce more durable objects. The method also bests the structural integrity of filament 3D printing, as those objects have weak points at the interfaces between layers.

“You can get much tougher, much more wear-resistant materials,” said Scott.
An earlier solution to the solidification-on-window problem was a window that lets oxygen through. The oxygen penetrates into the resin and halts the solidification near the window, leaving a film of fluid that will allow the newly printed surface to be pulled away.

But because this gap is only about as thick as a piece of transparent tape, the resin must be very runny to flow fast enough into the tiny gap between the newly-solidified object and the window as the part is pulled up. This has limited vat printing to small, customized products that will be treated relatively gently, such as dental devices and shoe insoles.

It’s one of the first true 3D printers ever made.Mark Burns, the T.C. Chang Professor of Engineering at U-M
Tweet

By replacing the oxygen with a second light to halt solidification, the Michigan team can produce a much larger gap between the object and the window—millimeters thick—allowing resin to flow in thousands of times faster.

The key to success is the chemistry of the resin. In conventional systems, there is only one reaction. A photoactivator hardens the resin wherever light shines. In the Michigan system, there is also a photoinhibitor, which responds to a different wavelength of light. Rather than merely controlling solidification in a 2D plane, as current vat-printing techniques do, the Michigan team can pattern the two kinds of light to harden the resin at essentially any 3D place near the illumination window.

The University of Michigan has filed three patent applications to protect the multiple inventive aspects of the approach, and Scott is preparing to launch a startup company. 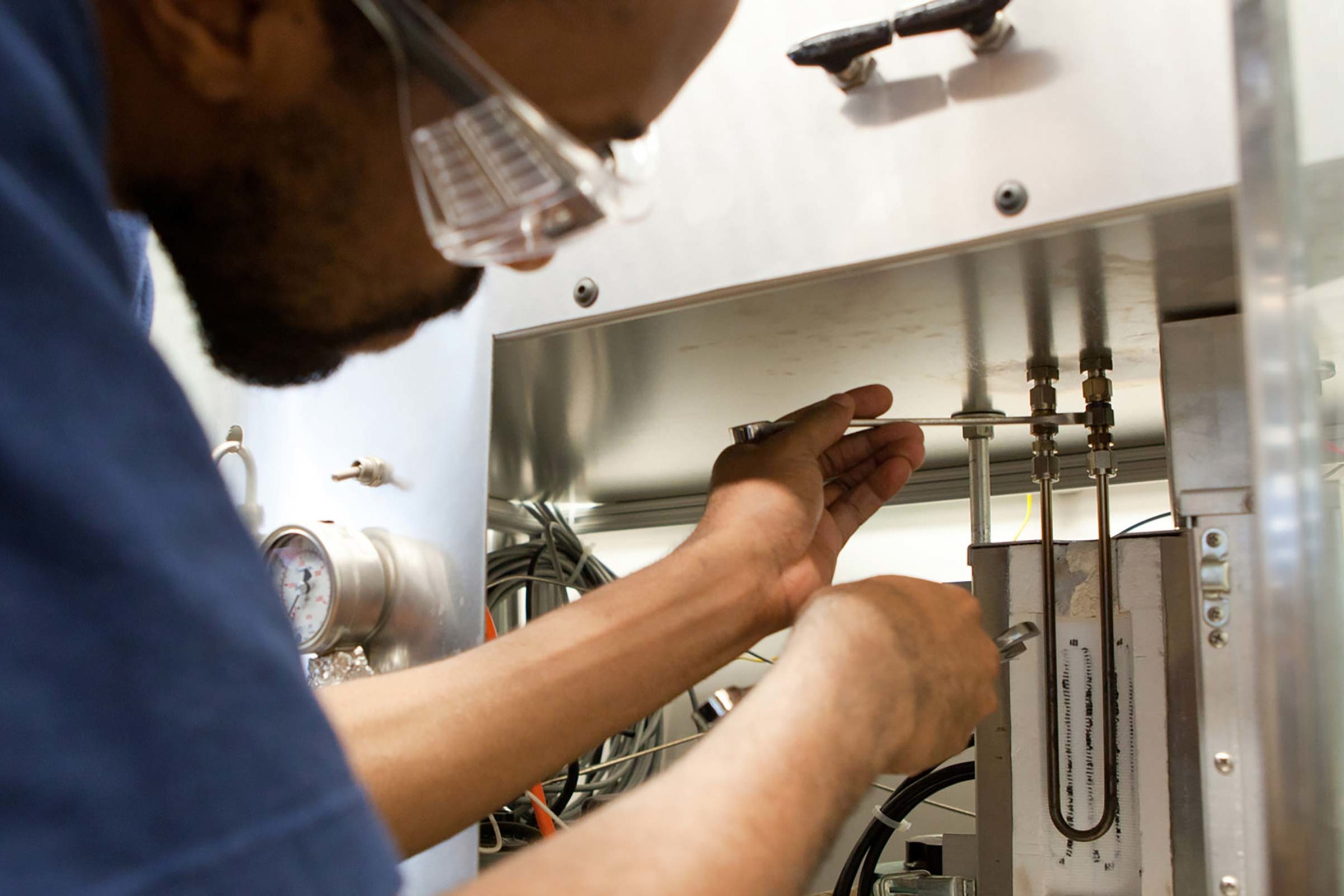 U-M to play a major role in $140M institute headed by the American Institute of Chemical Engineering.| Medium Read

Lithium ion batteries: Why they explode