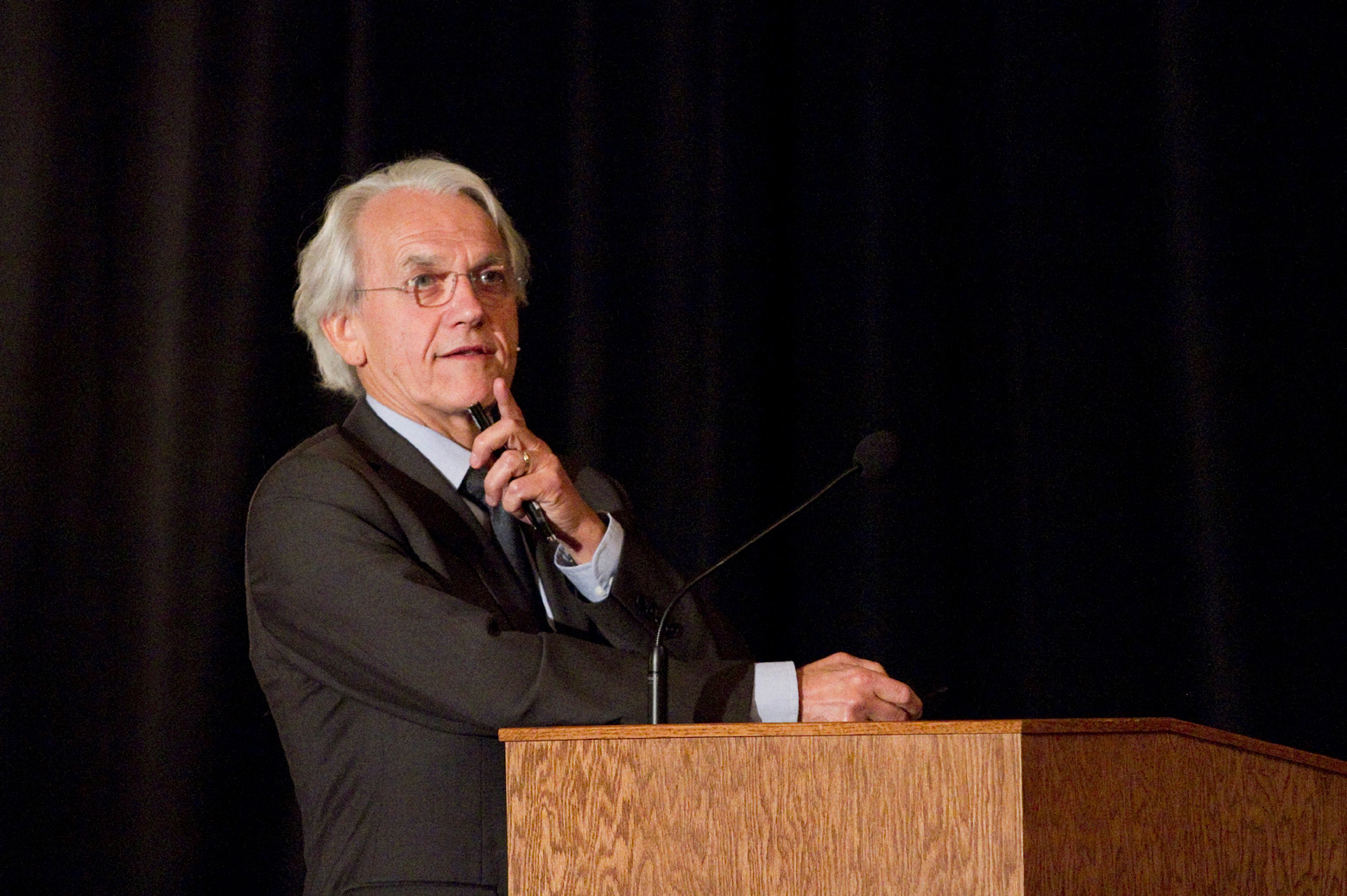 IMAGE:  Gerard Mourou speaks at a symposium in 2011 marking the 50th anniversary of the discovery of nonlinear optics at U-M. Daryl Marshke/Michigan Photography

A University of Michigan emeritus professor and laser pioneer has been honored with the world’s most prestigious prize in physics.

Gérard Mourou, the A.D. Moore Distinguished University Professor Emeritus of Electrical Engineering and Computer Science, is one of three winners of the 2018 Nobel Prize in Physics for “groundbreaking inventions in the field of laser physics.”

Mourou did much of his groundbreaking work while he was a faculty member at U-M for 16 years, retiring in 2004. In 1991, he founded the Center for Ultrafast Optical Science—where the safer, bladeless version of LASIK eye surgery was developed and HERCULES, the world’s most intense laser, was born. CUOS remains one of the world’s best programs in ultrafast lasers.

The “chirped pulse amplification,” or CPA, technique Mourou is honored for developing has revolutionized the field of optics and led to advances in science, engineering and medicine.

“Mourou is a visionary,” said Herbert Winful, an Arthur F. Thurnau Professor of Electrical Engineering and Computer Science and one of Mourou’s nominators.

“Chirped pulse amplification has made possible the most powerful laser systems in the world. It has had applications that range from fundamental science—like creating elementary particles, accelerating particles to extreme energies and really probing the processes that go on in matter—all the way to materials processing and medicine.” 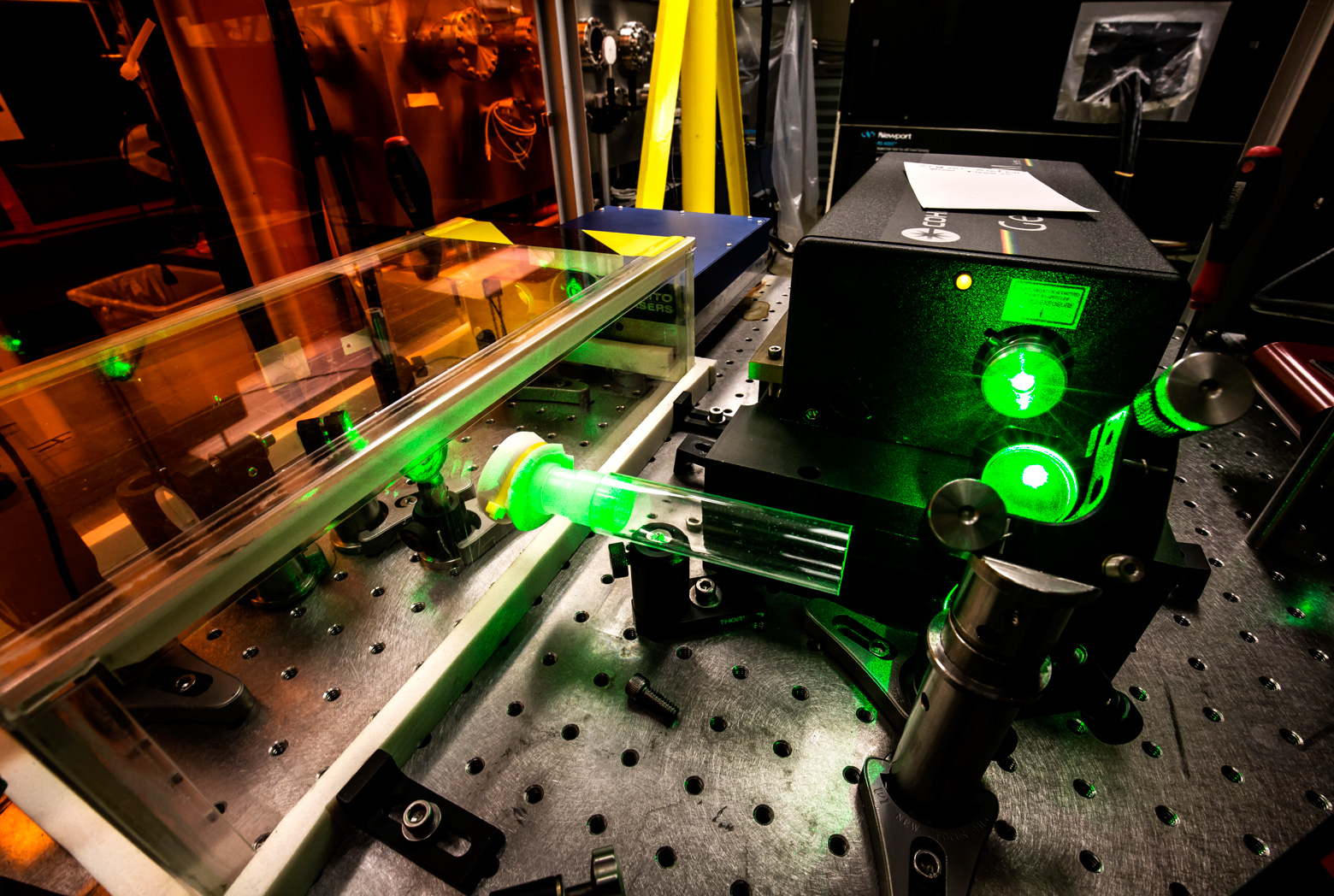 CPA boosts the peak power of ultrashort light pulses to levels that can exceed several petawatts. A petawatt is a quadrillion watts, or roughly 1/200th of the total power of sunlight striking the Earth’s atmosphere. The technique relies on grooved surfaces called diffraction gratings to stretch a very short duration laser pulse so that it lasts 50,000 times longer. This stretched pulse can be amplified to much higher energy without damaging the optics in its path. It can then be compressed, reversing the stretching and squeezing the laser pulse until it’s close to its original duration. The beam can then be focused to ultra-high intensity.

Mourou brought the technique and his team with him when he came to U-M from Rochester. And here, they advanced the CPA approach and developed applications, Winful said.

IntraLase, a U-M spinout company Mourou co-founded to commercialize the bladeless LASIK technique, has used it on more than 5 million patients. In bladeless LASIK, a scalpel is replaced by an ultraprecise laser, making the procedure safer and easier for both patients and opthamologists.

Materials science researchers have used short pulse lasers both at Michigan and at national laboratories to attempt to detect the microscopic origins of cracks in materials that can lead to failures, without damaging the material in the process. Applications include nondestructive testing of airplane turbine blades.

HERCULES holds the Guinness World Record for highest-intensity focused laser. Its beam is more intense than what would result if you could hold a giant magnifying glass in space and focus all the sunlight shining toward Earth onto one grain of sand, researchers say.

Recently the laser’s power (not its intensity) received a $2 million upgrade funded by the National Science Foundation. With more laser energy to focus, U-M researchers and collaborators from around the world can make better tabletop devices that produce particle and X-ray beams for medical and national security applications—and also explore mysteries in astrophysics and the quantum realm.

“We’re immensely proud of Mourou and Strickland and the important work they did to move laser technology forward and to bring it from the lab to the outside world,” said Alec D. Gallimore, the Robert J. Vlasic Dean of Engineering, the Richard F. and Eleanor A. Towner Professor, an Arthur F. Thurnau Professor, and a professor both of aerospace engineering and of applied physics.

“The University of Michigan has a tradition of leadership in optics — from the invention of the ruby maser, which was a precursor to the laser, to the development of nonlinear optics, and today’s Center for Ultrafast Optical Science, where Mourou’s ingenuity lives on.”

Mourou’s impact on the next generation

Mourou’s contributions go beyond the research realm, says Karl Krushelnick, a professor of nuclear engineering and radiological sciences who worked with Mourou.

“He has a boundless enthusiasm for his research field,” Krushelnick said, “and that was able to inspire his co-workers and many generations of students.”

Ted Norris saw this first hand. Norris, who is now the Gerard A. Mourou Collegiate Professor of Electrical Engineering and Computer Science, joined Mourou’s group as a junior grad student.

“He treated his students like colleagues, equal scientists, from day one,” Norris said. “That meant he had high expectations for you to contribute original ideas and be part of a team to accomplish something. He did not treat his students as employees, laying out projects and tasks for them to do.”

[Mourou] has a boundless enthusiasm for his research field, and that was able to inspire his co-workers and many generations of students.Karl Krushelnick, a professor of nuclear engineering and radiological sciences who worked with Mourou
Tweet

Mourou also had appointments in the Department of Physics and Applied Physics Program, where he was key in establishing the Frontiers of Optical Coherent and Ultrafast Science (FOCUS), one of the first frontier centers funded by the National Science Foundation. FOCUS was a multidisciplinary center that also included faculty from Michigan Engineering’s Center for Ultrafast Optical Science and the Department of Chemistry and the University of Texas.