by Zach Robertson
Michigan Engineering
July 10, 2018
The 2018 American Solar Challenge will be a real test for a young team.| Short Read
Enlarge 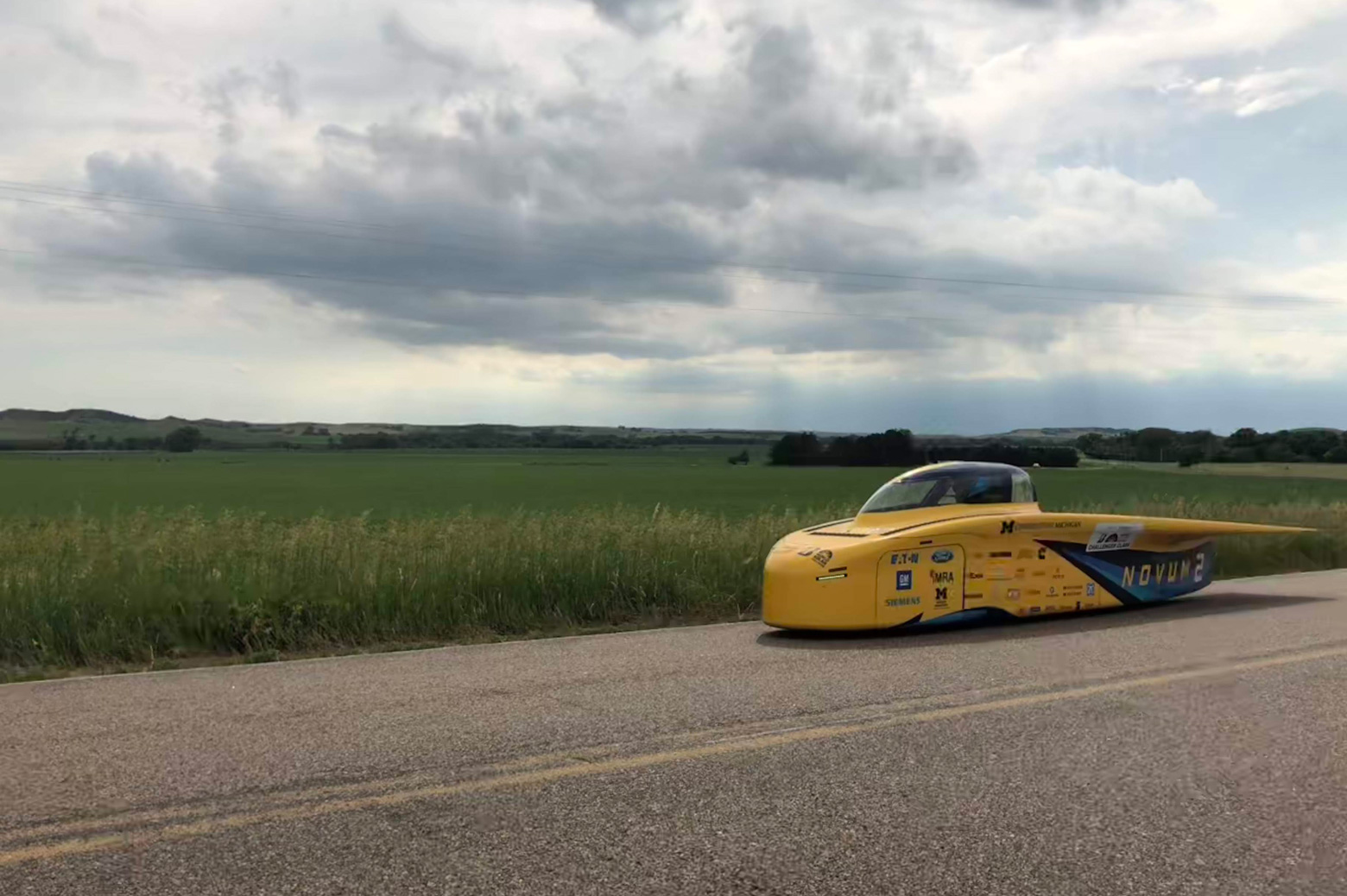 IMAGE:  The University of Michigan solar car Novum contends with clouds during a practice run on the American Solar Challenge race route. Photo by Lynne Bekdash

To this day, traversing the Oregon Trail takes grit. Next week, 21 collegiate solar car teams will be put to the test across its winding roads, expansive vistas and cloud-piercing mountains in the 2018 American Solar Challenge. 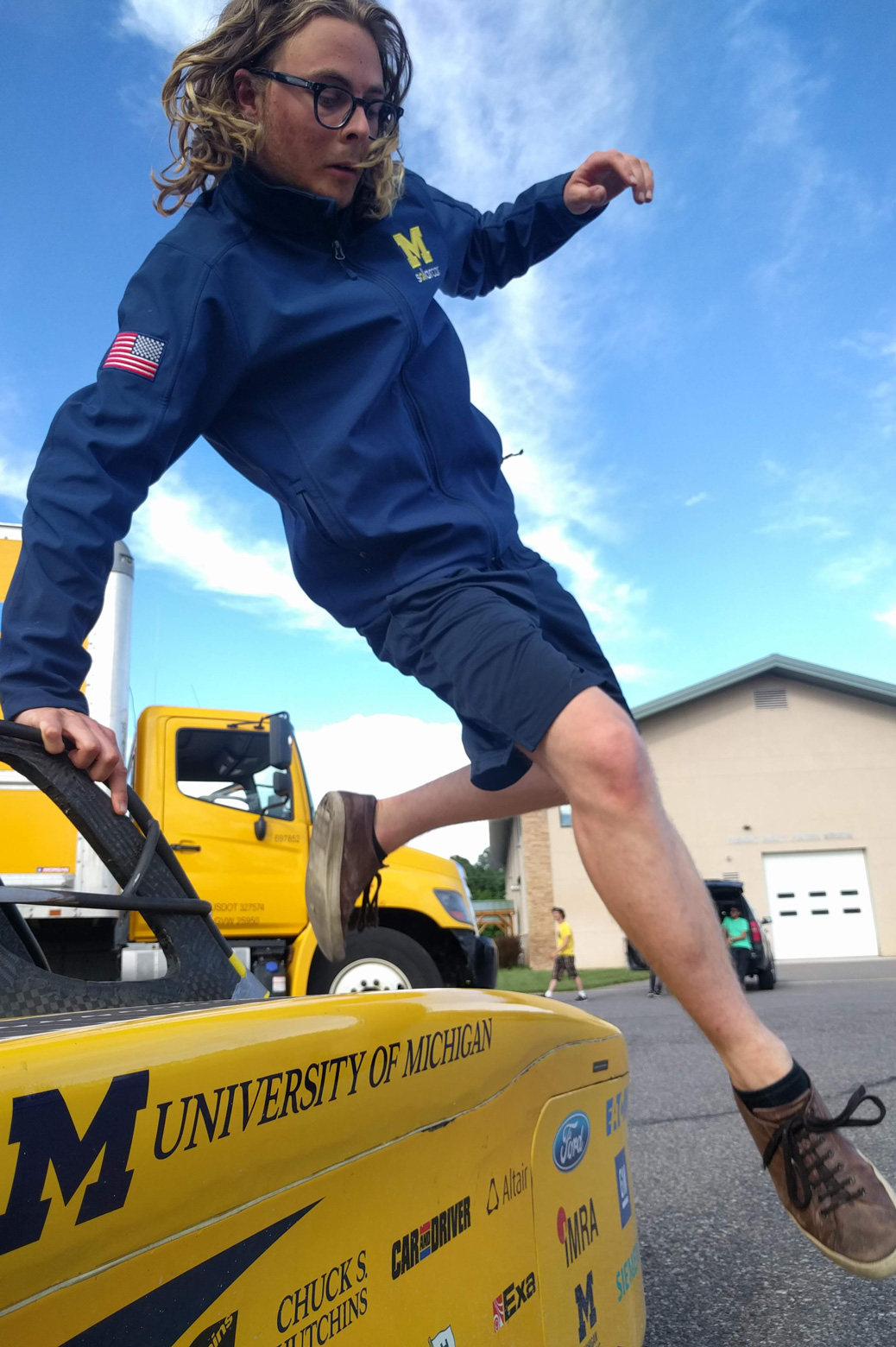 IMAGE:  Filip Platek, a driver on the University of Michigan Solar Car Team and an aerospace engineering undergrad student, exits Novum at a checkpoint during a practice race. Photo by Noah Bearman

U-M will be racing Novum, which is coming off the team’s most successful race finish ever. It placed second in the World Solar Challenge in Australia in 2017. The bullet-shaped vehicle is the smallest and most aerodynamic U-M has ever built. It has only one hull, which is a radical departure from the proven catamaran design that dominates the field. It’s the only car like it that will race in this year’s American Solar Challenge.

But the terrain and the students on the team are different than they were at Novum’s last stand. The World Solar Challenge runs through the flat Australian desert, but the American race will cross the Rocky Mountains.

“This year’s race has a total elevation change of about 1,000 meters, which is a new thing for Novum that significantly alters the way we strategize our race,” said Lim. “This was always on our minds as we prepared, and something that stuck out to me when we first learned of the route. But it’s a challenge we can handle.”

The team added a supplemental solar array—a small panel that must be stored in the car when it’s moving, but can be utilized at stops to recharge faster. The team also had to adjust Novum’s roll cage and canopy to comply with race regulations. These changes meant the team had to do additional testing to ensure the changes to the vehicle didn’t have a negative impact on race performance. 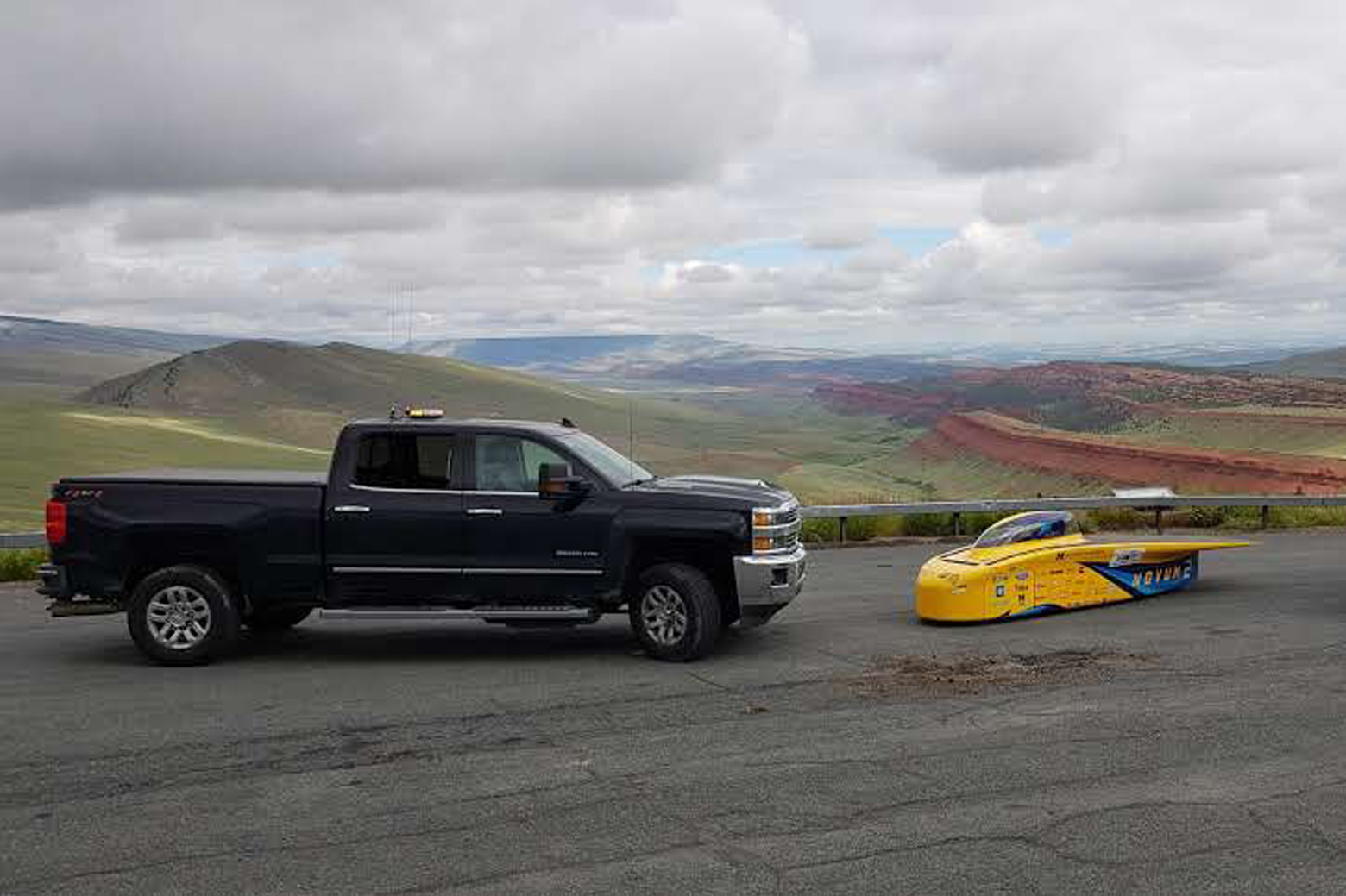 IMAGE:  Novum with another one of the vehicles in the University of Michigan Solar Car Team's caravan. When it's on the road, Novum travels in a caravan behind the lead vehicle and in front of the chase vehicle. Photo by Rishabh Goel

This year’s team is very young with only its engineering director having prior race experience. Still, project manager Noah Bearman, a rising senior studying computer science, says the team learned a lot in preparation for this year’s race.

They’ve given the route a test run to practice checkpoint procedures, array pointing procedures, and radio protocol; settle in on race roles, and familiarize themselves with the roads ahead of them.

“With only one member who has race and manufacturing experience, we feel a real sense of accomplishment with how effective we are on the road now,” said Bearman. “There’s no better feeling than seeing Novum pull away and roll all day without a problem. Ask anyone on the team and they will tell you the same—and it didn’t come free. We have worked tirelessly to get here and won’t stop until we bring that trophy home again for Michigan.”

We have worked tirelessly to get here and won't stop until we bring that trophy home again for Michigan.Noah Bearman
Tweet

The U-M Solar Car Team is comprised of students from a wide variety of disciplines. Students from across campus work together to design, build and race a completely solar-powered electric vehicle. The team has a 28-year history including nine wins in the American Solar Challenge, and six podium finishes in the World Solar Challenge. Major sponsors include Eaton, Ford, GM, IMRA, Siemens, and the College of Engineering. 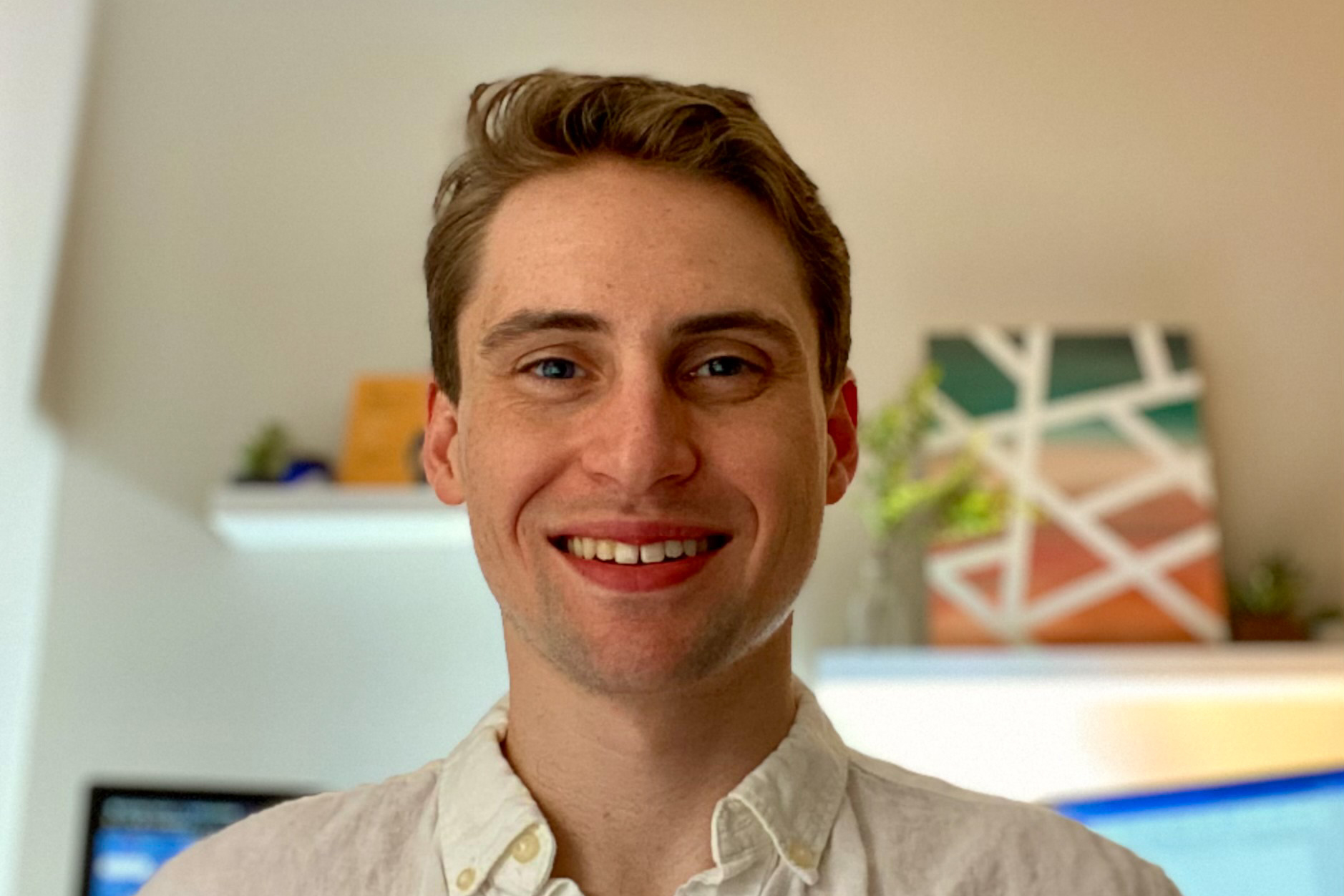