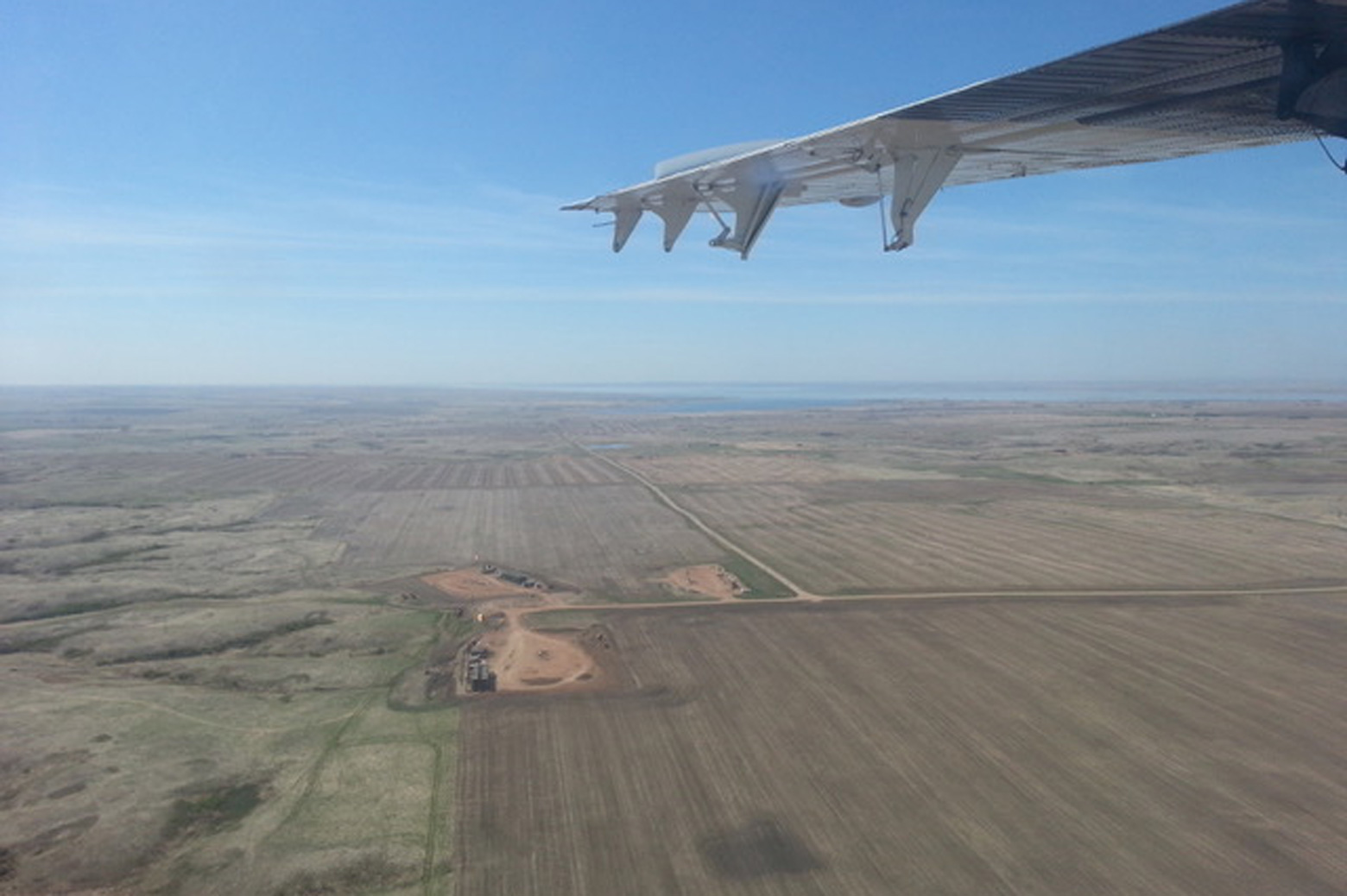 IMAGE:  The Bakken shale in North Dakota, including representative fossil fuel infrastructure, as seen from onboard the NOAA Twin Otter aircraft during research flights in Spring 2014. Image credit: Mackenzie Smith, University of Michigan.

The U.S. oil and gas industry emits 13 million metric tons of methane from its operations each year—nearly 60 percent more than current estimates, according to a national study that included University of Michigan researchers.

Published in the journal Science, the study estimates that the current leak rate from the U.S. oil and gas system is 2.3 percent versus the Environmental Protection Agency’s current inventory estimate of 1.4 percent.

While the percentages seem small, the volume represents enough natural gas to fuel 10 million homes—lost gas worth an estimated $2 billion, the researchers say.

The study was led by Environmental Defense Fund researchers, with support from 19 co-authors from 15 other institutions and integrates more than half a decade of research by a large community of scientists.

“This work pulls together an extensive set of analyses done in the last five years to determine our current best estimate of methane emissions from the oil and gas sector in the U.S.,” said study co-author Eric Kort, U-M assistant professor of climate and space sciences and engineering. “In this synthesis, we found consistency between emissions estimated with atmospheric observations and new bottom-up estimates generated using site-level data.

“This consistency suggests we have a handle on why emissions are higher than previously thought, with implications for both mitigation and generating accurate inventory estimates.”

Methane is a highly potent greenhouse gas, with over 80 times the warming impact of carbon dioxide over the first 20 years after it is released. It is also the main ingredient in natural gas and a saleable product when recovered. The higher overall methane leak rate relative to EPA’s current estimate underscores a growing strategic business and environmental challenge for natural gas in an increasingly competitive, lower-carbon economy.

Reducing methane emissions from the oil and gas sector is the fastest, most cost-effective way we have to slow the rate of warming today, even as the larger transition to lower-carbon energy continues.

“This is by far the most comprehensive body of research of its kind,” said EDF chief scientist Steven Hamburg, who is a co-author of the study. “Scientists have uncovered a huge problem, but also an enormous opportunity. Reducing methane emissions from the oil and gas sector is the fastest, most cost-effective way we have to slow the rate of warming today, even as the larger transition to lower-carbon energy continues.”

The International Energy Agency estimates industry can reduce their worldwide emissions by 75 percent—and that up to two-thirds of those reductions can be realized at zero net cost.