by Gabe Cherry
Michigan Engineering
May 31, 2018
‘We estimate that a finished solar cell could be about ten times cheaper than an equivalent gallium arsenide cell.’ | Medium Read
Enlarge 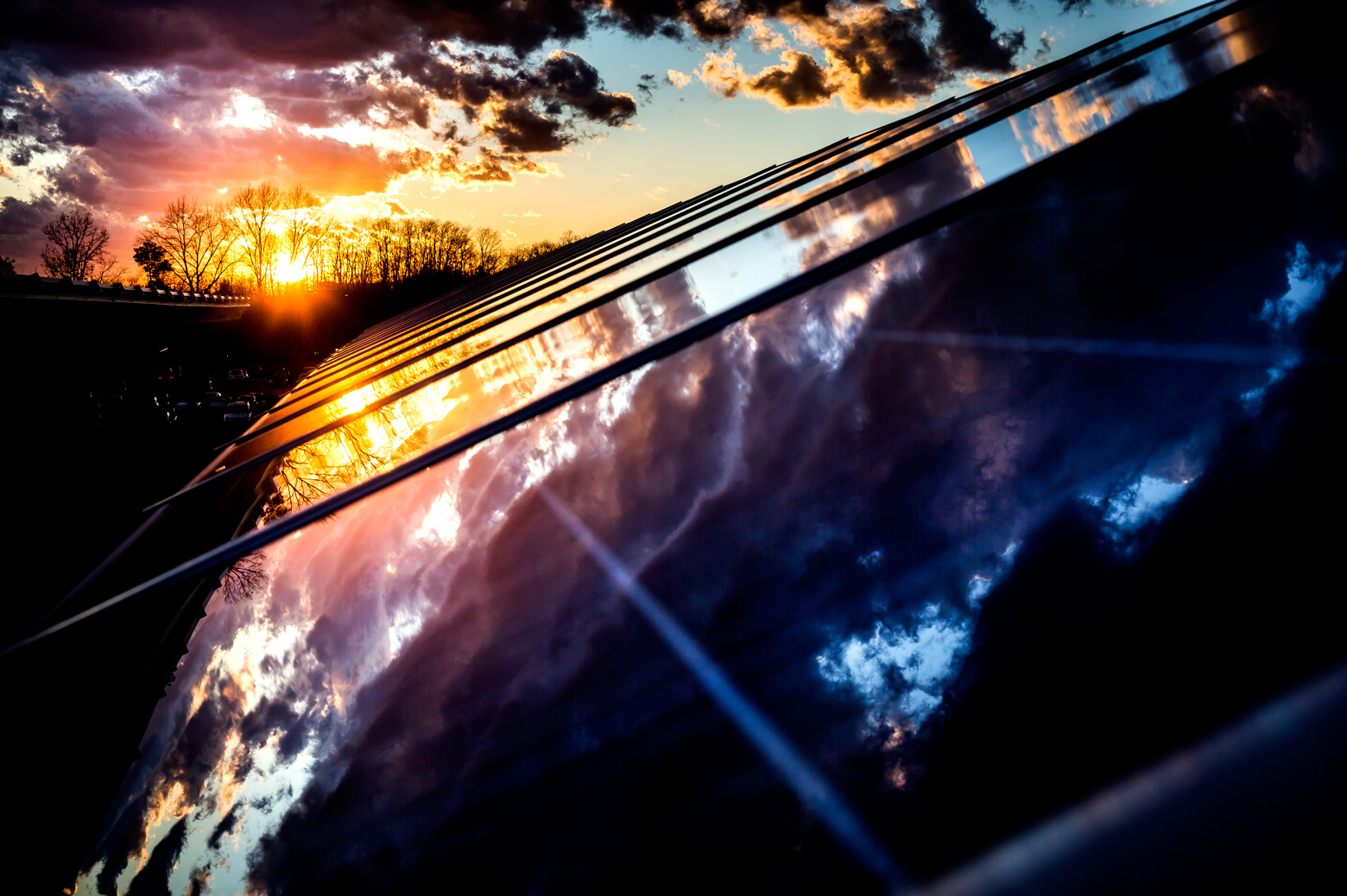 Materials science is moving us closer to the era of “solar everywhere,” says Pierre Ferdinand Poudeu-Poudeu, associate professor of materials science and engineering at Michigan Engineering.

Poudeu led a team of researchers that uncovered a new material that could help usher in the next generation of high-efficiency, low-cost, environmentally friendly solar cells. Their paper, “Sustainable p-type copper selenide solar material with ultra-large absorption coefficient,” was recently published in RSC Chemical Science. Poudou answered questions about the work and its implications.

Why is it important to develop new types of solar cells?

For solar energy to reach its potential, we need to embrace “solar everywhere.” This is the idea of putting lightweight, unobtrusive solar cells into everyday objects like buildings, cars and clothing. Right now, materials scientists like me are working to find new materials that will make that feasible.

For solar energy to reach its potential, we need to embrace ‘solar everywhere.’ … Right now, materials scientists like me are working to find new materials that will make that feasible.Pierre Ferdinand Poudeu-Poudeu
Tweet

Why can’t we use the kinds of solar cells that already exist?

The silicon-based solar cells you see on rooftops are too big and bulky to be unobtrusively built into everyday objects. They also take a lot of energy to manufacture and transport, and they’re only about 20 percent efficient.

Gallium arsenide is an alternative to silicon that’s in use today—in fact it’s used in Novum, the U-M solar car. Gallium arsenide cells can be made thinner than silicon and they’re very efficient, approaching 40 percent. The material absorbs light very well and also has electronic properties that make it good for solar cells.

The problem is that gallium is rare—rarer than gold. There isn’t enough of it in the Earth’s crust to make all the solar cells we’re going to need. Arsenic, of course, is toxic, which presents environmental challenges.

Our team has been working to develop a material that has the advantages of gallium arsenide, without its cost or toxicity.

How are your new findings working toward a solution?

We’ve created a material that’s made of copper, selenium and titanium, processed in a way that combines the atoms of all three elements into a new crystal structure. It absorbs light as well as gallium arsenide in our testing. Copper, selenium and titanium are all readily available, non-toxic materials that cost about a fifth as much as gallium arsenide. 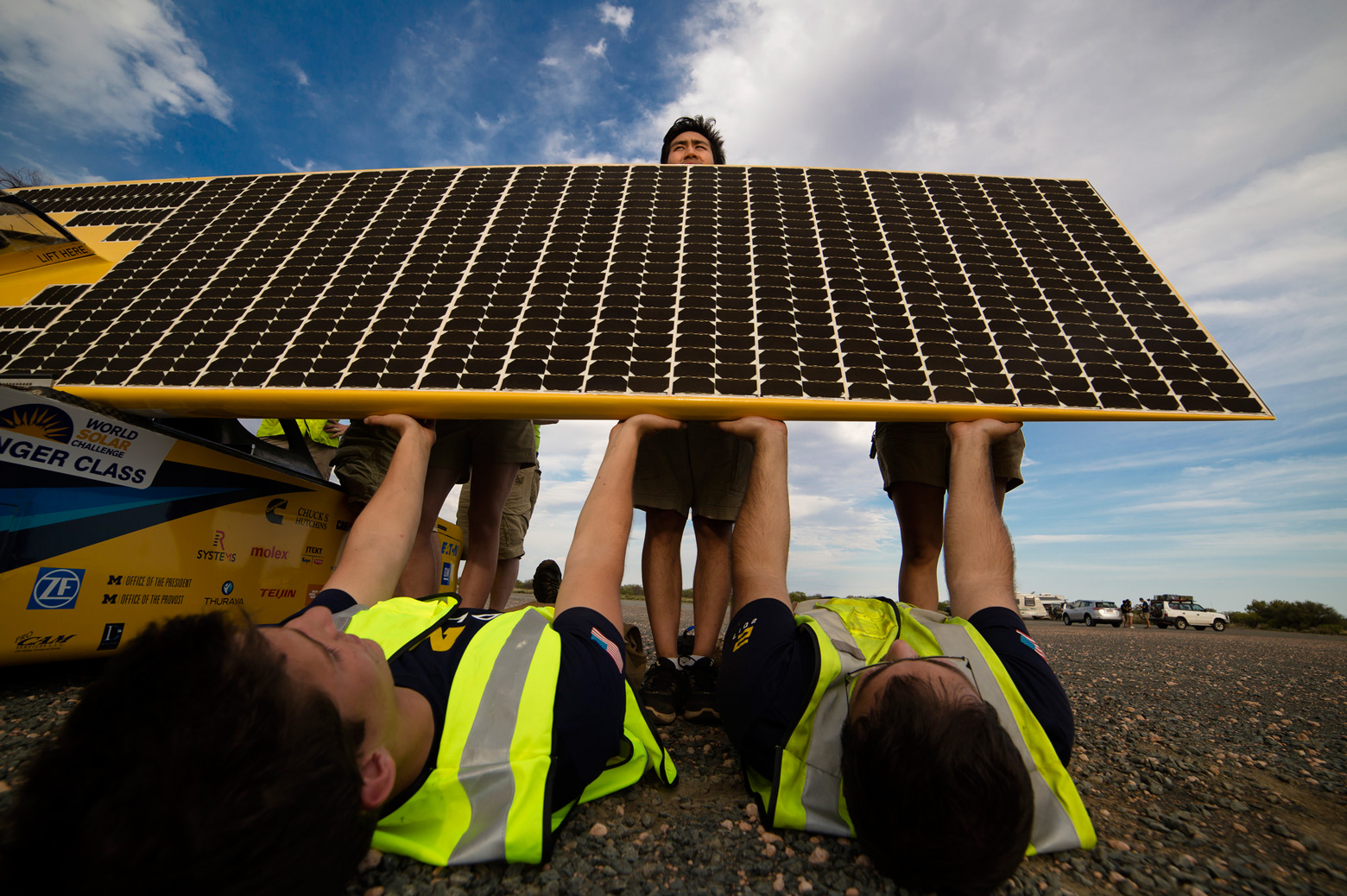 IMAGE:  Alan Li, lead strategist for the Michigan Solar Car Team, helps hold the solar car Novum's gallium arsenide solar cells during a change to the car’s charging configuration. The new material described in the paper could enable cells that are as efficient as gallium arsenide, but thinner, cheaper and less toxic. PHOTO: Evan Dougherty

Our new material is also much cheaper to process. Making a thin film of gallium arsenide requires an expensive process called molecular beam epitaxy, but our new material can be processed using a less expensive method called powder and pulse laser deposition.

In addition, our material can be made into a thinner film than gallium arsenide, which requires less raw material and makes the finished product lighter and easier to work with. All things considered, we estimate that a finished solar cell could be about ten times cheaper than an equivalent gallium arsenide cell.

How did you arrive at this particular solution?

On a basic level, we take atoms of individual elements and arrange them into a crystal structure called a lattice. This project built on a previous material that used two atoms of copper, two atoms of indium and four atoms of selenium. This gave us the properties we wanted, but indium is somewhat toxic and very expensive. Also, a compound with only eight atoms leaves a lot of vacant spaces in the lattice, and that causes defects.

So, we devised a process that replaced the two atoms of indium with two additional atoms of copper and one atom of titanium. This eliminated the need for indium, and because it uses more atoms, it has fewer defects.

What are the next steps for your research? How long before we see this technology in a solar cell?

We’re at least three years from using this in a prototype solar cell. The first step is to change the compound’s electronic properties to make it more suitable for solar energy use; we believe we can do this by making small changes to the way we process the material. Provided that goes well and we get the efficiency we need, we can then start work on a proof-of-concept solar cell. 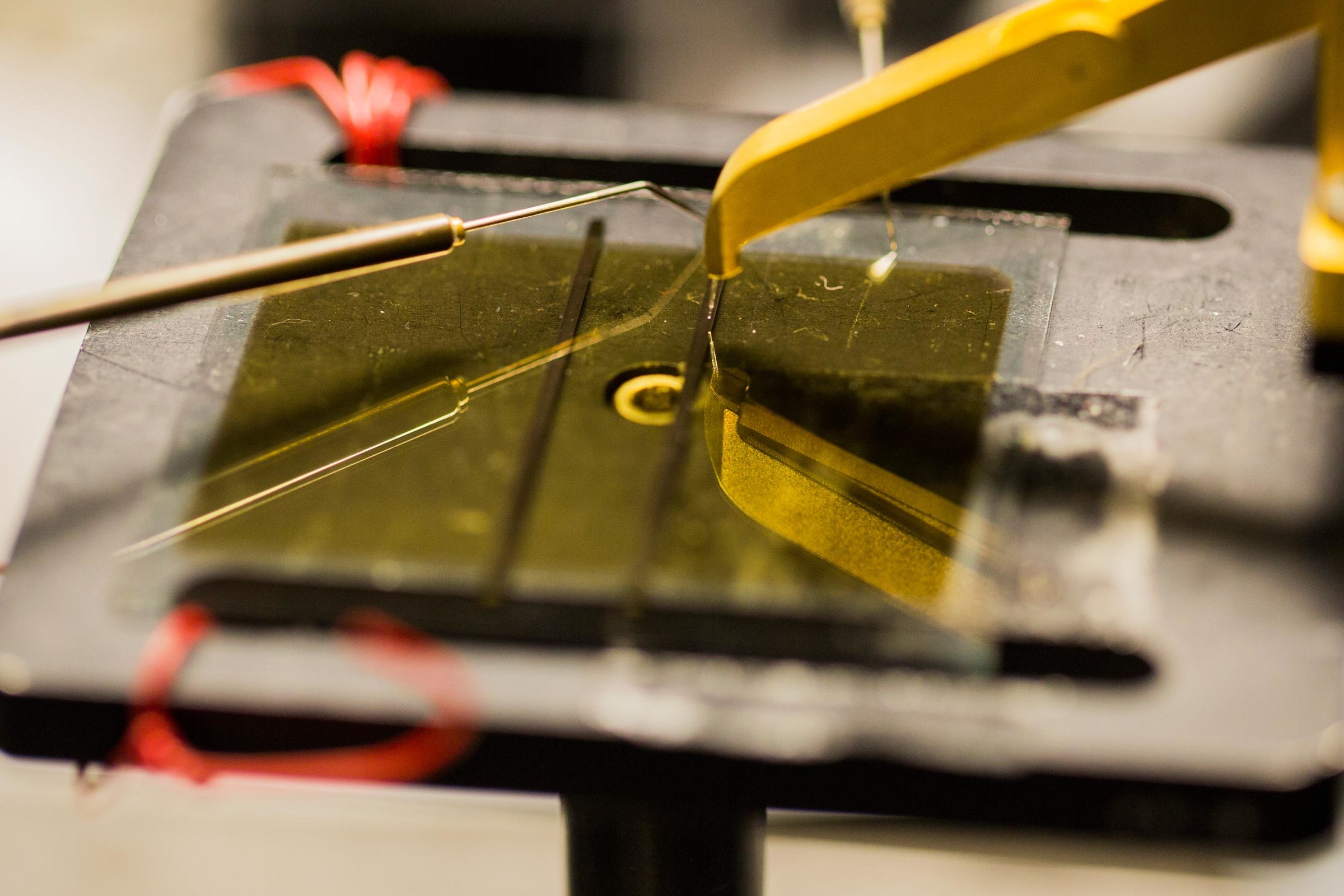 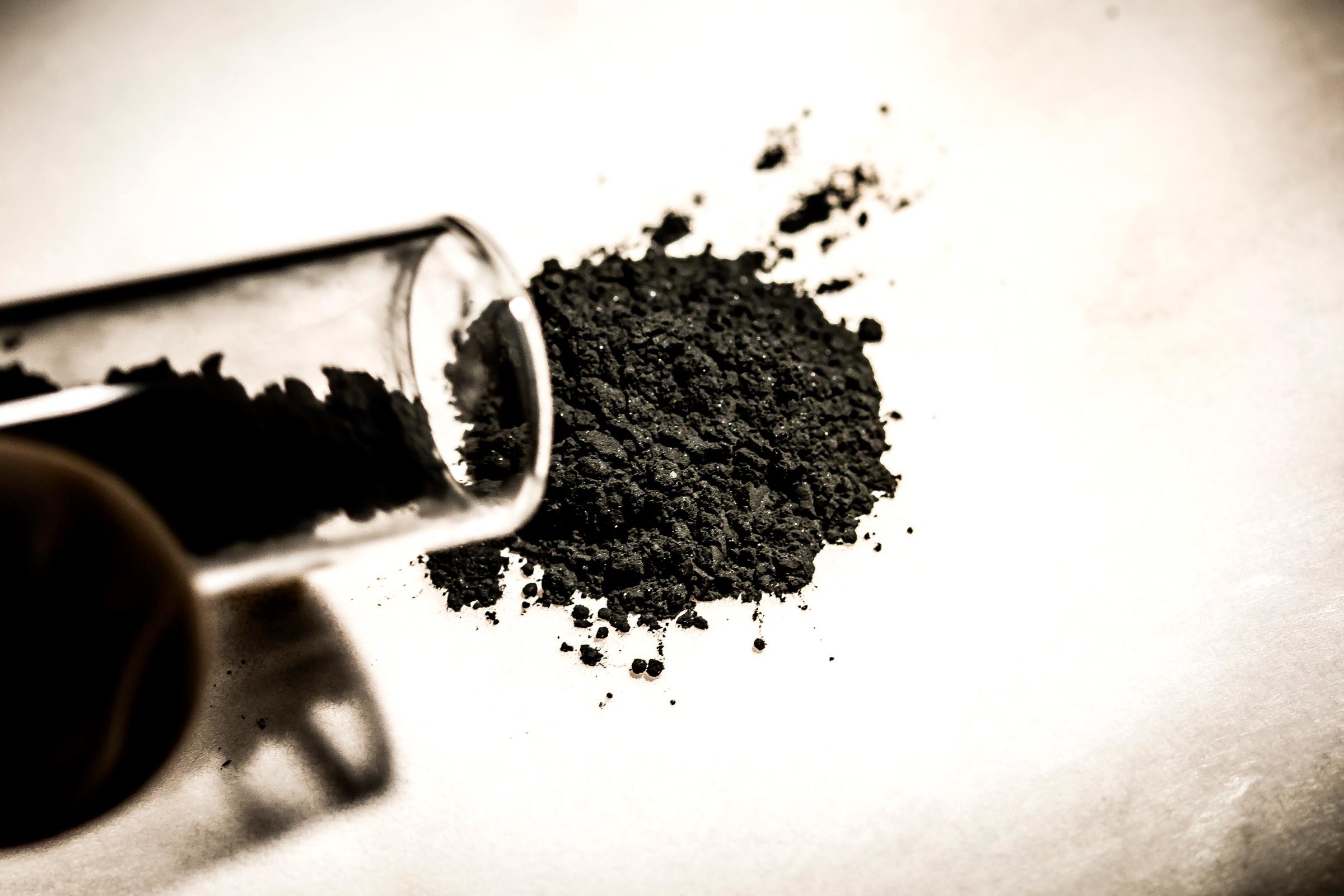 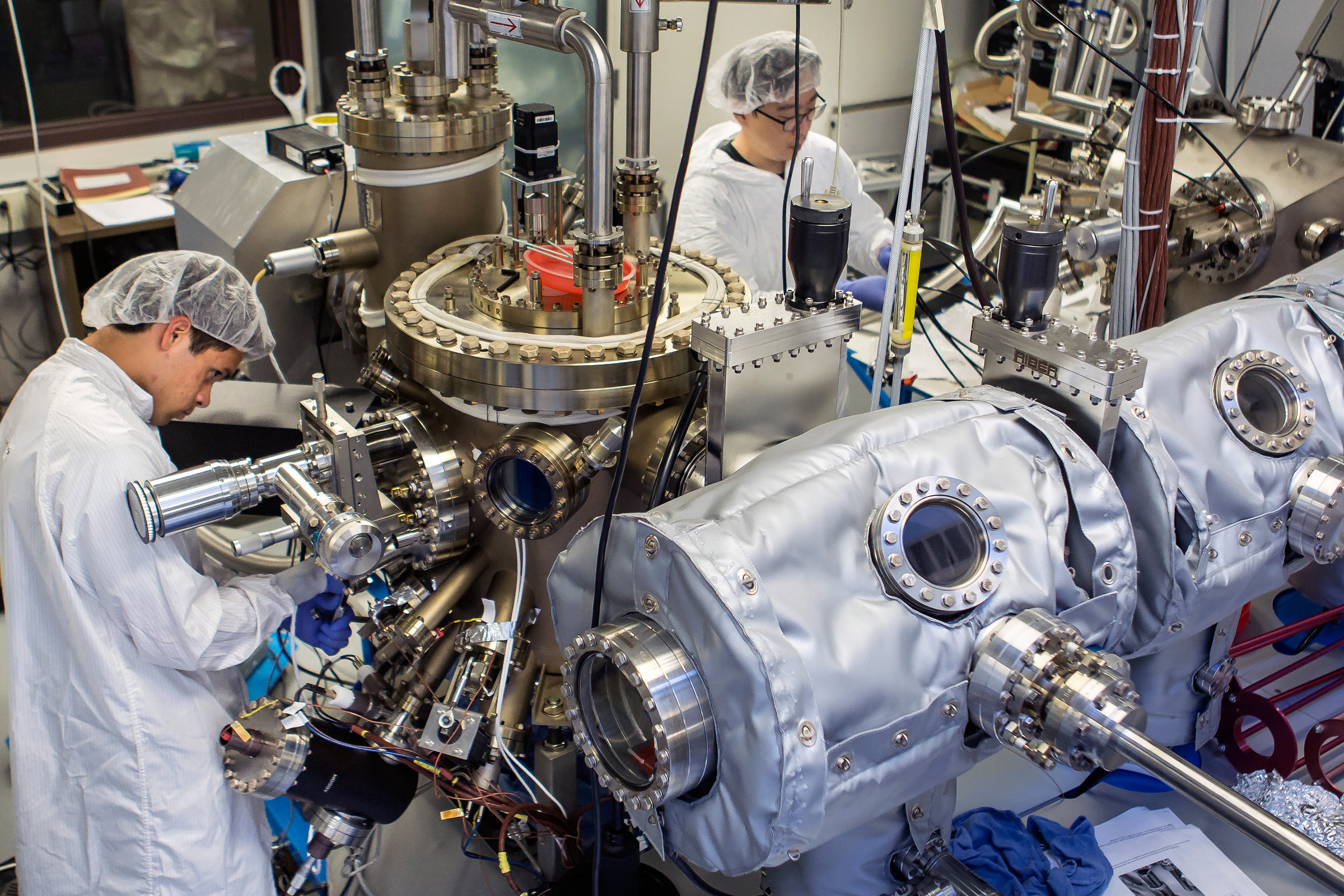