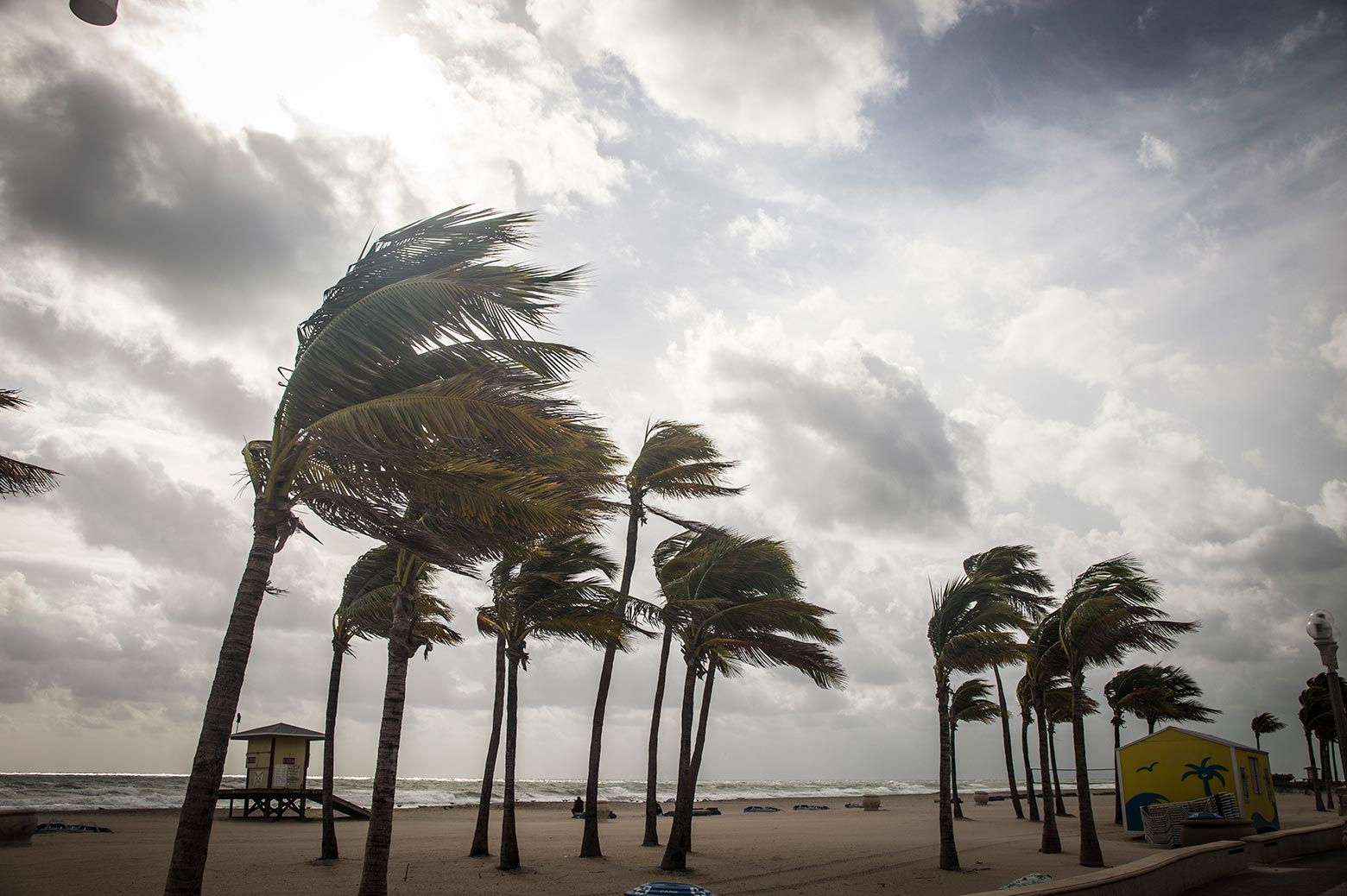 IMAGE:  Irma is already one of the strongest Atlantic hurricanes on record. Photo: Getty Images

Hurricane Irma has been described as the strongest Atlantic storm on record. Michigan Engineering faculty members are providing power outage forecasts, tracking its intensification and working to design more resilient infrastructure and communities.

Seth Guikema, assistant professor of industrial and operations engineering and civil and environmental engineering, and colleagues have generated a power outage forecast that they will update regularly. Guikema uses big-data analytics to predict the hurricane’s effects and enable power companies, first responders and others to deploy resources more efficiently.

“As the storm progresses, we will be updating our power outage model, which is publicly available,” he said. “Our model provides information for utilities planning for the restoration and also for citizens, government agencies, and other private and public entities to help them make more informed decisions about how to prepare for and respond to this storm.”

Chris Ruf, professor of climate and space sciences and engineering, and colleagues have been monitoring Irma’s intensification in the CYGNSS Science Operations Center in the Space Research Building. NASA’s CYGNSS, or Cyclone Global Navigation Satellite System, is a constellation of eight microsatellite observatories that track storm intensification in unprecedented detail. Today, this process is not well understood and storms are expected to increase in intensity due to climate change. CYGNSS tracks wind speed data at tropical hurricane latitudes across the globe, taking 32 measurements per second. It launched in December and Irma is the second storm it has probed. Read more about CYGNSS.

“The CYGNSS Science Operations Center has been very busy all week determining when the satellites will be over Irma and constructing commands that were uplinked to the satellites to activate high resolution science modes during those overpasses,” Ruf said. “We will be monitoring the successful activation of those commands over the rest of the week, up to landfall and beyond. This is the same procedure that was followed with Harvey leading up to and after its landfall in Texas. The measurements will be used to improve our understanding of the underlying physical processes that drive the storms. This will ultimately lead to improvements in our ability to forecast them.”

Sherif El-Tawil is a professor of civil and environmental engineering who studies natural hazards engineering and community resilience.

“One issue that most people do not fully appreciate is that disasters are compounded by interactions that occur during or after the initiating event. In many cases, interactions that are not well understood or thought to be too remote turn out to be particularly impactful,” he said.

In the recent Hurricane Harvey, for example, the storm surge created fast-moving debris, which downed live power lines. The downed lines were hidden under standing water leading to electrocution hazards.

An ongoing research study at U-M is investigating how such interactions occur and propagate during disasters. The objective of the study, which is funded by the National Science Foundation, is to develop simulation tools that can be used by policy makers to better prepare their communities for extreme events.

El-Tawil also discussed the extent to which our infrastructure will be able to withstand the storms of the future.

“It is fair to say that climate change is challenging our long established risk models, especially for wind-based disasters. In other words, what we now think of as a 1-in-500 year event may no longer be such a low probability incident as storms intensify as a result of climate change,” he said. “Since it is not yet clear how climate change affects storm intensity, it is hard to predict how the hazard level will grow and make our communities more vulnerable. However, indications are that the risk is growing.”

This is compounded by increases in population and movement toward more urban areas that are susceptible to natural hazards, added Jason McCormick, associate professor of civil and environmental engineering.

“Whether from climate change or a better understanding of the natural hazards affecting a region, it is clear that the models which have provided the loads for which our infrastructure is designed may be underestimating the potential hazard leading to an increase in the vulnerability of a region’s built infrastructure,” McCormick said.

At the same time, he added, design codes are regularly updated, so the populations that are most vulnerable are those in older infrastructure.

Hurricanes are some of the most destructive forces in nature,” said Seymour MJ Spence, assistant professor of civil and environmental engineering.

“While the extreme wind speeds that occur during hurricanes are perhaps the most easily recognizable symbol of hurricanes, it is the associated storm surge, wind-borne debris and wind driven rain that causes the vast majority of casualties and property damage during these events,” Spence said. “Because of the interdependencies that exist between these phenomena, predicting the potential for damage of a coastal community is a complex engineering task. Recent advances in these areas are beginning to provide the means to find solutions. However, there are still many hurdles to overcome. Events such as Irma remind us of the need to act swiftly in finding answers.”