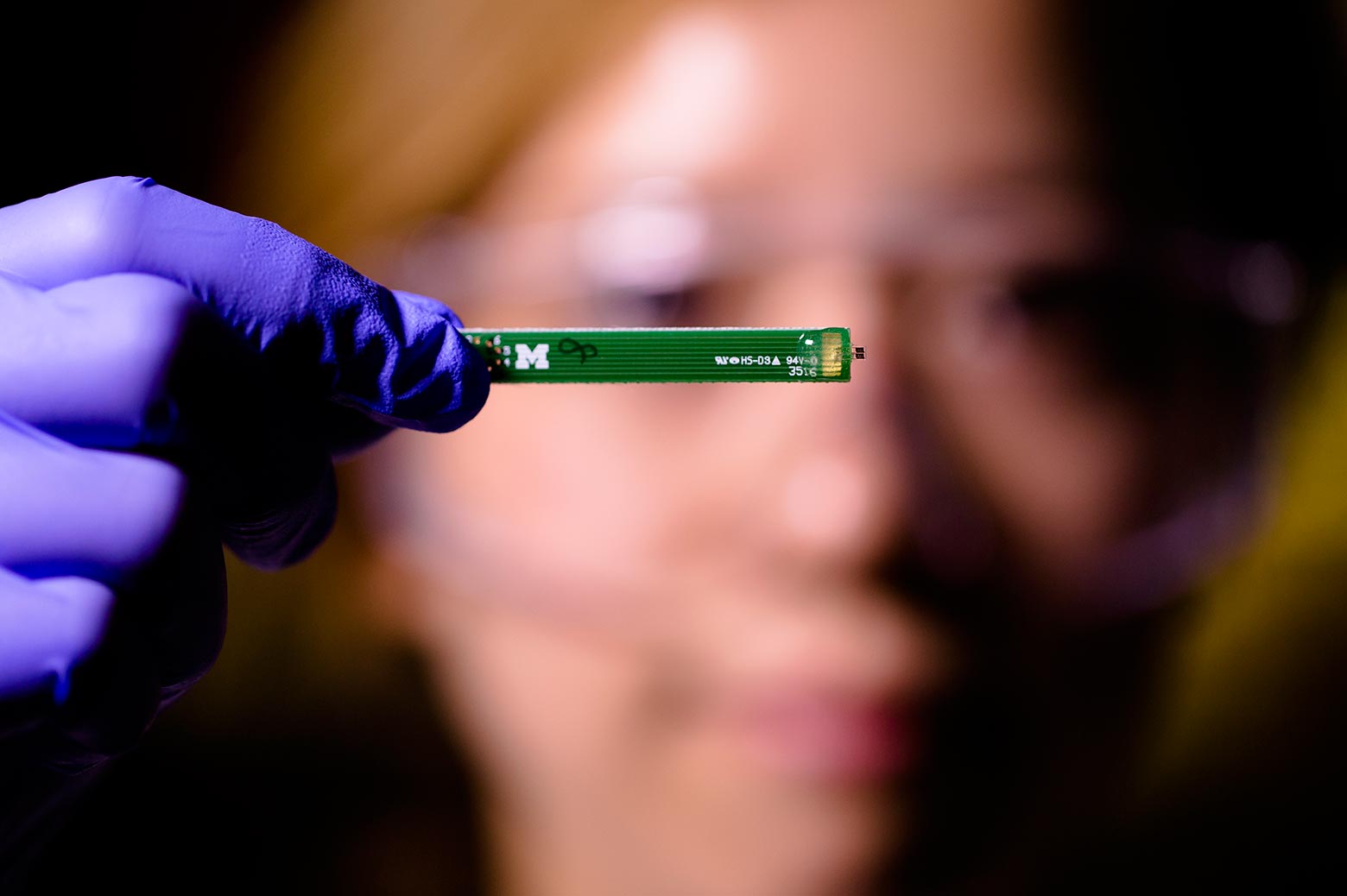 A new electronic lead sensor, potentially costing around $20, could keep an eye on home and city water quality, alerting residents and officials to the presence of lead within nine days. The University of Michigan researchers are seeking partners to bring the technology to market.

The Flint water crisis showed the nation that old water systems believed to have been stable for decades can suddenly expose thousands of people to a neurotoxin if lead piping is corroded by a change in water quality. In addition, standard water sample tests require users to run their water for several minutes, missing any lead that leaches into the water from the home’s own pipes.

Mark Burns, the T.C. Chang Professor of Chemical Engineering at U-M, and his colleagues set out to develop an inexpensive sensor that could be placed at key points in city water systems as well as at the taps of homeowners.

“I hope it will have some impact because it is scary to think about having lead in your water,” said Burns.

The trick is separating lead from all the other metals that might be present in water, most of them only hazardous in very high doses.

“Since iron is the most common metal in water and is basically harmless (besides having a bad odor), we see it as interfering with our sensor,” said Wen-Chi Lin, a recent PhD graduate in chemical engineering.

Researchers at the University of Michigan have developed a robust, embeddable sensor that can detect lead and other metals in water.

The negative electrode offers electrons to positive ions, capturing most metals. The metals are already oxidized in water, meaning they’ve given up some of their electrons, so they prefer an opportunity to get electrons back.

However, lead is attracted to the positive side of the electrode set – it is the only contaminant metal that readily oxidizes further.

Lin tested the sensors in a variety of environments: simulated tap water and water from an actual tap, spiked with metals or not. As lead builds up on the positive electrode, it eventually reaches the neutral electrode, closing the circuit and generating a voltage. Above a one-volt signal, the system registers a hit.

There could be an app that would monitor all the taps.Mark Burns, ChE professor
Tweet

It’s a similar story on the negative electrode, picking up high concentrations of iron, zinc and copper, which can also become health concerns. The sensor can differentiate between a lead problem and a problem with one of these other metals.

“There could be an app that would monitor all the taps, and it could just send you an email message when it detected an event,” said Burns.

Lin was especially conscious of false positives – a detection means that the electrode is out of commission for good (but not the whole sensor), and it could cause an unnecessary scare for a family or official.

The one potential for a false lead alert is if the copper concentration is too high. Copper is so good at grabbing extra electrons that it can build up on the neutral electrode next to the positive electrode. But copper only creates a voltage at high concentrations, approaching its Environmental Protection Agency action limit of 1,300 parts per billion. 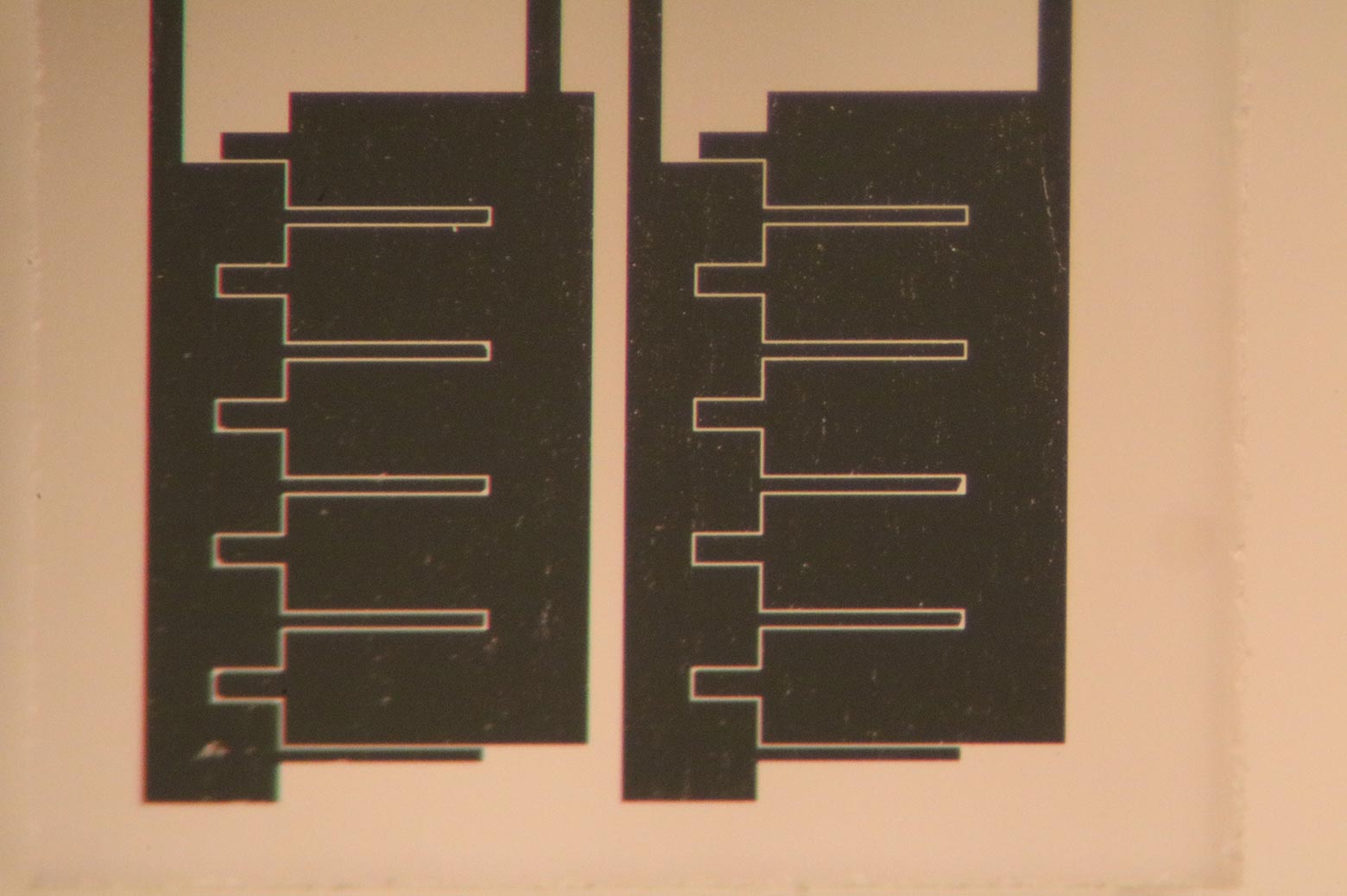 IMAGE:  A close-up view of the lead sensor, featuring two pairs of electrodes. It could enable cities and homeowners to pinpoint pipes that taint water with lead. Credit: Wen-Chi Lin, Burns Lab, University of Michigan.

Lead, in contrast, shows up at 15 parts per billion – its EPA action limit – after about a week. This level of exposure isn’t thought to elevate blood levels in adults, according to the Centers for Disease Control. A larger concentration of lead, 150 parts per billion, was picked up after just one or two days, depending on the water chemistry.

Lin believes that with optimization, the positive electrode could be better yet at attracting lead but not copper.

The study is published in Analytical Chemistry, titled, “A drinking water sensor for lead and other heavy metals.”

It was funded entirely through U-M, including the Barbour Scholarship, Rackham Predoctoral Fellowship, and the T.C. Chang Endowed Professorship. Learn more about helping students and faculty pursue original ideas through endowed scholarships and professorships, and gifts to Chemical Engineering. 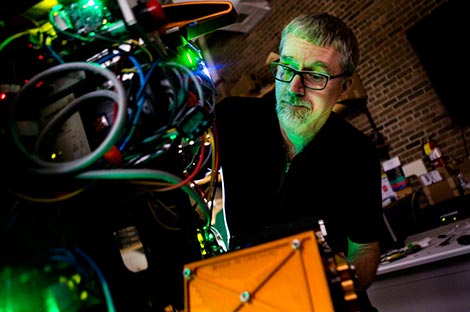