An update to this article on Tomviz 1.5 is available.

Your fingernails will grow four nanometers in the time it takes to read this sentence. A strand of your hair is about 70,000 nanometers wide. A nanometer doesn’t seem like much.

But the world of nanoscale materials—things 100 nanometers and smaller—is an important place for researchers who are designing the stuff of the future: semiconductors, metal alloys and other advanced materials. Seeing in 3-D how nanoscale flecks of platinum arrange themselves in a car’s catalytic converter, for example, or how spiky dendrites can cause short circuits inside lithium-ion batteries, could spur everything from safer, longer-lasting batteries to lighter, more fuel efficient cars and more powerful computers.

Now it’s possible for anyone to see and share 3-D nanoscale imagery with Tomviz 1.0, a new open-source software platform released today. Designed by a team that includes scientists at the University of Michigan, Cornell University and open-source software company Kitware Inc., Tomviz is the first open-source tool that enables researchers to easily create 3-D images from electron tomography data, then share and manipulate those images in a single platform.

“3-D nanoscale imagery is useful in a variety of fields including the auto industry, semiconductors and even geology,” said Robert Hovden, an assistant professor of materials science engineering at U-M and one of the creators of the program.  Now you don’t have to be a tomography expert to work with these images in a meaningful way.” 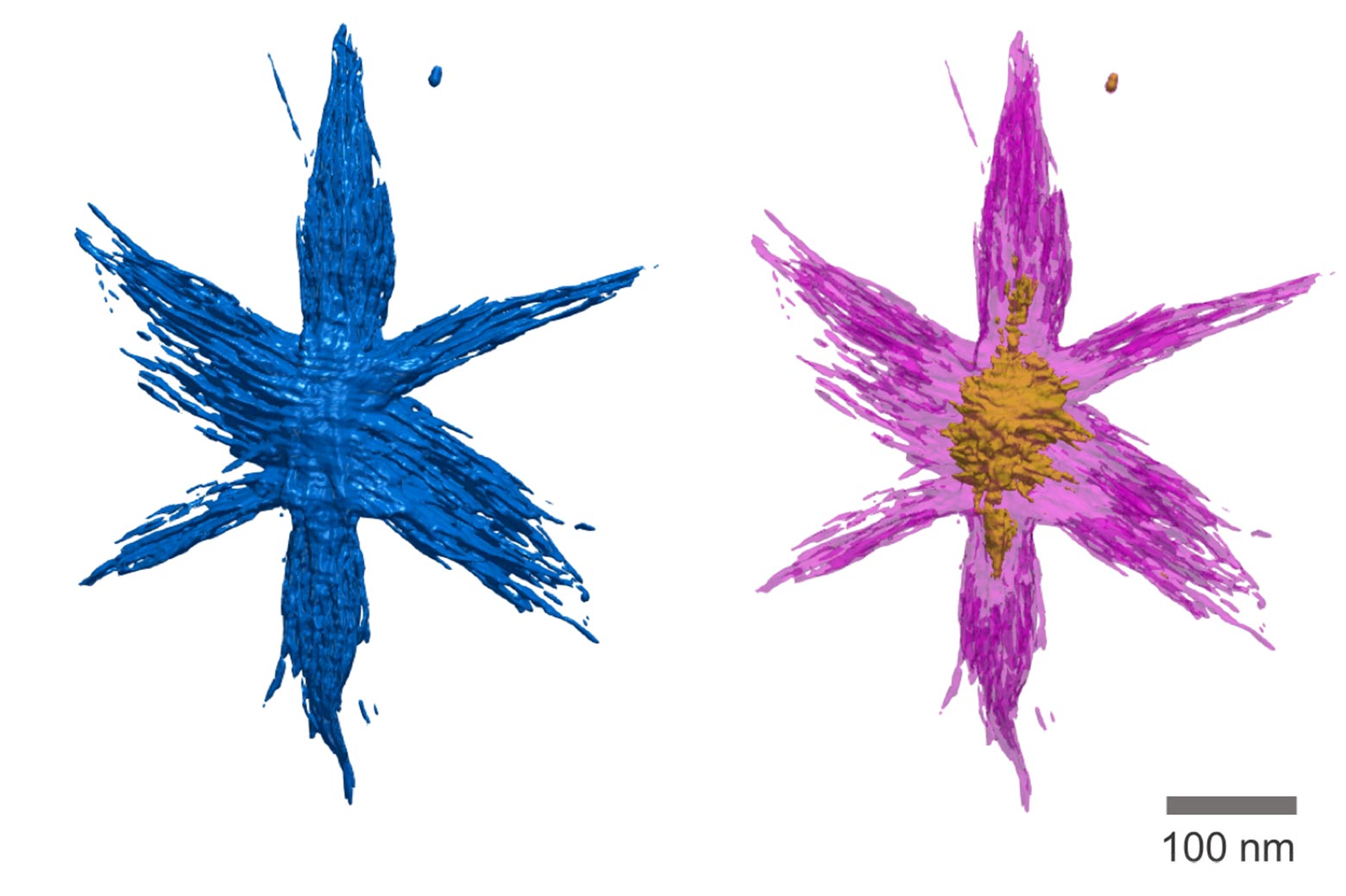 Tomviz solves a key challenge: the difficulty of interpreting data from electron microscopes that examine nanoscale objects in 3-D. The machines shoot electron beams through nanoparticles from different angles. The beams form projections as they travel through the object, a bit like nanoscale shadow puppets.

Once the machine does its work, it’s up to researchers to piece hundreds of shadows into a single three-dimensional image. It’s as difficult as it sounds—an art as well as a science. Like staining a traditional microscope slide, researchers often add shading or color to 3-D images to highlight certain attributes.

Traditionally, they’ve have had to rely on a hodgepodge of proprietary software to do the heavy lifting. The work is expensive and time-consuming; so much so that even big companies like automakers struggle with it. And once a 3-D image is created, it’s often impossible for other researchers to reproduce it or to share it with others.

Tomviz changes that with an open platform that dramatically simplifies the process and reduces the amount of time and computing power needed to make it happen, its designers say. It also enables researchers to readily collaborate by sharing all the steps that went into creating a given image and enabling them to make tweaks of their own.

“These images are far different from the 3-D graphics you’d see at a movie theater, which are essentially cleverly lit surfaces,” Hovden said. “Tomviz explores both the surface and the interior of a nanoscale object, with detailed information its density and structure. In some cases, we can see individual atoms.”

Key to making Tomviz happen, said Hovden, was getting tomography experts and software developers together to collaborate on the project. Their first challenge was gaining access to a large volume of high-quality tomography

The team rallied a cadre of experts at Cornell, Berkeley Lab and UCLA to contribute their data, and also created their own using the microscopy center at U-M. To turn raw data into code, Hovden’s team worked with open-source software maker Kitware to design a platform that worked smoothly even on everyday computers.

With the release of Tomviz 1.0, Hovden is looking toward the next stages of the project, where he hopes to integrate the software directly with microscopes. He believes that U-M’s atom probe tomography facilities and expertise could help him design a version that could ultimately uncover the chemistry of all atoms in 3D.

“We are unlocking access to see new 3D nano-materials that will power the next generation of technology” Hovden said. “I’m very interested in pushing the boundaries of understanding materials in 3-D.”

Tomviz 1.0 is available for download at www.tomviz.com. Support for the project was provided by the Department of Energy Office of Science. A list of the Tomviz development team and source code is available at https://github.com/OpenChemistry/tomviz/graphs/contributors. 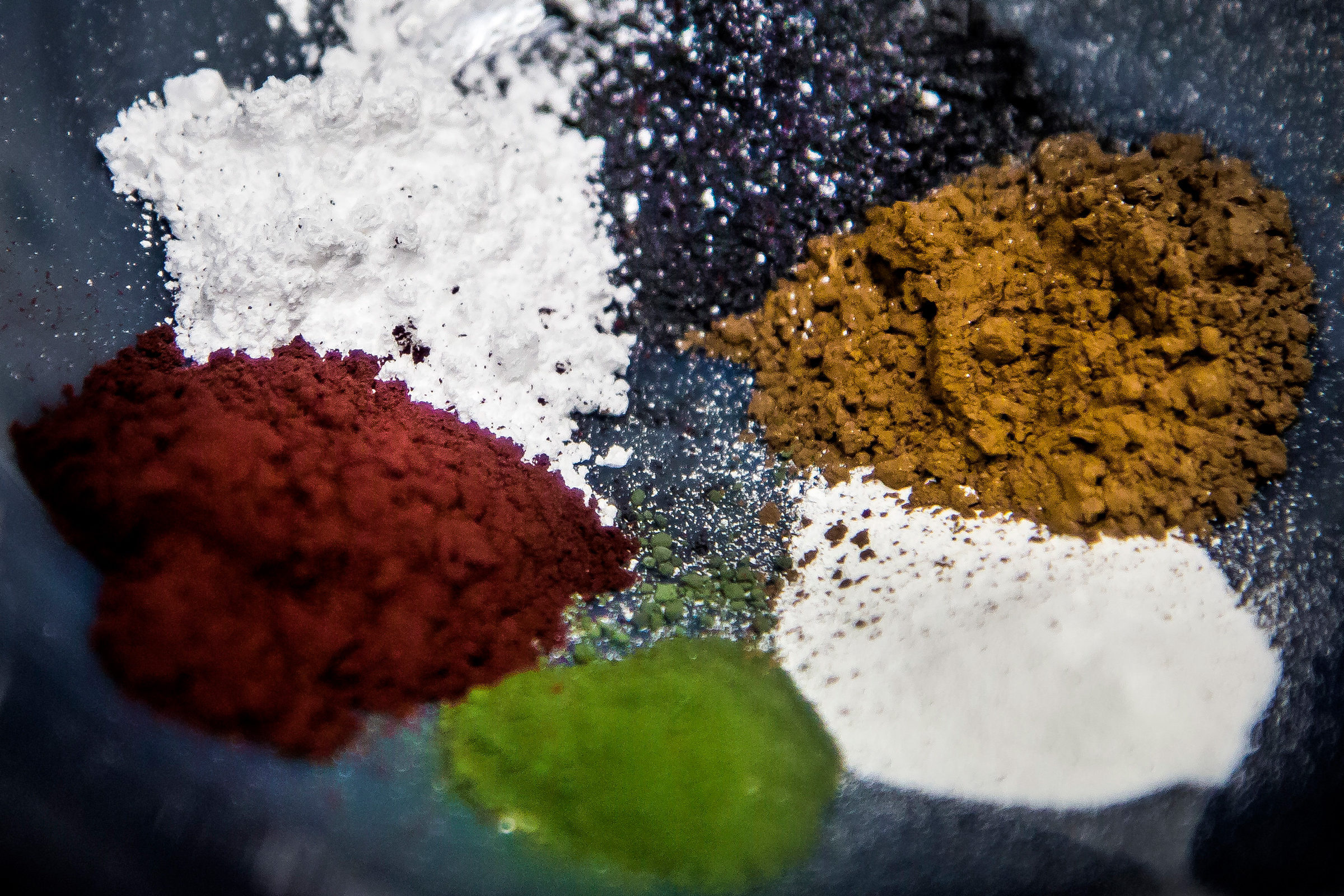 Post-silicon computing gets one step closer 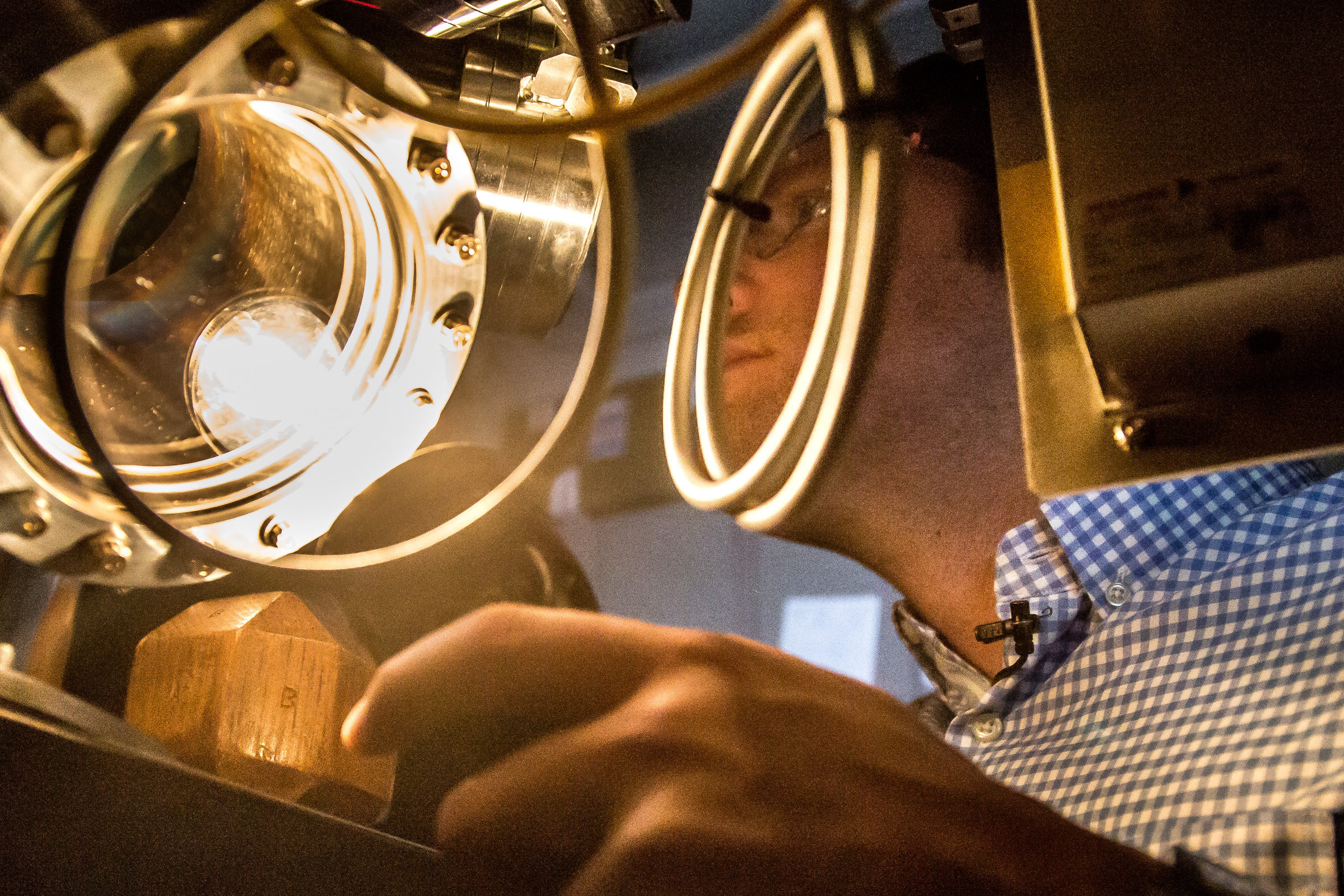 Metals that court chaos could be the future of computing.| Short Read
Researchers