The beginning of the amniotic sac 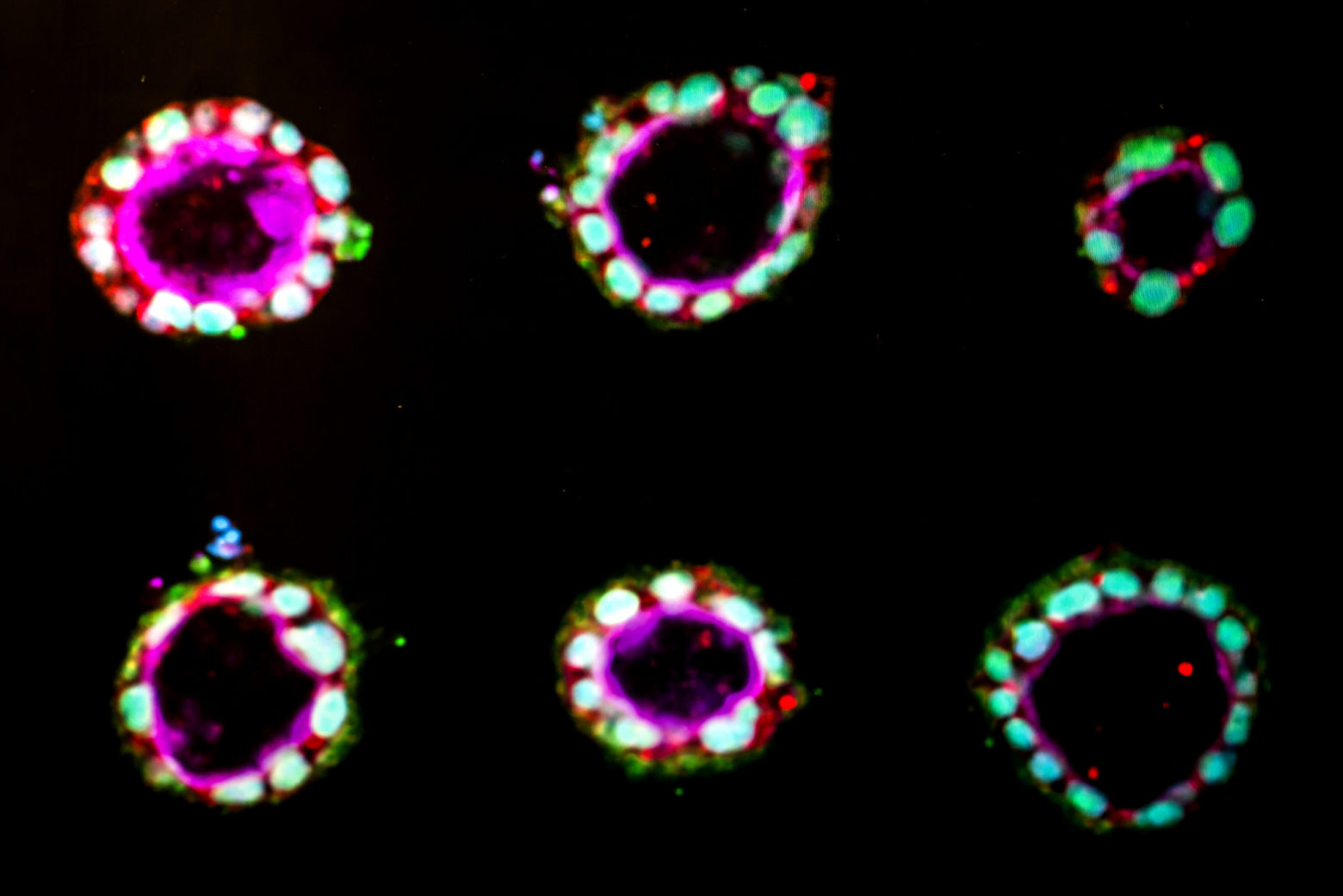 For the first time, human stem cells have been coaxed to begin to form amniotic sac tissue, in a laboratory-based model mimicking the wall of the uterus. The new study, performed at the University of Michigan and reported in Nature Materials, provides the first opportunity to study the development of amnion, an essential tissue that envelops and protects the growing fetus.

The method could lead to a more complete understanding of early human development and the mechanisms behind infertility and early pregnancy loss. It could also enable the production of better wound dressings.

“People have a fairly good understanding of what happens in embryos before and after implantation,” said Jianping Fu, an associate professor of mechanical engineering. “But what is happening during implantation, including the process of amnion development, is a black box.”

While it is relatively easy for scientists to mimic the free-floating phase of an embryo’s development in the lab, roughly one week after conception, modeling implantation into the womb has been impossible. Now, a team led by Fu and Deborah Gumucio, the James Douglas Engel Collegiate Professor of Cell and Developmental Biology in the Medical School, has emulated this process with both human embryonic stem cells and adult cells reprogrammed into stem cells.

“This research is about the amnion, which is actually an extra-embryonic tissue necessary for survival of the embryo itself,” said Gumucio. “It is extremely exciting since amnion has never before been generated in a dish.”

Gumucio added that many pregnancies are lost even before women know they’re pregnant. Failure to implant and the lack of peripheral tissues like amnion are among the causes of such pregnancy losses. Doctors and researchers are very interested in finding ways to diagnose and treat these problems. 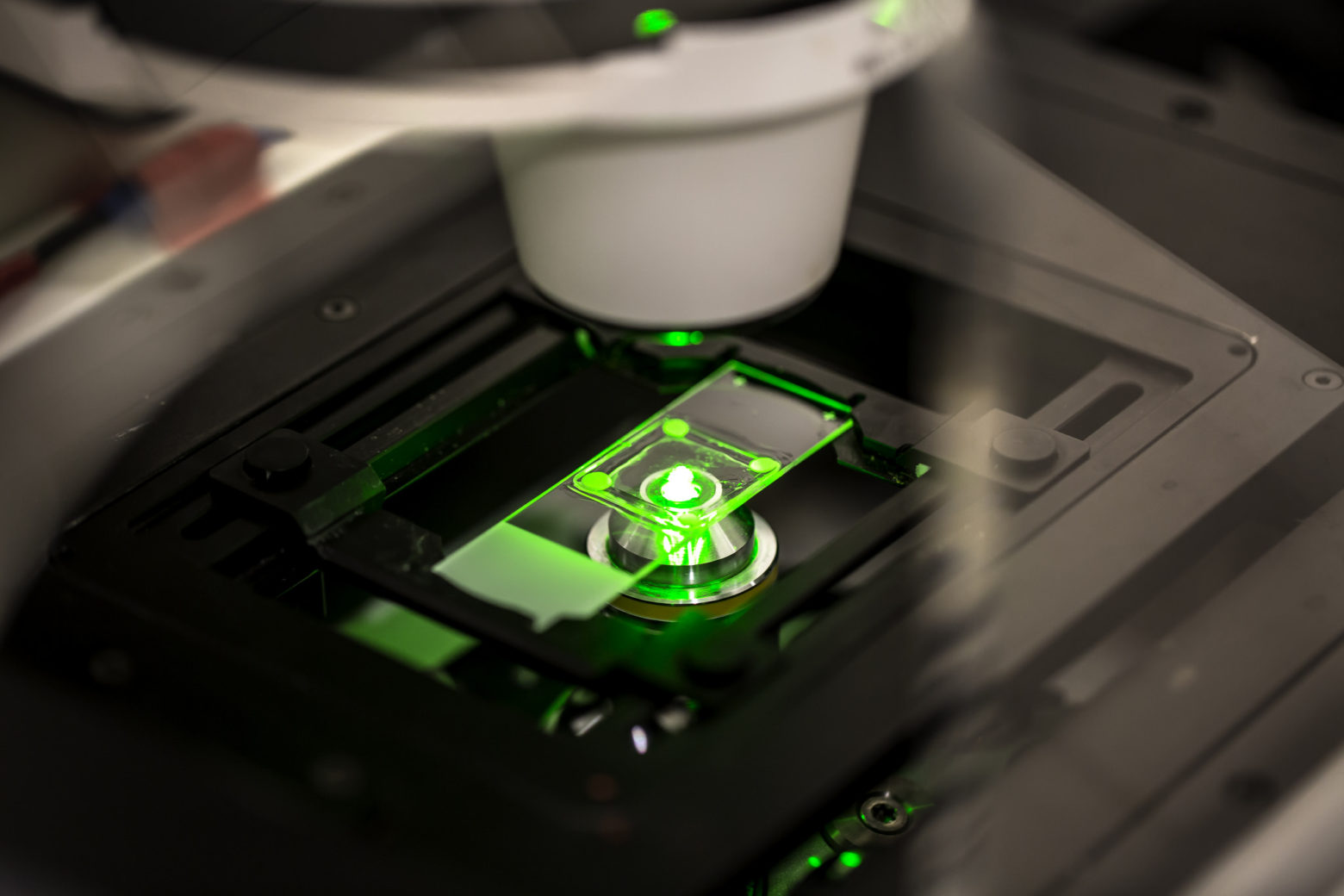 The team tested different methods to produce amnion. One worked: a thick, soft bed of gel, covered with a looser gel, which Gumucio compared to a bed of fully congealed Jello with a layer of partially set Jello on top. In this structure, the stem cells began to turn into amnion cells, organized in a shell around an empty cavity. By contrast, on a thin bed, which the cells perceive as having less give, the stem cells stayed stem cells.

In other words, for cells to begin to form amnion, they need to sense that they have landed on a suitable surface – what scientists term a mechanical signal.

“This is groundbreaking,” said Fu. “Our method provides significant opportunity for developmental biologists to extend their research into a window of human development that was previously inaccessible to study.”

The researchers first did the work with human embryonic stem cells obtained from WiCell or derived at the Medical School’s MStem Cell laboratory in accordance with U.S. law, using private funding and donated embryos left over from fertility treatments. Then, they were able to  show that reprogrammed adult skin cells, known as induced pluripotent stem cells, can also be made to mimic amnion growth. 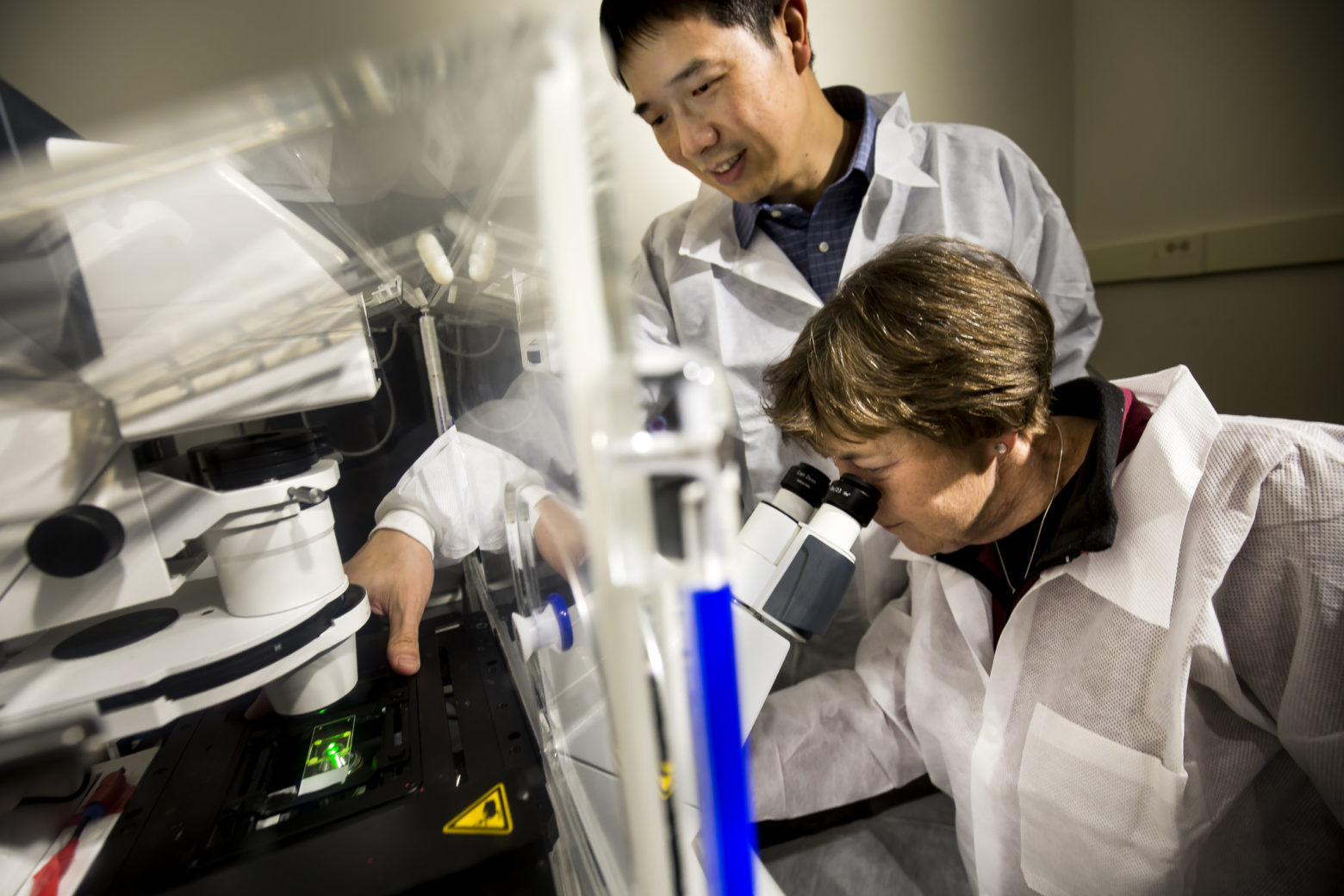 Gumucio notes that the method could one day be relevant to fertility medicine. If the research continues to show promise, it’s theoretically possible that skin biopsies from infertile couples could be cultured to reveal potential genetic problems affecting amnion development.

It could also pave the way for the standardized production of amnion. Amnion is used to dress large wounds such as serious burns because it reduces inflammation and forms a strong, flexible covering to protect them as they heal.

Amnion dressings are currently made from amniotic tissue discarded after babies are born, but a purpose-made amnion product could avoid problems such as genetic incompatibility between donor and recipient or the transmission of diseases.

The study is titled, “Self-organized amniogenesis by human pluripotent stem cells in a biomimetic implantation-like niche.”

The human embryonic stem cells were provided by WiCell and the privately funded U-M MStem Cell Laboratories, which store and grow stem cell lines from donated embryos. All cells used were from lines that have been officially registered with the National Institutes of Health, certified for research under U.S. law. The adult cells reprogrammed into stem cells were provided by the U-M Pluripotent Stem Cell Core and the Steven Schwartzberg Memorial fund. This study was supported by the National Science Foundation, the National Institutes of Health, and the American Heart Association. The bristled chips were made at the Lurie Nanofabrication Facility at U-M.

Jianping Fu is also an associate professor of biomedical engineering and of cell and developmental biology.