Launch is fast approaching for a $151 million, University of Michigan-led NASA satellite mission that will help improve forecasts of hurricane track, intensity and storm surge.The Cyclone Global Navigation Satellite System hurricane mission is scheduled to launch Dec. 12 from Cape Canaveral Air Force Station in Florida. It will measure previously unknown details that are crucial to understanding the formation and intensity of tropical cyclones and hurricanes.

The CYGNSS mission is expected to lead to more accurate weather forecasts of wind speeds and storm surges—the swells of water that do the most damage when hurricanes make landfall.

“This is a first-of-its-kind mission,” said Thomas Zurbuchen, associate administrator for NASA’s Science Mission Directorate. “CYGNSS will do what existing satellite technology can’t in terms of measuring wind speeds inside hurricanes to improve our ability to predict these deadly storms.” 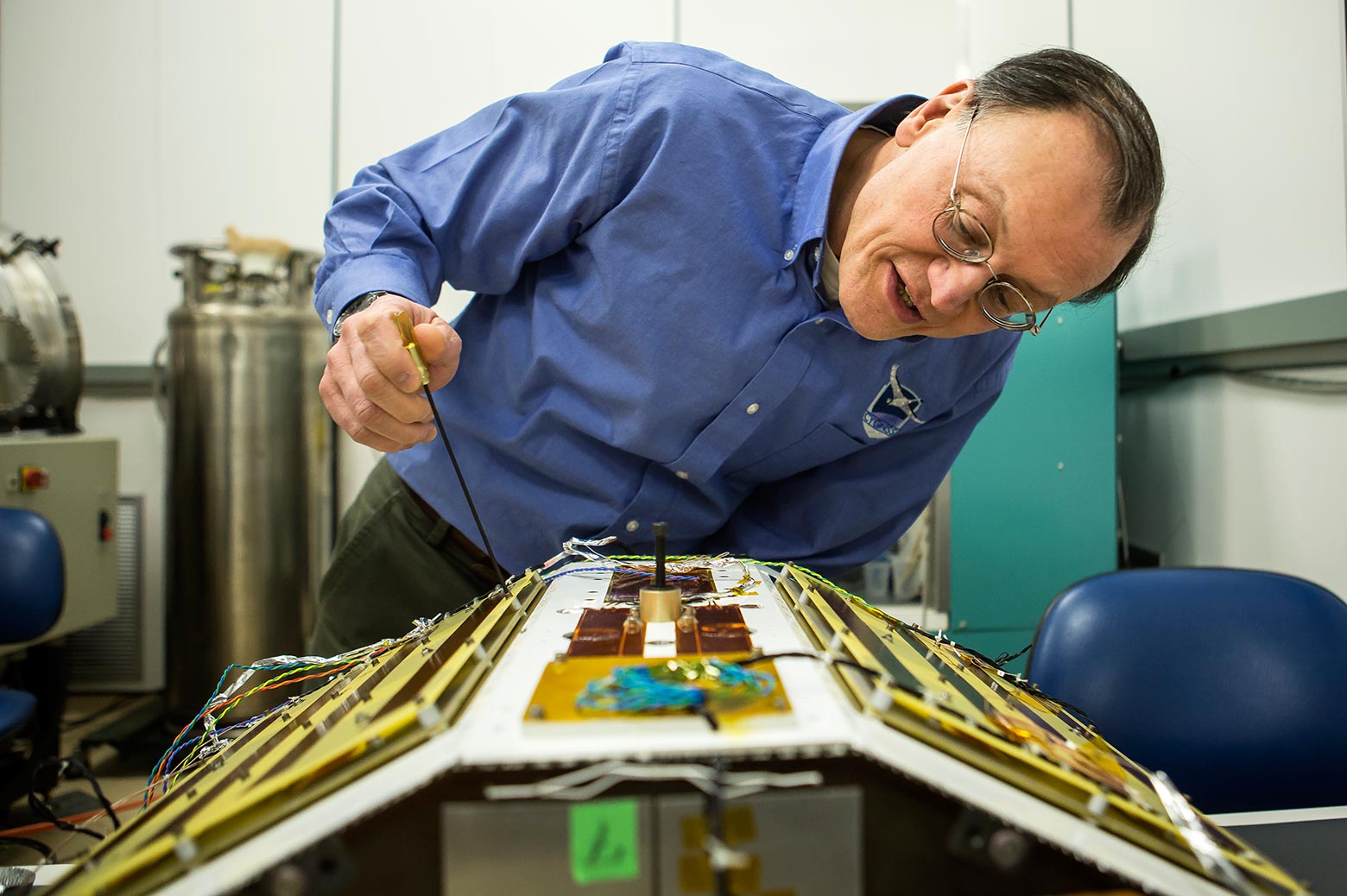 Utilizing the same GPS technology that allows drivers to navigate streets, CYGNSS will use a constellation of eight microsatellite observatories to measure the surface roughness of the world’s oceans. Mission scientists will use the data it collects to calculate surface wind speeds, providing a better picture of a storm’s strength and intensity. CYGNSS is NASA’s first Earth science small satellite constellation.

Unlike existing operational weather satellites, CYGNSS can penetrate the heavy rain of a hurricane’s eyewall to gather data about a storm’s intense core. The eyewall is the thick ring of thunderstorm clouds and rain that surrounds the calm eye of a hurricane. This inner core region acts like the engine of the storm by extracting energy from the warm surface water via evaporation into the atmosphere.

The latent heat contained in the water vapor is then released into the atmosphere by condensation and precipitation. The intense rain in eyewalls blocks the view of the inner core by conventional satellites, however, preventing scientists from gathering much information about this key region of a developing hurricane.

“Today, we can’t see what’s happening under the rain,” said Chris Ruf, professor in the U-M Department of Climate and Space Sciences and Engineering who is the principal investigator for the mission. “We can measure the wind outside of the storm cell with present systems. But there’s a gap in our knowledge of cyclone processes in the critical eyewall region of the storm—a gap that will be filled by the CYGNSS data.” 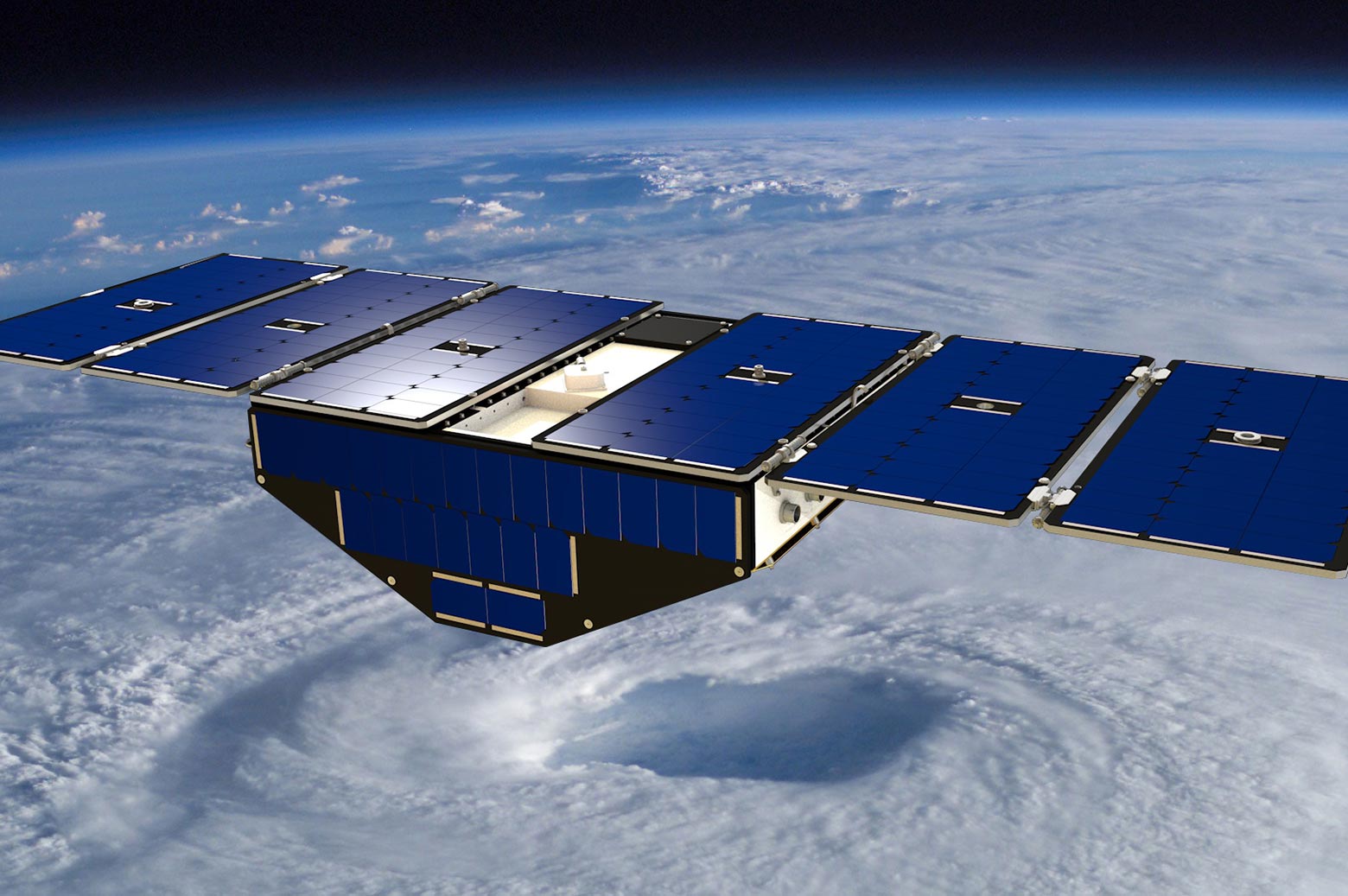 IMAGE:  An illustration of CYGNSS in orbit.

Understanding the dynamics of the eyewall will help researchers understand and predict how hurricanes rapidly intensify, a process that’s becoming more critical to grasp as the climate changes.

CYGNSS is the first complete orbital mission competitively selected by NASA’s Earth Venture program. Earth Venture focuses on low-cost, rapidly developed science-driven missions to enhance our understanding of the current state of Earth and its complex, dynamic system and enable continual improvement in the prediction of future changes.