Two projects led by the University of Michigan have been funded with the latest round of Multidisciplinary University Research Initiatives, backed by the Department of Defense. A project to improve the reliability of engines that fly more than five times the speed of sound receives $7.5 million, and $6.25 million funds an effort to produce liquid fuel and fertilizer with solar power.

Realizing efficient flight above Mach 5, or five times the speed of sound, requires a special type of engine—a supersonic ramjet engine, or scramjet for short. The design uses the high speed of the air coming into the engine to compress and raise the temperature of the air in order to burn the fuel, without the need for a compressor. The puzzle is how to maintain thrust when fuel has just a millisecond to mix with air and burn before being whisked away through the jet exhaust. Three minutes is the current duration record for flight under scramjet power, held by the Boeing X-51A Waverider.

“We’re trying to make these engines reliable like aircraft engines,” said Venkat Raman, a professor of aerospace engineering at U-M and leader of the project.

Raman’s group will be applying an approach that they have developed to take advantage of the way the most powerful modern computers are designed. Raman’s group writes their code in a way that is compatible with core AI technologies, such as  artificial neural networks, which enables their simulations to run very efficiently on today’s state-of-the-art computers. These simulations will shed insights into the complex and chaotic processes that control fuel-air mixing and reactions.

Zetian Mi, a professor of electrical engineering and computer science, and his group recently invented gallium-nitride-based artificial photosynthesis technology that turns carbon dioxide and water into methane, the main component of natural gas. However, he points out that even now, 20% of natural gas pulled from the ground is vented or flared.

“It’s a real waste—billions of dollars per year. If we convert it into a liquid fuel, we can make it easy to store and transport,” said Mi.

The liquid fuels he has in mind are methanol and benzene, which are some of the most important organic feedstocks in the chemical industry. Currently, these chemicals are produced at centralized industrial facilities through energy-intensive processes that produce massive carbon emissions. Solar-powered artificial photosynthesis could bring those emissions close to zero, but for that to happen, we need catalysts that can harness light and control these chemical reactions. 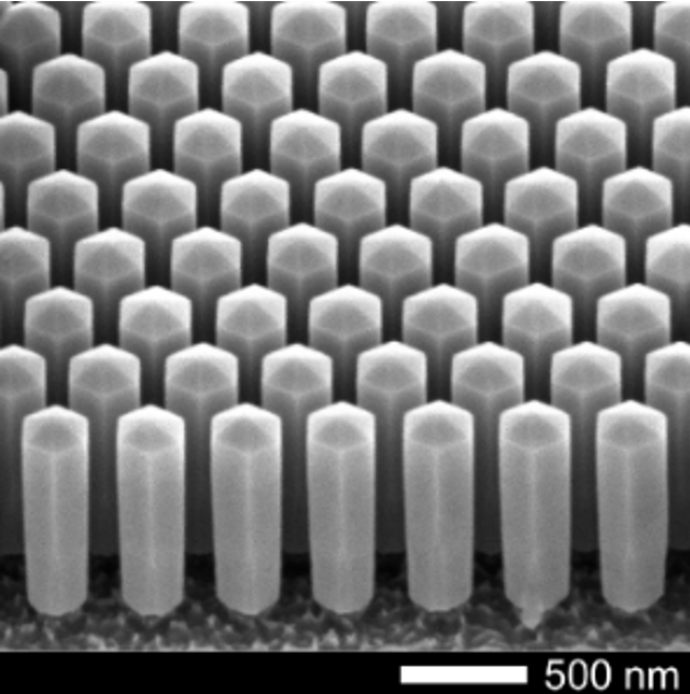 A methane molecule is a carbon atom bound to four hydrogen atoms. Turning it into methanol, a carbon atom attached to three hydrogen atoms and one oxygen-hydrogen pair, seems like a small step. But in practice, once you start trying to add oxygen to methane, the reaction wants to run until all you have is carbon dioxide and water. It is even more challenging to form benzene, which must be shaped into a hexagon.

Mi’s team aims to precision control that reaction by building on the gallium-nitride-based artificial photosynthesis technology that they used to turn carbon dioxide and water into methane.

They also plan to tweak the chemistry in a different direction, using nitrogen and water to make the fertilizer ammonia under sunlight. Ammonia is a similar molecule to methane, a nitrogen atom bound to three hydrogen atoms. It is one of the most commonly produced industrial chemicals in the United States.

The team includes two more groups at U-M, and groups at Yale, UIUC and the University of California Santa Barbara (UCSB). Their roles are as follows: