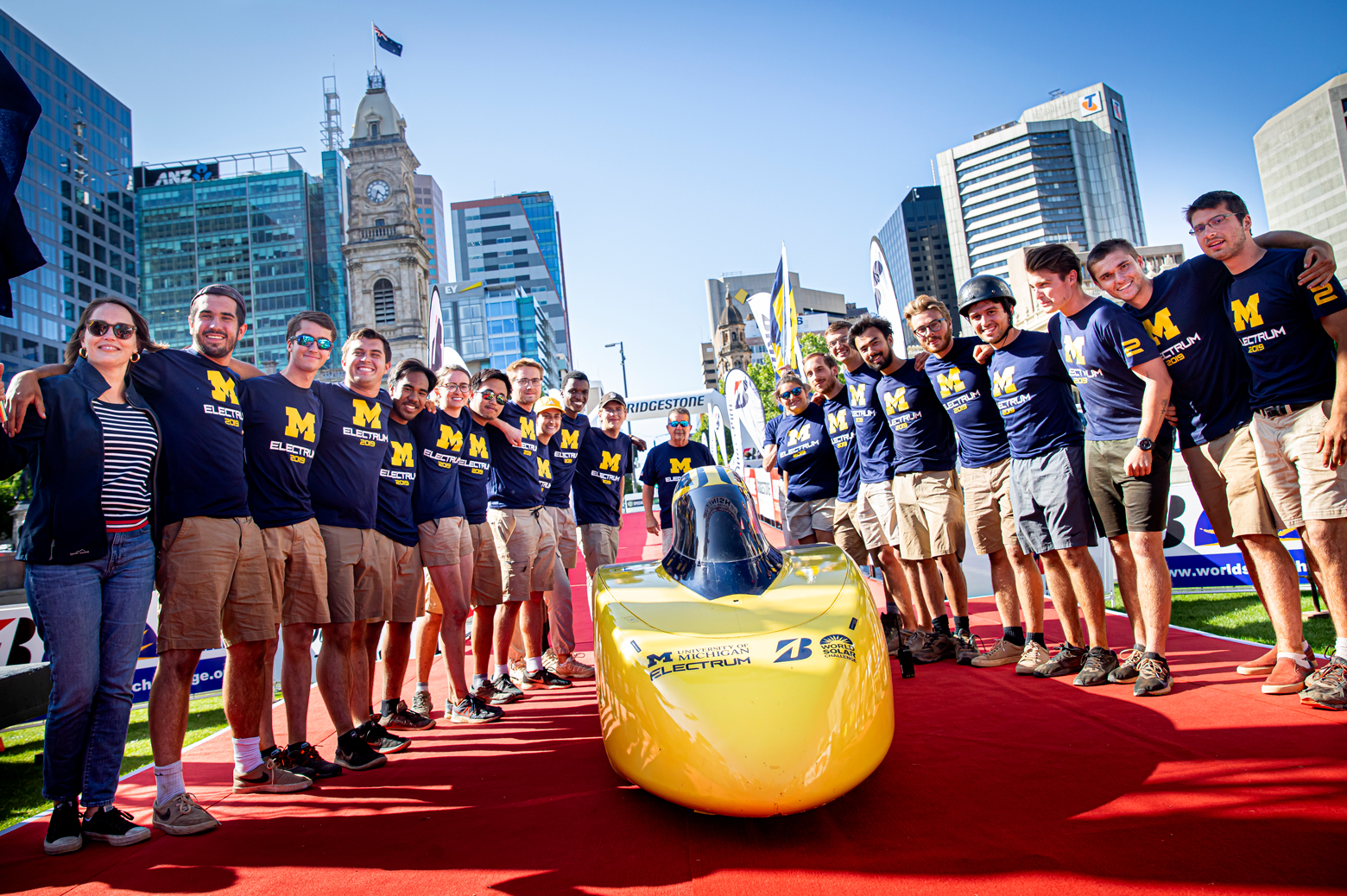 The University of Michigan Solar Car team took third place at this year’s Bridgestone World Solar Challenge in Australia, the only American team to cross the finish line among more than 40 contenders.

“I’m so proud of my entire team,” said Andrew Dickinson, the team’s project manager and computer science junior. “This team had so many curve balls thrown at us when we made this car and we handled every one of them…I’m overjoyed and a little sad it’s over.”

The preparation that went into building Michigan’s car, Electrum, proved worthwhile, and the vehicle only required a few roadside stops. The team’s new lightweight lithium polymer cells, a risk in their design, were a reliable substitute to the traditional lithium ion batteries used in the past.

In addition to a dependable vehicle, Michigan team members kept morale high. The team developed a mantra of “racing our race” to stay focused on their own car rather than opponents.

To qualify for the competition and determine starting position, the teams from around the world were put through rigorous testing. Based on performance in a single lap around a track, Michigan placed 10th in challenger class. 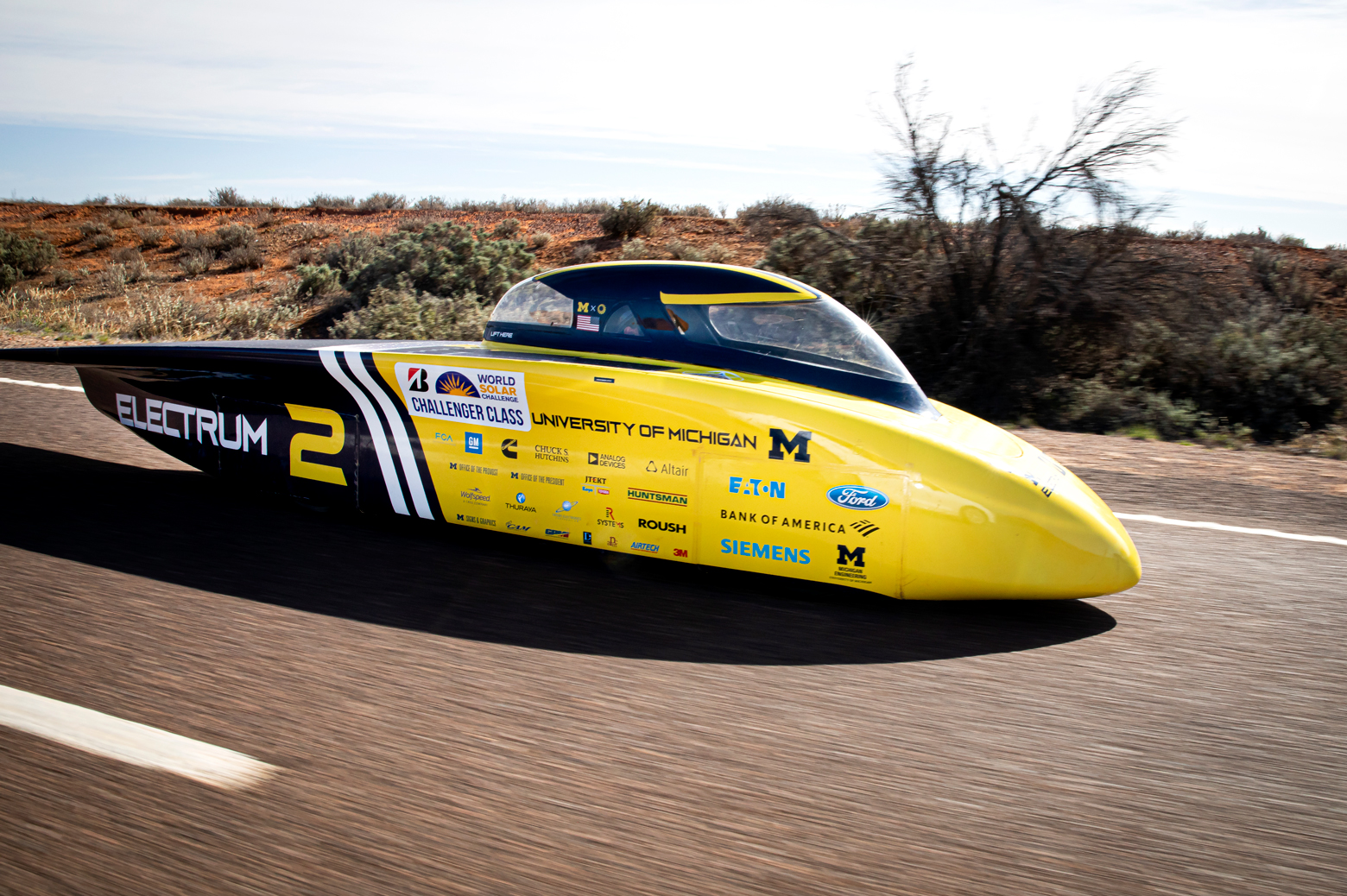 The starting position wasn’t a hurdle. Once the real competition began in Darwin, Northern Australia, the team moved up in the pack, often trading places with Tokai University.

The race down the outback wasn’t easy. On the fourth day, the weather soured in central Australia, with spotty cloud cover and high winds. The leading team, Solar Team Twente, and then-fourth place Team Sonnenwagen Aachen suffered wind-related crashes after gusts of more than 40 mph were reported. While no one was harmed, damages ended Twente’s race and slowed Sonnenwagen significantly.

By the morning of the final day of racing, Michigan held fourth position behind Vattenfall—who won seven of the past World Solar Challenges—Agoria and Tokai University solar teams. Then, just as the fifth day of racing began, Vattenfall’s battery caught fire, ending their run just a few hundred kilometers from the finish line.

Yassine expressed sympathy for teams who dropped from the race, but with the podium now in sight, Michigan repeated its “racing our race” mantra and finished strong in Adelaide. 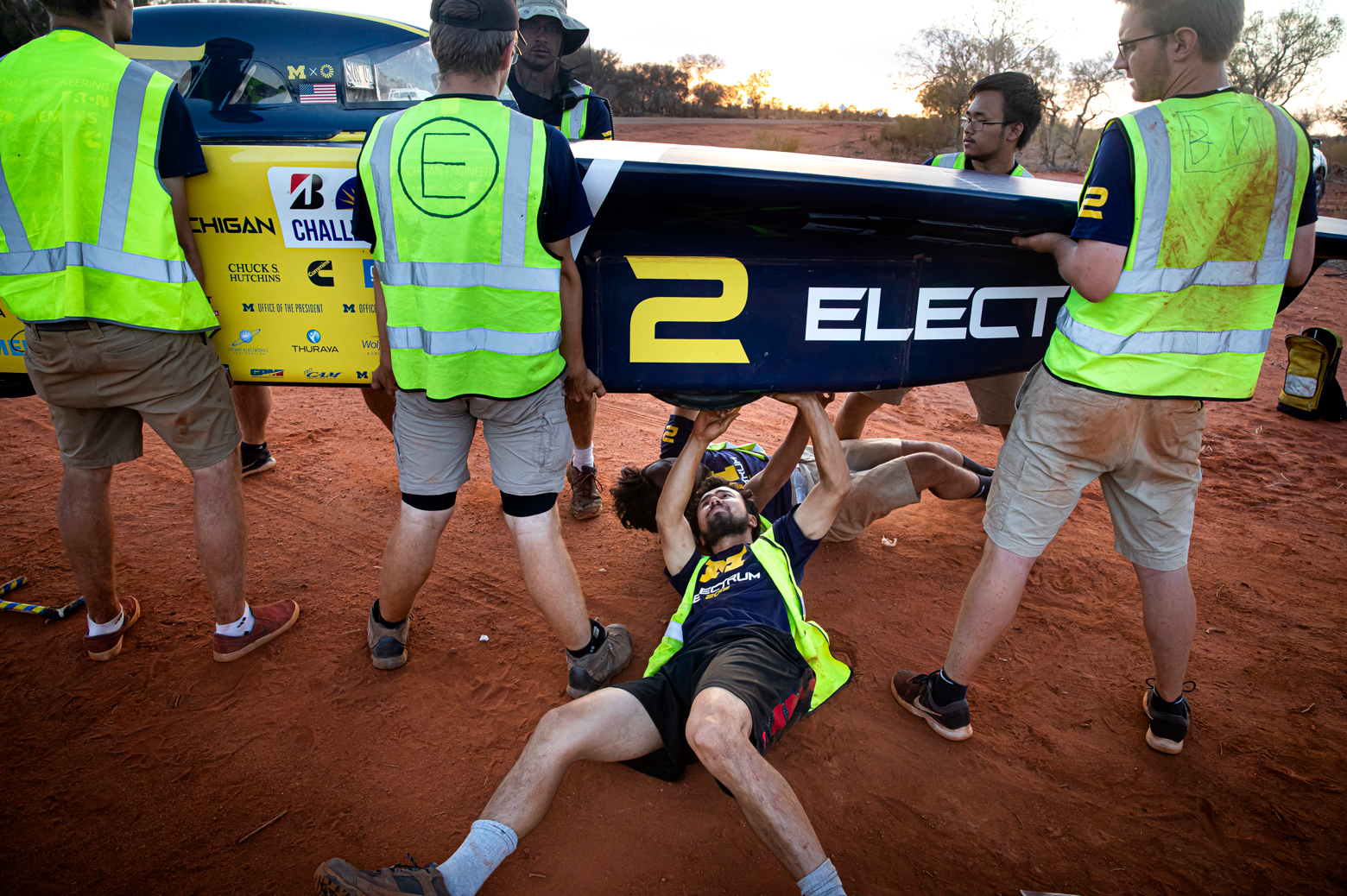 Looking ahead, the all-undergraduate team is preparing to ease back into university life.

“I don’t know if I’ll ever experience this again in my life, graduation certainly won’t come close,” said Matt Karls, the race mechanical engineer and materials science senior. “I think this is the crown jewel of my life so far and I wouldn’t have it any other way except for maybe one more day of it.”