by Nicole Casal Moore
Michigan Engineering
August 20, 2019
Carsickness incidence could increase if we all become passengers, but new research aims to help address that.| Medium Read

What good is a driverless car if riding in it makes you nauseous?

Up to one-third of Americans experience motion sickness, according to the National Institutes of Health. In a car, the condition tends to flare when you’re a passenger rather than a driver, and when you’re engaged in something other than looking out the window—reading or using a handheld device, for example. This sizeable segment of society stands to miss out on some of the key benefits of self-driving technology.

“One of the great promises of autonomous vehicles—to give us back time by freeing us from driving—is at risk if we can’t solve the motion sickness problem,” said Monica Jones, an assistant research scientist in the Biosciences Group at the University of Michigan Transportation Research Institute (UMTRI). “If it’s not mitigated in some way, motion sickness may affect people’s willingness to adopt driverless cars.”

One of the great promises of autonomous vehicles—to give us back time by freeing us from driving—is at risk if we can’t solve the motion sickness problem.Monica Jones
Tweet

Jones is the lead investigator on a one-of-a-kind research project to identify and quantify motion sickness in passenger vehicles. Jones’s interest is not purely academic. She’s coped with motion sickness since she was a child and is the primary driver for her family today because of it.

The research team has developed a repeatable and reliable testing protocol for evaluating specific real-world driving maneuvers and passenger activities that make people carsick. No such methodology existed before. The study is the first to conduct a large-scale comparison of reading task performance and urban acceleration levels on motion sickness response in a passenger vehicle. A white paper about the protocol was published today by Mcity.

Why we need a motion sickness testbed

The factors that cause motion sickness in cars are not well understood today.

“Very few studies have been conducted in cars; instead a lot of the work has been done for sea and air transportation modes, performed in driving simulators or on motion platforms,” Jones said. “These results are not translating very well to road vehicles.”

Beyond that, previous research hasn’t asked the right questions.

“A lot of scales that exist in the literature are based on nausea,” Jones said. “If we design to a vomiting response, we have really missed the mark on autonomous vehicles. We need to target comfort levels. Can a passenger engage with a handheld device while riding? Can a passenger be productive with their time?”

The testbed: How to make car passengers sick

The team’s protocol defines how to measure the range of sensations passengers experience and identifies the type of conditions that prompt feelings of motion sickness in cars. Researchers put 52 participants through a series of normal driving maneuvers at the Mcity Test Facility on U-M’s North Campus to develop the scripted route, instrumentation and measurement protocol.

The testbed consists of:

Toward a less queasy future

With the protocol, the researchers hope to develop a nuanced mathematical model of motion sickness—one that automakers can use to build products that operate below the threshold. Data from this testbed could inform decisions like how driverless cars brake and accelerate during turns, for example, or how the seating area and windows are arranged. Different control algorithms and car concepts can be tested and measured, apples-to-apples.

“We have found that passenger responses are complicated and have many dimensions, Jones said. Applications of this testbed will result in the data we need to identify preventative measures and alleviate motion sickness in autonomous vehicles.”

The white paper from Mcity titled, “Queasy Passengers: A Testbed for Motion Sickness in Driverless Vehicles,” was published today. Mcity is a public-private partnership based at U-M that is working to advance connected and automated vehicles for the benefit of society. Mcity and UMTRI provided funding and other support for Jones’s research.

Cara Gonzalez contributed to this story. 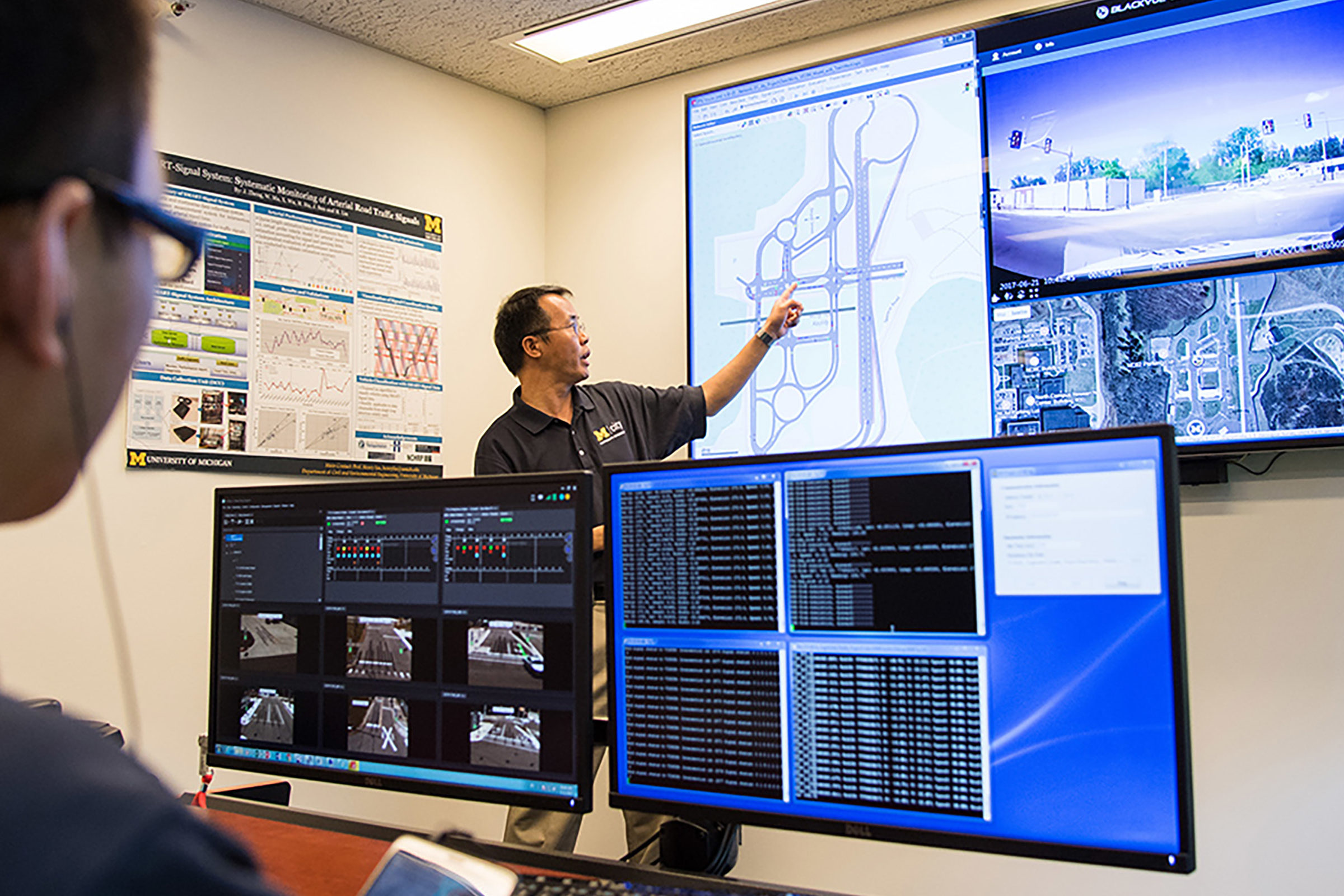