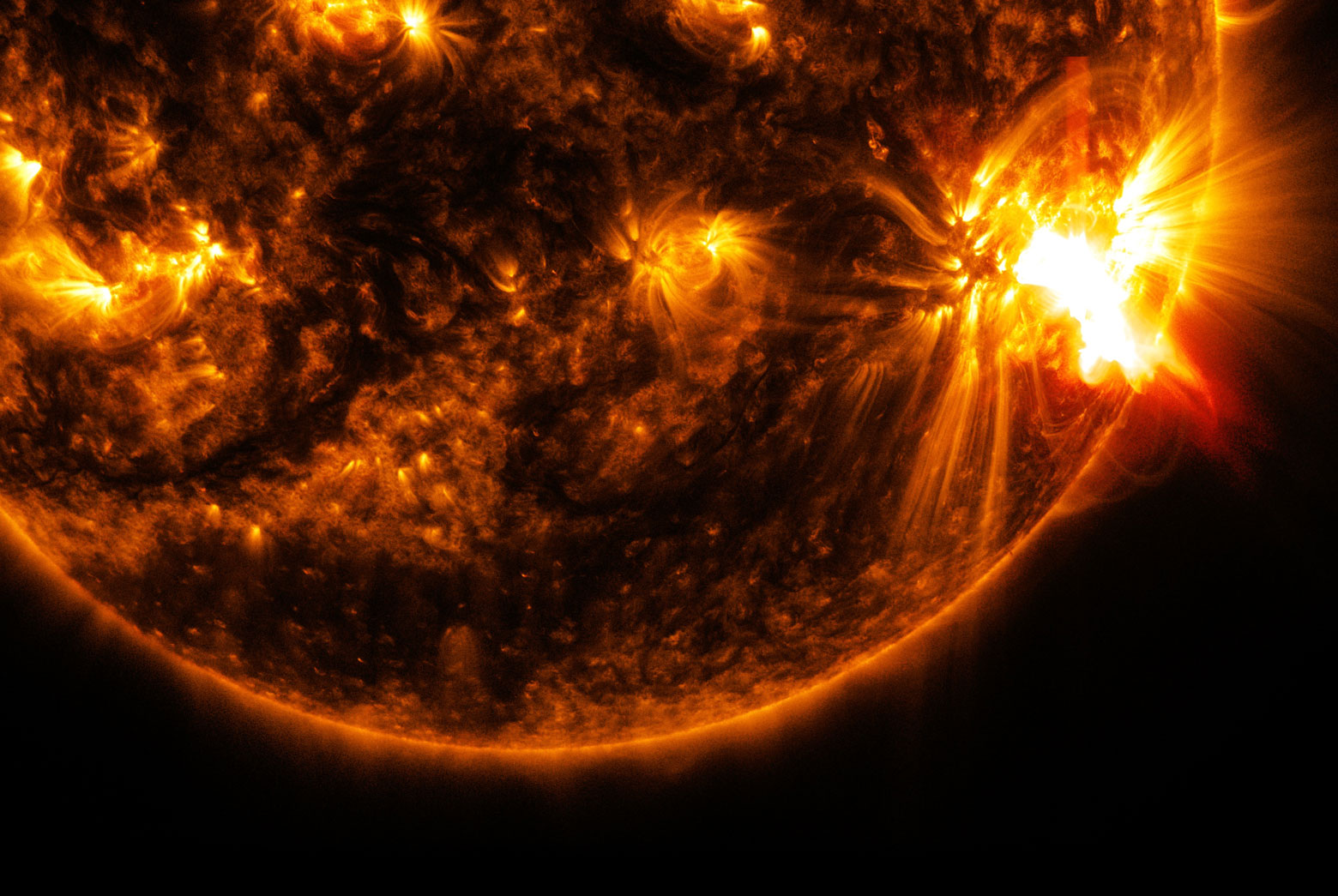 IMAGE:  NASA's Solar Dynamics Observatory captured this image of an X2.0-class solar flare bursting off the lower right side of the sun on Oct. 27, 2014. Image Credit: NASA/SDO

A solar flare in 1859 engulfed Earth in a “magnetic tsunami”—spinning compasses, making the northern lights visible in the Caribbean and drawing sparks from telegraph lines that would remain inoperative for days.

Kasper, an associate professor of climate and space sciences and engineering, testified before the Senate Committee on Homeland Security and Governmental Affairs and discussed how best to protect the power grid from space weather.

“We need spacecraft closer to the sun providing earlier warning of Earth-directed events and their properties, better models of these eruptions and regional forecasts of geomagnetic disturbances,” Kasper wrote in his submitted testimony. “Most importantly, we need leadership with a mandate to coordinate and direct the research and operational components of space weather that are spread over multiple agencies.”

Solar storms have the capacity to knock out electrical grid transformers—massive pieces of equipment that cost tens of millions of dollars and, because of that, don’t typically have backups.

“We don’t rely on telegraph today, but our power lines are equally susceptible,” Kasper told the committee. “The potential nationwide and even worldwide loss of power due to a (similar) event, and the resulting economic and societal impact are why we are here today.“

Kasper studies how solar activity can affect society. He is currently a principal investigator on NASA’s Parker Solar Probe, which is gathering data about the sun’s corona. That data will help scientists better understand the solar activity they view from afar, in order to improve our early space weather warning system.

The government, Kasper says, should strive to increase warning time …”from tens of minutes to at least ten hours for the most extreme events.” To do that, he made four recommendations:

U.S. Sen. Gary Peters, (D-MI), invited Kasper to speak. In 2017, Peters noted the threat Earth faces in a press release, saying: “Space weather events have the potential to severely disrupt critical parts of our infrastructure, from the electric grid to communications networks to air traffic control, which would have a disastrous impact on our economy and our daily lives.”