From ponds to power: $2M to perfect algae as a diesel fuel

by James Lynch
Michigan Engineering
October 2, 2018
University of Michigan becomes one of the few institutes in the world working on the problem end-to-end.| Medium Read
Enlarge 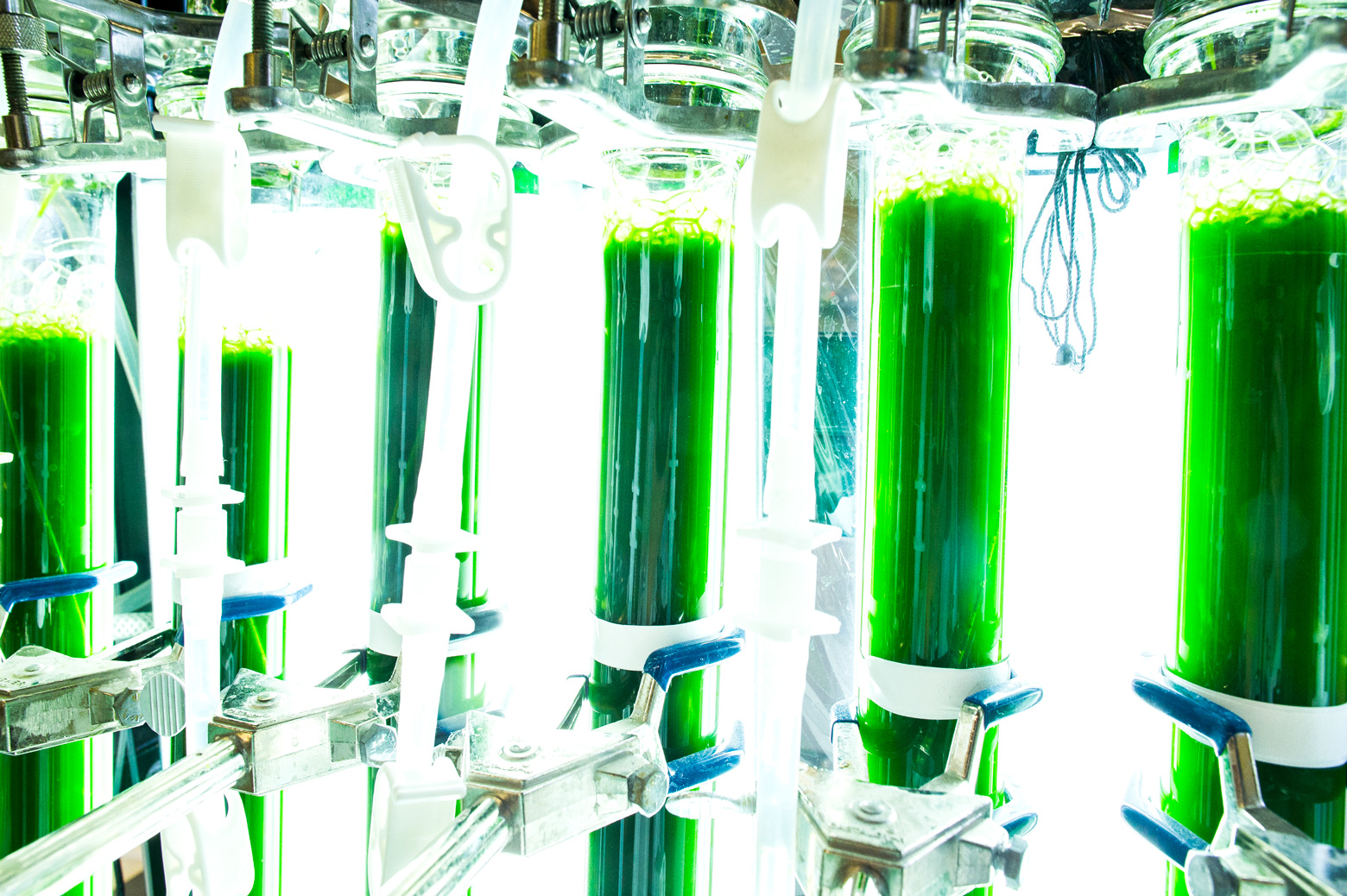 IMAGE:  Live micro algae that is being introduced as a source of vegetable oils that can be used in the manufacturing of biodiesel fuel. Photo: Evan Dougherty

With $2 million from the Department of Energy, University of Michigan researchers aim to make the long-touted promise of algae as a biofuel source for diesel engines into a reality.

Their goal: create biofuels that work with existing diesel engines, and reduce greenhouse gas emissions by 60 percent, compared with normal diesel fuels. To do that, they will work with colleagues at Penn State University on a three-year project to perform an end-to-end evaluation of how best to grow algae, transform it into a diesel fuel and maximize its performance during the combustion process.

“It’s a project with big research questions,” said André Boehman, professor of mechanical engineering and director of U-M’s W.E. Lay Automotive Laboratory. “And it has the chance to do something that is very impactful—help us take a big step toward sustainability.”

Algae-based biofuels are seen as an environmentally-friendly alternative to traditional diesel fuels, which produce high levels of greenhouse gases when they burn.

It’s a project with big research questions, and it has the chance to do something that is very impactful—help us take a big step toward sustainability.”André Boehman, professor of mechanical engineering and director of U-M’s W.E. Lay Automotive Laboratory
Tweet

The Department of Energy has said algae holds the potential to produce billions of gallons per year of renewable diesel, gasoline and jet fuels. And that contribution could prove crucial to meeting Renewable Fuel Standards. By 2022, 36 billion gallons of transportation fuels sold in the U.S. must come from blended sources. Only 15 million of those can come from corn-based ethanol, leaving a sizeable gap.

“This is one of the first teams in the world to go all the way from designing sustainable biofuel feedstocks in outdoor ponds, to refining fuel so that it runs a diesel engine in a cleaner, more environmentally friendly way,” said Bradley Cardinale, a biology professor and director of U-M’s Cooperative Institute for Great Lakes Research who is involved in the project.

U-M’s work will include determining combinations that lead to optimal performance in areas such as fuel yield and stability. Researchers have previously found that a combination of algal species performs better than any single species, capitalizing on the individual strengths of each strain. 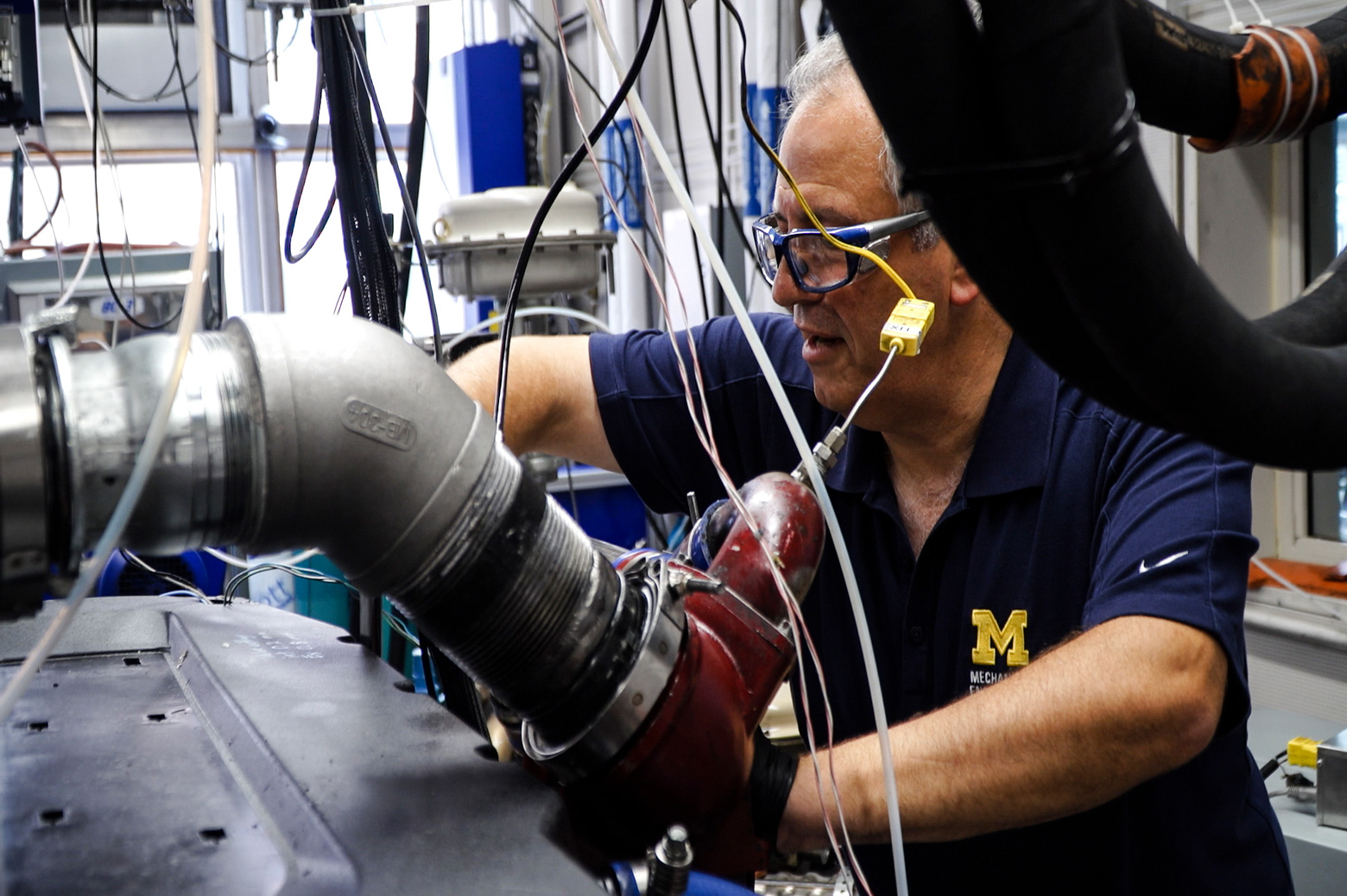 “We’re not trying to fight against nature by designing one genetically superior strain of algae that can optimize all desired properties,” Cardinale said. “We’re using the principles of ecological engineering to design a more comprehensive set of multi-species aglal feedstocks that optimize several desired properties of algal biofuels at once. The first principle of ecological engineering is that no single species can be good at everything. If we can simply find those species with the variety of desired properties, we could design tailor-made biofuels that optimize multiple properties simultaneously.”

From there, the teams will investigate how the resulting compounds can best be turned into biocrude synthetic fuel.

In order to optimize the fuel’s combustion and emissions performance, researchers will look at both the biochemical properties of the algae as well as their chemical reactions in the controlled compression ignition combustion environment of the diesel engine.The biofuels will be tested in a light duty vehicle engine and, once an optimal algae combination is determined, it will be tested in a Volvo truck engine.

Oil can be extracted from algae via mechanical means such as presses, or use of ultrasonic waves. Each approach forces oil to detach from the algae’s cell walls and be collected in a solvent. When that oil reacts with alcohol, the usable biodiesel product is separated out.

U-M’s research team uses an emerging technology called hydrothermal liquefaction to extract oil from the algae. It’s a process that simulates the pressures and temperatures that generate oil underground.

“Our overall objective is to demonstrate co-optimization of a fuel blendstock with greater than 60 percent greenhouse gas reduction,” Boehman said. “At the same time, we want to improve engine thermal efficiency beyond the baseline diesel engine.”

In addition to Boehman and Cardinale, the research team also includes Levi Thompson, a former professor of chemical engineering who is now dean of engineering at the University of Delaware.

For years, U-M has been a leader in studying the materials and processes that can lead to efficient biofuels. Combining efforts across disciplines, researchers have found that cultivating microalgae in an aquatic environment provides advantages over growth in a terrestrial setting.
But aquatic microalgae face hurdles to wider acceptance. Those include: low yields, instability in field application and the need for expensive and often environmentally harmful fertilizers that aren’t environmentally-friendly.

DOE’s Co-Optimization of Fuels & Engines initiative is described as a “first-of-its-kind effort.” It’s goal is “to provide American industry with the scientific underpinnings needed to maximize vehicle performance and efficiency, and leverage domestic fuel resources, leading to greater transportation energy affordability, reliability and security.” To back that effort, the federal government allotted $60 million for the initiative in 2016 and 2017. In this funding cycle, a total of $10 million has been earmarked for co-optimization of engines and fuels. 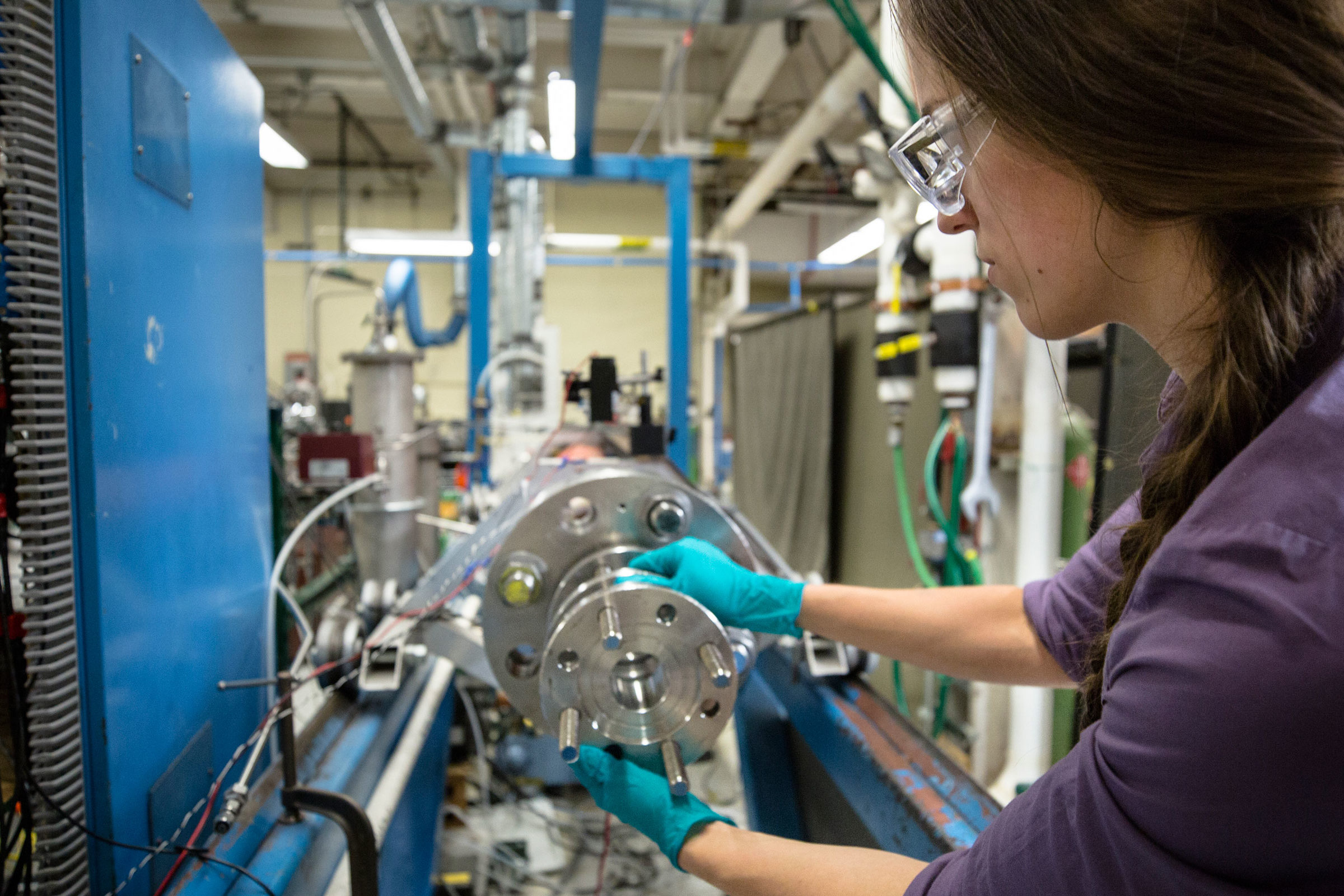 “Siloxanes” could be key to deriving bolstered energy production from biogas.| Medium Read 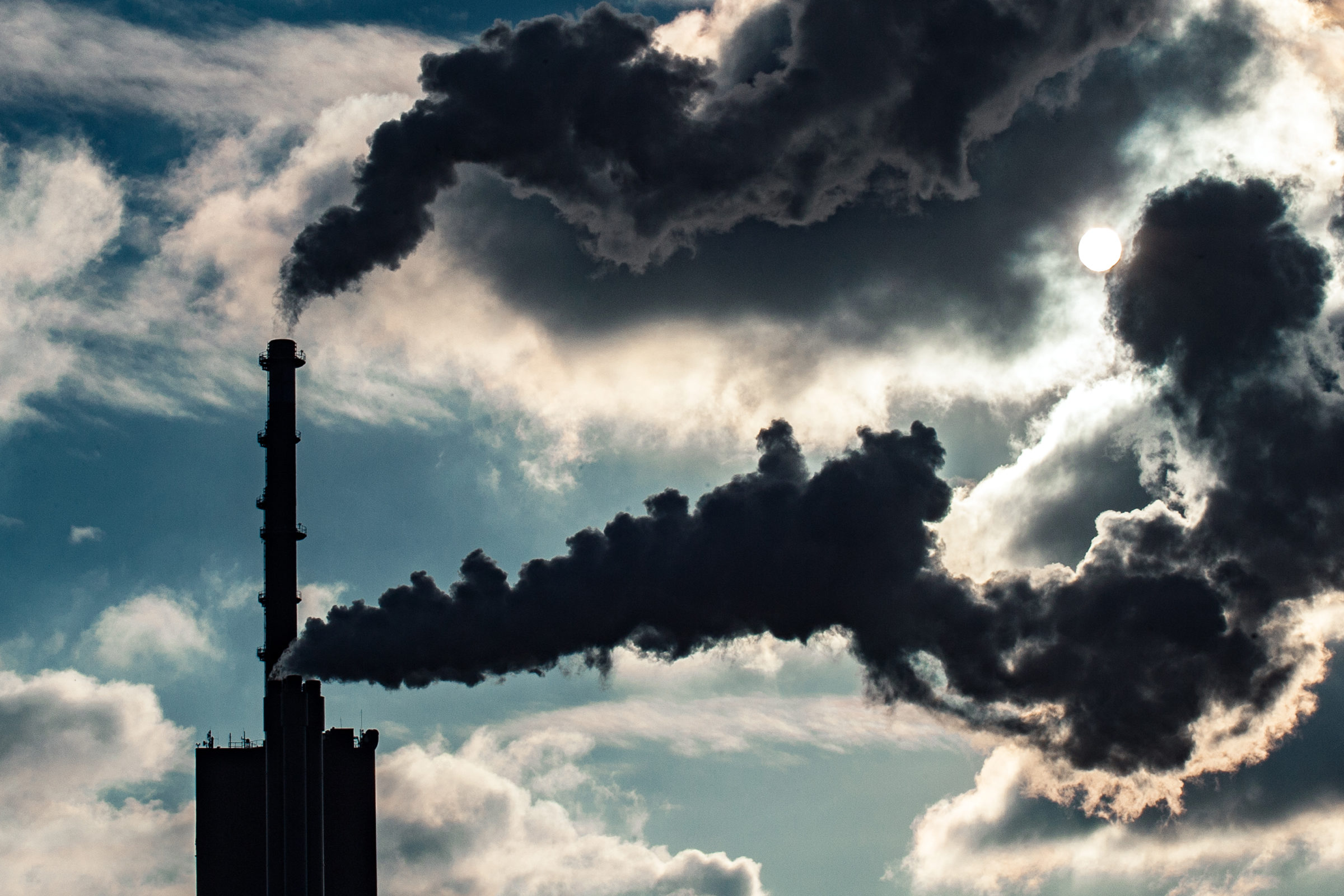 Climate change: Why removing CO2 from the air isn’t enough 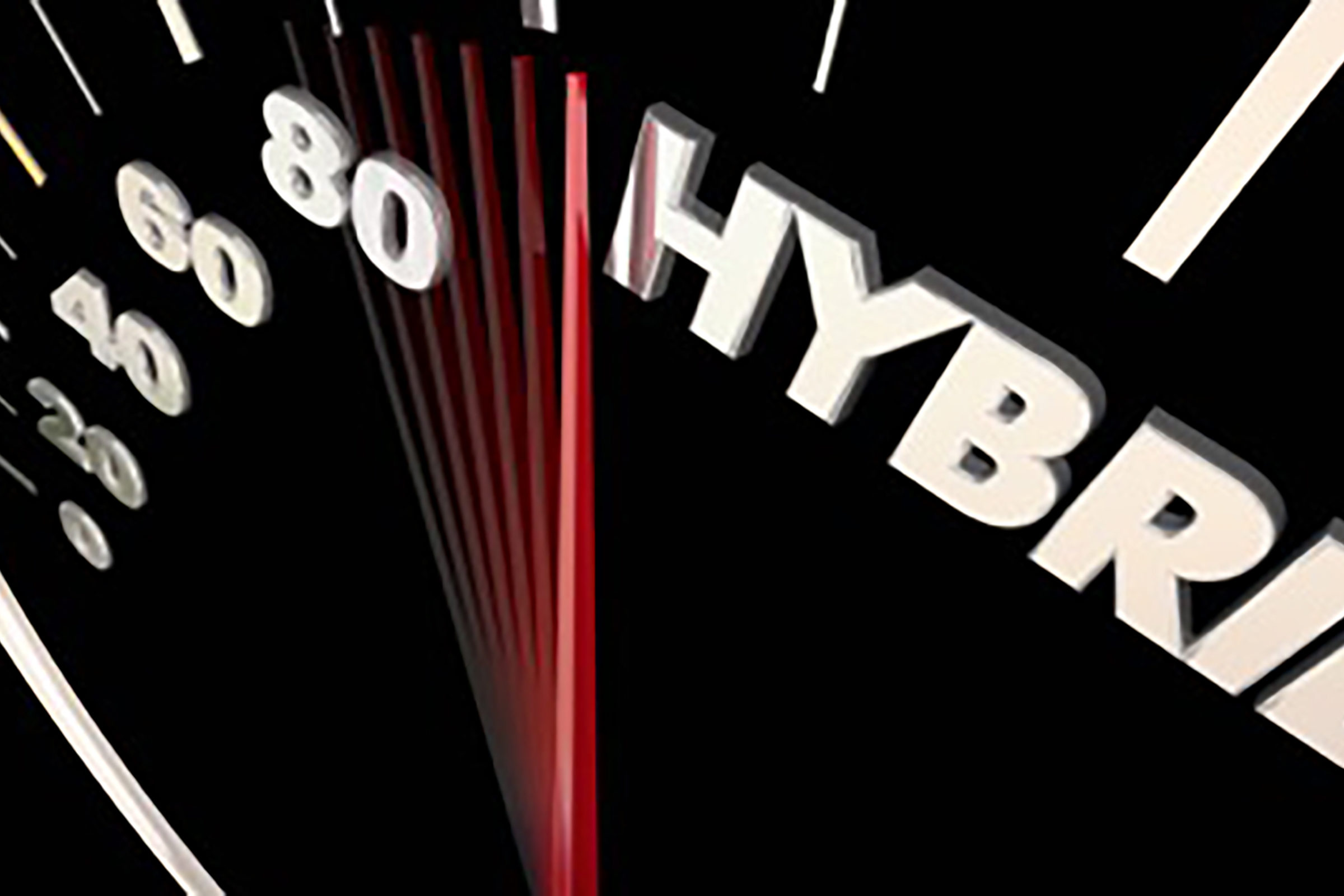