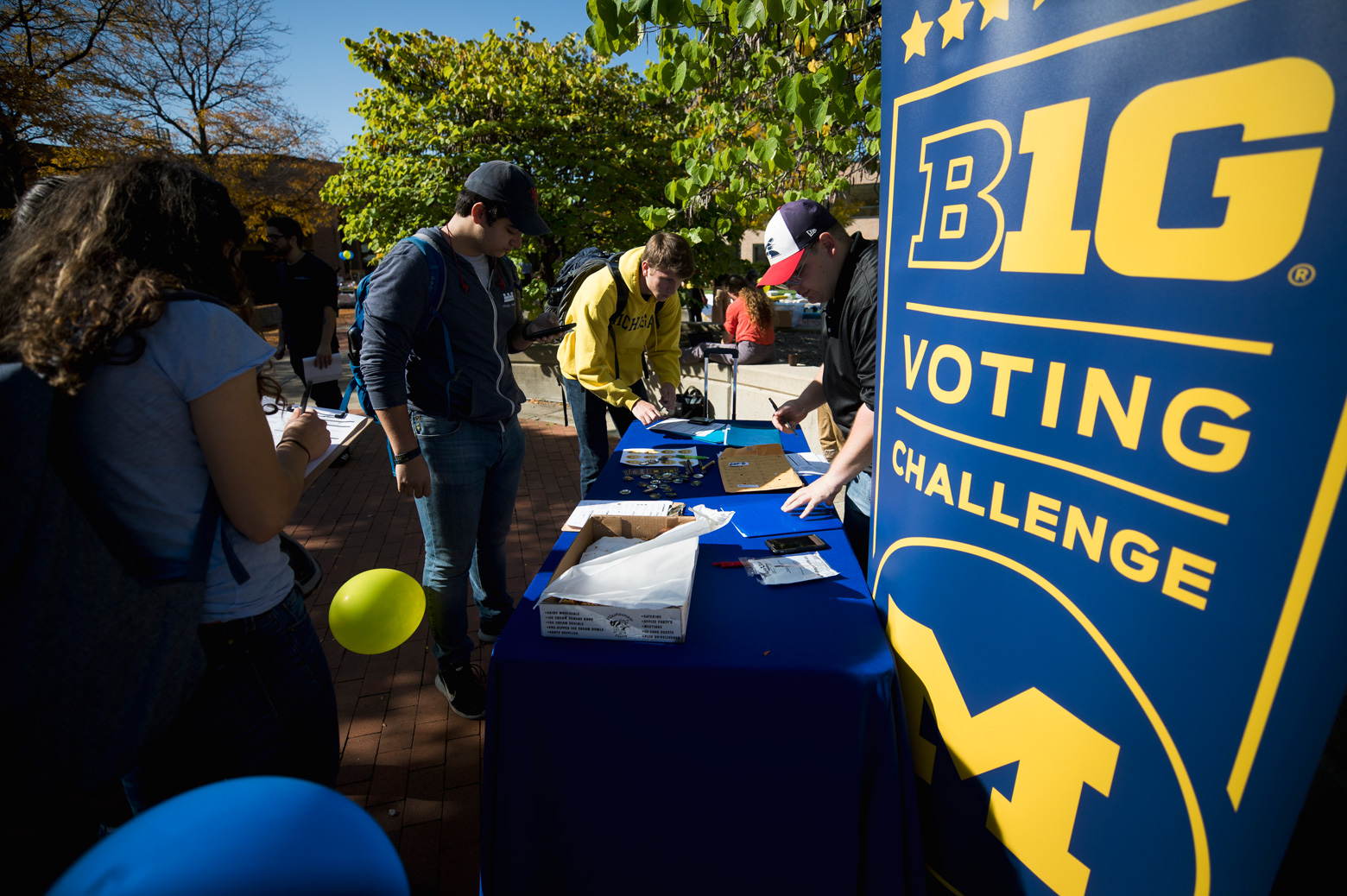 IMAGE:  Students register to vote at the impactXchange on North Campus of the University of Michigan. Photo: Joseph Xu

With numerous challenges facing the country and the world, it’s more important than ever to be an engaged citizen, Michigan Engineering students say.

And many did just that at impactXchange, an all-day event designed to teach students what they can do in their communities to create change regardless of whether they’re eligible to vote. The event was held Oct. 9, roughly a month before the midterm elections. While it included several voter registration booths, Robert Scott, the director of diversity initiatives at the Center for Engineering Diversity & Outreach, said the event wasn’t about politics.

“This is about being an engaged citizen of the world,” Scott said, “and the world is bigger than classes and midterm exams.”

While the event was collaborative effort across the four U-M North Campus units, Scott said driving student engagement for engineers was crucial.

“Students in STEM tend to be the least likely to vote,” he said. “There’s a lot of speculation around that, but we know it’s a tough field of study. But civically engaged engineers are needed.”

The voting drive at impactXchange coincided with another big initiative at U-M, the Big Ten Voting Challenge. The Challenge is a nonpartisan effort to increase voter registration and turnout among students on all 14 universities in the Big Ten Conference. Held on the last day voters can register in Michigan, impactXchange was a final opportunity for students on North Campus to ensure that they’re able to participate in next month’s elections.

Several booths at the event, like Voting Is Sexy and WeListen, encouraged bipartisan political engagement where students could discuss current events productively, as well as register to vote. WeListen is a grassroots student organization working to bridge the American political divide.

“I’m not so much motivated to vote based on current events as I am from the belief that voting is a valuable right, and that if I want to see change happen, I need to do what I can,” said Howell. “Congressional representation is the most important thing to me on the ballot.”

Across the political spectrum, students who attended seem motivated to vote in November. Yilin Yang, a computer science and engineering student, said what’s going on in Washington D.C. is unsustainable.

“News from D.C. is depressing. I just want to change that,” said Yang.

“I was registered in New York but never voted, so this will be my first time,” said Ash. “But it’s definitely time to make my voice heard.”

Jenni Smith, who’s pursuing a doctorate in Nuclear Engineering and Radiological Sciences is ready for a change in leadership in Michigan.

The event culminated with special guest speaker, Ruby Sales. Sales is a civil rights activist who participated in the Selma to Montgomery marches in 1965. As a social and racial justice advocate, Sales encourages young people to “individually and collectively stand up for themselves with dignity, clarity and nonviolent persistence.”

Developing culture-building practices to help raise awareness and adoption of our vision, mission and values is one of the strategic goals of Michigan Engineering's Diversity, Equity and Inclusion Strategic Plan. Learn more about the plan and how you can get involved. 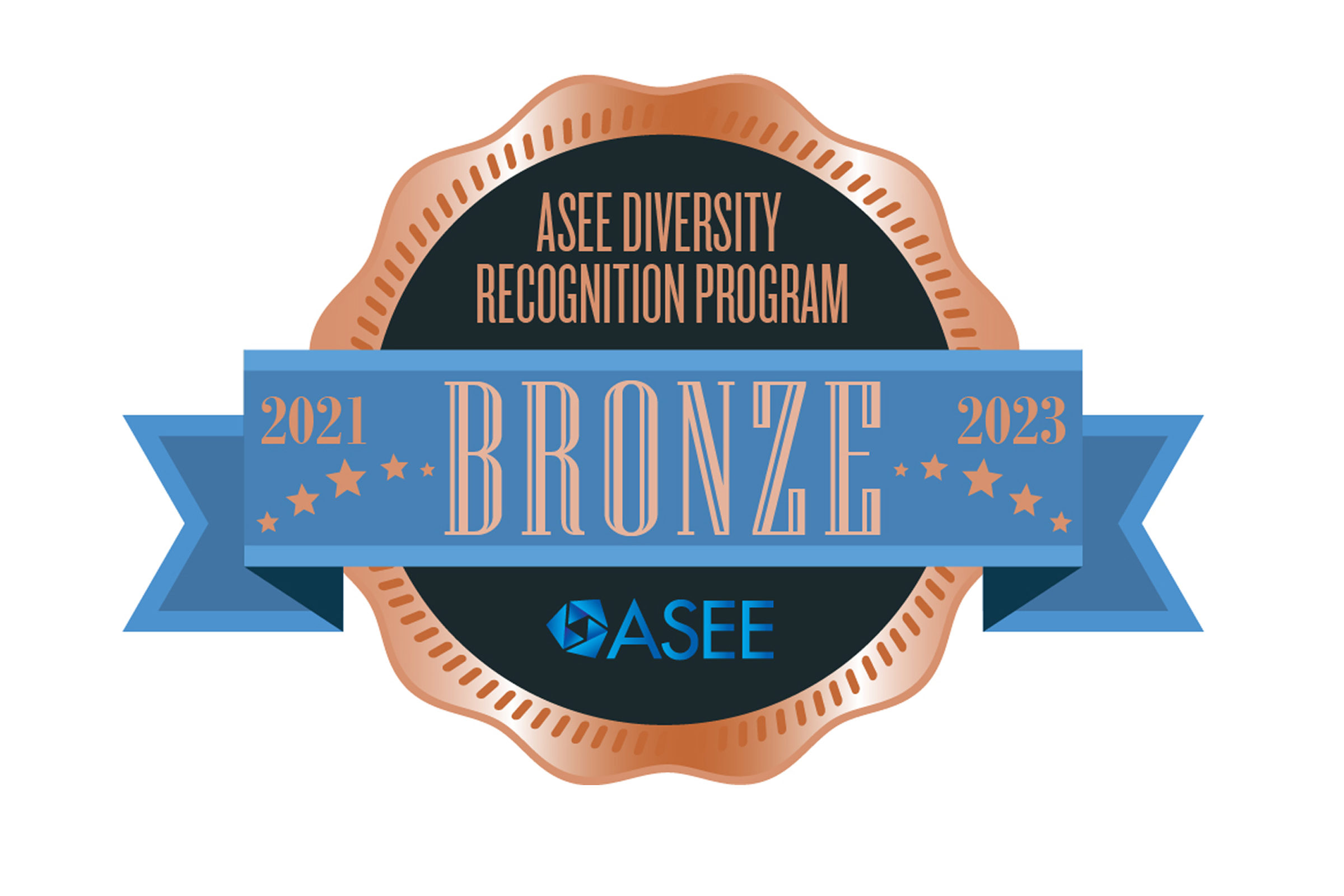