by Dan Newman
EECS: Electrical and Computer Engineering
April 23, 2018
The multi-layered organic solar cells will be able to curve in clothing or be transparently built into windows.| Medium Read
Enlarge 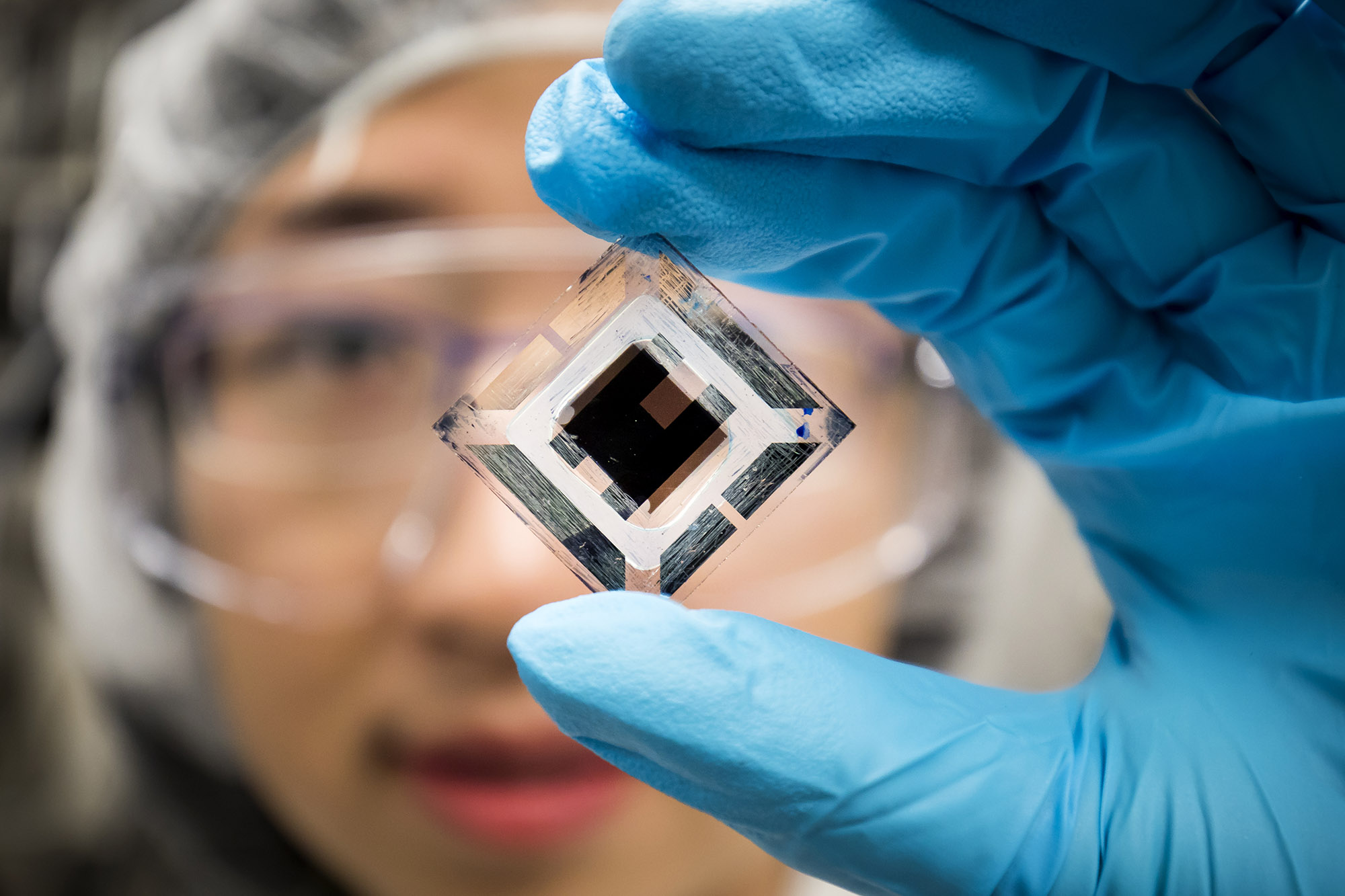 In an advance that makes a more flexible, inexpensive type of solar cell commercially viable, University of Michigan researchers have demonstrated organic solar cells that can achieve 15 percent efficiency.

This level of efficiency is in the range of many solar panels, or photovoltaics, currently on the market.

But carbon-based organic solar cells could be inexpensively manufactured in rolls that are thin enough to bend and curve around structures or within clothing, and made any color, even transparent, to blend in to their environment.

Despite these advantages, organic solar cells have lacked the efficiency required to compete with conventional energy sources.

“For the last couple of years, efficiency for organic photovoltaics was stuck around 11 to 12 percent,” said Xiaozhou Che, a doctoral candidate in the Applied Physics Program and first author of a new study published in Nature Energy.

To break them out of this rut, the researchers combined multiple advancements in design and process.

“By themselves, the cells achieve 10- to 11-percent efficiency,” Che said. “When we stack them together, we increase light absorption and efficiency improves to 15 percent with an antireflection coating.”

Stacking the cells required a breakthrough in process. The team developed interconnecting layers that prevent damage to the first cell, and still allow light and electrical charges to pass through.

“That’s considered a difficult process because there’s a chance the liquid used in processing the top cell will dissolve the layers already deposited underneath,” Che said.

Expected in near future

Finally, the team demonstrated that their new design, materials and process have a high fabrication yield of over 95 percent. This means the researchers successfully created almost all devices without short circuits, and is important for scaling up fabrication to an industrial level.

Despite setting record efficiency, the team believes they can push their progress even further.

“We can improve the light absorption to increase electric current, and minimize the energy loss to increase voltage,” Che said. “Based on calculations, an 18-percent efficiency is expected in the near future for this type of multijunction device.”

In addition to Forrest and Che, study co-authors include Yongxi Li, a postdoctoral fellow in the Department of Electrical Engineering and Computer Science, and Yue Qu, a doctoral student in electrical engineering. 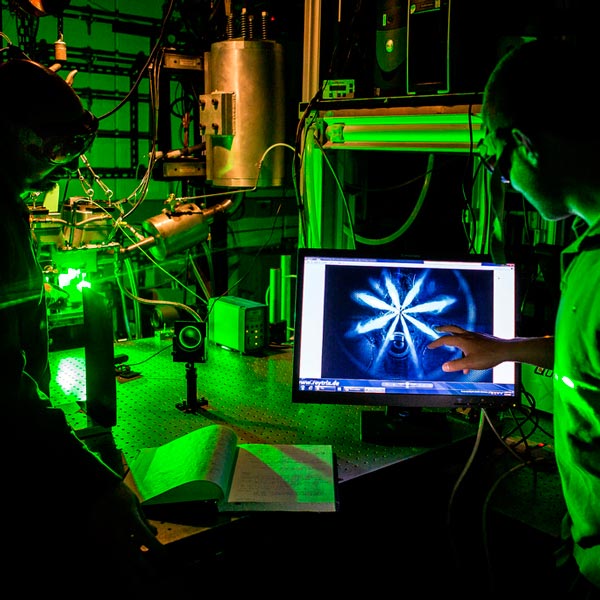