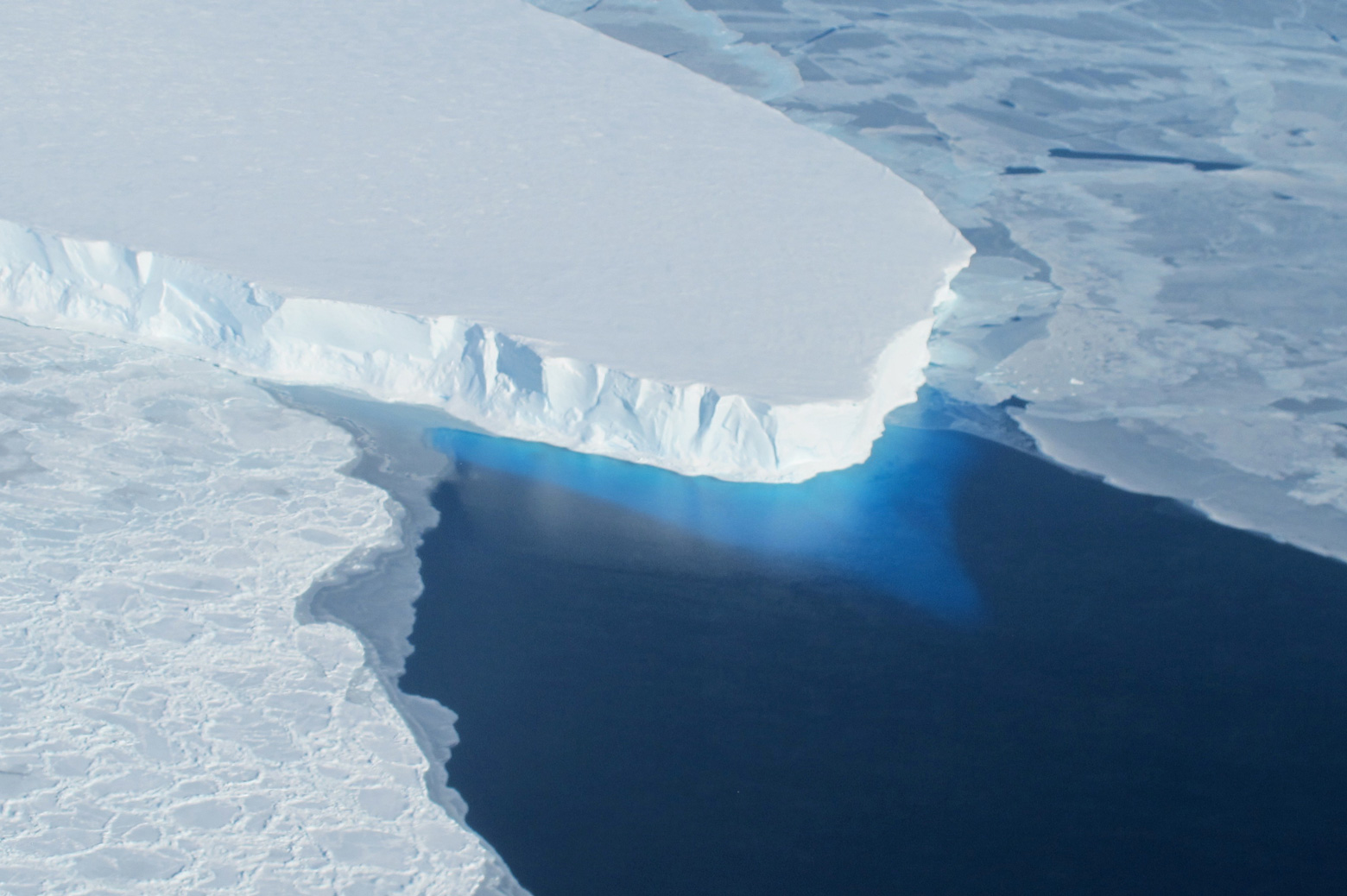 IMAGE:  The Thwaites Glacier in West Antarctica will be the subject of a new, major binational research program aimed at better understanding and predicting sea level rise.

The collapse of the Thwaites Glacier in West Antarctica could significantly affect global sea levels and University of Michigan scientists are part of an international research effort to understand how quickly the region could change.

The International Thwaites Glacier Collaboration, announced today, will be among the most detailed and extensive examinations of the massive Antarctic glacier ever undertaken.

Thwaites already drains an area roughly the size of Britain or Florida, accounting for around 4 percent of global sea-level rise—an amount that has doubled since the mid-1990s.

As part of the new $25 million research collaboration, the UK Natural Environment Research Council and the U.S. National Science Foundation will deploy scientists to gather the data needed to understand whether the glacier’s collapse could begin in the next few decades or centuries.

Jeremy Bassis, U-M associate professor of climate and space sciences and engineering, and Doug Benn, glaciologist at University of St. Andrews, will lead a team focused on computer modelling of how glacial ice breaks and flows. The $660,000 effort will help produce better projections of sea level rise.

“We really don’t know if we’re likely to see 50 centimeters of sea level rise over the next century, or a meter or maybe even more,” said Bassis. “Our part of this project is to create really detailed models of how ice flows and breaks in order to understand how fast those processes happen.”

Bassis’ team will model deterioration progress on three levels, starting at the smallest level—with individual fractures in the ice—and gradually increasing in scope.

We really don’t know if we’re likely to see 50 centimeters of sea level rise over the next century, or a meter or maybe even more.
Tweet

NERC and NSF have jointly funded a total of eight projects that will bring together leading polar scientists in one of the most inhospitable regions of the planet. South Korea, Germany, Sweden, New Zealand and Finland will also contribute to the various projects.

Reducing scientific uncertainty about the likelihood, timing and magnitude of the collapse of West Antarctic glaciers is an international priority that was recently underscored by the Scientific Committee on Antarctic Research in its report, Horizon Scan 2020

Antarctica’s glaciers contribute to sea-level rise when more ice is lost to the ocean than is replaced by snow. To fully understand the causes of changes in ice flow requires research on the ice itself, the nearby ocean, and the Antarctic climate in the region. The program will deploy the most up-to-date instruments and techniques available, from drills that can make access holes 1,500 meters into the ice with jets of hot water to autonomous submarines like the Autobsub Long Range affectionately known around the world as Boaty McBoatface.

In addition to the $25 million of awards to the research teams, the logistics of mounting a scientific campaign in one of the most remote places in Antarctica could cost as much again in logistical support. The nearest permanently occupied research station to the Thwaites Glacier is more than 1600km away, so getting the scientists to where they need to be will take a massive joint effort from both nations.  While researchers on the ice will rely on aircraft support from UK and U.S. research stations, oceanographers and geophysicists will approach the glacier from the sea in UK and U.S. research icebreakers.