Kenneth Gavin’s memories of Benton Harbor in the 1970s include the good and the bad—particularly, the fond 1978 recollection of joining the church he would one day pastor. They also include something more ominous: the opening of The Orchards Mall in Benton Township just a year later.

Located a mile-and-a-half away from Gavin’s Second Baptist Church, the mall began drawing shoppers, businesses and jobs from the city. And while signs of economic downturn were visible in the city before, Gavin looks at that time as the “beginning of the economic demise of Benton Harbor.”

Today, 50 percent of city residents live below the poverty level, 24 percent are unemployed and access to a personal vehicle is no sure thing. Many rely on public transportation—the area’s low-cost Dial-a-Ride service—since the majority of jobs are located outside Benton Harbor.

But it is a transportation system with limitations and problems.

“If you work outside of Benton Harbor or Benton Township… Dial-a-Ride may not provide transportation to those areas,” Gavin said. “The other problem with Dial-a-Ride is it takes a long time for them to come and answer a call. That may cause you to be late for work.

“You have to have some good common-sense planning in order to get to a job on time. That’s key to keeping a job.”

Lack of reliability is a problem for many residents in Benton Harbor. And with just two fixed routes to supplement its “demand response” service for individual passengers, Dial-a-Ride doesn’t take residents to all of the places outside city limits where most of the jobs can be found these days.

Engineers at the University of Michigan are looking to tackle Benton Harbor’s transportation issues, with data collection already underway this fall. By tracking residents’ transportation activity, Tierra Bills, an assistant professor and Michigan Society Fellow in the U-M Department of Civil and Environmental Engineering, hopes to help city officials improve and streamline the services offered to a population in need of better services.

U-M’s research team is providing data that will help city and area officials hone in on the employment issues as part of the transportation study.

Transportation has been challenging for local students as well. In November, Dial-a-Ride’s short, red and white shuttle pulled to the curb outside the entrance at Lake Michigan College’s main building east of Benton Harbor.

Students hoping to make Introduction to Public Speaking or Pre-Algebra—both slated for noon—were running behind. Their Dial-a-Ride shuttle was 12 minutes behind schedule.

Dave Leoni is among those frustrated with his public transportation options. Currently a line cook at a local brewery, the 40-year-old is pursuing an associate’s degree in culinary arts at Lake Michigan College in order to create more opportunities for himself.

At the start of the fall semester in September, Leoni was getting his classes by Dial-a-Ride. But he wound up having to buy an eight-year-old Pontiac G6 after more than a month of losing grade points for constantly showing up late.

Benton Harbor officials sought assistance from U-M, and now Bills’ team is harnessing information from city residents themselves to determine what the community’s options are.

“What we’re talking about is a collaborative effort to reorganize public transportation,” Bills said. “There are some obvious hubs where people want to go. So how do we get them there? How do we develop an approach where stakeholders, public and private together, can find a solution to this?”

What we’re talking about is a collaborative effort to reorganize public transportation. There are some obvious hubs where people want to go. So how do we get them there? How do we develop an approach where stakeholders, public and private together, can find a solution to this?

To capture the necessary data, Bills and her team travelled to Benton Harbor in late September to conduct a workshop with 20 residents. In the following weeks, another 25 filled out the online survey at www.bhtravelneeds.com. Questions include the modes of transportation used, how often they’re used and the destinations residents need to reach.

On Nov. 9, roughly 40 residents participated in a follow-up session, where many agreed to have their transportation habits monitored for a week electronically. By downloading a smartphone app, or carrying a GPS transmitter, those residents will provide researchers with accurate data on where they travel, when and how.

Alex Little is the executive director of the Twin Cities Area Transportation Authority, which runs Dial-a-Ride. Along with Benton Harbor, the service operates in St. Joseph, as well as St. Joseph, Benton and Royalton townships.

He described Dial-a-Ride as “good service,” but said there is room for improvement.

“We’re very appreciative to the University of Michigan for working with us and assisting with doing this study…,” Little said, as the November meeting broke up. “I know that the people that are here tonight that are completing these surveys, these are our bus riders. They are the people that actually use the service.

“They know the issues. They know the problems. And by their contribution of information, we’re going to try and make the service even better for them.”

Incorporated just over a century-and-a-half ago, today’s Benton Harbor faces a host of challenges. The city’s population peaked around 1960, with just over 19,000 residents, according to U.S. Census data. Today, that figure sits just over 9,900.

Many of the businesses once located within city limits that provided Benton Harbor residents with jobs in better times now stand closed. Modern Plastics, which sits long North Shore Drive, is a prime example.

For seven decades, the plant employed locals to churn out all manner of plastic goods, for everyone from the automotive industry to hospitals. That run came to an end in 2008, and now the old factory sits unused with windows broken out and parking lots overgrown.

Near the sidewalk, a cracked sign still stands pointing visitors toward the unused employment office.

The region has jobs to offer, but most lie miles away from Benton Harbor.

“The solution is in understanding the city’s travel needs in comparison to the majority population in the region and how we can engineer improvements to public transportation that specifically affect employment outcomes,” Bills said. 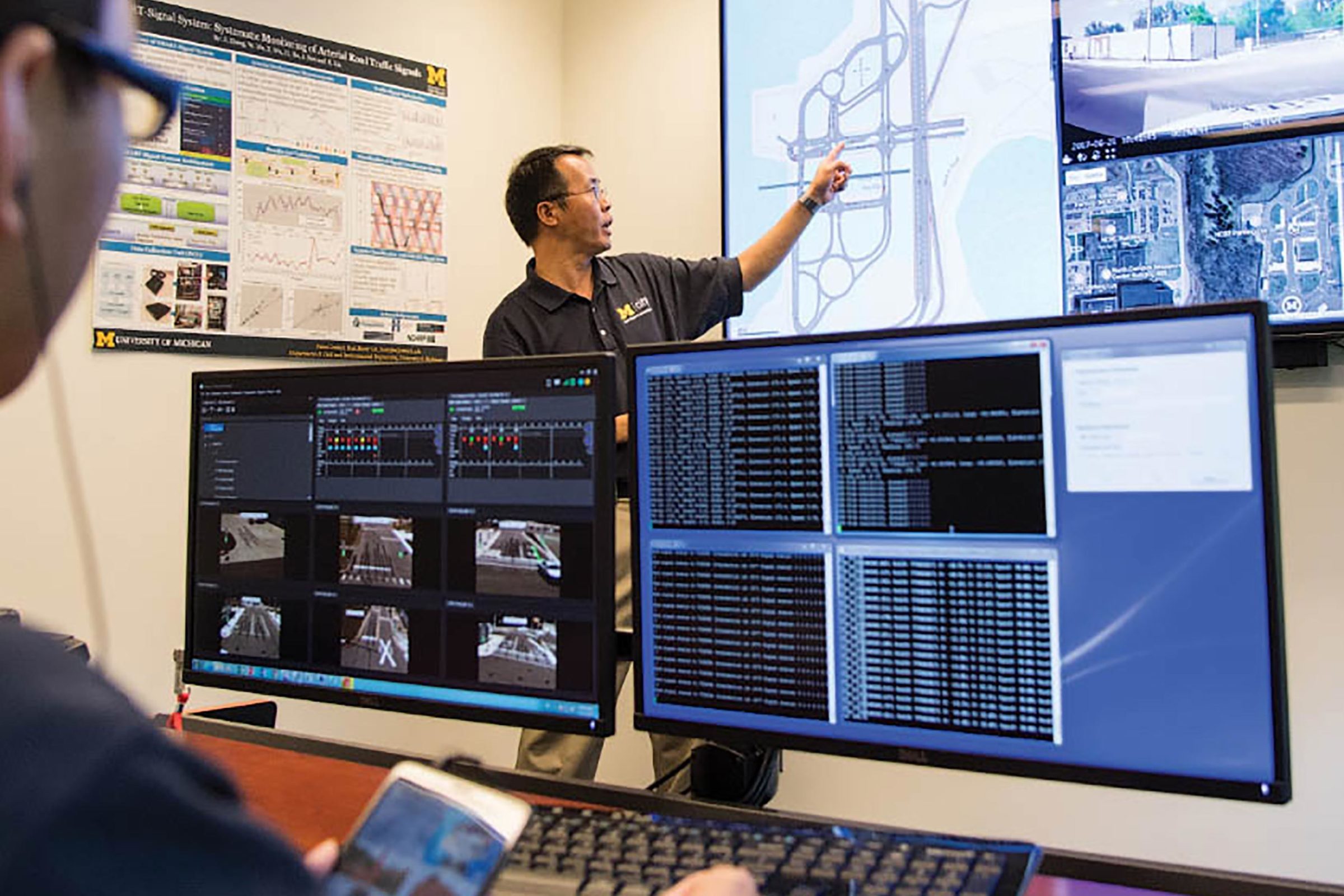 Adding simulated vehicles to closed-course testing can train robocars to handle even the most unlikely scenarios.| Short Read
Researchers