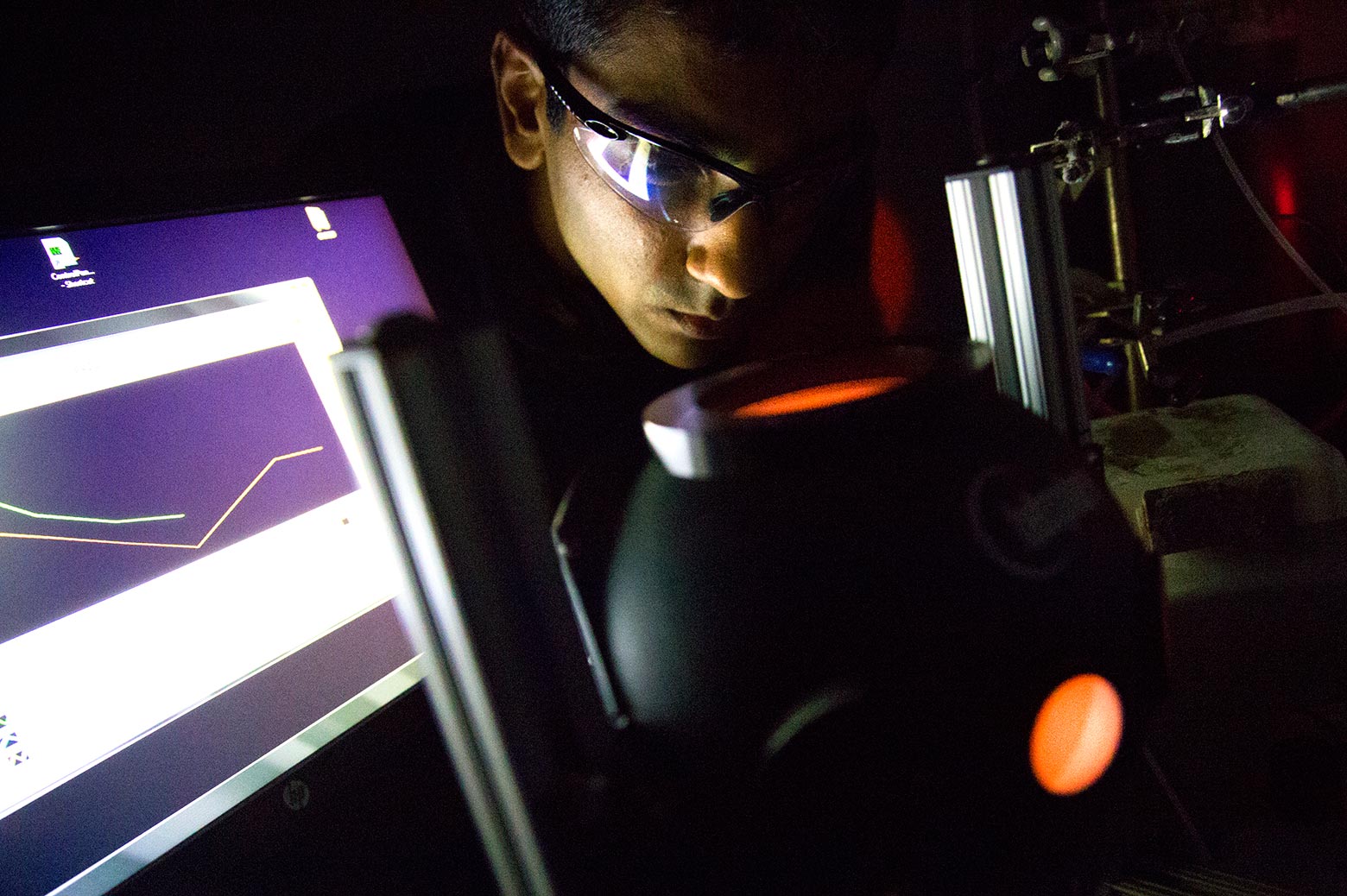 IMAGE:  Umar Aslam peers into the light source used during the experiments that revealed how the silver nanocubes captured energy and delivered it to the platinum shells. Credit: Akhil Kantipuly, Michigan Engineering Communications & Marketing.

An exotic interaction between light and metal can be harnessed to make chemical reactions more sustainable, but the physics behind it has been widely debated in the field.

Now, a study from the University of Michigan has shown how a light-harvesting metal transfers energy to a catalytic metal, opening the way for better catalyst designs.

Catalysts are mediators of chemical reactions: they can make reactions happen at lower temperatures, reducing the energy needed, and they can also give an edge to a desired reaction pathway, producing more of the target chemical and less waste. 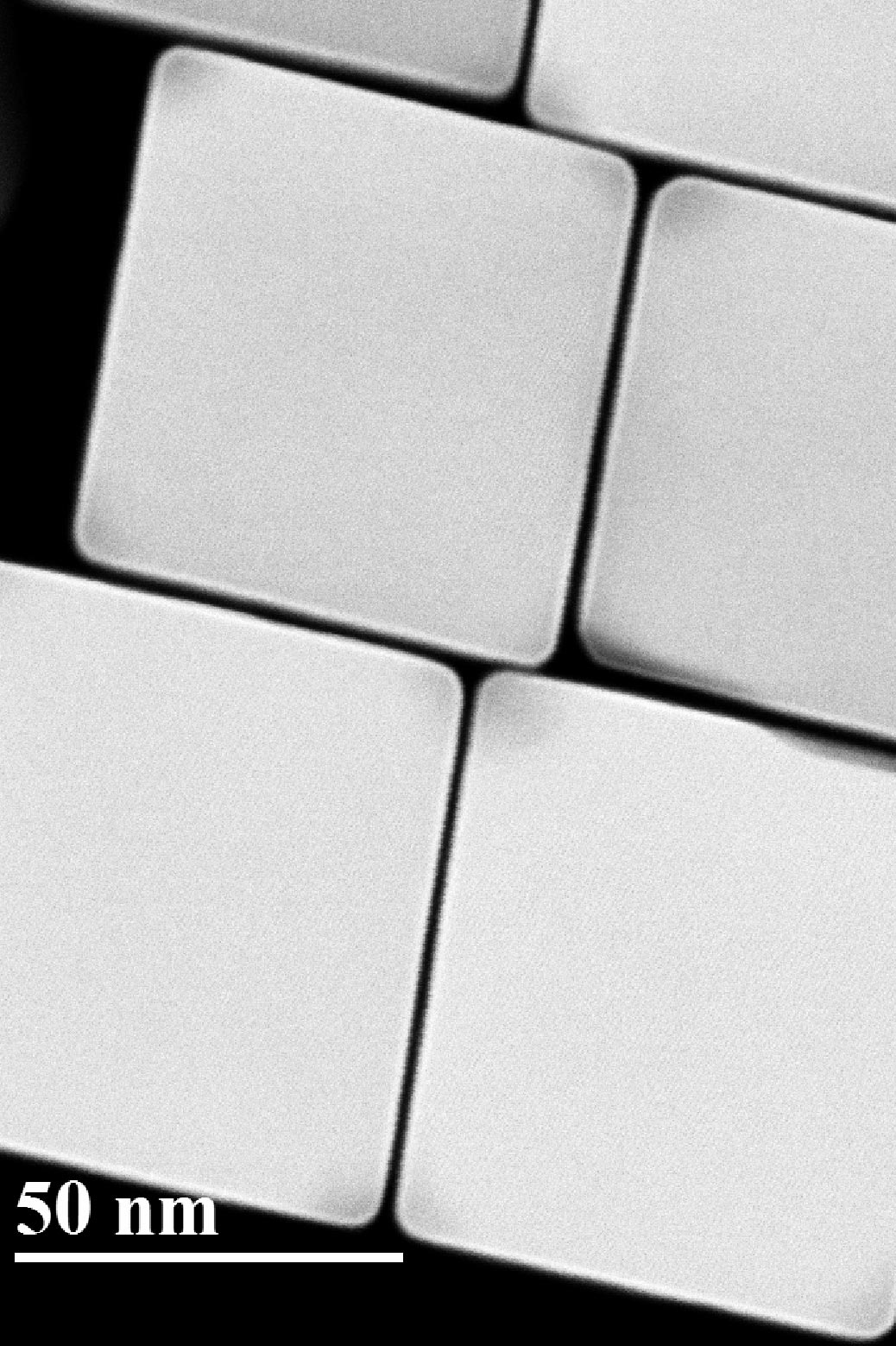 A new kind of catalyst can be made from so-called plasmonic metals that are good at capturing the light, but they aren’t terrific at guiding reactions. To improve their effectiveness, researchers have been peppering them with materials that are better catalysts, improving reactions related to fuel production and common household products like toothpaste, for example.

“The difficulty with earlier experiments was that there were many different exposed surfaces, so it gets very difficult to interpret your results because of the complexity of the nanoparticles,” said Umar Aslam, U-M doctoral student in chemical engineering,

Now, Aslam and his colleagues in the research group of Suljo Linic, a professor of chemical engineering and a pioneer in plasmonic catalysis, have shown how the energy moves. Rather than energetic electrons hopping from the light-capturer to the catalyst, the plasmonic metal is acting more like a radio antenna, with the catalyst as the receiver, Aslam said.

Their experiment, published in the journal Nature Nanotechnology, was the first to convincingly show that this mechanism is at work.

“We described how plasmonic nanostructures move the energy of light to the catalytically active sites,” Linic said. “We then demonstrated how this mechanism can be exploited to design very efficient and selective catalysts.”

Selectivity is prized because it reduces the unwanted “side” reactions that produce waste.

Copper, silver and gold are known for their plasmonic properties, or their ability to capture the energy of visible light in the form of waves in their surface electrons, called surface plasmons. 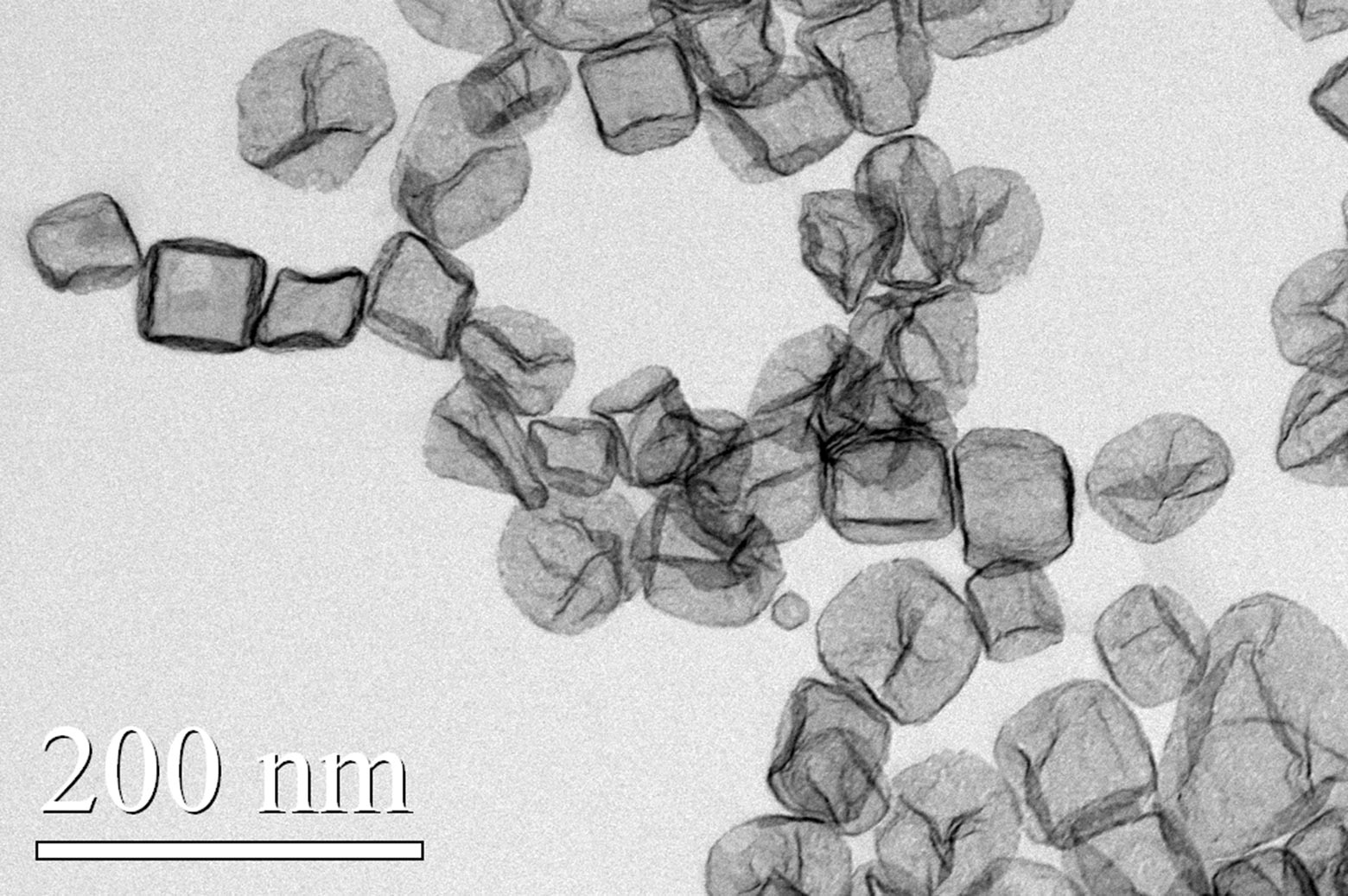 In the experiment, Aslam and Steven Chavez, also a doctoral student in chemical engineering, produced silver nanocubes, about 75 nanometers (millionths of a centimeter) to a side. They then coated these with platinum just one nanometer thick.

Metal that thin is essentially transparent to light, so the coated silver continued to turn the light into surface plasmons. The silver then funneled the energy to the platinum coating through the sea of electrons shared between them. The platinum produced energetic electrons and positively charged holes—charge carriers that could then go on to cause chemical reactions on its surface.

Platinum is widely considered to be “the emperor of all catalysts,” which makes this material an obvious choice for researchers interested in plasmonic catalysis, Aslam said.

Yet no one had been able to do it before because it is very difficult to coax a thin film of platinum onto silver. Under most conditions, the silver tends to tarnish, Aslam said. So he and Chavez tweaked the reaction conditions so that the platinum coating happened much faster than the tarnishing.

The group demonstrated that the catalyst nearly doubled the rate at which carbon monoxide contaminants in hydrogen turned into carbon dioxide when the light was on—compared to the reaction in the dark, which relies on the platinum alone. This conversion is important in the production of hydrogen from methane, as leftover carbon monoxide gunges up the catalysts in hydrogen fuel cells. 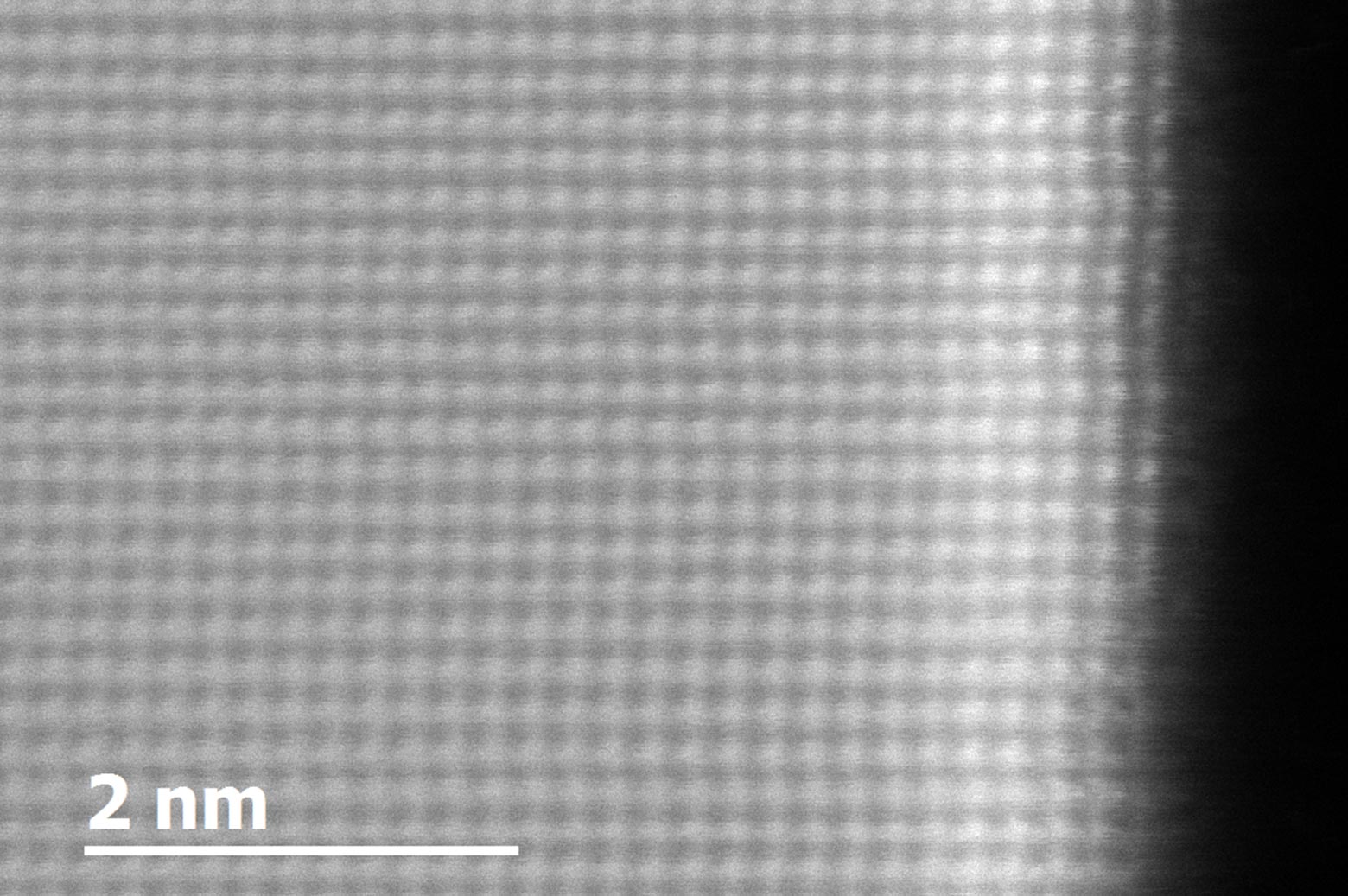 They showed that neither the silver nanocubes alone—nor the cubic platinum shells left over when the silver was removed by acid—could perform like the platinum-coated cubes. Still, Linic and Aslam caution that these new catalysts aren’t yet harbingers of a revolution in industrial chemistry.

“Right now, plasmonic catalysis is a nascent field,” Aslam said. “It costs more to prepare a catalyst like this compared to conventional catalysts.”

But with continuing advances in nanoparticle synthesis and ideas to further improve the efficiency gains offered by plasmonic catalysts, they may make the chemical industry greener in the future.

The study is titled “Controlling energy flow in multimetallic nanostructures for plasmonic catalysis.” The work was primarily supported by the National Science Foundation, with additional support from the U.S. Department of Energy and U-M College of Engineering.