Michigan Engineering
May 30, 2017
Humans can influence space weather.| Short Read
Our Cold War history is now offering scientists a chance to better understand the complex space system that surrounds us. Space weather -- which can include changes in Earth's magnetic environment -- is usually triggered by the sun's activity, but recently declassified data on high-altitude nuclear explosion tests have provided a new look at the mechanisms that set off perturbations in that magnetic system.

High-altitude nuclear tests during the Cold War had planet-wide impacts on Earth’s space weather and a team of researchers led by the University of Michigan has provided new insights into these events.

The sun is behind most of Earth’s space weather—changes in the planet’s magnetic environment that cause aurora and also can damage satellites and the electrical grid. But scientists have understood for decades that human activity can also play a role. What they haven’t understood until now is the extent to which people can influence Earth’s space weather.

“By taking a fresh look at old observations, we now have a better sense of how profoundly human activities can impact Earth’s space weather,” said Tamas Gombosi, first author of a paper on the findings published in Space Science Reviews and a U-M professor of climate and space sciences and engineering.

With exotic code names like Starfish, Argus and Teak, the United States and Soviet Union conducted high-altitude nuclear explosion tests from 1958 to 1962. James van Allen, discoverer of Earth’s radiation belts that now bear his name, called the tests the “greatest geophysical experiment ever conducted by man.” 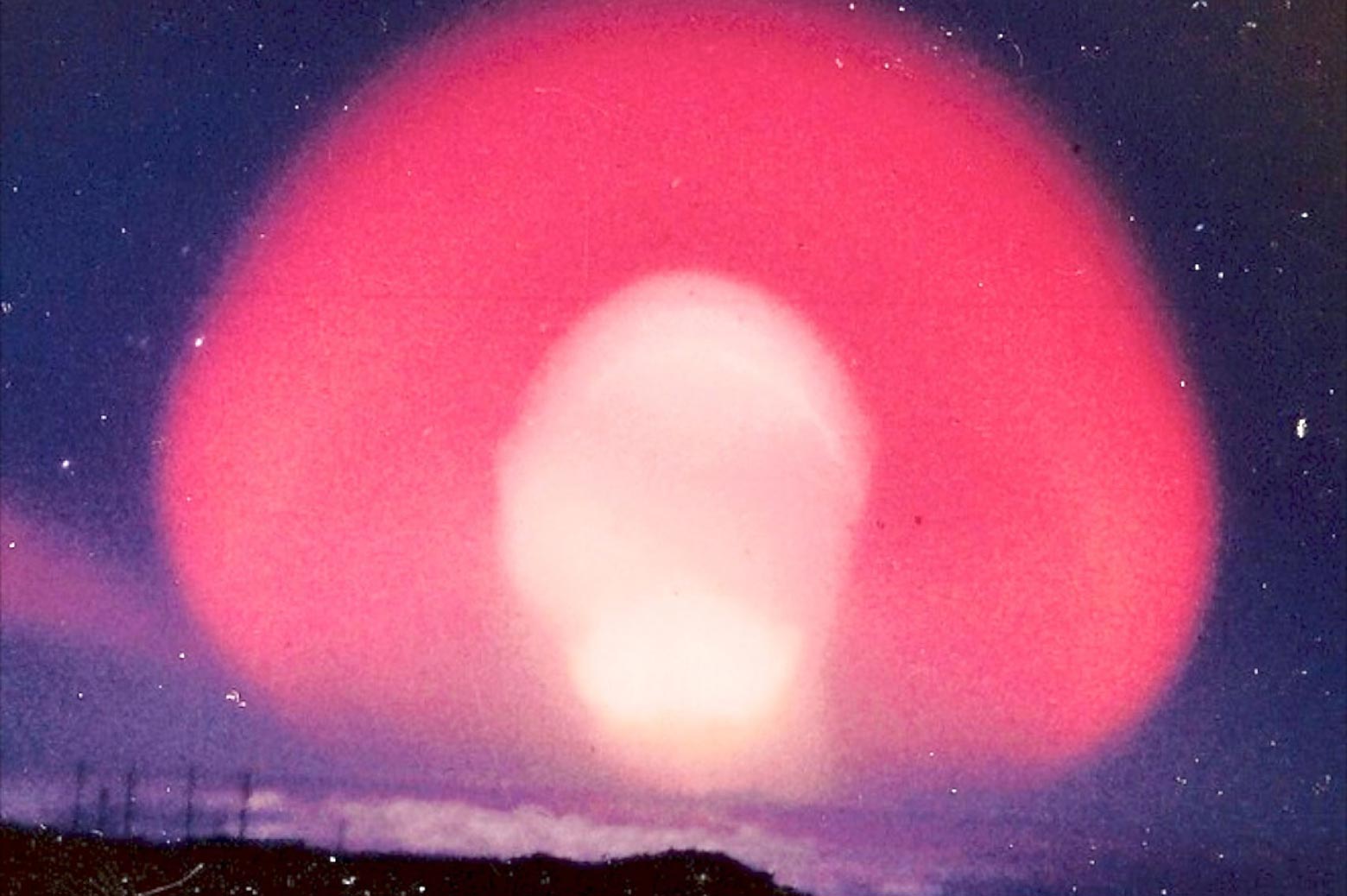 IMAGE:  The Teak is one of the high-altitude nuclear tests conducted in 1958 and 1962 by the United States near Johnston Island in the mid-Pacific. Courtesy of Tamas Gombosi.

The tests had unforeseen impacts on a planetary scale. They induced auroras and magnetic disturbances that mimicked those from solar activity. Still, it’s been unclear just how dramatic those effects were, and what would happen if they were to occur today, given our technological advancement and infrastructure.

“A high-altitude nuclear explosion would be like having millions of lightning strikes hit the U.S. in less than one second,” Gombosi said. “If this were to happen today, it could create havoc in every aspect of civilized life, and its effects would mimic those of the largest solar storms.”

The study by Gombosi and his colleagues examines the nuclear tests and other human-induced space weather.

Space weather—which affects the region of near-Earth space where astronauts and satellites trave—is typically driven by external factors. The sun spews out high-energy particles, known as the solar wind. Most of these charged particles are deflected by Earth’s magnetosphere, a protective magnetic field. But some make their way into near-Earth space and can impact satellites by damaging onboard electronics and disrupting communications or navigation signals. Changes in the magnetic field can also induce currents that damage power grids.

The nuclear tests, which detonated explosives at heights of 16 to 250 miles above the surface, mimicked some of these natural effects. Upon detonation, a first blast wave expelled an expanding fireball of plasma, a hot gas of electrically charged particles. This created a geomagnetic disturbance, which distorted Earth’s magnetic field lines and induced an electric field on the surface. Many satellites near the explosions failed.

Some of the tests even created artificial radiation belts, akin to the natural Van Allen belts, a layer of charged particles held in place by Earth’s magnetic fields. The artificially trapped charged particles remained in significant numbers for weeks, and in one case, years. Such particles, natural and artificial, can damage high-flying satellites by overpowering onboard electronics.

The Teak test, which took place on Aug. 1, 1958, was notable for its artificial aurora. The test was conducted over Johnston Island in the Pacific Ocean. On the same day, the Apia Observatory in Western Samoa observed a highly unusual aurora, which are typically only observed in at the poles. Geomagnetic signatures coincident with the testing were also observed in Hawaii.

Later that same year, effects from the Argus tests were seen around the world. These tests were conducted at higher altitudes than previous tests, allowing the particles to travel farther. Sudden geomagnetic storms were seen from Sweden to Arizona.

Four years later, the more powerful Starfish test caused streetlights in Hawaii to go out when they overpowered the electricity systems. While this effect was relatively harmless, intense space weather today could have a more significant impact on transformers and power grids in our increasingly technology-dependent society.

“There are probably 1,000 to 1,100 active satellites in orbit around Earth now,” said Dan Baker, director of the University of Colorado’s Laboratory for Atmospheric and Space Physics and co-author on the paper. “If a test like that were to happen in modern times, and if we lose a similar fraction of satellites – well, imagine what losing a hundred spacecraft would do to our modern society.”

Nuclear testing has long since stopped, and the present space environment is dominated by natural phenomena. However, considering such historical events helps scientists and engineers understand the effects of space weather on our infrastructure and technical systems, and help plan for worst-case scenarios, the researchers say.

“If we understand what happened in the somewhat controlled and extreme event that was caused by one of these man-made events, we can more easily understand the natural variation in the near-space environment,” said Phil Erickson, assistant director at MIT’s Haystack Observatory and co-author on the paper.

This story was written by Mara Johnson-Groh. 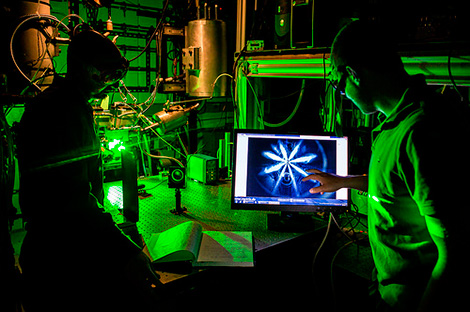