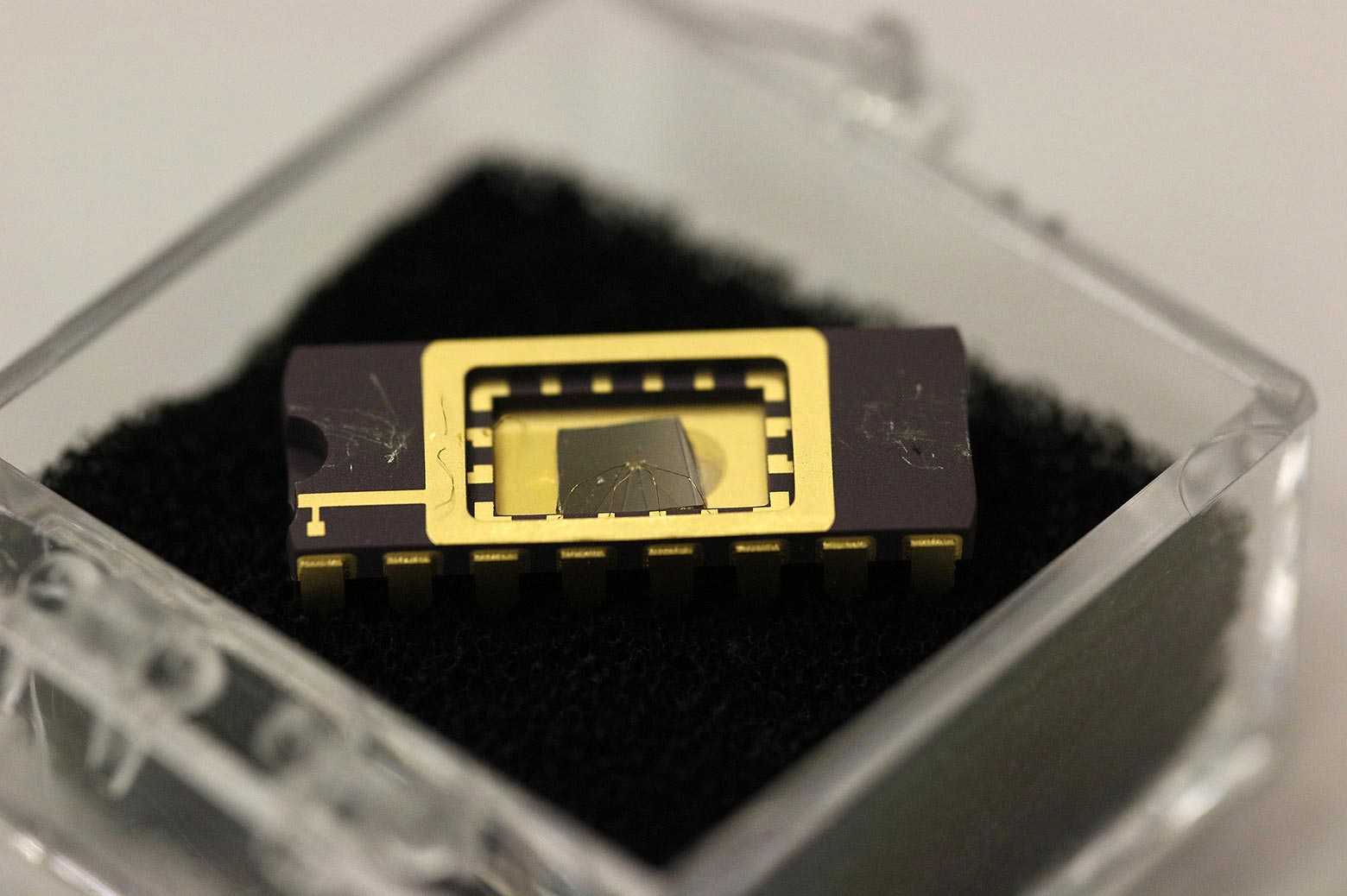 Researchers have solved a problem hindering the development of highly sensitive optical devices made of an advanced material called graphene. This could enable better imaging, displays, sensors and high-speed communications.

Graphene, a new material that is promising for optoelectronics, is composed of a layer of carbon just one atom thick. Researchers are trying to develop graphene-based light detectors, which are critical for many technologies. However, typical light detectors made of graphene have only a small area that senses light. These devices fall short of realizing the potential of graphene’s exceptional sensitivity.

Now, researchers have solved the problem by combining graphene with a much larger silicon carbide layer to create graphene field-effect transistors, or GFETs, that can be activated by light, said Yong Chen, a Purdue University professor of physics and astronomy and electrical and computer engineering and director of the Purdue Quantum Center.

New findings are detailed in a research paper that appeared on April 10th in the journal Nature Nanotechnology. The work was performed by researchers at Purdue, the University of Michigan and Pennsylvania State University.

“In typical graphene-based photodetectors demonstrated so far, the photoresponse only comes from specific locations near graphene over an area much smaller than the device size,” said Igor Jovanovic, a U-M professor of nuclear engineering and radiological sciences. “However, for many optoelectronic device applications, it is desirable to obtain photoresponse and positional sensitivity over a much larger area.”

Researchers have solved a problem hindering development of highly sensitive optical devices made of a material called graphene, an advance that could bring applications from imaging and displays to sensors and high-speed communications.

The team’s results show that even when the silicon carbide is illuminated at points far from the graphene, the device can still sense the light. The new phototransistor also is position-sensitive, meaning it can determine the location from which the light is coming, which is important for imaging applications and for detectors.

“This is first time anyone has demonstrated the use of a small piece of graphene on a large wafer of silicon carbide to achieve the non-local photodetection, so the light doesn’t have to hit the graphene itself,” Chen said. “Here the light can be incident on a much larger area, almost a millimeter, which has not been done before.”

“The semiconductor provides the media that interacts with light,” Jovanovic said. “When light comes in, part of the device becomes conducting and that changes the electric field acting on graphene.”

The shift in the electric field changes the conductivity of the graphene, and that conductivity change is detected. The approach is called field-effect photo detection.

“In most cameras you need lots of pixels,” Jovanovic said. “However, our approach could make possible a very sensitive camera where you have relatively few pixels but still have high resolution.”

Unlike conventional semiconductors, the silicon carbide isn’t doped with any additional elements to make it slightly conductive. This means it’s an electrical insulator unless it is exposed to light – only then does it conduct electricity.

“This is a novelty of this work,” Chen said.

The research is related to work to develop new graphene-based sensors designed to detect radiation and was funded with a joint grant from the National Science Foundation and the U.S. Department of Homeland Security and another grant from the Defense Threat Reduction Agency.

The light doesn’t have to hit the graphene itself.Yong Chen, a Purdue University professor of physics and astronomy and electrical and computer engineering
Tweet

“This particular paper is about a sensor to detect photons, but the principles are the same for other types of radiation,” Chen said. “We are using the sensitive graphene transistor to detect the changed electric field caused by photons, light in this case, interacting with a silicon carbide substrate.”

“There is a lot of interest in developing advanced semiconductor-based devices that can achieve the same function,” Jovanovic said.

The transistors were fabricated at the Birck Nanotechnology Center in Purdue’s Discovery Park. The researchers also explained their findings with a computational model.

Jovanovic is a member of the Consortium for Verification Technology, a multi-institution effort led by U-M to improve technologies and methods for verifying that nuclear nonproliferation treaties are being followed.

Future research will include work to explore applications such as scintillators, imaging technologies for astrophysics and sensors for high-energy radiation. 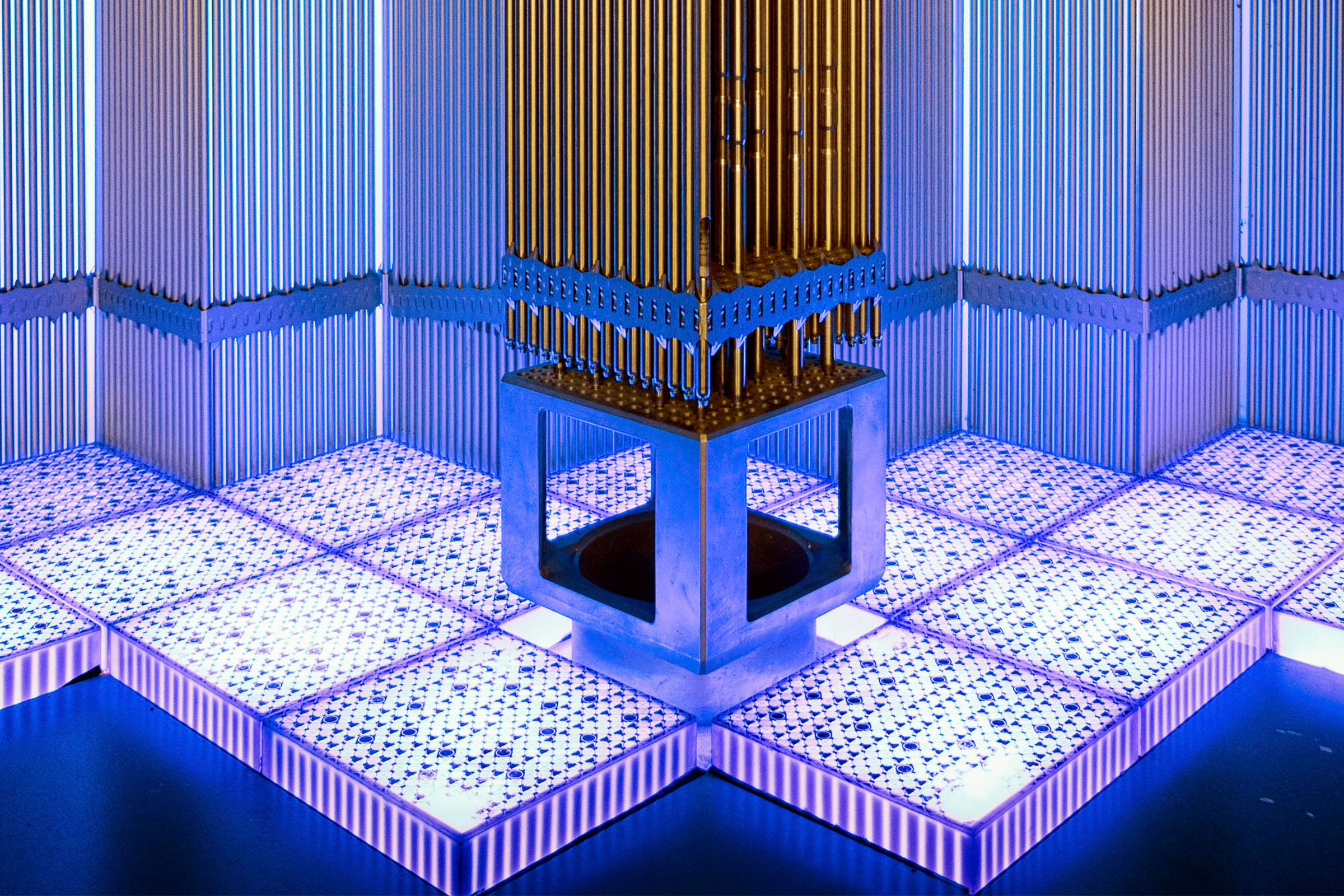 A new lead on a 50-year-old radiation damage mystery