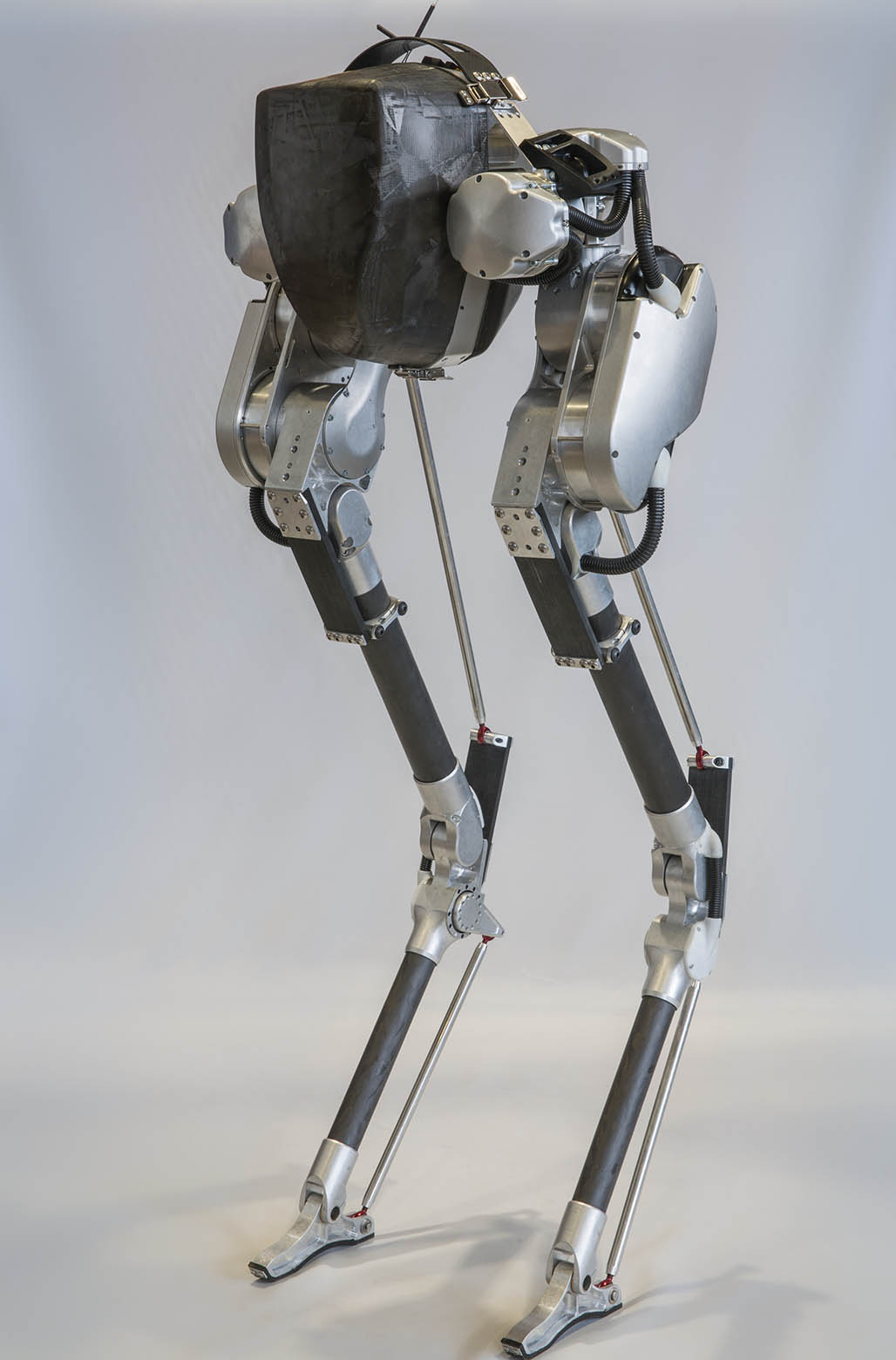 “Cassie is tough. It is designed for the rough-and-tumble life of an experimental robot. In principle, we should not have to use a safety gantry of any kind,” said Grizzle, the Elmer G. Gilbert Distinguished University Professor and Jerry W. and Carol L. Levin Professor of Engineering. “This will allow us to take the robot in wild places.”

Grizzle pushes his current robot to the limit on the North Campus Wave Field, an earthen art installation just up the hill from his lab at U-M, and off-the-path woodland treks. With Cassie, he’ll be on the lookout for new challenges.

Hurst’s previous design, ATRIAS, needs to be tethered to a support beam or gantry to prevent stumbles from becoming catastrophic falls. The gantry caused Grizzle’s ATRIAS robot, MARLO, to abort its first attempt at the Wave Field. The team couldn’t maneuver the wheeled frame over the grassy moguls.

To get around the problem, they tethered MARLO to a pole that was held on the shoulders of grad students or Grizzle himself. This way, if MARLO tripped, the machine’s heavy torso wouldn’t fall to its death (or at least major destruction).

Cassie won’t need its posse to be so hands-on. Its compact and robust frame helps make  falls survivable for the robot, as does being 40 percent lighter. Also unlike MARLO, its powered ankles enable it to stand still.

“Cassie will also have more computing power and onboard battery power,” said Grizzle. “This will allow us to integrate a perception system on the robot.”

A perception system would be a big change for one of Grizzle’s robots. Typically they operate as if they were blindfolded. Cassie will still be able to feel its way along – important for future rescue robots in smoky buildings, for instance – but perception will help the new robot handle more extreme terrain. Grizzle has previously hinted that the Wave Field may not be conquered until the robot can see the changes in topography before it steps into them.

Grizzle has high hopes for the feats that Cassie may be able to perform, with the help of the modifications and algorithms developed by his team. Previously, his lab demonstrated the fastest two-legged robot, which ran the 9-minute mile pace around a circle while attached to a boom for stability. Grizzle thinks Cassie may be able to run faster than an 8-minute mile across a field. 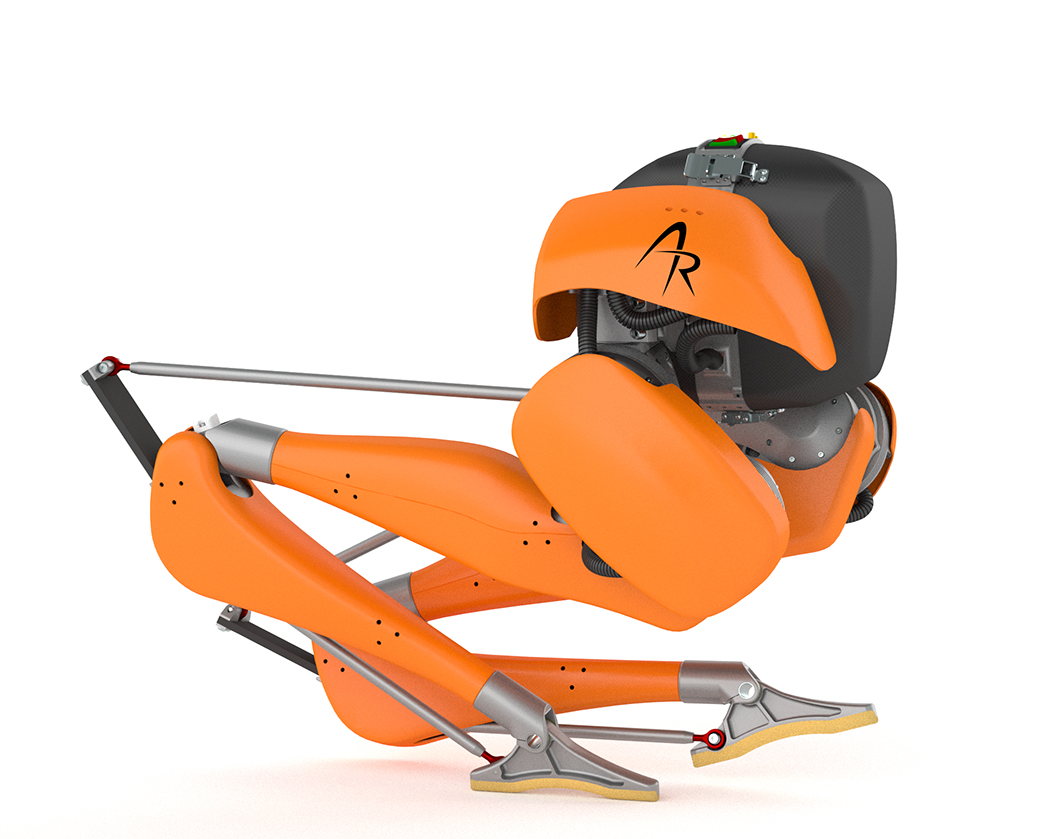 MARLO allowed Grizzle’s group to venture outside.Yet the MARLO offers no control over the direction in which it is headed and can’t rotate its legs.

With full range of motion in the hips, Cassie will be able to maintain and change direction. The team is already testing out their algorithms on a simulated version of Cassie.

Is it curtains for MARLO? Not quite yet. Grizzle plans to keep the robot going for at least another year.

“We can still develop and test cool ideas around the ATRIAS platform,” said Grizzle. “While their realization on the Cassie platform will be more spectacular, you can never have too many functioning robots.”

Grizzle’s group hasn’t yet decided what to call their newest labmate. But when we know, we’ll be sure to tell you via @michigan.engineering on Facebook or @UMengineering on Twitter.

U-M’s purchase of Cassie was funded by the National Science Foundation and the Toyota Research Institute. Grizzle is also a professor of electrical engineering and computer science and mechanical engineering. 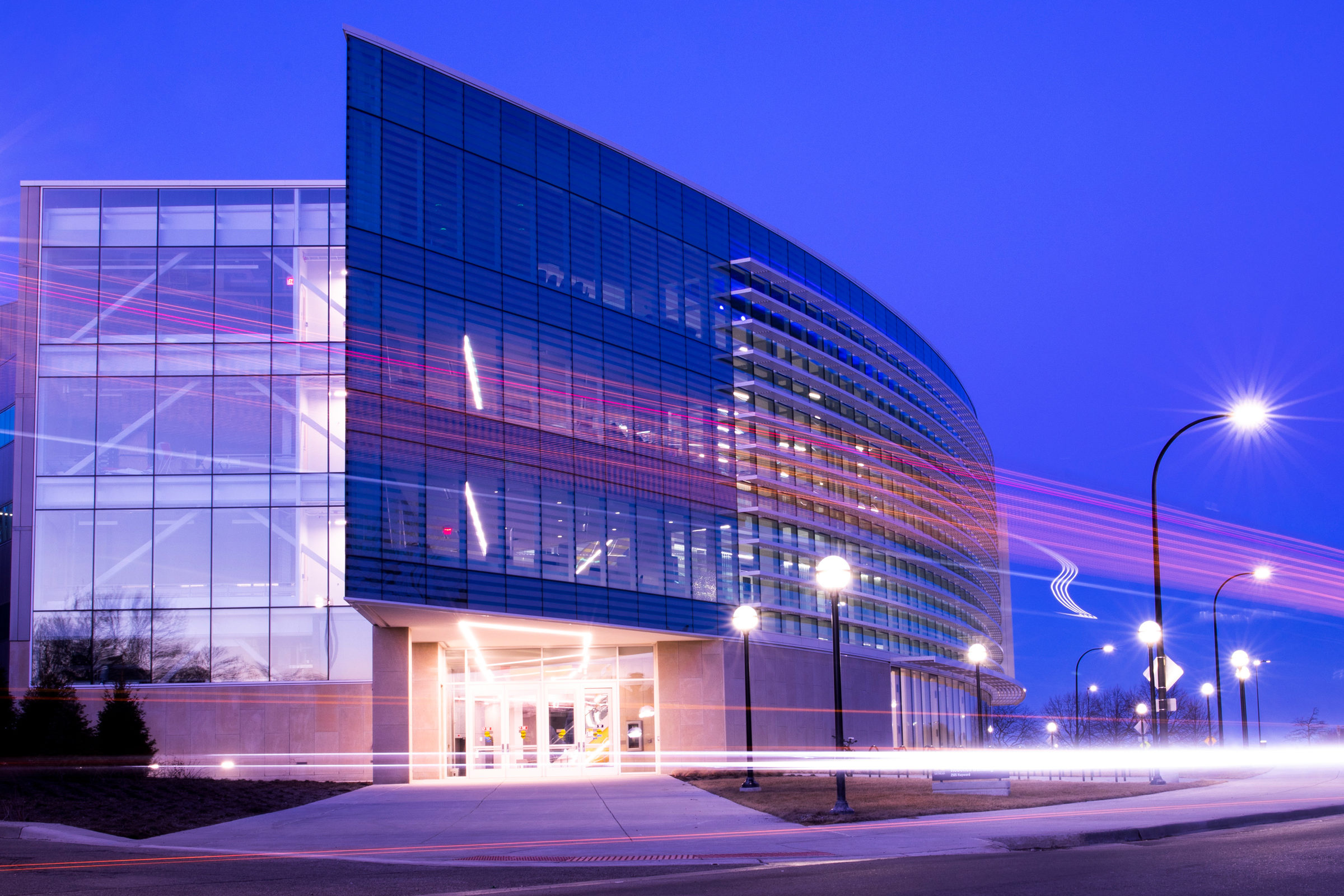 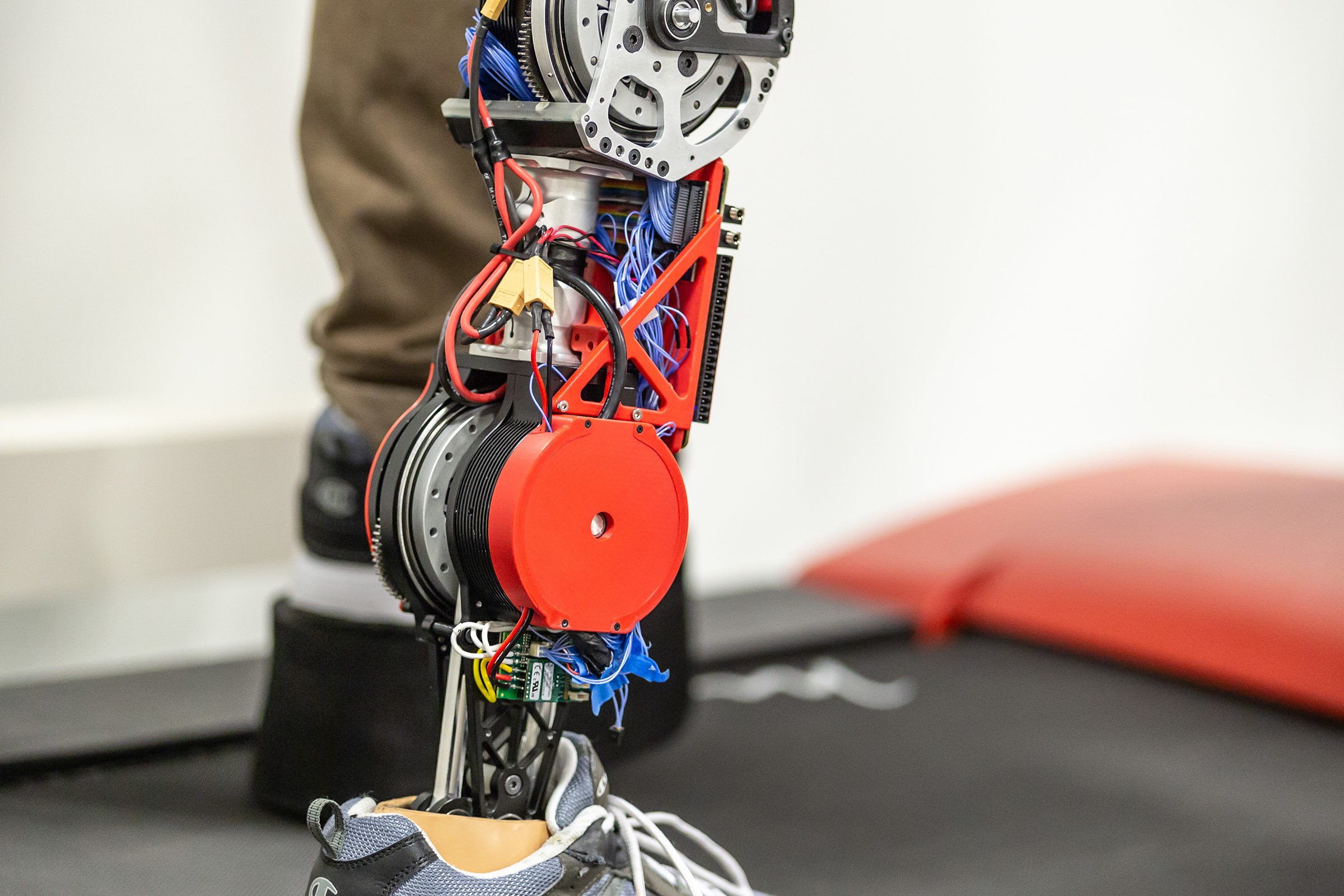 Getting rid of some gears enabled a free-swinging knee, regenerative braking and brought the noise level down from vacuum cleaner to fridge.| Short Read
Researchers