by Kate McAlpine
Michigan Engineering
February 15, 2016
The spacecraft engine that will help take humans to Mars may be based on a University of Michigan prototype.| Medium Read
Enlarge 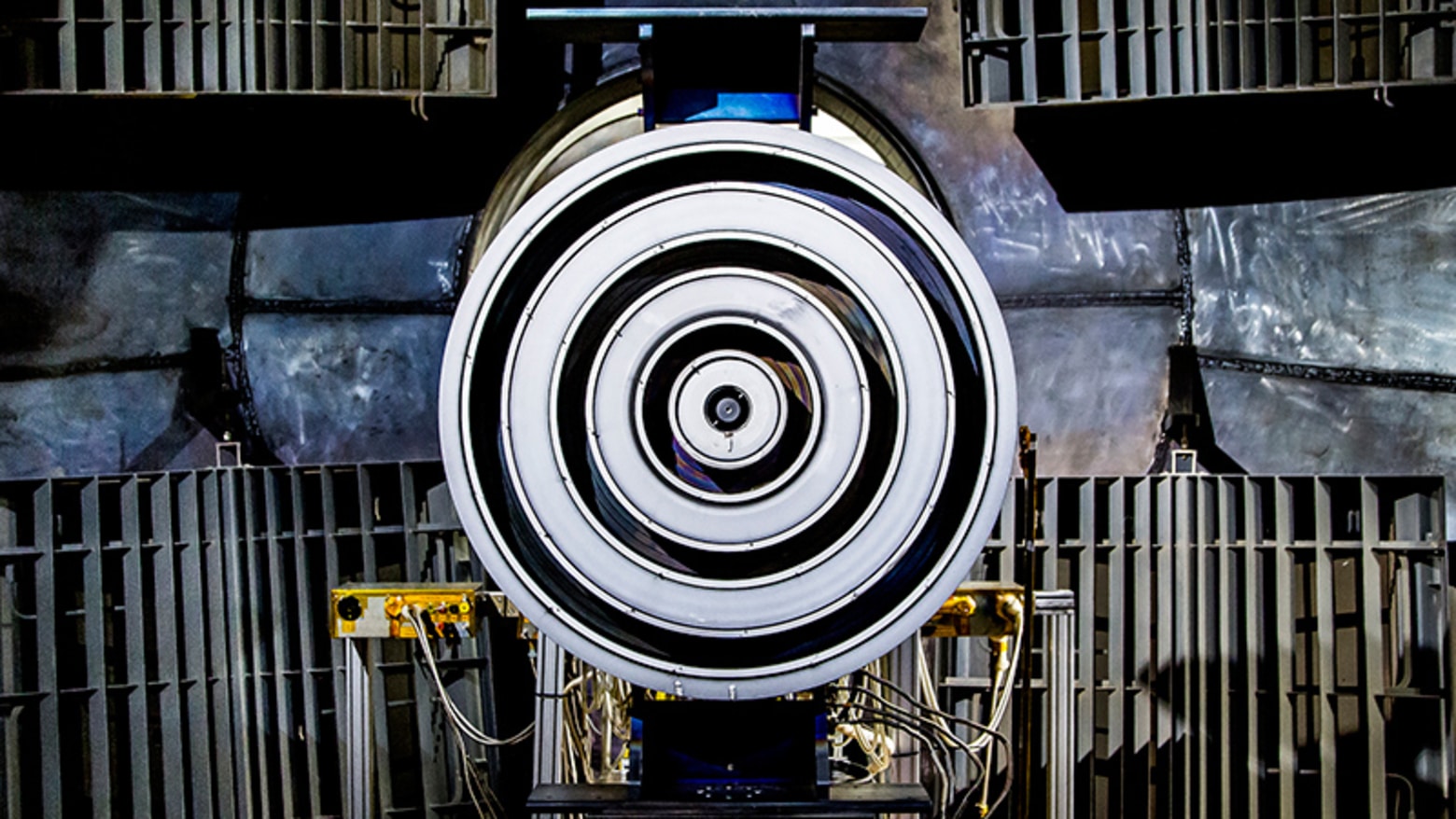 IMAGE:  An X3 thruster that AERO professor Alec Gallimore's team has been working on in conjunction with NASA in the Plasmadynamics & Electric Propulsion Laboratory.

The spacecraft engine that will help take humans to Mars may be based on a University of Michigan prototype.

NASA gave this dream new credibility by funding a spaceflight propulsion system to be built around a tabletop-sized thruster developed by Prof. Alec Gallimore, the Richard F. and Eleanor A. Towner Professor of Engineering and an Arthur F. Thurnau Professor in the U-M Department of Aerospace Engineering.

The agency selected the thruster as part of its Next Space Technologies for Exploration Partnerships, or NextSTEP program. NextSTEP encompasses a set of projects aimed at improving small satellites, propulsion and human living quarters in space. These are milestones toward sending humans into orbit between the Earth and the moon in the 2020s and to Mars the following decade. 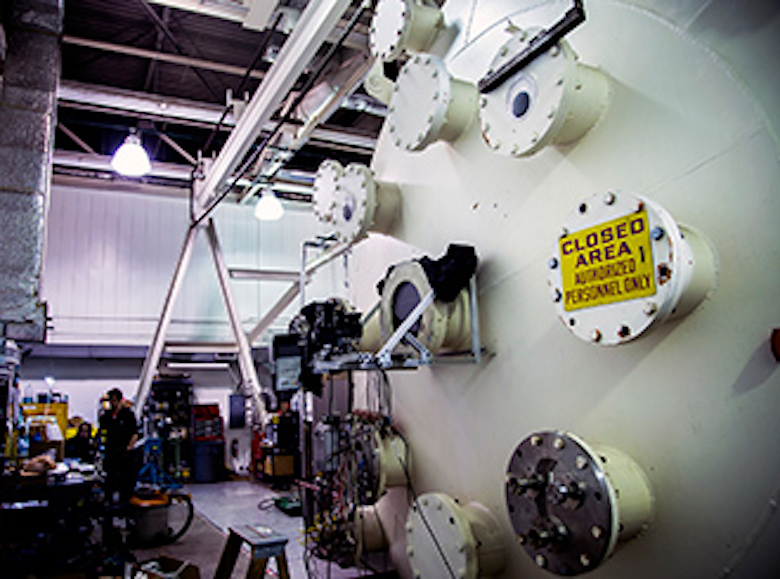 NASA awarded $6.5 million over the next three years to Aerojet Rocketdyne for the development of the propulsion system, dubbed the XR-100. Gallimore’s thruster, the X3, is central to this system, and his team at U-M will receive $1 million of the award for work on the thruster. Aerojet Rocketdyne announced the grant today.

The XR-100 is up against two competing designs. All three of them rely on ejecting plasma – an energetic state of matter in which electrons and charged atoms called ions coexist – out the back of the thruster.

But the X3 has a bit of a head start. For thrusters of its design power, 200 kilowatts, it is relatively small and light. And the core technology – the Hall thruster – is already in use for maneuvering satellites in orbit around the Earth.

“For comparison, the most powerful Hall thruster in orbit right now is 4.5 kilowatts,” said Gallimore. That’s enough to adjust the orbit or orientation of a satellite, but it’s too little power to move the massive amounts of cargo needed to support human exploration of deep space.

A Hall thruster works by accelerating the plasma exhaust to extremely high speeds. The process starts with a current of electrons spiraling through a circular channel. On their whirlwind journey from the negative electrode at the exhaust end to the positively charged electrode on the inner side of the channel, they run into atoms (typically xenon gas) that are fed into the chamber. The collisions knock electrons off the xenon atoms and turn the xenon into positively charged ions. 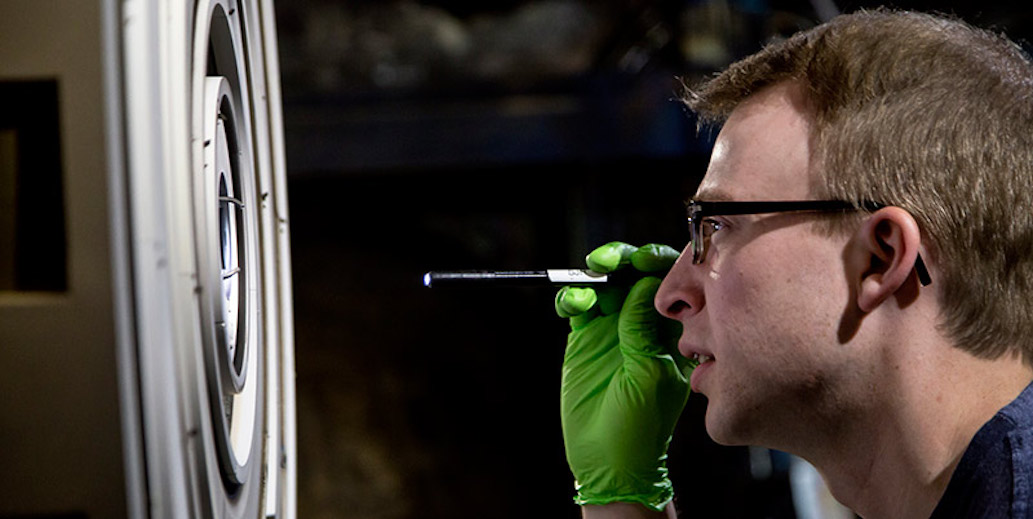 The electrons’ spiraling motion also builds a powerful electric field that pulls the gas ions out the exhaust end of the channel. Just enough electrons leave with the ions to keep the spacecraft from accumulating a charge, which could otherwise cause electrical problems.

The X3 contains three of these channels, each a few centimeters deep, nested around one another in concentric rings. The nesting is what allows the Hall thruster to operate at 200 kilowatts of power in a relatively small footprint. 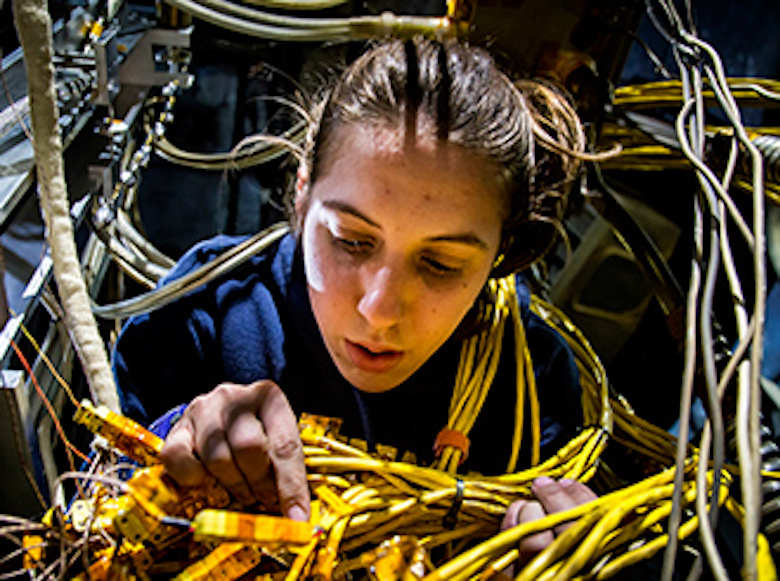 Aerojet Rocketdyne will be building two major components around the X3. The full-fledged propulsion system will need a power processing unit to deliver electricity from a spacecraft’s solar arrays to the thruster, and a system for feeding xenon gas from high-pressure tanks into the channels where the action happens.

Scott Hall, a doctoral student in Professor Gallimore’s lab, will use the funding to put the X3 through a battery of tests, running it up to 60 kilowatts in the Plasmadynamics and Electric Propulsion Lab at U-M and then up to 200 kilowatts at the NASA Glenn Research Center in Cleveland, Ohio

Meanwhile, another doctoral student, Sarah Cusson, will investigate a tweak that could allow the X3 to remain operational for five to ten times longer than its current lifetime of a little over a year.

“If we do our jobs over the next three years, we can deliver both projects,” said Gallimore. “If I had to predict, I would say this thruster would be the basis for sending humans to Mars.”

Dr. James Cutler discusses CubeSats and the role of U-M in their development.| Medium Read
Researchers
In the News
In the NewsMay 7, 2018
Aerospace Alum’s team launches smallest cubesat to Mars