by Joseph Xu
The Michigan Engineer
September 8, 2014
For four months, Matthias Schotanus would call his room in Bursley his home and would share it with three sophomore roommates he hadn't yet met.| Long Read

Matthias Schotanus groggily wakes up at 5 a.m. in the top bunk of his dorm room in Bursley Hall, careful not to hit his head on the ceiling that’s only a few feet from his head. Even with the windows open, the room is humid and musky on a warm Michigan spring morning.

He’s used to living this way now. But when the exchange student from the Netherlands arrived on campus four months earlier, it meant living in a manner he was not at all accustomed to. At Schotanus’ home institution, students are tasked with finding their own living arrangements rather than being assigned rooms in a dormitory, and many end up in single studio apartments.

Schotanus arrived for the semester a few days before anyone else had returned from winter break.

“It was really weird when I came to the U.S.,” Schotanus said. “I was actually the first person in the building, and I was like, ‘Wow this is so empty.’ It was creepy, like everyone left because the world was ending.”

For the next four months, Schotanus would call this room in Bursley his home and would share it with three sophomore roommates he hadn’t yet met.

I was responsible for not only myself but for the other guys, whereas at home I felt taken care of.Jake Moline, Electrical Engineering BSE Student
Tweet

Schotanus’ new Bursley roommates had already lived together the year before. They were among the 97 percent of first-year students at the University of Michigan who live in the residence halls. But they remember what a unique adjustment it had been.

“I don’t think any of us had ever shared a room with anyone else, especially for eight months,” Jake Moline, electrical engineering major, said of his freshman year. “I knew that once all of the parents had left, this was the real world and I knew that we had to help each other.”

When Moline, originally from Brighton, Mich., heard that his childhood friends James Holper and Jesse Hoskins had been accepted into the College of Engineering as well, it was a no-brainer for the three to choose to live together their freshman year.

“I contacted (them) immediately and said, ‘Hey, this will be one less thing to worry about next year if we room together,'” he said.

Elation of being accepted to their dream school soon gave way to the reality of being on their own as soon as they moved into Fletcher Hall their freshman year.

Over the next eight months, the trio adjusted to a new way of living. The proximity to each other in such a small space often meant confronting issues and standards of living such as trash removal, acquaintances spending the night, and occasionally taking care of a roommate who had stumbled home from a party.

“I was responsible for not only myself but for the other guys, whereas at home I felt taken care of,” Moline said. “In the dorms, there’s really no one looking over your shoulder, making decisions for you like all parents want to. In the end, it’s all part of the growing experience.”

The experience ultimately brought the three closer together.

“After eight months were over, I really didn’t want to move out,” Moline said. “I didn’t want anything like that to change. I wasn’t sure how sophomore year would work out, so naturally I wished for it to stay the same.”

STUCK TO THE WALL

There's something different about being in a dorm versus being in an apartment. It's really just one of the last steps before adulthood, where everyone is on that last step and you get to enjoy it together.Jake Moline, Electrical Engineering BSE Student
Tweet

Seeing Nerf guns in a college dormitory was a foreign concept for Schotanus.

“He (Schotanus) made some snotty comments in the beginning,” Jesse Hoskins, aerospace engineering major, said. “He was like,’My little brother has Nerf guns, too.’ And we were like, ‘Well that’s inconvenient for you because we do, too, so suck it.'”

This immediate candor was a defining characteristic of the larger group of friends that Schotanus would be welcomed into with open arms.

“As soon as I went into the room and met Joe, Jesse, and Jake, it was like instantly, ‘This is going to be great,'” Schotanus said. “All the energy in the room sort of excites you.”

The group grew from the original Brighton trio who lived in Fletcher the year before. They decided to live in a quad in Bursley Hall their sophomore year with another friend from home. This turned out to be a boon for the already growing group of friends.

“We weren’t closer to the football stadium, but we were closer to everyone,” Moline said. “Almost everyone in our friend group who came over was in Bursley.”

Within his first two weeks, Schotanus was introduced to the inner workings of “the room,” where eight to 12 students gathered on any given night. The eclectic group spent an exorbitant amount of time with each other — watching the same movies they’ve already seen 10 times, playing volleyball and dodgeball at the North Campus Recreation Building, sharing meals together in the Bursley Hall Cafeteria, and adding personal quotes to a growing collection of post-it notes on the wall.

“There’s something different about being in a dorm versus being in an apartment,” Moline said. “It’s really just one of the last steps before adulthood, where everyone is on that last step and you get to enjoy it together.”

The individuals in the group continuously teetered on that final step, balancing craziness and humor along with moments of seriousness about each other’s differences. It wasn’t uncommon for the group to break into intense dialogue about issues of politics and religion. However, their constant humor was there to diffuse any tense moments and was ultimately a sign of their closeness.

“Once you break those uncomfortable barriers, you get things like the quote wall where you’re comfortable enough writing the most embarrassing things people say on the wall for the entire public to read and it’s stuck with you for the rest of your life” Moline said.

The moment I stepped into the cab (for the airport) and it drove away I felt very emotional. When I think about the fact that I have to miss the closeness of the group, I have feelings of emptiness.Matthias Schotanus, Exchange Student
Tweet

It’s the end of the winter semester and four months have gone by faster than Schotanus or anyone could have imagined. He hadn’t slept well the night before. It wasn’t so much the humidity or lack of air circulation — those seemed normal now. Instead it was the absence of his roommates that kept him up much of the night. Initially hesitant about the bunk situation, Schotanus had grown accustomed to falling asleep while cracking jokes with his roommates until they fell asleep one by one. This night, however, Schotanus slept alone.

The group has gone their separate ways for the summer, participating in internships, summer classes, and travels with family and friends. Schotanus is the last remaining member of the room, tasked with filling out the inventory checklist for the dorm and checking out.

The other students have a mixture of confidence and uncertainty about their ability to spend time with each other next fall.

“I’m worried because we’re historically bad with planning things without someone doing it,” Jesse Hoskins, aerospace engineering major, said. “Next year, when all of us are spread out (on North and Central Campus), if someone doesn’t organize something, then well, it’s not going to happen.”

Others are slightly more optimistic, however.

“Everyone is splitting up next year which is unfortunate, but we’ll hang out in someone’s apartment or something,” Lindsay Podsiadlik, mechanical engineering major, said. “The TV sitcom ‘Friends’ had the coffee shop, we’ll always have something like that.”

“I don’t think it’s the room so much as it’s just a natural chemistry between everyone,” Joe Stefano, brain cognitive & science major added. “People are from different backgrounds in the group, there are different personalities, but it all works well. I think the room may be the medium through which it occurs, but I think it would happen anywhere else.”

For Schotanus, however, his time with the group has ended for now. While the others will continue school and their growing relationships with each other in the fall, Schotanus will return to his university in the Netherlands. For Schotanus, his goodbye came early.

“Most of my exchange wasn’t about the academics, it was about meeting new people and having a completely different experience,” Schotanus said. “The moment I stepped into the cab (for the airport) and it drove away I felt very emotional. When I think about the fact that I have to miss the closeness of the group, I have feelings of emptiness. Even though I definitely don’t like the feeling, I know it shows what a great time I had and that these people have affected me in a very positive way.” 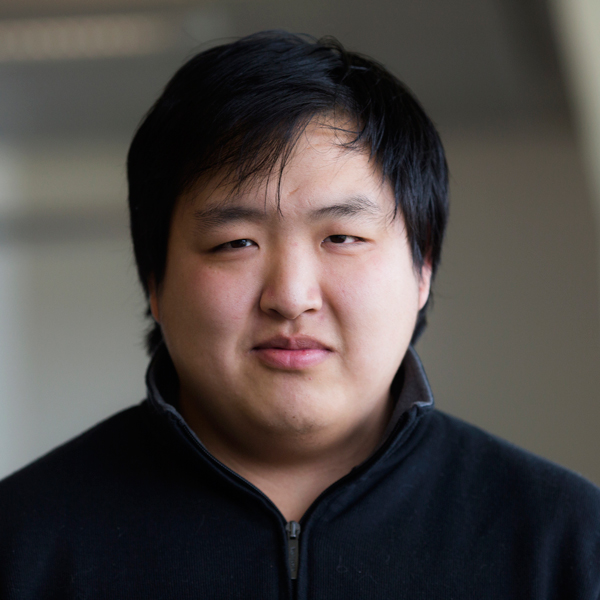