A University of Michigan program to address the lack of diversity in academia is getting a major boost through a new partnership with the University of California San Diego.

NextProf Pathfinder is a two-day program developed at Michigan Engineering and aimed at first and second-year PhD students, as well as students in masters programs, in an effort to keep them pursuing careers in academia.

It’s the newest program in a larger effort that began in 2012 as NextProf. To date, more than 144 women and people from underrepresented groups who attended its workshops have achieved tenure-track faculty positions. And UC San Diego Jacobs School of Engineering is the third institution to partner with Michigan Engineering on a NextProf program.

At workshops, participants hear from top faculty and deans from around the U.S. to gain a better understanding of academic life and how to achieve a position in it. They learn best practices in applying and networking for positions, how to set up a lab and what kind of work/life balance they can expect, for example. NextProf Pathfinder, designed for earlier-stage students, teaches participants what types of experiences they should seek out to best position themselves. The NextProf workshops for later-stage students and postdocs focus more on how to leverage those experiences and communicate about them.

The two schools will partner on the NextProf Pathfinder program going forward, with the institutions swapping hosting duties each year. This year, the program will be in Ann Arbor, from October 17-19. The conference will be in San Diego in 2022.

“One of the reasons I’m particularly excited about this partnership is that, given UCSD’s location and the demographics of that region of the country, it will make our workshops more accessible to Latinx graduate students,” said Lola Eniola-Adefeso, a U-M professor of chemical engineering and a University Diversity and Social Transformation Professor. “Latinx faculty members are dramatically underrepresented in academia and this is an important step toward changing that.”

For UC San Diego Jacobs School of Engineering, NextProf Pathfinder represents an important move forward in its broader efforts to create learning and research environments where all engineering and computer science students, staff and faculty thrive.

“NextProf Pathfinder is one concrete step in a larger effort to create a broader academic culture where all students—and in particular students who are traditionally underrepresented in engineering—are empowered with the knowledge the networks, the role models and the momentum needed to establish fulfilling and meaningful careers,” said Karen Christman, associate dean for faculty and professor of bioengineering at UC San Diego Jacobs School of Engineering. “Critical to this project is ensuring that students who are traditionally underrepresented in engineering have all that they need to make the jump from graduate student to engineering professor and head of an independent lab. That’s what NextProf Pathfinder is designed to do.”

Engineering is a field which, despite efforts going back decades, remains stubbornly white and male. The number of female faculty members is trending upward in recent years, but only slowly. And the percentage of people from underrepresented groups in faculty positions has been flat for roughly two decades.

Such a monolithic engineering culture has repercussions for society-at-large, as we’ve seen illustrated recently by facial recognition technologies that aren’t accurate for Black faces, for example. Increasing the diversity of academic engineering researchers and educators is seen as an essential step in advancing technologies that don’t exacerbate inequities.

But the current lack of diversity in professor roles can make non-white and non-male candidates feel unwelcome or devalued, Eniola-Adefeso says. Each one that opts for something outside academia, in favor of a career where they feel more at home, can perpetuate the cycle.

NextProf Pathfinder is the newest part of the larger NextProf effort co-founded in 2012 by Alec D. Gallimore, the Robert J. Vlasic Dean of Engineering, the Richard F. and Eleanor A. Towner Professor, an Arthur F. Thurnau Professor, and a professor of aerospace engineering.

NextProf began as a program for third- to fifth-year PhD students and recent doctoral graduates from anywhere in the nation. Since that time it has expanded to three workshops:

Katherine Adler is a fifth-year PhD candidate in civil and environmental engineering at Cornell University. She was once a participant in both the NextProf Nexus and Pathfinder programs.

“The Nexus program provided more concrete tools to which I refer as I refine my faculty application materials,” Adler said. “After attending these workshops, I can better visualize my path to becoming a successful research faculty member and better understand the high expectations for faculty candidates.” 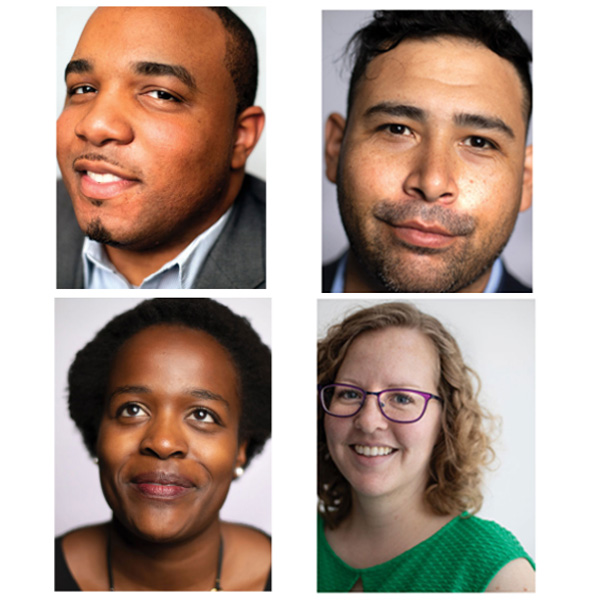