by Nicole Casal Moore
Michigan Engineering
March 16, 2021
The facility will accelerate the future of advanced and more equitable robotics and mobility| Medium Read

As robots and autonomous systems are poised to become part of our everyday lives, the University of Michigan and Ford Motor Company are opening a one-of-a-kind facility where they’ll develop robots and roboticists that help make lives better, keep people safer and build a more equitable society.

“To me, this new building brings to life a collaborative, interdisciplinary community that I’m proud to host at Michigan Engineering. Our Robotics Institute upholds an explicitly inclusive climate and a culture that believes in the field’s potential to serve as an enabler for all, especially those who have previously been underserved,” said Alec D. Gallimore, the Robert J. Vlasic Dean of Engineering, the Richard F. and Eleanor A. Towner Professor of Engineering, an Arthur F. Thurnau Professor and a professor of aerospace engineering. “In this way, we aim to push the robotics field, and engineering more broadly, to become equity-centered—intentionally closing, rather than unintentionally expanding, societal gaps.”

The new facility brings together U-M researchers from 23 different buildings and ten Top 10 programs. With the new infrastructure, researchers working on two-legged disaster response robots can test them on a 30-mph treadmill studded with obstacles, or on a stair-stepped “robot playground” designed with the help of artificial intelligence, for example. Biomedical engineers will have access to “earthquake platforms” with force feedback plates to guide their development of lighter-weight, more stable prosthetic legs. And Ford engineers will explore how their upright Digit robots can work in human spaces, while taking autonomous vehicles from robotic computer simulations to on-road testing at U-M’s world-class proving ground just down the road.

“As Ford continues the most profound transformation in our history with electrification, connectivity and automation, advancing our collaboration with the University of Michigan will help us accelerate superior experiences for our customers while modernizing our business,” said Ken Washington, chief technology officer, Ford Motor Company. “We also will broaden our learning through daily exposure to many robotics activities, such as considering how our Digit robots not only technically can master delivering packages from autonomous vehicles but also become valued parts of our neighborhoods.” 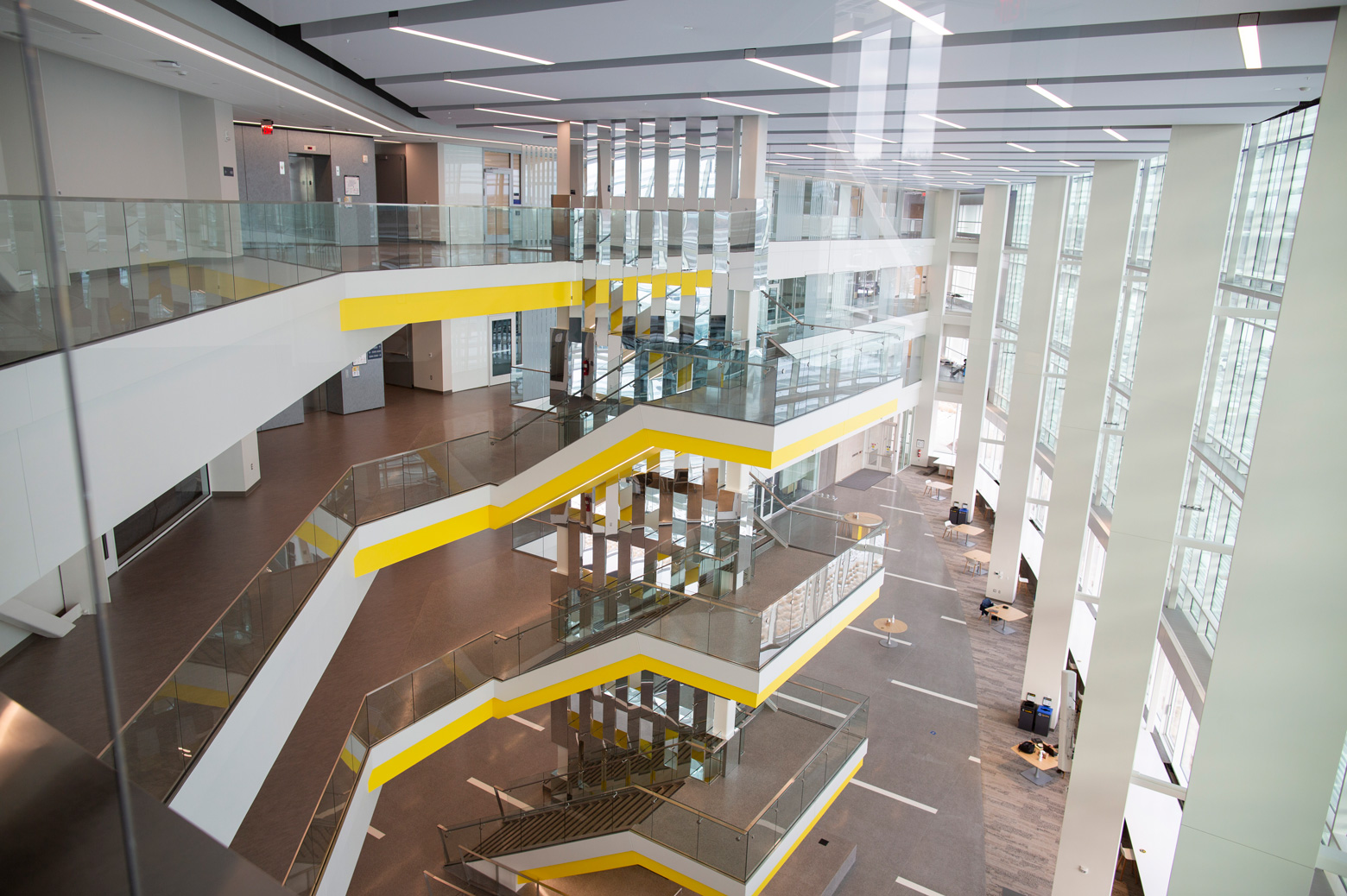 IMAGE:  The atrium of the Ford Robotics Building at the University of Michigan. Photo: Ford Motor Company

“This is a truly dazzling facility full of some of the most advanced research and teaching infrastructure in the world. But what I’m most excited about is the people it will bring together and what they will be able to accomplish collectively,” said Jessy Grizzle, director of the U-M Robotics Institute, the Elmer G. Gilbert Distinguished University Professor of Engineering and the Jerry W. and Carol L. Levin Professor of Engineering.

The lobby is a wide-open atrium surrounded by transparent glass-walled labs. It was designed with outreach in mind, so passersby and visitors can watch research happen in real time. Classrooms are set up for hybrid instruction, and that was planned even before the pandemic. U-M and Ford are working together to harness that feature, as well as a more inclusive curriculum, in a collaboration with Morehouse and Spelman colleges, two historically Black institutions in Atlanta. Students from those schools can enroll remotely in Robotics 101, a pilot course at U-M that doesn’t require calculus and levels the playing field for students from lower-resource high schools that didn’t offer advanced courses.

The U-M Robotics Institute aims to advance human-centered robots—machines and systems that interact with people and move through our spaces, extending the human body and the process of human cognition. New labs enabling this include:

“I don’t know of any building like this in the world,” said Eric Michielssen, associate dean for research at Michigan Engineering and the Louise Ganiard Johnson Professor of Engineering in electrical and computer engineering. “These state-of-the-art labs are fitted with some of the most advanced scientific instruments. Couple that with the fact that they will bring together researchers and students from across campus and beyond, and it’s clear this will be an unbelievable intellectual environment for the development of next-generation robots.”

For Ford, the facility is key to the company’s transformed and modernized research and product development processes aimed at disrupting the transportation landscape. Key research will focus on: 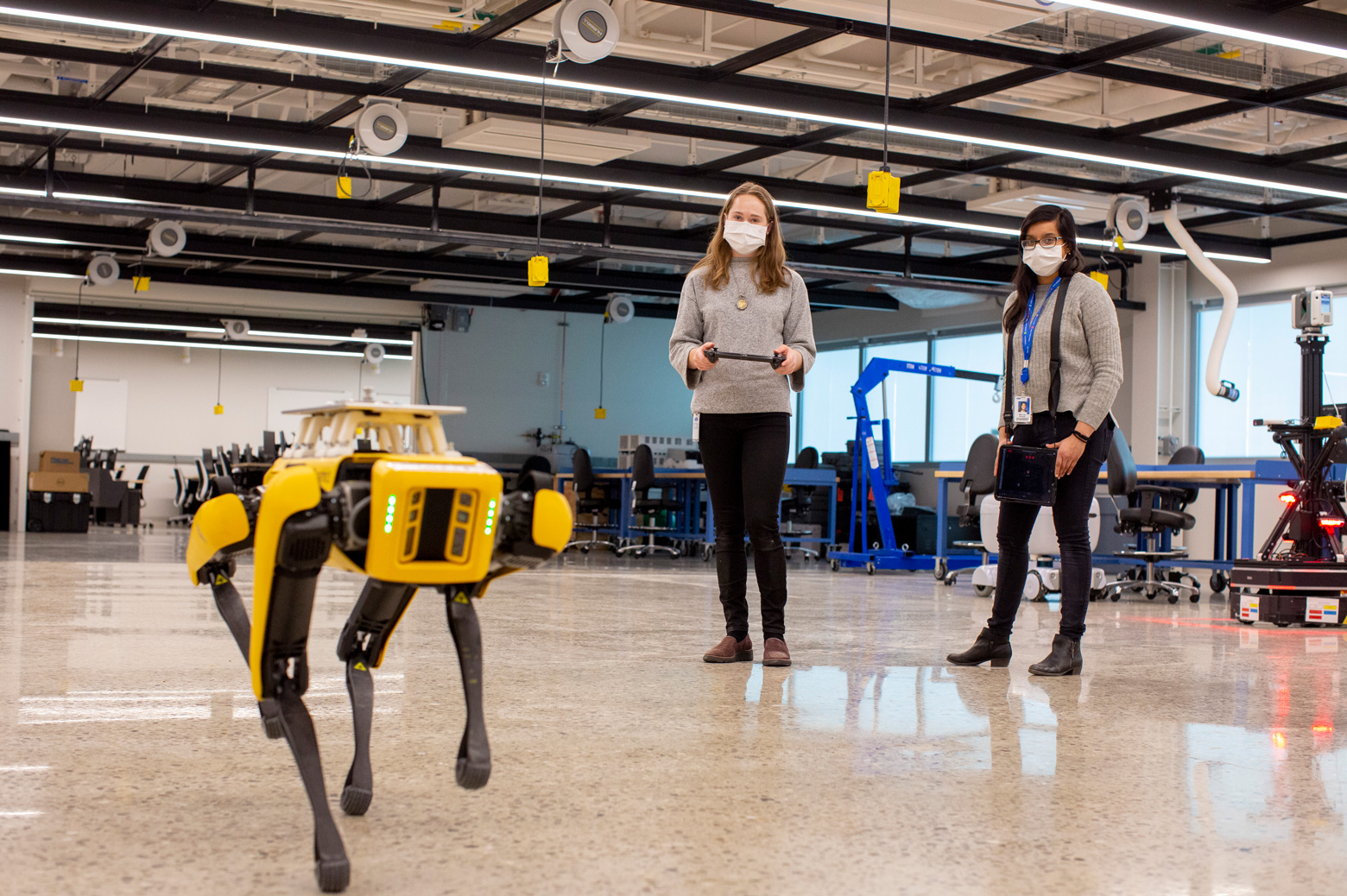 “Autonomous vehicles have the opportunity to change the future of transportation and the way we move,” said Tony Lockwood, technical manager, Autonomous Vehicle Research, Ford Motor Company. “As this new technology rolls out, having our Ford team working on campus collaborating with the academic world will help us shorten the time it takes to move research projects to automotive engineering, unlocking the potential of autonomous vehicles.”

Robots for any environment

In addition to the M-Air drone cage and the Mcity Test Facility, the college is also home to the Aaron Friedman Marine Hydrodynamics Lab, which houses a 360-foot-long indoor body of water for testing robotic and conventional watercraft. And its Space Physics Research Lab develops and tests robotic spacecraft and instruments for deployment across the solar system. Inside the new building, researchers working on machines for each of those environments, and others, can learn from and inspire each other.

The Ford Robotics Building anchors the west end of the Michigan Avenue mobility testbed that begins in Detroit’s Corktown neighborhood and runs through Dearborn to Ann Arbor, where Ford and U-M are teaming with other innovators to experiment potential mobility solutions for the future.

In collaboration with the state of Michigan and others, Ford and U-M are involved in developing a first-of-its-kind corridor for connected and autonomous vehicles that will continue the state’s mission to lead the development of smart infrastructure and future mobility. A key goal of the initiative is to close long-standing gaps in access to public transit and transportation across Southeast Michigan. 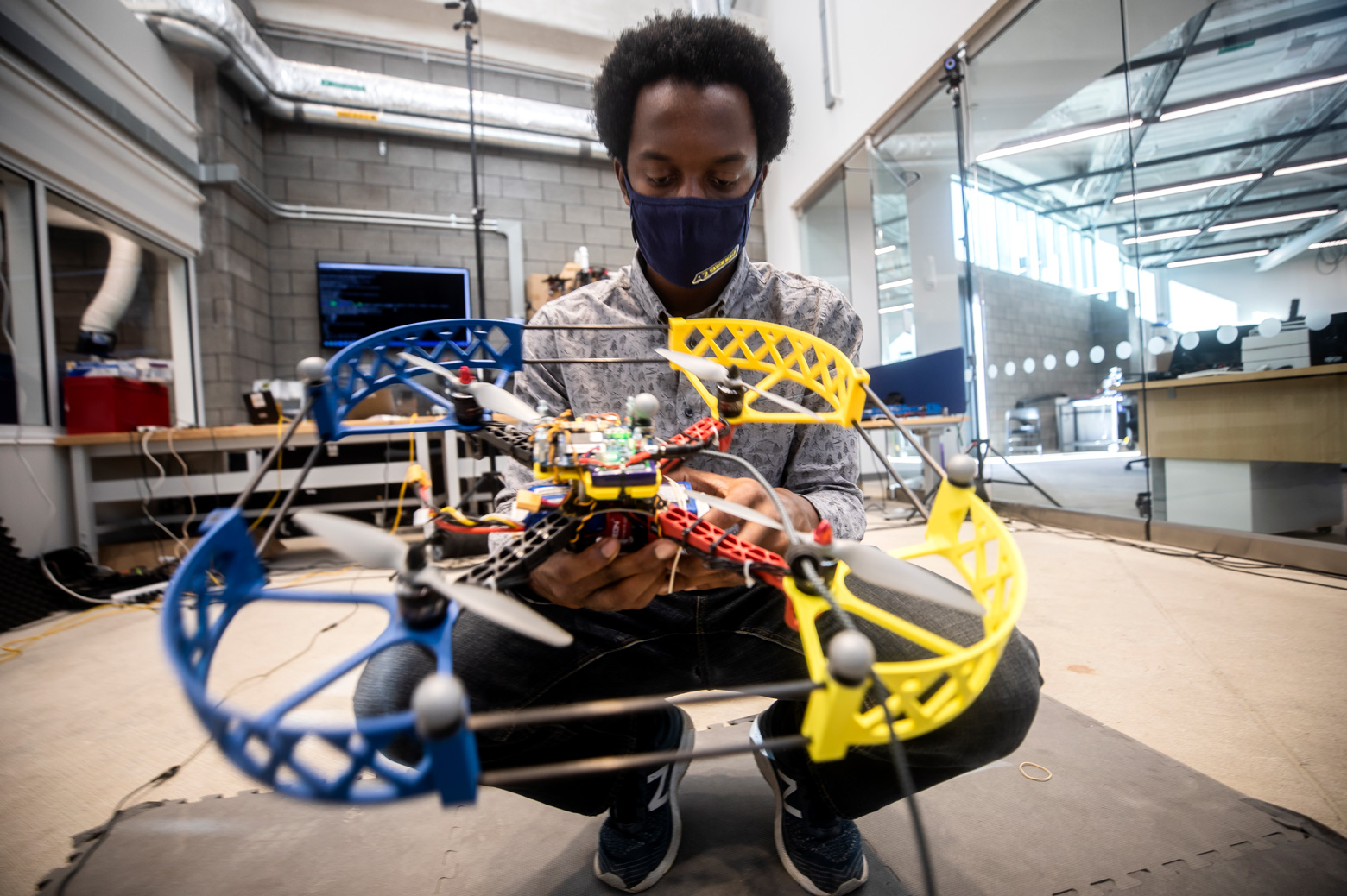 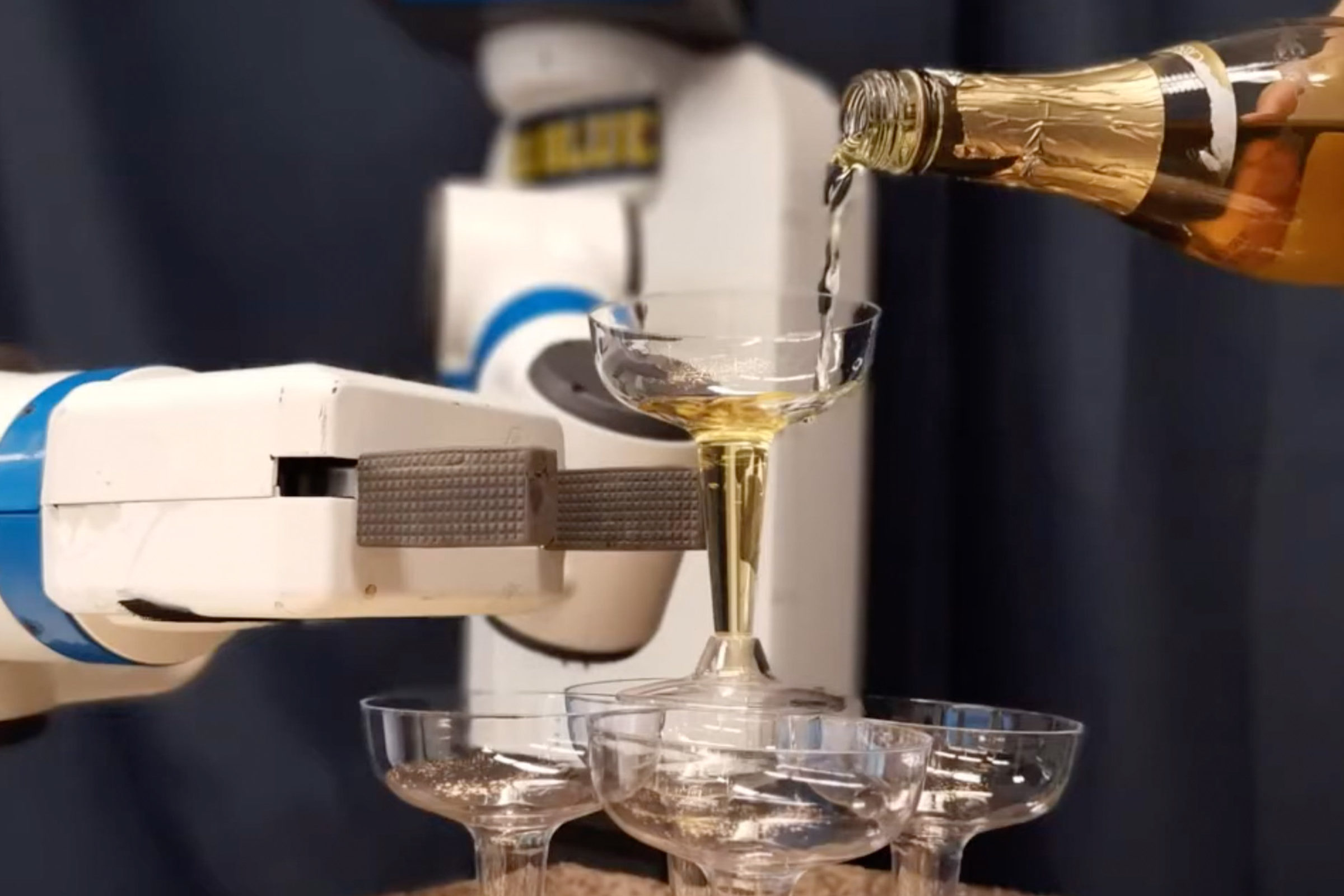 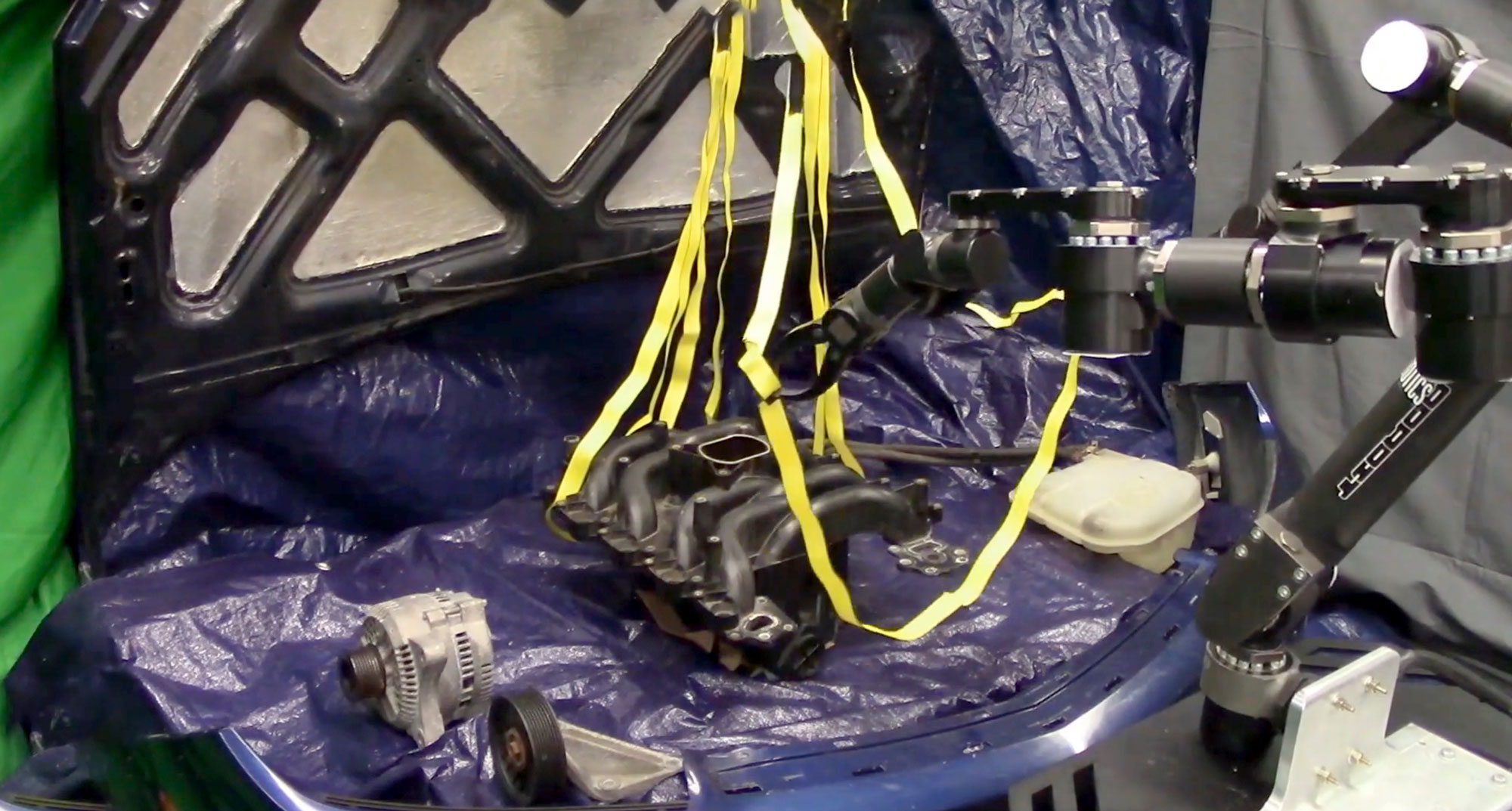 What should a robot do when it cannot trust the model it was trained on?| Medium Read 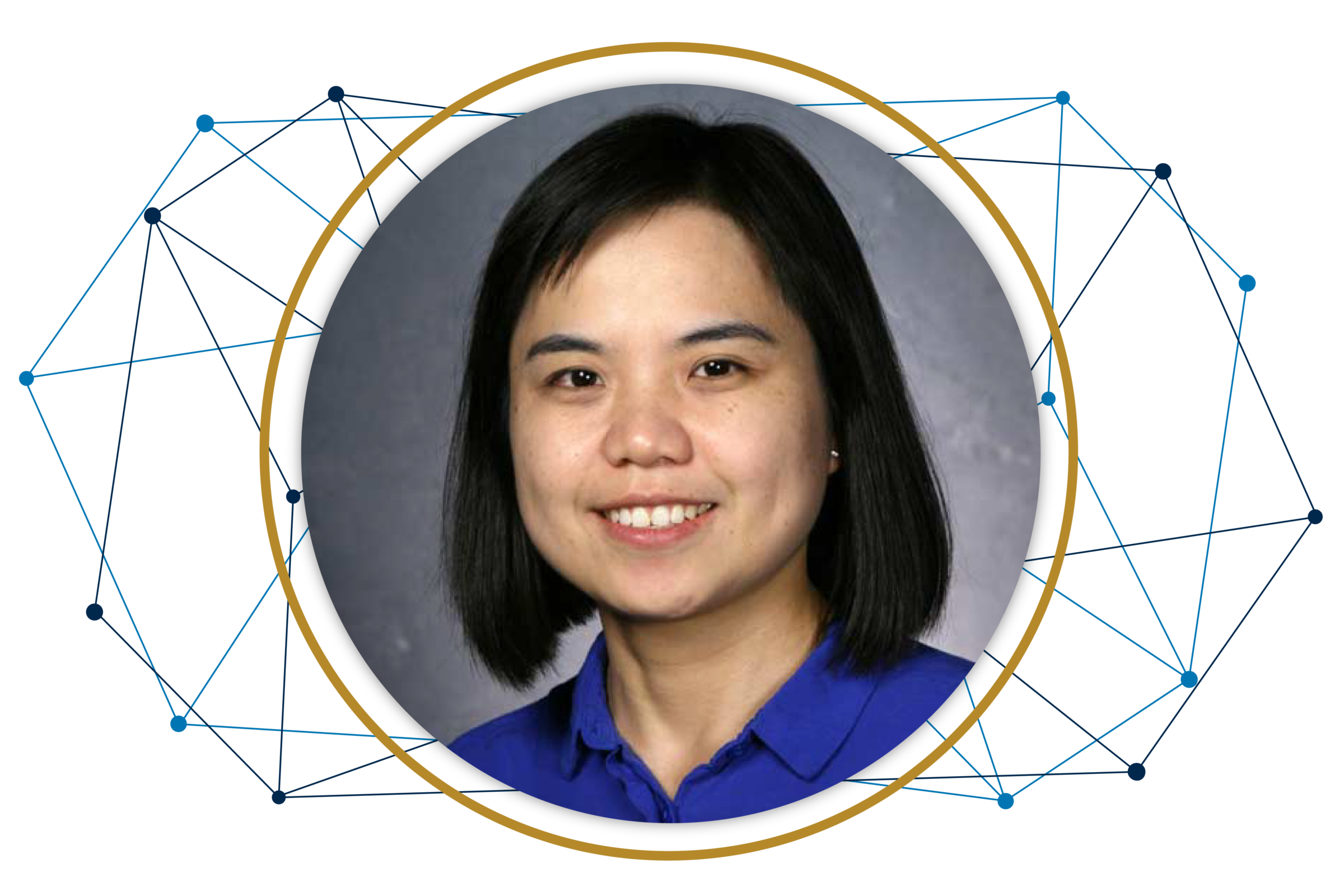