Myth 5: Women and minorities aren’t as good at leadership

by Kate McAlpine
Michigan Engineering
October 7, 2020
In myth five, we unpack how a rich range of experiences can elevate organizations and lead to better performance.| Medium Read

Companies with diverse leaders do better. This is what the management consulting firm McKinsey and Company has found with three consecutive reports, drawing on data from 2014, 2017 and 2019. In the most recent report, those in the top quartile for gender diversity in their executive team were 25% more likely to outperform the industry median on profitability than the companies in the bottom quartile. This trend is even stronger for ethnic diversity, with companies in the top quartile 36% more likely to outperform the median than those in the bottom quartile.

Why does this trend exist? There are different factors that may contribute. Leadership that better represents society at large may be better able to understand the needs of their customers. They may be better at attracting and retaining talent.

“Don’t make the mistake, for example, of expecting a woman leader to represent the experiences and needs of all women. But when your leadership team brings together a rich range of experiences, they can better understand how to support students, faculty, employees, customers, whoever they serve,” said Jennifer Linderman, Pamela Raymond Collegiate Professor of Engineering and director of the U-M ADVANCE Program.

It may also be that companies that are already successful tend to invest more in diversity, which is a long-term strategy. But how to foster diversity is a contentious topic. At Michigan Engineering, we favor addressing our culture first and enabling diversity to grow. But other organizations choose to focus on metrics, such as implementing quotas. 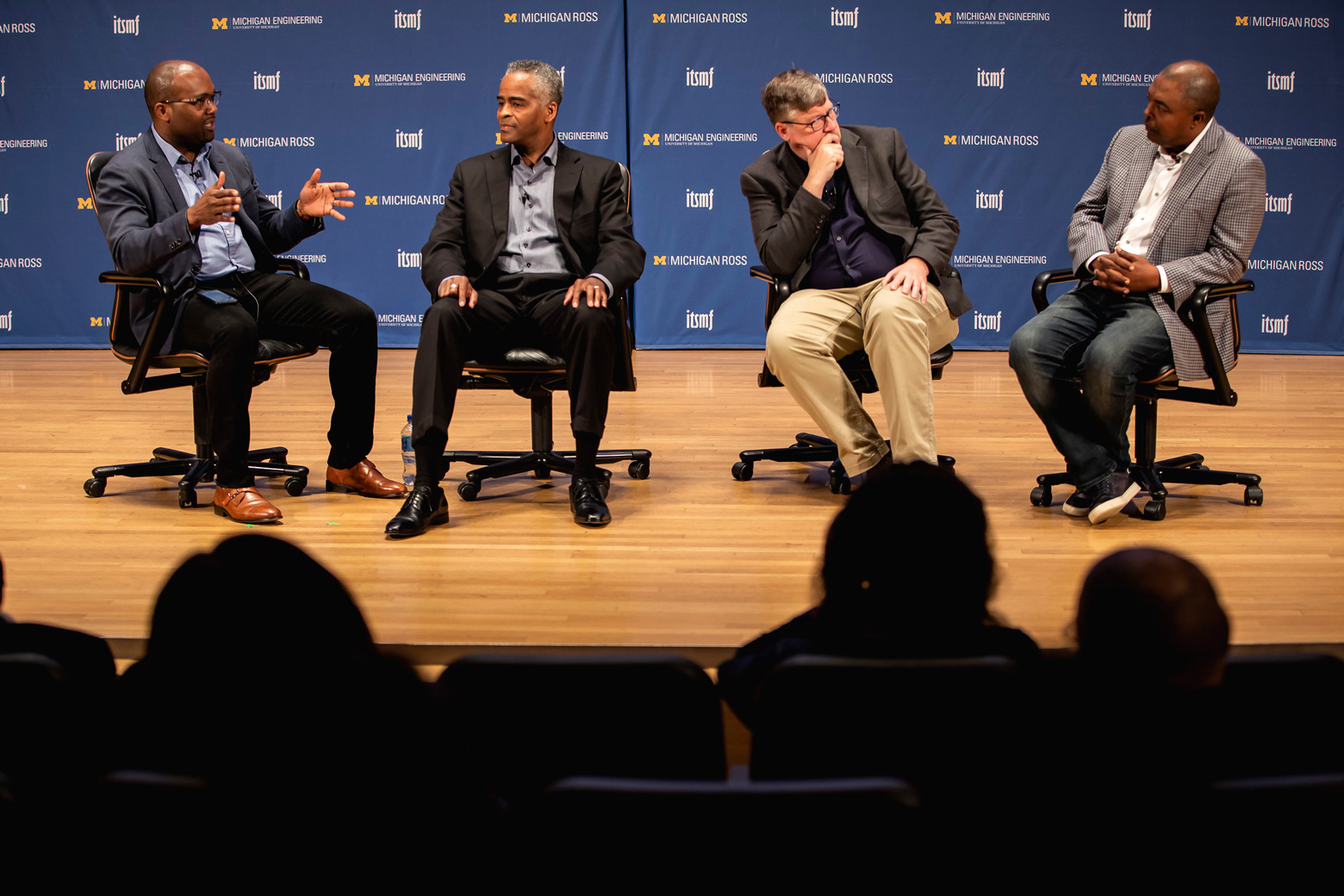 IMAGE:  Information Technology Senior Management Forum (ITSMF) participants partake in a group panel at an ITSMF symposium on North Campus of the University of Michigan in Ann Arbor, MI on May 18, 2019. Photo: Joseph Xu/Michigan Engineering

Sometimes, a company or society attempts to catapult people who have been excluded from lower rungs of the leadership ladder directly to the top. These policies tend to be billed as a performance-killing form of “reverse” discrimination by those who are invested in the status quo. In Norway, which is running a grand experiment in female quotas, that fear-mongering turned out to be unfounded. But on the flip side, it didn’t pay great dividends in terms of the wider campaign for true equity either.

A forced diversity strategy was implemented by law in Norway—companies were required by law to have boards that were 40% women. Naysayers expected under-qualified women on the boards to damage the bottom line. Proponents expected that women would improve decision-making, profits and the advancement of women lower down the chain of command.

Ten years on, none of those things appear to have happened. Women remain underrepresented on the leadership ladder. Company performance has not changed in a way that can be attributed to the changes in the boards.

In Norway’s case, these female leaders have already succeeded under the status quo and may have limited interest in changing the structures of the businesses they help to run. But when diversity is forced as a matter of metrics without the complementary focus on cultural change, it can be hard for women and people of color brought in as leaders to correct institutional practices and interpersonal behaviors that suppress talent.

Xavier Ramey, CEO of the diversity consultancy firm Justice Informed, offered an analogy that explains the phenomenon as a guest on The Diversity Gap podcast. He compared trying to force diversity into an organization without changing the culture to eating something that your body can’t process. You don’t get anything meaningful out of it.

These conditions are part of why the Scott Page, Williamson Family Professor of Business Administration and author of the book The Diversity Bonus says, “I think that people make the huge mistake to say, ‘Show me the data.’ The data is from a world in which people haven’t been given an opportunity, data affected by imposter syndrome and biases.”

One interesting aspect of the Norway quotas is that they widened the range of criteria that boards look for—in men as well as women. As a result, the boards became more diverse in other ways, with younger members and wider ranges of experiences. Forcing one type of diversity spurred companies to expand their definitions of merit along other lines. It’s an experiment worth revisiting at the 20-year mark.

What happens when you work on the culture first? Does diversity emerge? Those experiments are also still ongoing. The University of Michigan is among them, with the ADVANCE program surveying how faculty and staff perceive the culture, articulating what the barriers are for female and minoritized professors and addressing those barriers. It’s been running for 18 years.

One of the most influential initiatives from ADVANCE is the orientation of faculty members on faculty hiring committees. “We share data on the influence of unconscious bias in hiring, and speak to specific practices and sustained efforts that can mitigate this bias,” said Linderman. 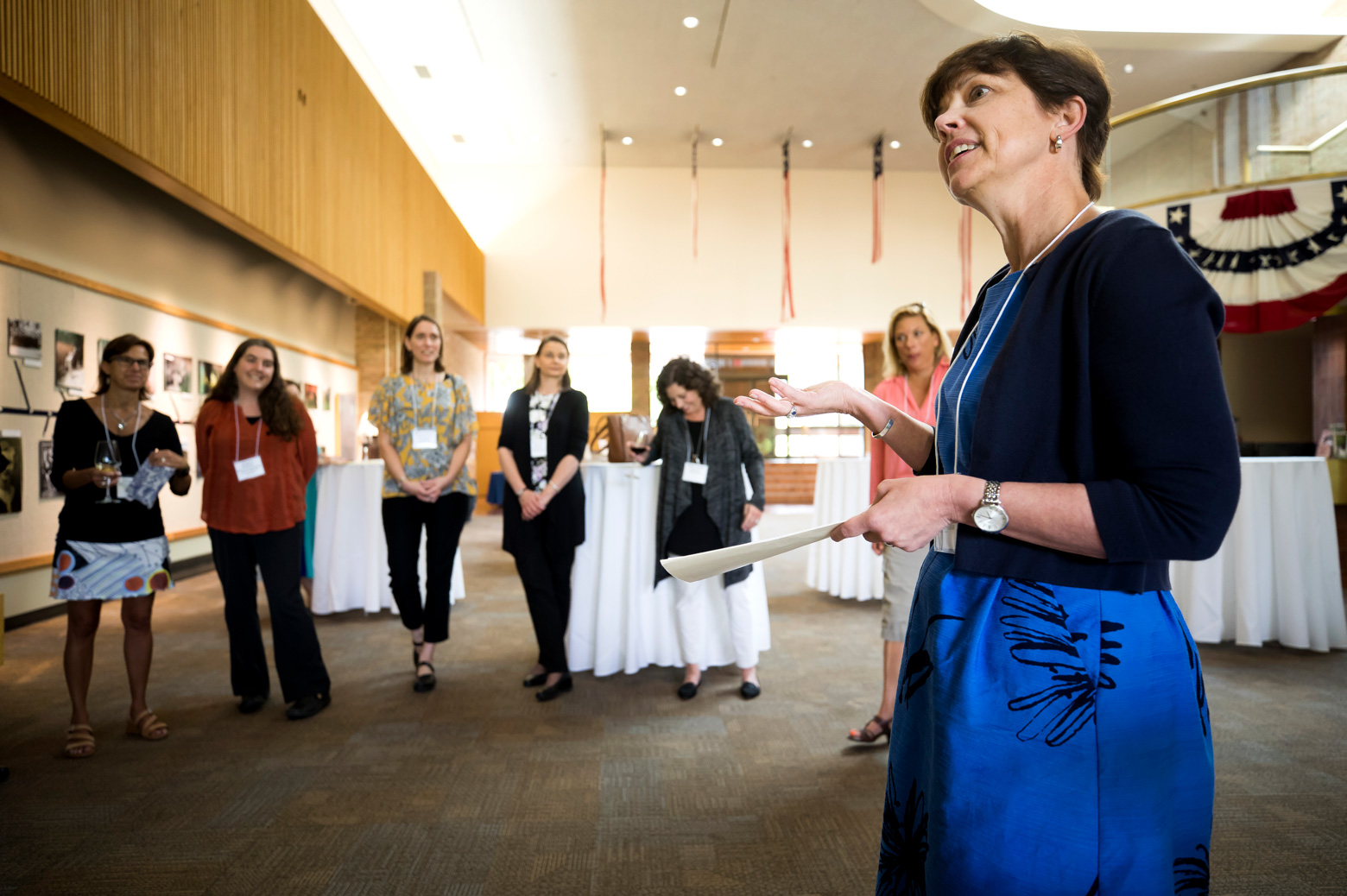 IMAGE:  Professor Jennifer Linderman, Director Academic Program, Advance Program speaks at a reception hosted by the ADVANCE Program and the Dean's Advisory Committee on Female Faculty (DACFF) celebrating women in leadership positions in the College of Engineering at the Ford Library on North Campus of the University of Michigan in 2018. Photo: Joseph Xu/Michigan Engineering

Committee by committee, it’s now estimated that 60% of faculty members have had anti-bias training.

Preparing new hires for success with a mentoring committee is another of ADVANCE’s efforts. They begin with a network of experienced faculty members in a position to help as they navigate starting up their labs, recruiting graduate students and more.

Engineering has also added advisory committees for the dean, creating opportunities for direct feedback from faculty who are women or underrepresented minorities. And together with diversity, equity and inclusion initiatives at the University and College levels, breaking down barriers has become an important skill in the consideration of leaders.

How has this effort fared? Over the course of nearly two decades, the numbers have changed. All demographics measured consider the culture to be better now compared to 2002. Leadership looks different, with six female chairs and a Black dean. This is up from no female, Black, Hispanic or Indigenous chairs in 2002, and there had never been a dean who wasn’t a white man.

Since 2002, the proportion of female tenure and tenure track faculty members has more than doubled from about 10% to 21% in 2019, though most of that change occurred by 2013. The numbers of Black, Hispanic and Indigenous faculty members are up by a little more than a third, but having started at 4.6%, the figure is now only 6.3%.

But what about the qualifications of the new leaders? This concern is put to rest by their strong track records in research, teaching and entrepreneurship – and memberships in some of the most highly regarded societies in the field.

That said, the economy is too volatile an entity to make easy before-and-after comparisons with performance. The 2008 crash happened two years after Norway’s 40% rule went into force. Now, we have a pandemic that has caused mass unemployment a few years since the major shift in leadership at Michigan Engineering began. The effects of diversity will be hard to unpick from larger upheavals.

But one measure to watch at the University of Michigan will be how our students and faculty from underrepresented groups fare. It is well known that in engineering, students who are women, Black, Hispanic or Indigenous are more likely to drop out. Faculty in these demographics are more likely to leave.

Unlike the Norway example, the new wave of leaders is tasked with improving the cultures of their departments and of the College. We expect it to change stalled-out and declining trend lines in faculty and student demographics. We expect to be better at retaining talent.

Go to the next myth: It is not engineering’s problem when communities are left behind. 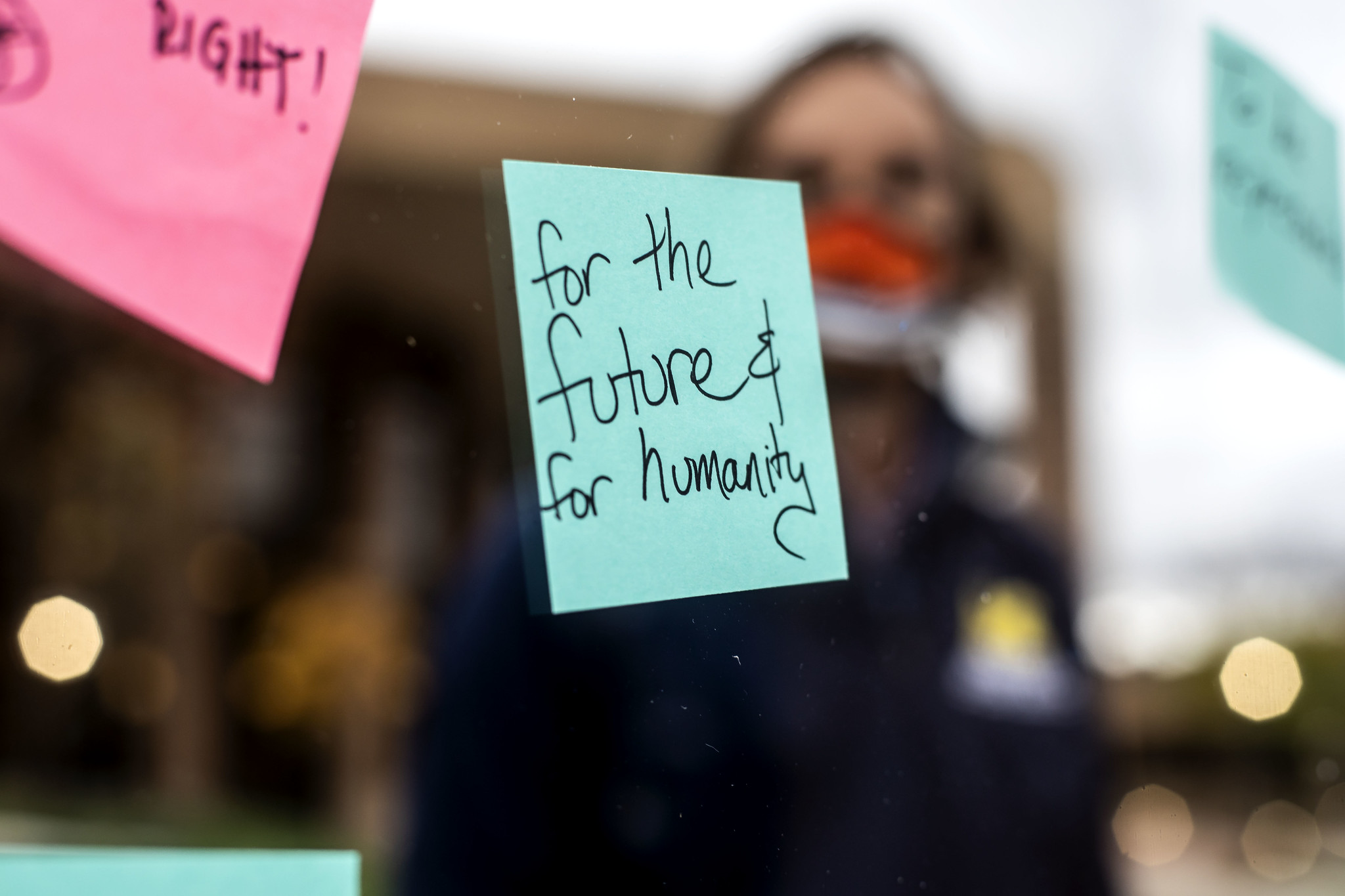