Myth 4: Women and minorities aren’t as interested in or good at engineering

If you look at successful engineers in academia and in industry, you will find female, Black, Latinx/Hispanic and Indigenous engineers among them. Few people actually dispute that the capacity for great engineering knows no identity boundaries.

Yet, some people are under the impression that these same groups tend to be underrepresented in engineering due to lack of interest or skill, even though quantitative evidence to support or refute that statement is not available. As laid out in Myth 3, racism and sexism are still very much alive in both engineering and society at large, which pushes women and Black, Hispanic and Indigenous people away from engineering. We don’t know how many would choose engineering if they were supported in this pursuit the way that white and Asian men are. 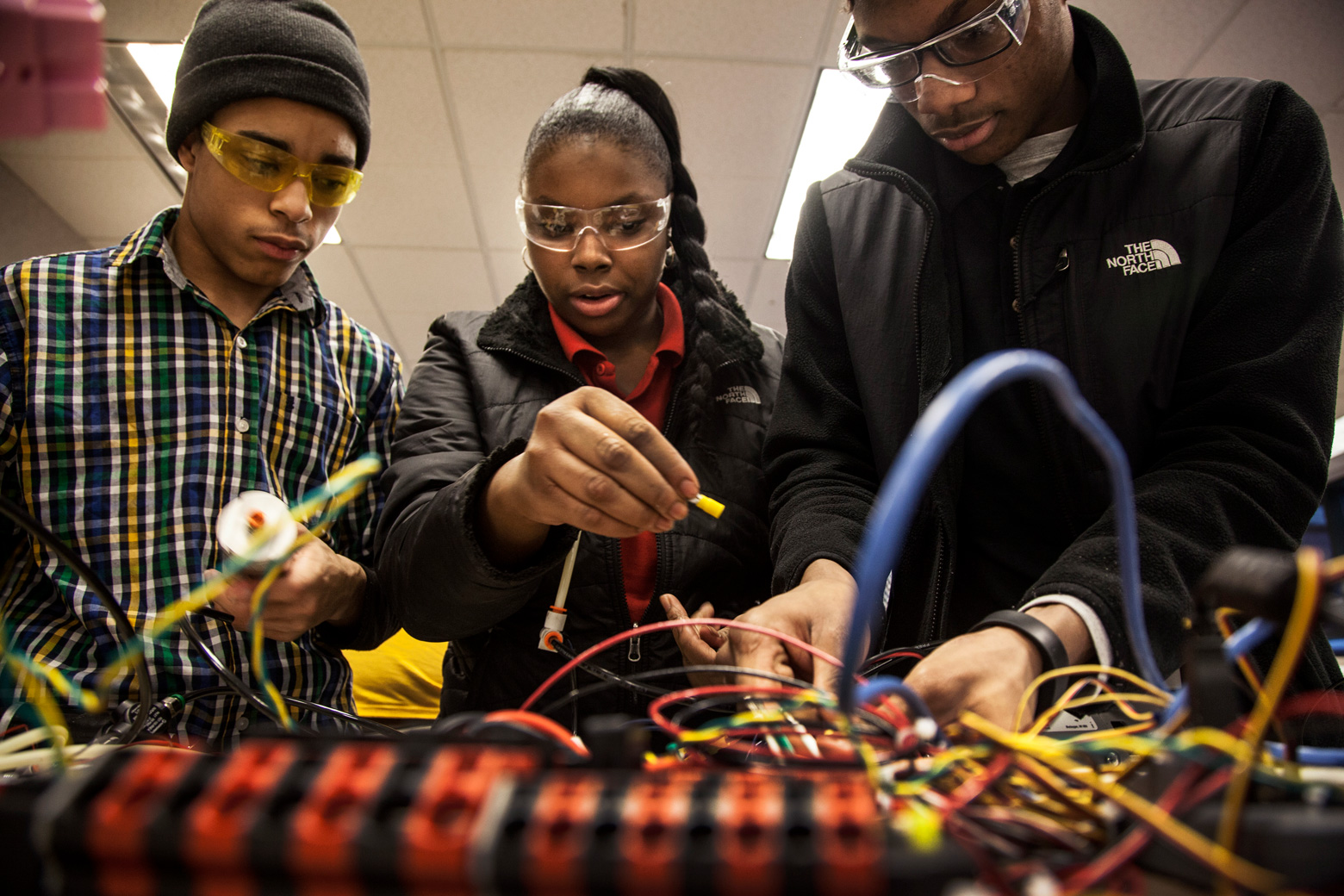 What we do know is that making the assumption of inferiority entrenches existing racism and sexism in the field. We can also turn the question around and ask, “What is the field of engineering missing when female and minority talent is suppressed?”

It’s hard to see an absence, but here are a few examples in which identity diversity—or lack thereof—made a difference.

When a lack of diversity kills and injures people

Crash test dummies are modeled on men. As a result, seatbelts and airbags are built to protect men, and they do not protect women as well. Women are 17% more likely than men to die in a crash, and 73% more likely to be seriously injured.

One of the famous examples is the first FDA-approved artificial heart, used to bridge people who would otherwise die on the heart transplant waitlist until a heart becomes available. The device, approved in 2004, fit only 20% of women. It wasn’t until February of this year that the FDA approved a heart that fits the majority of women.

But there are many more pedestrian instances, such as the sizing of “standard” equipment. Dust masks, work gloves and body armor are typically designed for men. Smartphones too—it’s hard to find one that a woman with average-sized hands can operate one-handed (let alone fit in her pocket). Linderman points out that there are enough examples just in gender to fill a book: “Invisible Women: Data Bias in a World Designed for Men” by Caroline Perez.

When lack of diversity results in an unethical product

It is well known in the artificial intelligence community that facial recognition software has trouble identifying Black faces. To quote the Black in Computing open letter, co-authored by Chad Jenkins, a professor of computer science and engineering, “We see machine learning systems that routinely identify Black people as animals and criminals.”

One recent example was an experiment by the ACLU, reported in 2018, which compared the portraits of members of Congress with 25,000 mugshots. While 20% of members of Congress are people of color, 39% of the photos that Amazon’s Rekognition misidentified as matching a mugshot were people of color. The late civil rights icon and longtime member of Congress John Lewis was among the incorrect matches. It wasn’t until nearly 2 years later, following the death of George Floyd and the resurgence of the Black Lives Matter movement, that Amazon banned police departments from using its software.

In June of this year, as mentioned in the introduction to this series, a Detroit man, Robert Williams, was wrongly arrested and detained for more than a day because facial recognition software incorrectly matched him with a photo of a suspect. These problems are known, and yet the software is already in use.

Where is the engineering ethics that would prevent this software from being sold to police agencies at this inadequate stage? Would the software have been considered acceptable for release if it misread white faces as frequently as it does Black faces? Would diverse teams that understand the human cost of bad software have prevented this lapse? Jenkins is among the many people who think so.

“Women tend to be more in touch with the utility of interior features than men. What we found at Ford was that if you put women in leadership positions in marketing and program management, in particular for minivans and SUVs, you see much better product ideas because of the broader range of input from actual users,” said George Halow, a professor of practice in aerospace engineering and a 31-year veteran of Ford Motor Company. “We had a diversity of thought and opinion that went into the designs, and we got more critical acclaim for our interiors, for example.”

Another automaker, Honda, introduced the first ever minivan with a built-in vacuum cleaner in 2013. While the idea came from the daughter of a male engineer, who noted that a vacuum would be a useful feature, it is probably no coincidence that the lead engineer on the car interior was a woman. She recognized the value of the innovation and set her team to solving the problem.

Go to the next myth: Women and minorities aren’t as good at leadership.