Myth 2: Engineering doesn’t benefit from including people of different races, genders and other forms of identity diversity

by Kate McAlpine
Michigan Engineering
October 7, 2020
In myth two, we explore how diversity can make teams think harder and add to their collective toolkit.| Medium Read

A common fault line in discussions of diversity is whether we’re talking about cognitive diversity or identity diversity. At this point, there isn’t much resistance to the notion that cognitive diversity is important. Interdisciplinary research is designed to tap cognitive diversity—different kinds of expertise, different ideas about what is possible, and different toolsets that can be applied to the problem at hand. At Michigan Engineering, we have developed several institutes that bring people from different disciplines within engineering and beyond to address difficult challenges.

But cognitive diversity is bigger than just interdisciplinary teams. Scott Page, the Williamson Family Professor of Business Administration and author of the book The Diversity Bonus, discusses cognitive diversity in terms of mental models. None of us experiences reality objectively—it is always filtered through minds full of analogies and shortcuts. Our training and experience, including our life experience, maps out the shortcuts we take. A different set of filters can bring a whole new perspective on a problem.

While identity diversity is not a relevant asset for solving every problem, says Page, it is relevant for most problems that involve people. He points out that having a team that brings together different ethnicities, genders, sexual orientations and so on probably won’t improve the outcome for the design of a jet engine component. When designing an app for the largest possible market, however, an identity-diverse team is an asset.

“Let’s suppose we’re making a dating app and only have guys making the app,” said Page. “Do we really think that’s going to give us the best dating app? I mean, do I need an empirical study for that?”

We sometimes leap to the conclusion that most research falls into that first category: we may benefit from an interdisciplinary team, but identity diversity is unimportant. However, results published in the Journal of Labor Economics suggest that research teams that are ethnically diverse produce better results.

The study surveyed 2.5 million papers listed on the Web of Science from 1985 to 2008, and for which all authors are based in the U.S. The researchers—Richard Freeman and Wei Huang, professors of economics at Harvard University—used surnames to identify ethnicity. They acknowledge that this method is approximate, accurate about 84% of the time. Still, they saw that teams that included more variation in surname origins tended to be published in better journals, garnering 5 to 10% more citations on average.

It is hard to say why exactly that trend appears. Perhaps more diverse teams are in contact with a larger network of people, meaning that their papers had more exposure. But the tendency to be published in higher quality journals hints that the research itself may be better. 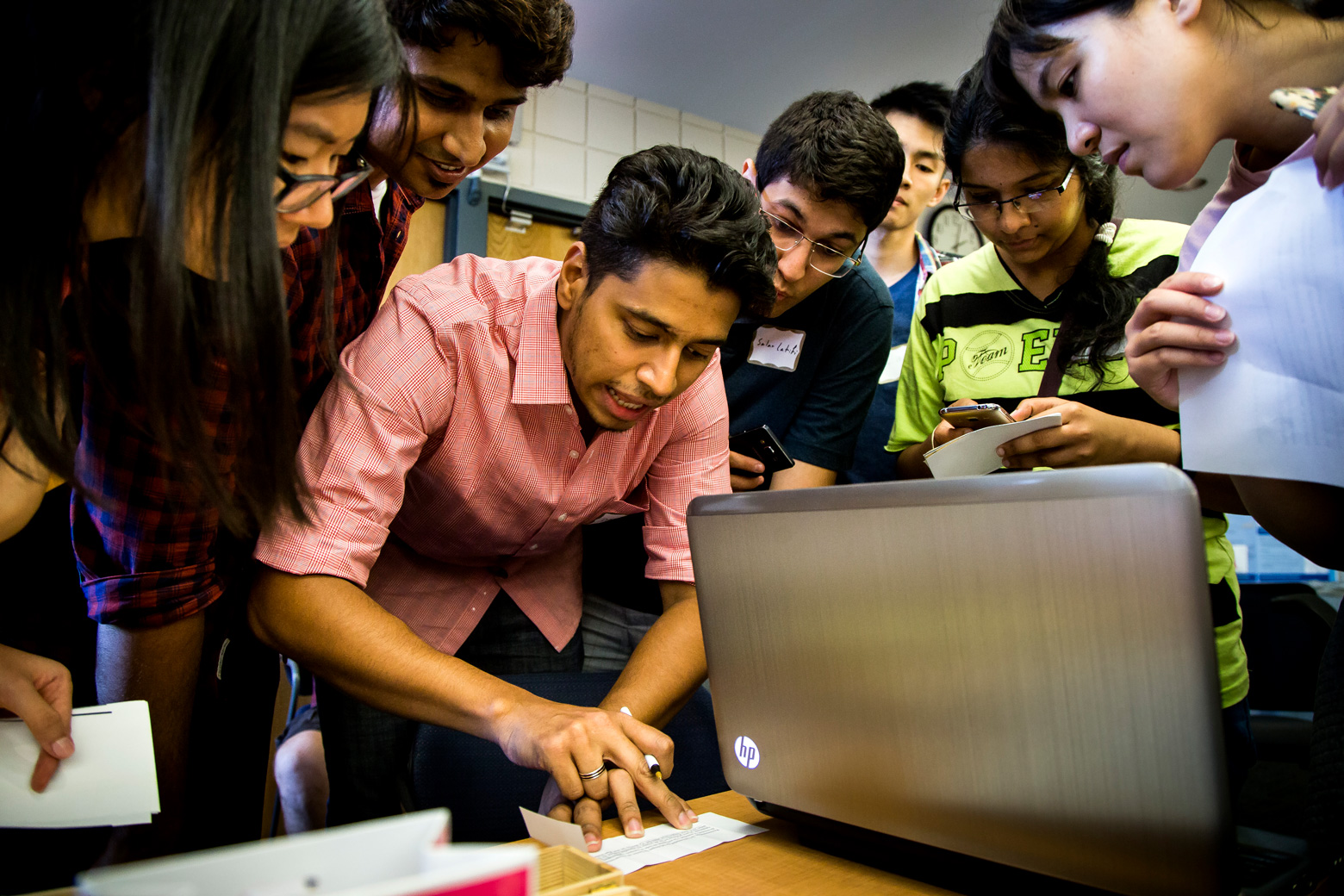 IMAGE:  Incoming CoE graduate students organize and disseminate clues amongst each other as part of an escape room activity in the Space Research Building on North Campus of the University of Michigan in Ann Arbor, MI on August 31, 2016. Photo: Joseph Xu/Michigan Engineering

But why would identity diversity be important?

The more perspectives a team has, and the more tools at its disposal, the better its capacity to solve problems. That is the value of cognitive diversity, and social diversity is a subtype of cognitive diversity. But sometimes, a person who differs socially from the others in the group can push a group to examine their assumptions more closely.

A study published in the Personality and Social Psychology Bulletin measured this effect with sorority and fraternity students. It showed that when groups were confronted with a newcomer, they paid more attention to that newcomer if they were from a different “Greek” society.

The students in the study started by reviewing a murder mystery case and forming an opinion of who the killer was. The researchers formed groups of three students and gave them a head start talking about the case, then introduced a fourth “newcomer” student who would participate for the last 15 minutes of the discussion. The newcomers were all students who had identified the correct killer.

But, if the newcomer was from another society, the group figured out the correct answer a third of the time. The trend continued in groups that already contained one or more people with the correct answer: Those with outsider newcomers were much more likely to solve the mystery.

That said, when the participants were asked to rate their group performance, they rated themselves worse when they were in groups including an outsider newcomer. They didn’t feel as comfortable, and that discomfort likely helped them to think more carefully.

One of Page’s key ideas is that the notion of the best candidate isn’t just who is the most accomplished on paper. It’s who brings the skills and knowledge that your team is short on—and the knowledge your team is missing may not be in the conventional job description.

In technical fields, we tend to measure people based on what are known as hard skills, such as what coding languages they know or what processes and equipment they understand. When we hire and reward people, we tend to consider who has the most impressive set of accomplishments reflecting their hard skill set. Black, Latinx/Hispanic, Indigenous and female engineers often haven’t had the same opportunities to build and prove their skills as their white and Asian male counterparts, so they are often overlooked by hiring committees. When they have similar experience, hiring committees often wrongly view them as significantly less competent anyway.

But it is well known in business that so-called soft skills that are neither taught nor measured end up playing important roles in success, both for individuals and teams. A 2017 study led by Achyuta Adhvaryu, assistant professor of business economics and public policy at Michigan Ross, showed that workers in a garment factory who had been trained in soft skills were 12% more productive than those who hadn’t—and they were more likely to stick around.

Soft skills are rooted in understanding others and cultivating positive relationships. Organizations that value diversity, equity and inclusion create cultures that value soft skills such as self-awareness, empathy, humility and communication. They hold workshops that teach these skills with a focus on recognizing and stopping behaviors that further marginalize people who already face disadvantages. The benefits may extend beyond inclusion, as the skills are transferable to any situation that involves interactions among people. More and more organizations are rewarding inclusive behaviors.

“We all work off of incentives. If the incentive is there, we will do it,” said Chad Jenkins, a professor of computer science and engineering.

In addition, Page pointed out that data companies like Google and Amazon can predict identity traits like gender, race and religion fairly reliably by the media we consume and the products we look for. If identity is important to how companies market to us, it stands to reason that identity should be important in product design.

How does this play out in business? Studies of business performance suggests that when the goal is a truly new idea or approach, gender and ethnic diversity both help teams succeed. A study out of Spain showed that companies with women in R&D teams were more likely to launch products that were new for their industries. A study of more than 7,000 businesses in London found something similar for ethnic diversity: companies with diverse leadership were more likely to launch new products that differed substantially from those already on the market.

Go to the next myth: Women and minorities don’t need safe spaces because there’s nothing unsafe about engineering culture.