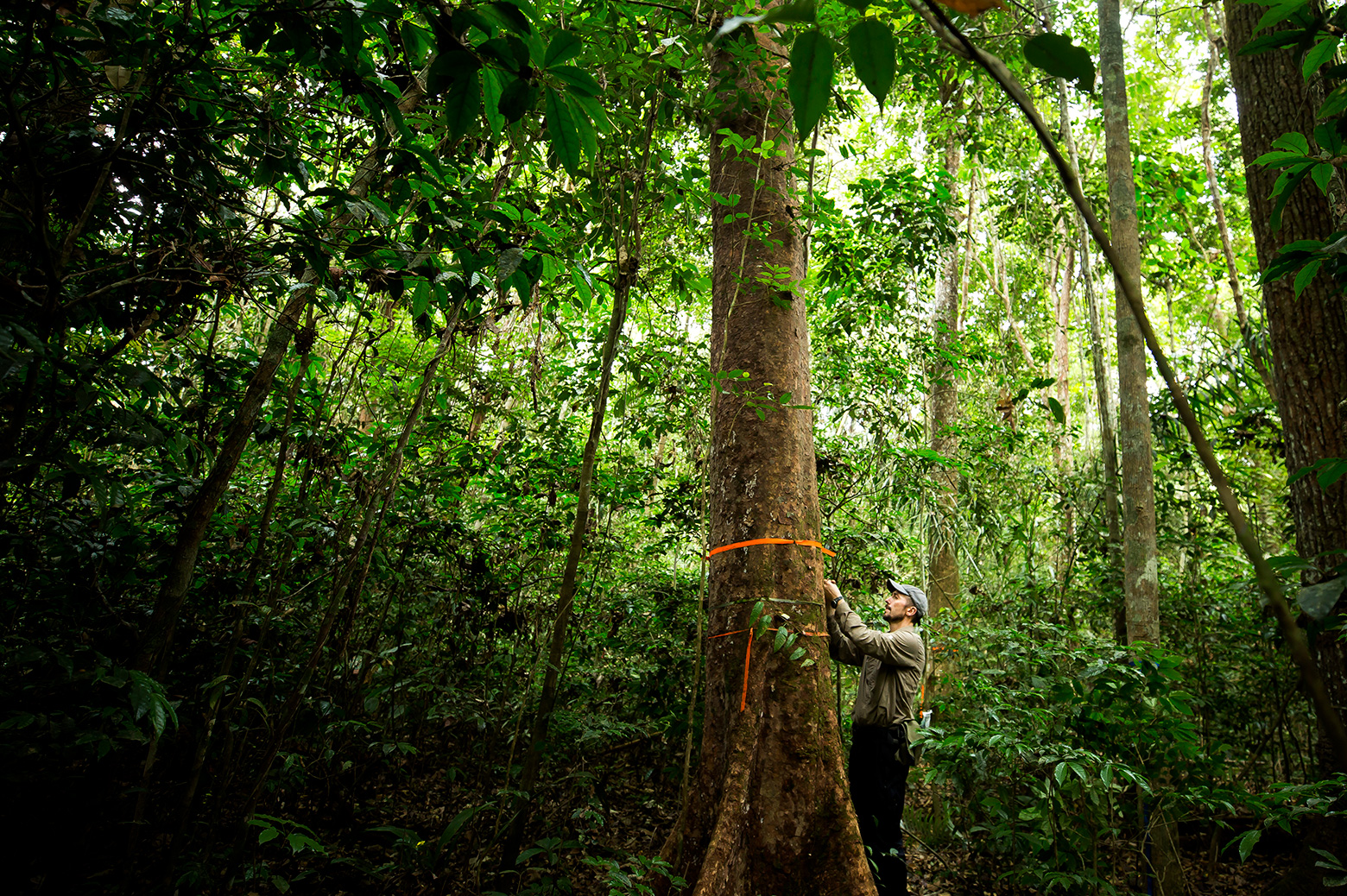 Trudging through the Amazon, Valeriy Ivanov has his forest face on: a stubbled, blue-eyed grin that toes the line between overjoyed and overwhelmed. Thumb-size flies and cobalt-blue butterflies glide by as hazy orange sunlight spikes through a velvety crush of greenery. But Ivanov is focused on the forest floor, at what looks like nothing in particular.

He’s examining leaf litter—the decaying brown mass that carpets the forest floor. It’s unremarkable and easily ignored. But it’s part of the equation that governs how the rainforest manages moisture. To a modeler like Ivanov, that’s important.

An assistant professor in the U-M Department of Civil and Environmental Engineering, Ivanov is the lone engineer on a team of about a dozen scientists—ecologists, mostly—who spend weeks at a time in this 50-acre research forest, squeezed between Brazil’s Highway 163 and the Tapajos River, about 60 miles from the small port town of Santarem. He’s here, as always, to chase data.

“I walk through the forest and I see equations, I see the math,” he explains. “A tree is a pipe that moves water from the soil to the atmosphere. It has a valve at the end, and each tree uses that valve differently. Some of them, frankly, are doing things that don’t make sense to us. And we need to understand them.”

For Ivanov and many of the other researchers here, the mystery began in the early 2000s, when a massive drought hit the Amazon basin. Researchers expected the forest canopy to shut down. But they found that the opposite–while some species did pull back to conserve water, others actually got greener, photosynthesizing right through the driest days. The team has been working to unravel the forest’s secrets ever since.

“In the past, researchers looked at vegetation like people with different-colored skin; they may look different, but they’re basically the same underneath,” Ivanov said. “As it turns out, different species function very differently, and we want to move away from classifying plants according to outward appearance and toward classifying them according to how they function. Because once you understand how they function, you can predict how they will behave as the climate changes.” 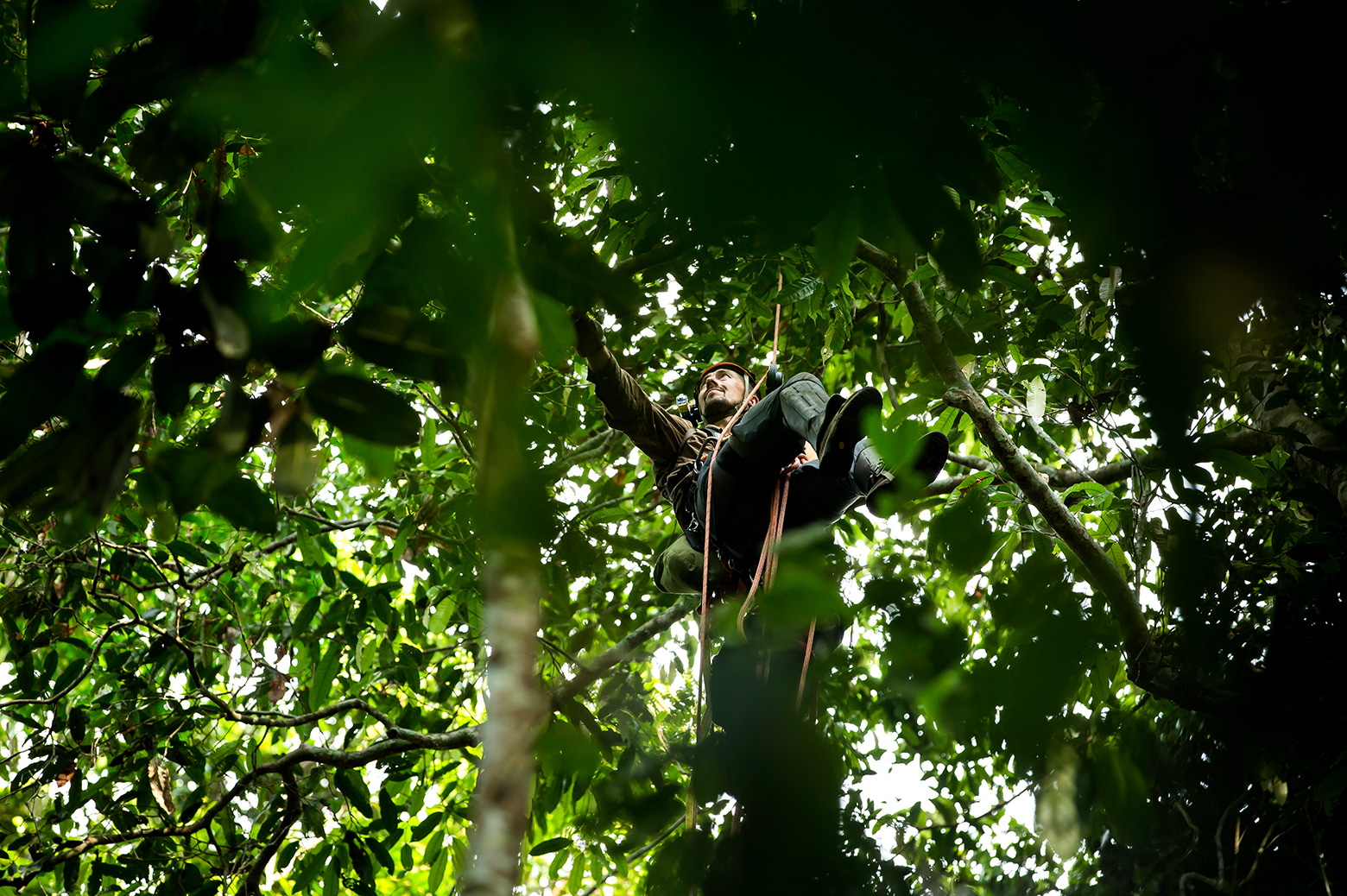 When he’s in the forest, Ivanov spends his days climbing high in the canopy, on the forest floor and in soil pits dug deep underground. He battles heat, humidity, rain, ants, lightning, snakes, chiggers and fatigue to keep the instruments running. At night, he gathers with the team of ecologists under bare bulbs in the camp’s screened-in chow hall to sift through data, swap stories and try not to itch chigger bites. It’s not the traditional habitat of a data modeler—typically, they spend their time in front of computer screens honing equations.

Ivanov believes that it’s time for that to change. And, in Brazil and elsewhere, he has put himself at the leading edge of that change, journeying to the ends of the earth to find better ways to marry the precision of engineering with the vagaries of nature. The research camp in Brazil is the more luxurious of his two outposts; he also travels to Siberia to monitor melting permafrost, where he lives in a tent and survives mostly on canned spaghetti.

“When you come to the field for the first time, you see things you’d never think about sitting in an office,” Ivanov said. “We need to look at systems more deeply and need to try to bring the richness of biological interactions into the model.”

In fact, the planet’s future may depend on building a deeper understanding of how places like the Amazon work. Over the coming decades, climate change will beget an Amazon rainforest that’s hotter and drier than at any previous point in human history. Understanding the math behind the forest could help modelers like Ivanov predict how it will change as the variables shift due to climate change. And those changes have implications far beyond the forest itself.

“The science of the Amazon is peculiar because it doesn’t just concern Brazilians or South Americans. It really concerns us all,” Ivanov said. “Changes to this region, for example, could alter precipitation patterns in North America. The atmosphere will change, the weather and climate will be impacted. So we really need to understand the fate of these forests in the face of the projected increase in droughts in this region.”

Nearby, U-M civil and environmental engineering PhD candidate Elizabeth Agee is repairing a network of sap flow sensors that measure, moment by moment, how much water flows through the forest’s trees. Wearing heavy black snake-proof leggings and a cordless screwdriver holstered to her hip, she swims red-faced through the heat, picking her way through the forest’s crush of life. 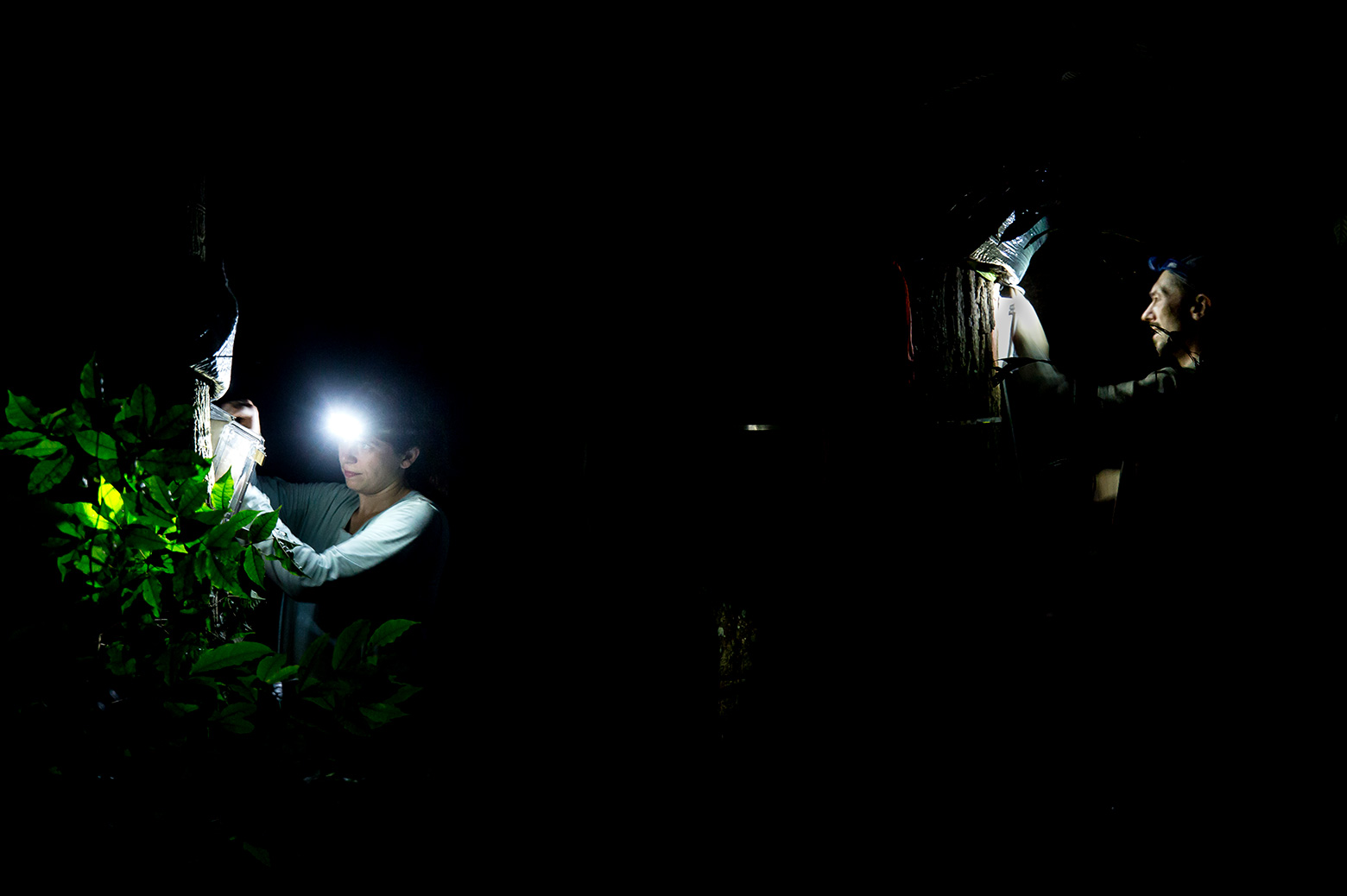 A mother of two and first-generation college student, Agee shares Ivanov’s vision of melding engineering with ecology. She came to U-M three years ago to work with Ivanov; this is her fourth trip to the Amazon and probably her last as a U-M PhD candidate.

It’s a life that, even a few years ago, she would have never imagined for herself. A mother and first-generation college student, Agee took a long path through her undergraduate career, finishing her physics degree over several years while supporting herself and her son with a series of retail jobs. Continuing her education beyond a bachelor’s degree was not on her list of possibilities.

“Five years ago, I thought, ‘If I could just finish my degree and find a job, it would be amazing.’ I would have lived in Indianapolis and raised my family and it would have been fine. But now I’ve been here, I’ve been to the Amazon rainforest and done really exciting research. If I can continue to do that, to do work that’s making an impact on the world, I’ll be very happy.”

After she graduates, Agee plans to go to work at the Oak Ridge National Laboratory, where she can continue doing world-changing hydrology research while staying close to her Indiana roots. And Ivanov will be left without the partner who has accompanied him on trips into the Amazon for the past three years.

“Doing university research is kind of like running an eternal startup,” Ivanov said. “Things are always changing, the workload is distributed unevenly, and there are challenges that are unique to your ‘business’ that are hard or even impossible to meet.”

But constant challenges come with the territory, particularly in a place like this. And over the years, Ivanov has found that the forest has taught him as much about himself as about hydrology.

“It’s not a burden, it’s not an obligation, it’s a privilege to work here,” he said. “I’m here with a mission given to me by the society that I live in, and I’m very serious about that. The losing sleep and sweating and losing weight, these are small things compared to what we learn and what we do.”