Can organic solar cells last – even into the next millennium? These might. 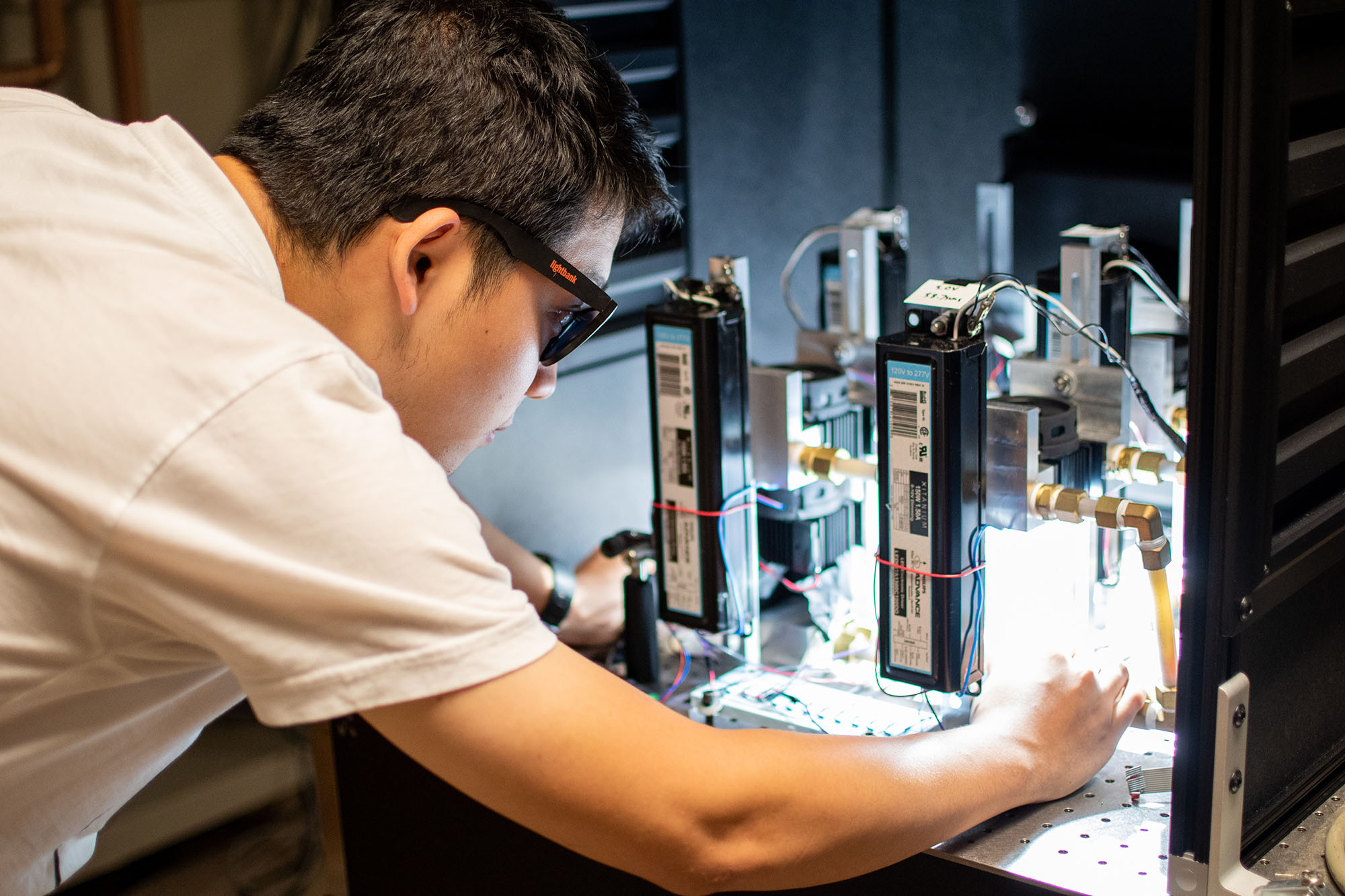 As reported in earlier work by Forrest’s group, organic solar cells have reached 15% efficiency, enough to compete with their inorganic counterparts. They have long been a focus of research due to their lower cost and unique properties – such as their flexibility. However, organic photovoltaics tend to degrade much more quickly than inorganics due to their intrinsically weaker bonds.

Forrest and his group investigated a combination of particularly stable materials, and set about testing their overall longevity when used in an organic solar cell. 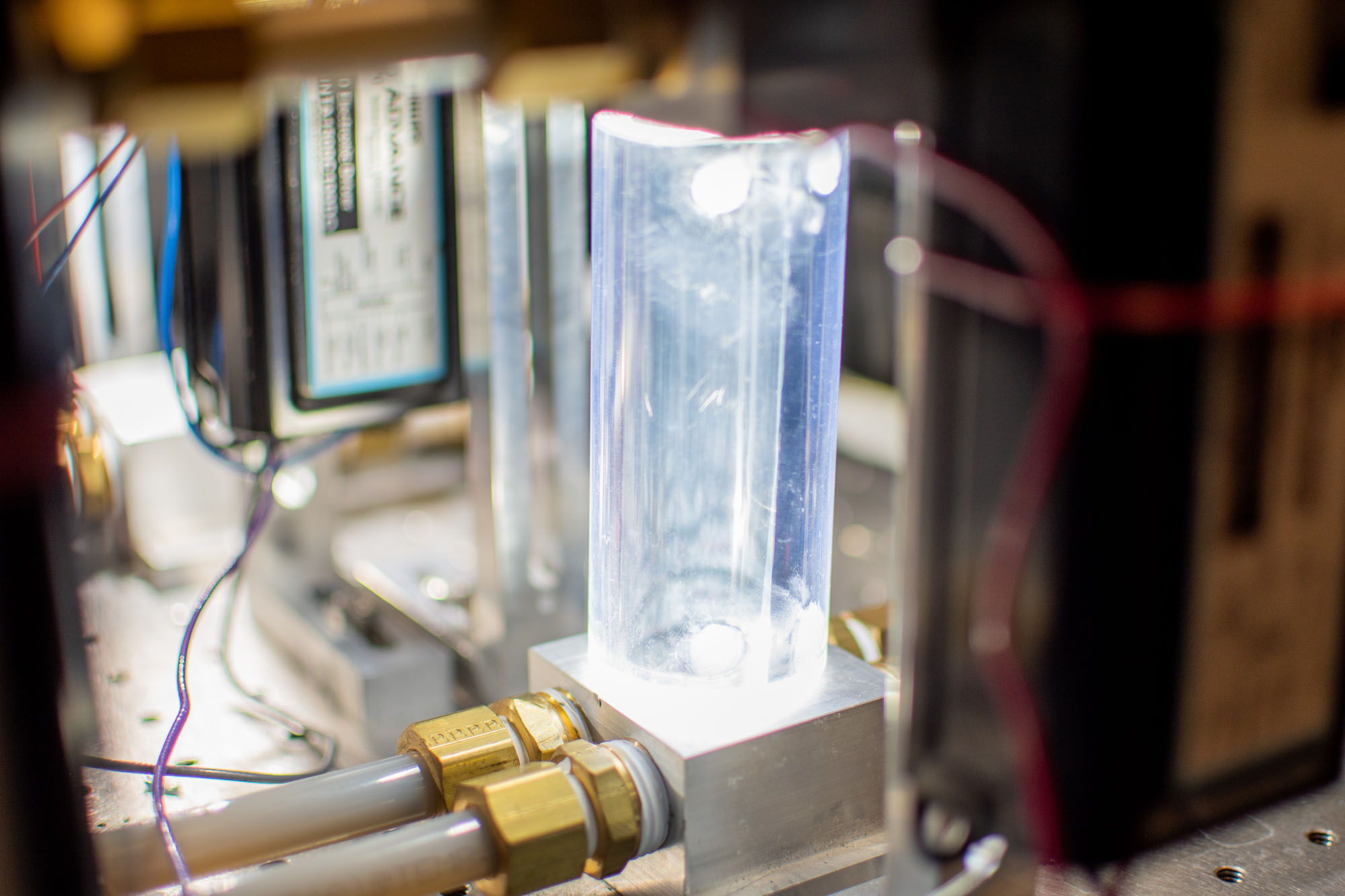 The packaged cells were subjected to white-light illumination the equivalent of 37 suns in order to accelerate the aging process. That means the solar cells endured the power of 37 of our own Suns shining on them at once, which is 4x the intensity that they would receive if sitting on Mercury, the closest planet to the Sun. Given their efficiency by the end of the testing period of more than 68 days, the extrapolated intrinsic lifetime of the solar cells worked out to be an astonishing 27,000 years.

Lead author, Quinn Burlingame, tested similar cells at a solar station in the Negev desert. The connection to the station came from a colleague of Forrest’s at Ben-Gurion University of the Negev, Prof. Eugene Katz, who does research on a range of solar cell technologies at the station.

Organic light emitting diodes are known to last up to a millions hours, so it seemed reasonable to expect the same of organic photovoltaics, but no one had been able to prove it experimentally. Forrest’s group has been working on the specific issue of reliability for several years, but seemed to run into a roadblock early on.

“In 2015, we reported the operational stability of solar cells with identical structure as those studied here,” said Forrest, “and found that the short circuit current degraded approximately linearly with time when measured in situ under continuous illumination from a Xenon arc lamp.” But it turns out they grossly underestimated the lifetime of those cells because the lamp itself was losing white-light intensity.

But when Burlingame took them to the desert, they didn’t degrade at all.

“It was a real puzzle,” reflected Forrest. “In the desert they lasted forever. So we had to think about that. And we finally concluded it was our lamp that was aging.” 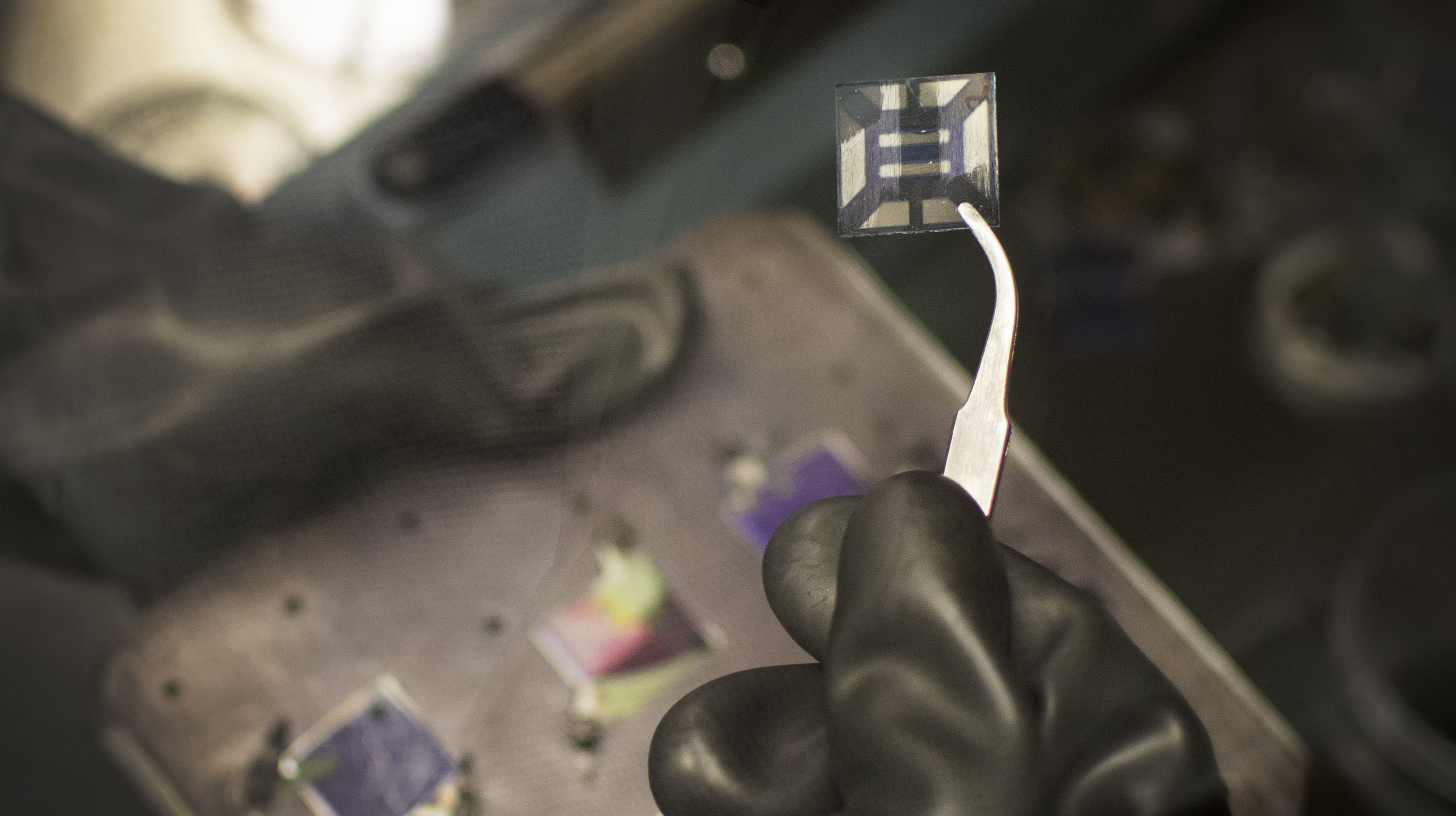 IMAGE:  Fabricated organic solar cell, with other samples shown in the background

The results were the fruition of about four years of research, and show a clear path to stable, long-lasting organic solar photovoltaics, a major piece of the puzzle to eventual commercialization.

“Solar cells stand on three legs,” said Forrest. “Efficiency, reliability, and cost. People have been working on efficiency, and the cost will ultimately be determined by their production. But reliability has been elusive, and that’s where this research shines.”

Forrest is the Peter A. Franken Distinguished University Professor and Paul G. Goebel Professor of Engineering. His primary appointment is with the Department of Electrical Engineering and Computer Science, and he is also a member of the departments of Physics and Materials Science and Engineering.

Johanna Mathieu is one of four principal investigators on a project to improve home energy efficiency and to lower monthly utility bills.| Medium Read
Researchers
In the News
NatureDec 18, 2019
Tomorrow’s industries: from OLEDs to nanomaterials
Chemistry WorldSep 12, 2019
Can organic solar cells stand the test of time?