by James Lynch
Michigan Engineering
January 22, 2019
With people aged 65 and older outnumbering children in the U.S. by 2035, infrastructure changes should be made for the growing demographic.| Short Read
Enlarge 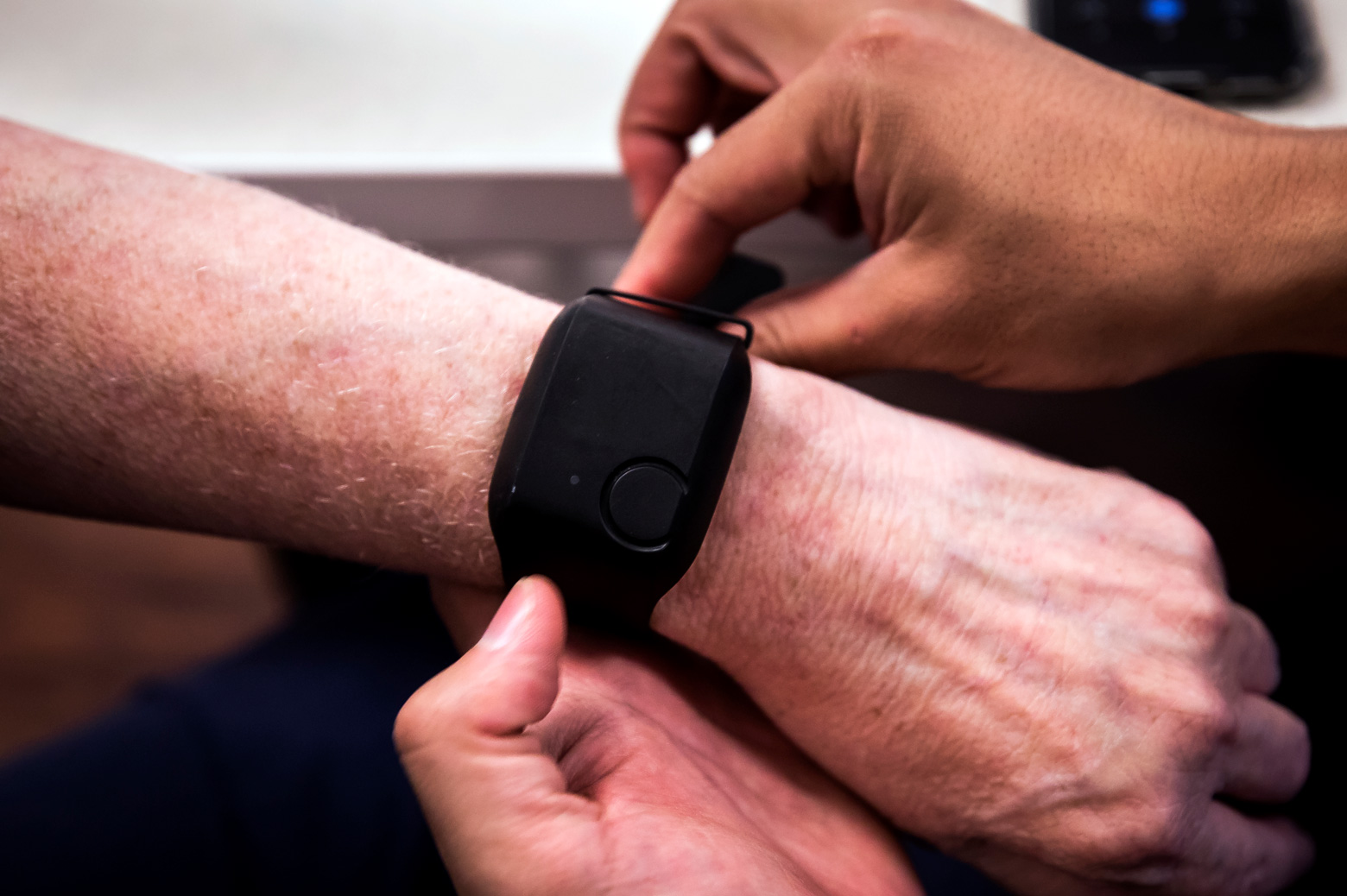 Simple, wearable sensing technology can give seniors a louder voice in identifying stressors in their physical environment and arm communities with information to help address infrastructure needs.

Watch-like wrist sensors can monitor the tell-tale signs of stress – heart rate and sweat levels. Coupled with real-time GPS tracking, that data can produce a map of where and when the elderly most often encounter infrastructure conditions that cause anxiety or pose physical danger.

Researchers at the University of Michigan are putting those sensors to work in a real-life situation to gauge the effectiveness of the technology. Residents at Clark East Tower senior center in Ypsilanti, Michigan, have donned wrist-sensors to track their stress levels as they go about their day.

“The idea is that if we try to collect the people’s responses, people’s emotions, people’s stress when they use infrastructure, we’ll create a very interesting discussion about how we can improve,” said SangHyun Lee, associate professor in U-M’s Department of Civil and Environmental Engineering.

Advancing age brings a loss of physical mobility that’s often accompanied by a loss of self-confidence and comfort in daily comings and goings. Poorly-designed or failing infrastructure, such as crumbling sidewalks and a lack of ramps, can become real sources of anxiety.

It’s a problem that’s only likely to worsen in the coming years without change.

According to the U.S. Census Bureau, people aged 65 and older will outnumber children for the first time in U.S. history by 2035, yet the way we design, construct and maintain our built environment hasn’t been recalibrated to accommodate such demographic changes. Further, one of the challenges of implementing smart infrastructure is making sure that disadvantaged groups, like the elderly, derive maximum benefit from these infrastructure improvements. Too often, though, they are not the focus of conversations around smart infrastructure.

Lee and his research team are looking to change that with the help of the data they’re collecting from sensors.

“When you compare the timestamps and put it all together, you can see where everybody is getting stressed out,” said Neil Karr, a Civil and Environmental Engineering undergraduate assisting in the study. “We want to build an automated classifier that can read through all the data and de-noise and identify only the places where people are getting stressed out due to an infrastructure deficiency or an environmental barrier.”

The team is collecting data sets from all four seasons in order to track changes based on weather.

“So far, we have validated the proposed framework based on data collected from 30 elderly individuals’ daily trips for three seasons (summer and fall of 2018, and winter 2019),” said Gaang Lee, a Civil and Environmental Engineering graduate student research assistant. “The results show that the detected stress hotspots based on the proposed framework have an indication of stress that the elderly subjects suffer from in their daily interactions with built environment.”

When the study concludes in the summer of 2019, Lee and his team will recommend infrastructure improvements to Ypsilanti Township based on their findings. Clark East Tower will also be able to use this data to implement community-related improvements such as shuttle arrangements. In the future, Lee’s team plans to expand this research to other disadvantaged groups, such as those with disabilities.

“There are many ways that municipalities or local government can use this data,” Lee said. “They can provide better transportation service for mobility to avoid certain spots, or they can just fix that spot right away.”