University Record
April 27, 2018
Sick is the recipient of U-M's President's Award for Distinguished Service in International Education, established in 2017 to recognize and celebrate the extraordinary efforts of U-M faculty and staff who keep the university on the leading edge of international education for our students.| Medium Read
Enlarge 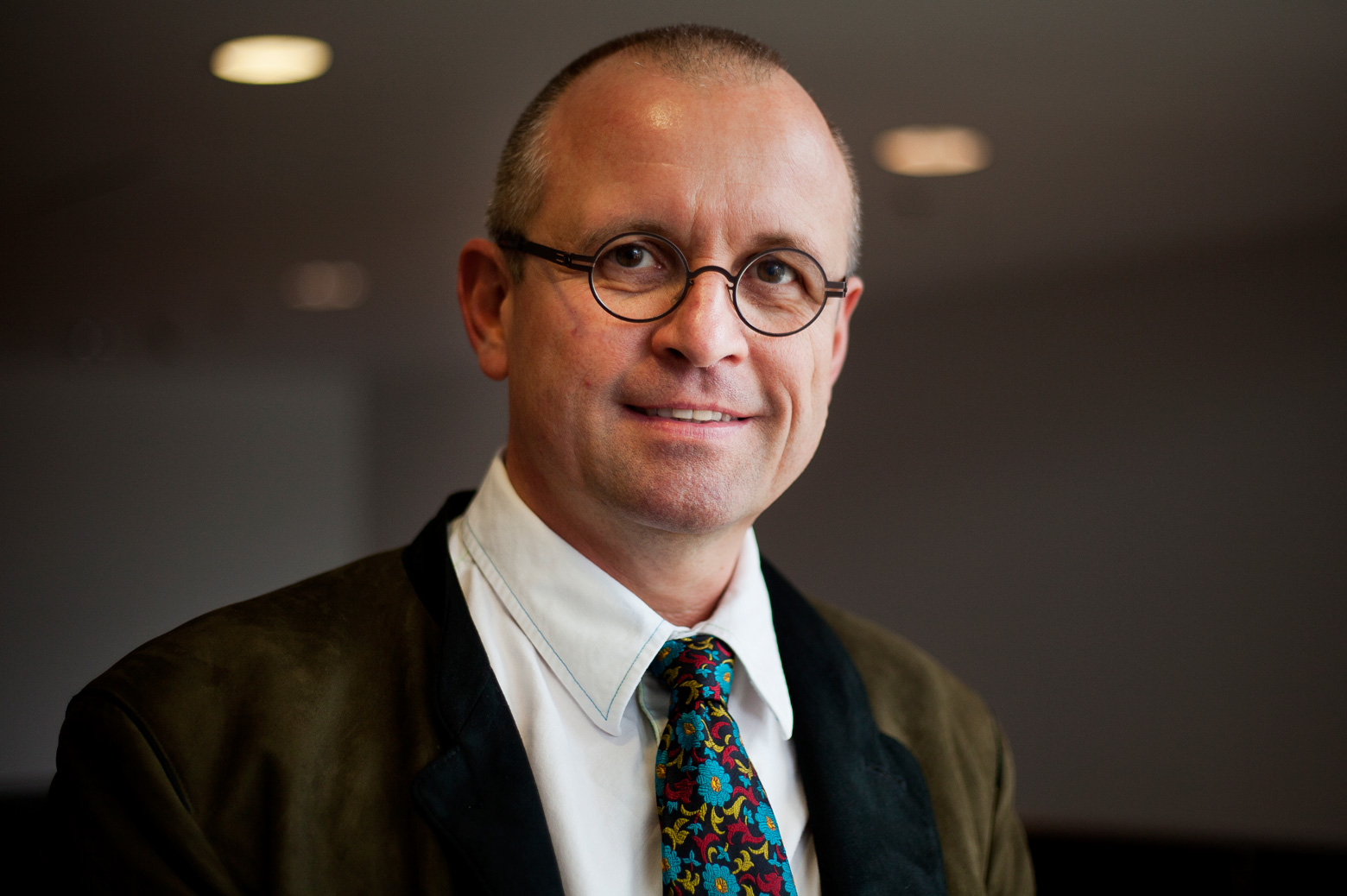 As a young researcher at the University of Heidelberg in his native Germany, Volker Sick worked with universities and schools in several different countries, which helped him understand the value of collaboration between people with different experiences and viewpoints.

“When I came to Michigan 21 years ago, I had that experience with me and whenever possible I continued to work to provide opportunities for my students to go abroad and to bring students to work with me to Michigan,” said Sick, Arthur F. Thurnau Professor, professor of mechanical engineering, and associate vice president for research, natural sciences and engineering.

Sick is this year’s recipient of U-M’s President’s Award for Distinguished Service in International Education, established in 2017 to recognize and celebrate the extraordinary efforts of U-M faculty and staff who keep the university on the leading edge of international education for our students.

Through his personal connections, Sick created the International Engineering Summer School in partnership with the Technical University of Berlin in 2005. The program combines culture, language and project-based learning in a single experience abroad for engineering students. It was also designed as a reciprocal partnership with TU Berlin students.

The summer program has grown to become the largest and longest-standing study abroad program at U-M. To date, 424 Michigan engineers have participated in the program that Sick still helps coordinate to this day.

Sick also served as the first faculty adviser to the International Programs in Engineering office from 2006-12. In this role, he helped develop the international minor for engineers course “ENGR 260: Engineering Across Cultures.” Now in its 10th year, more than 400 students have graduated with the minor.

In addition, Sick has been a key partner in developing U-M’s relationship with Shanghai Jiao Tong University, including with the UM-SJTU Joint Institute. All of Sick’s work is set in the broader context of limited opportunities for engineering students to study abroad.

Volker Sick is this year's recipient of the University of Michigan's Presidential Award for Distinguished Service in International Education, established last year to recognize and celebrate the extraordinary efforts of U-M faculty and staff who keep the university on the leading edge of international education for our students.

According to national data, when Sick’s work began in 2006 only 3 percent of U.S. students abroad were engineering majors. As of 2017, that proportion has grown to 5 percent. At U-M, 30 percent of domestic engineering students now gain international experience before they graduate.

“International experience is of fundamental importance to becoming a Michigan engineer,” said Sick, who also sees this as critical to education in other fields as well. “You can take engineering and replace it with nursing, with medical school, with philosophy, with any major. The exposure to and appreciation of cultural differences and how exciting those are for human societies is not only important from a professional point of view but also as a human being.”

“Increasingly, being an educated person requires knowledge of other cultures, whether by going abroad and experiencing them first hand, or by studying with faculty and alongside students from different places,” President Mark Schlissel said.

“I deeply appreciate the work of Dr. Sick and of the many U-M faculty and staff who look for opportunities to expand and improve our offerings, both to give our students experiences and life lessons in different cultures, and to bring international students here to Michigan.”

James Holloway, vice provost for global engagement and interdisciplinary academic affairs, said that in 2007 Sick walked into the advising office of his academic department and started looking at the forms to declare a major. Right away, Sick noticed that the forms did not include a question he considered basic for a well-rounded engineering education: When will you go abroad? He asked the staff to add it.

“Not ‘Are you interested?’ or ‘When might you?’ but ‘When will you go abroad?'” Holloway said. “In terms of longevity, breadth and depth of contributions to international education at Michigan, I know of no one who has served our students as well.

“Volker took the College of Engineering from practically nothing to a well-conceived, scalable, set of educational programs that now transform the lives of nearly 900 students every year.”

Alumni of the Berlin program agree.

Madeline Gilleran, program manager for supply chain in energy products at Tesla and a College of Engineering alumna, said she had never left the continental United States before meeting Sick. She participated in the TU Berlin program at the end of her freshman year.

“This abroad experience has been pivotal during my time as an undergraduate student,” said Gilleran, who learned German to complete the international minor for engineers. Her interest in sustainable transportation was sparked in Germany where she observed how efficient the U-Bahn was compared to suburban Chicago transit.

“My study abroad trip has galvanized my sustainable transportation and energy solutions. I have been fortunate to have had work experience in electric vehicle and renewable energy space and hope to dedicate my future career to those efforts,” said Gilleran, who plans to return to U-M for her master’s degree with a focus on environmental sustainability.

Alumnus Vincent Salpietro, who also obtained the international engineering minor, said he was pretty much a creature of habit before leaving the comforts of what he called his “western Pennsylvania bubble” to attend U-M. A few months later he was on his way to Germany, so nervous he couldn’t sleep on the eight-hour flight.

“The next six weeks would turn into some of the most impactful and enjoyable times of my life,” said Salpietro, who is currently a graduate student at Stanford University. “The program allowed me to discover things about myself and Germany that can only come from immersing yourself in a foreign city.”

Miranda Roberts, director of international programs in engineering, said Sick’s contributions not only transformed international education at the College of Engineering but also have left a long-standing legacy.

“Volker is truly passionate about international education. He cares deeply for students and wants them to have the best possible international experience,” she said. “Watching him talk to students during pre-departure orientations you can see his excitement to share his native Germany.”

Sick, who also leads the diversity, equity and inclusion work for the U-M Office of Research, said a lot can be applied from international experience to this area.

“One of the things I emphasize is that by recognizing and embracing cultural differences, we can avoid and overcome a lot of misunderstandings and unwilling discrimination of the people we interact with,” he said. “The academic aspect is important but the main driver for me is to provide the cultural experience. Understanding and appreciating cultural differences helps us in so many ways.”

This article was written by Nardy Baeza Bickel. See the original post in The University Record. 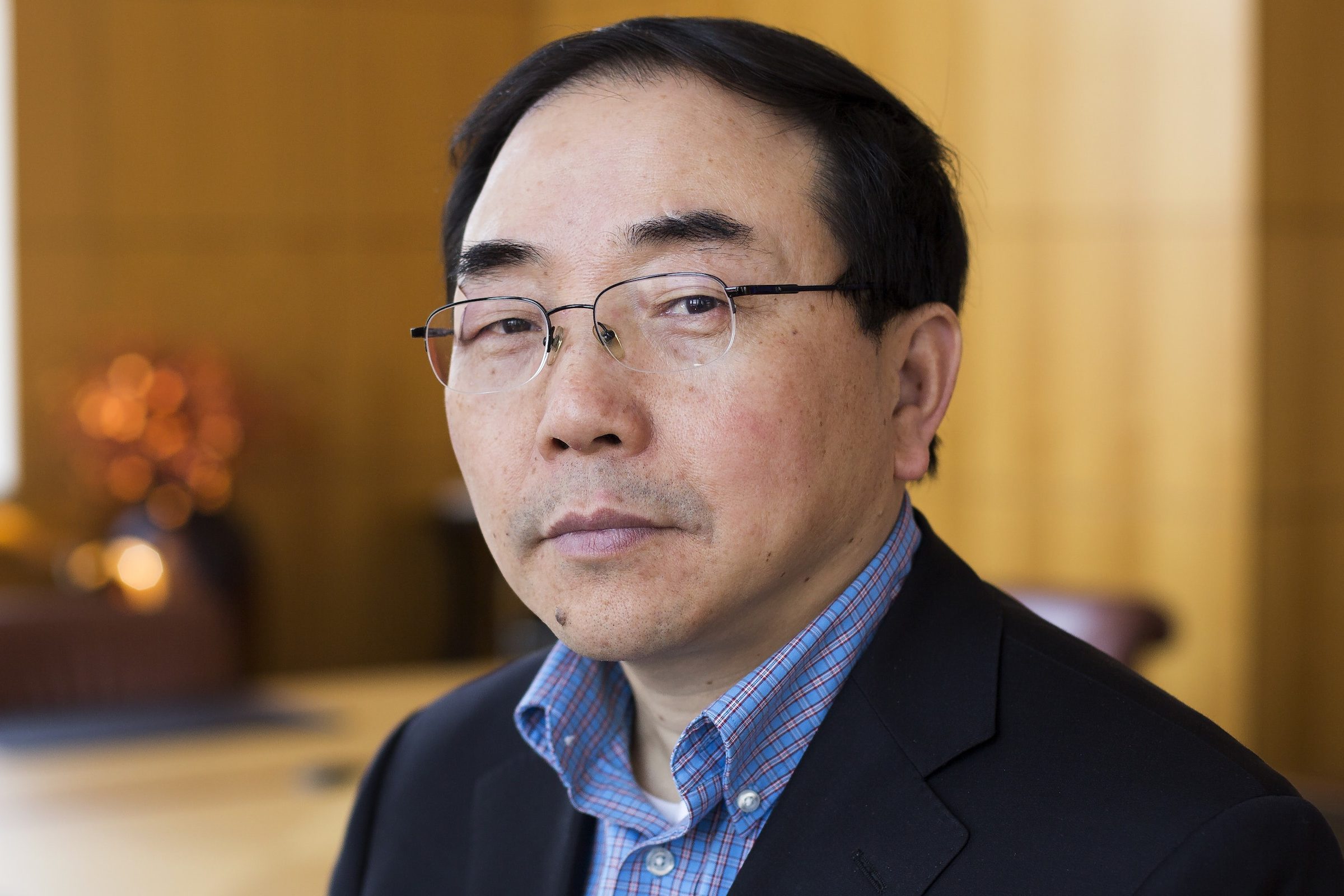 Jack Hu, the J. Reid and Polly Anderson Professor of Manufacturing, has been elected a Foreign Member of the Chinese Academy of Engineering.| Short Read
Researchers