In the late 1940s the University of Michigan Regents acquired 300 acres of farmland north of the University Hospital and across the Huron River, in case the University needed room to expand – though there were no immediate plans for its use.

Several years later, the noted architect Eero Saarinen was retained to develop a master plan for the site, and within a few years the College of Engineering had launched a “Five Year Plan” – although it would require some 40-plus years to complete.

Ultimately the entire engineering community would shift from Central Campus to what had once been called “an outlying wasteland” of farm fields and muddy trails. And North Campus eventually would enjoy the greatest construction boom since the University’s founding – a renovation and expansion that has continued to this day.

As early as 1955-56, plans had been made to move all College of Engineering activities to North Campus in phases: first, graduate laboratory and research activities; second, upperclass and graduate instruction; and finally, freshmen and sophomores. 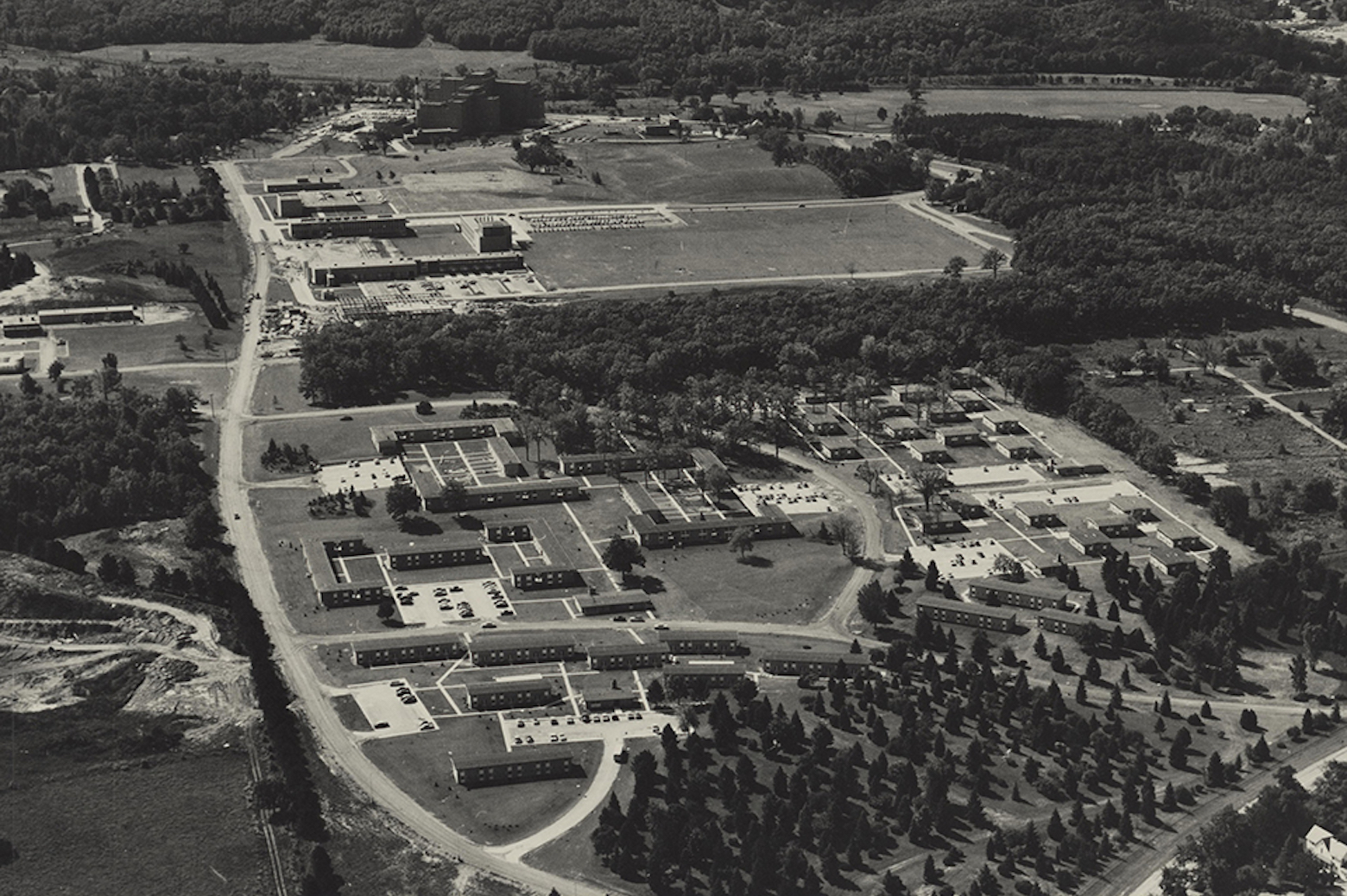 But this would not be a straight-line journey. There would be setbacks and comebacks along an occasionally haphazard and generally too-slow pattern of growth – often a result of changing academic emphases, shifting sociological and economic trends, and not infrequent political infighting.

Signs of a Slowdown

Though the College of Engineering had at the outset been first in line to move its facilities to North Campus, in the mid-1960s the University instead built new buildings for the School of Music and for the School of Architecture and Design, with the North Campus Commons (now Pierpont Commons) and the Chrysler Center soon to follow. Other research facilities finding homes on North Campus around this time were the Cyclotron Laboratory, the Institute of Science and Technology, and the Highway Safety Research Institute.

These developments were in part the result of a national movement in the late 1960s and 1970s away from prioritizing science (and engineering) education – and accompanying funding – in favor of social science and the arts. 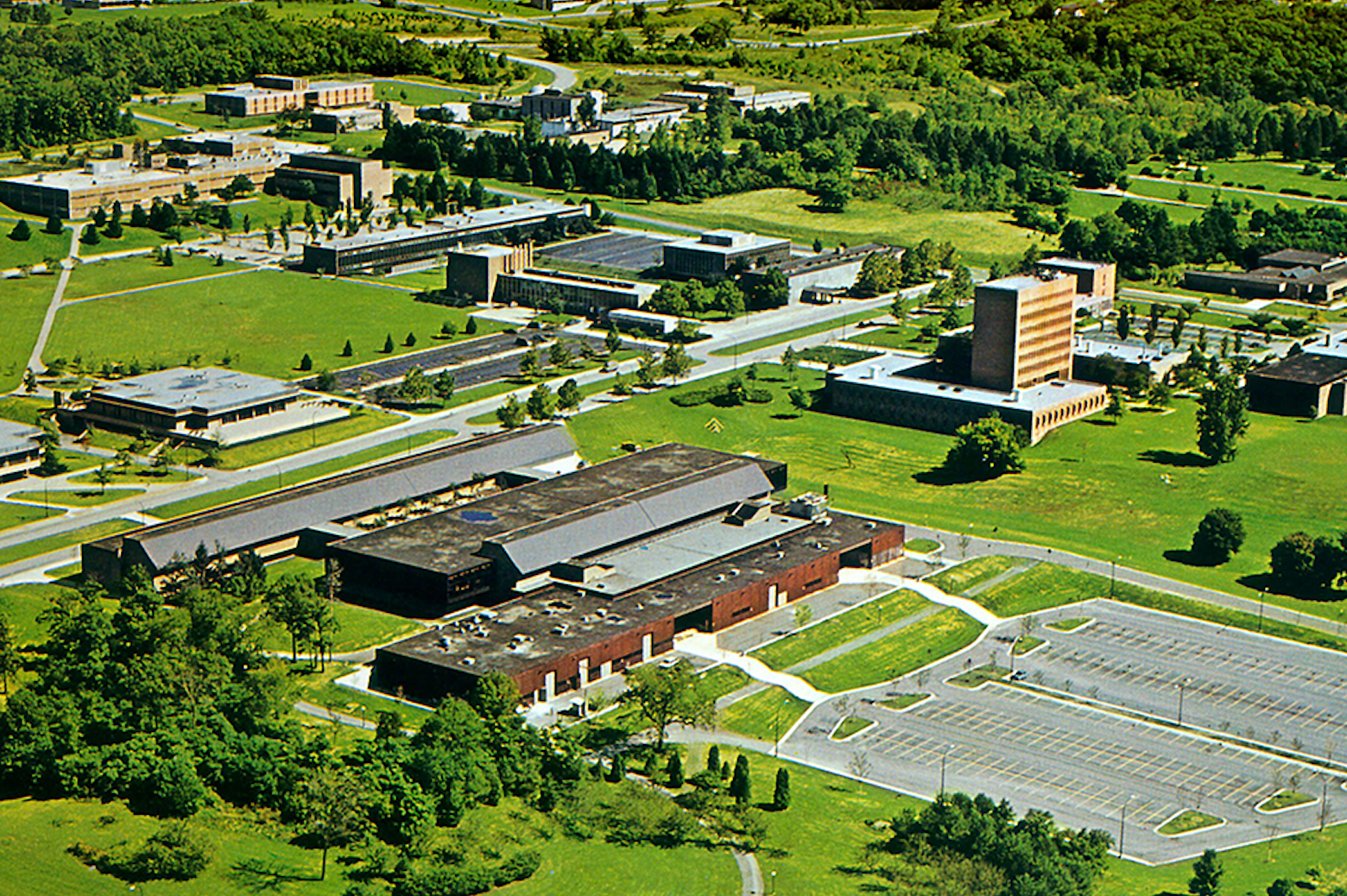 Even so, in 1973 the Michigan state legislature had authorized a study regarding the College’s continued move to North Campus, and by 1975 it had recommended a staged, four-building solution that by 1977 it had even authorized the state to pay for in part – coupled with gift funds that the College would have some difficulty raising.

Continued deterioration in the state’s finances, however, would shrink the plan’s four-building scheme down to one – the H.H. Dow Building, which was completed in 1982.

Thus the 1980s ushered in a more modest yet workable plan, with some departmental reassignments here, and a few building renovations there – along with some enlarged and wholly new buildings along the way. By 1983 arrangements had been made to move all of Michigan Engineering from Central to North Campus by 1986 – with the exception of the naval tank in the basement of West Engineering (where it remains today) and the department of Electrical and Computer Engineering, which would soon enough move into the new Electrical Engineering and Computer Science Building (which would be replaced with a state-of-the-art building in 2006).

A new master plan was developed in 1986, which would usher in a number of new buildings and amenities into the 1990s, including the Francois-Xavier Bagnoud (FXB) Building, Maya Lin’s Wave Field, the Robert H. Lurie Engineering Center, the Ann and Robert H. Lurie Tower, and the Media Union (now the James and Anne Duderstadt Center), among others. 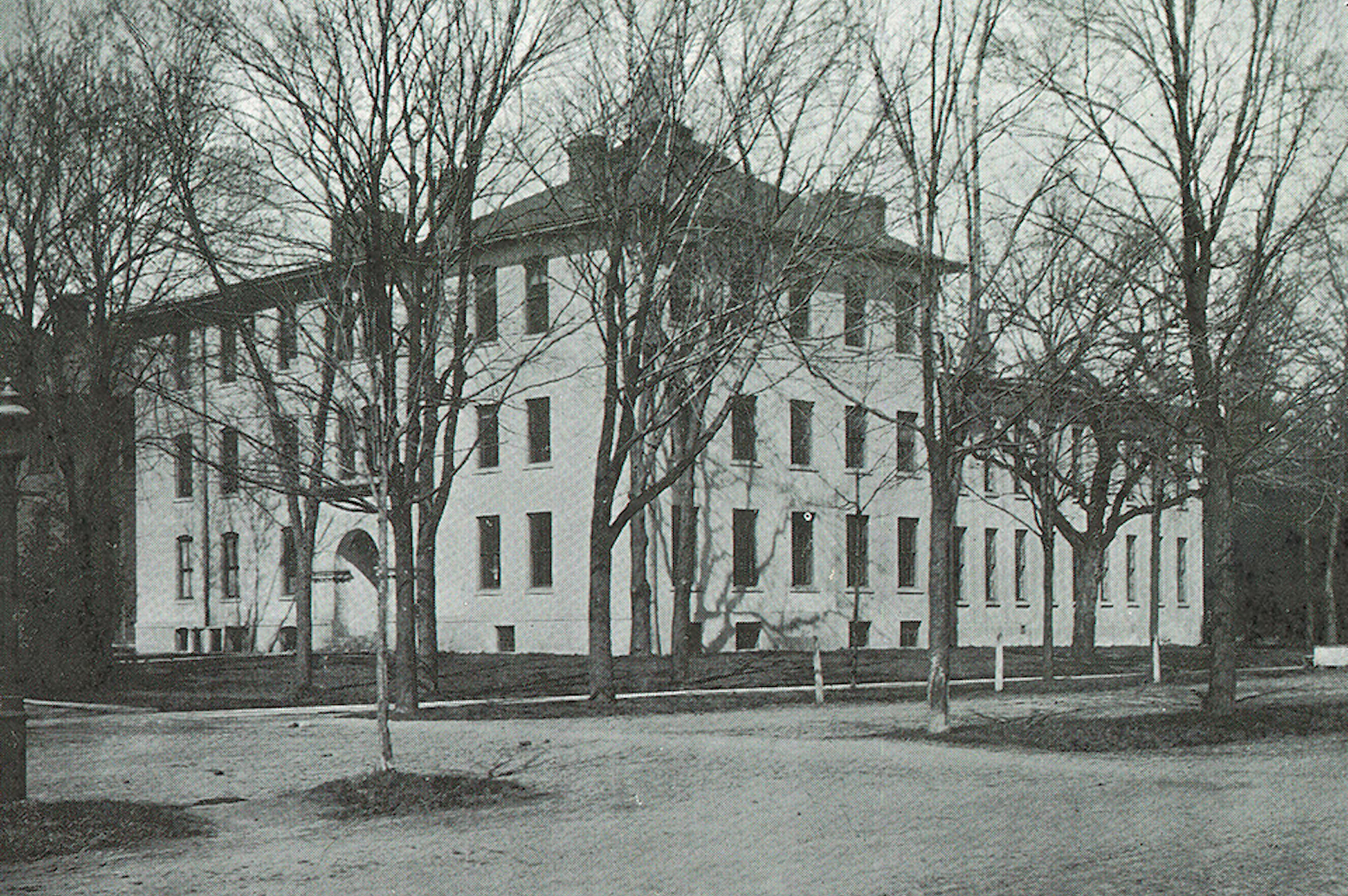 A few pictorial highlights of Michigan Engineering’s changing landscape over the years:

One of four original campus buildings, this structure was used as a professor’s house and then the Dental College before its enhancement and use for Engineering beginning in the 1890s until 1922, when it was removed. The Clements Library now stands in this spot. 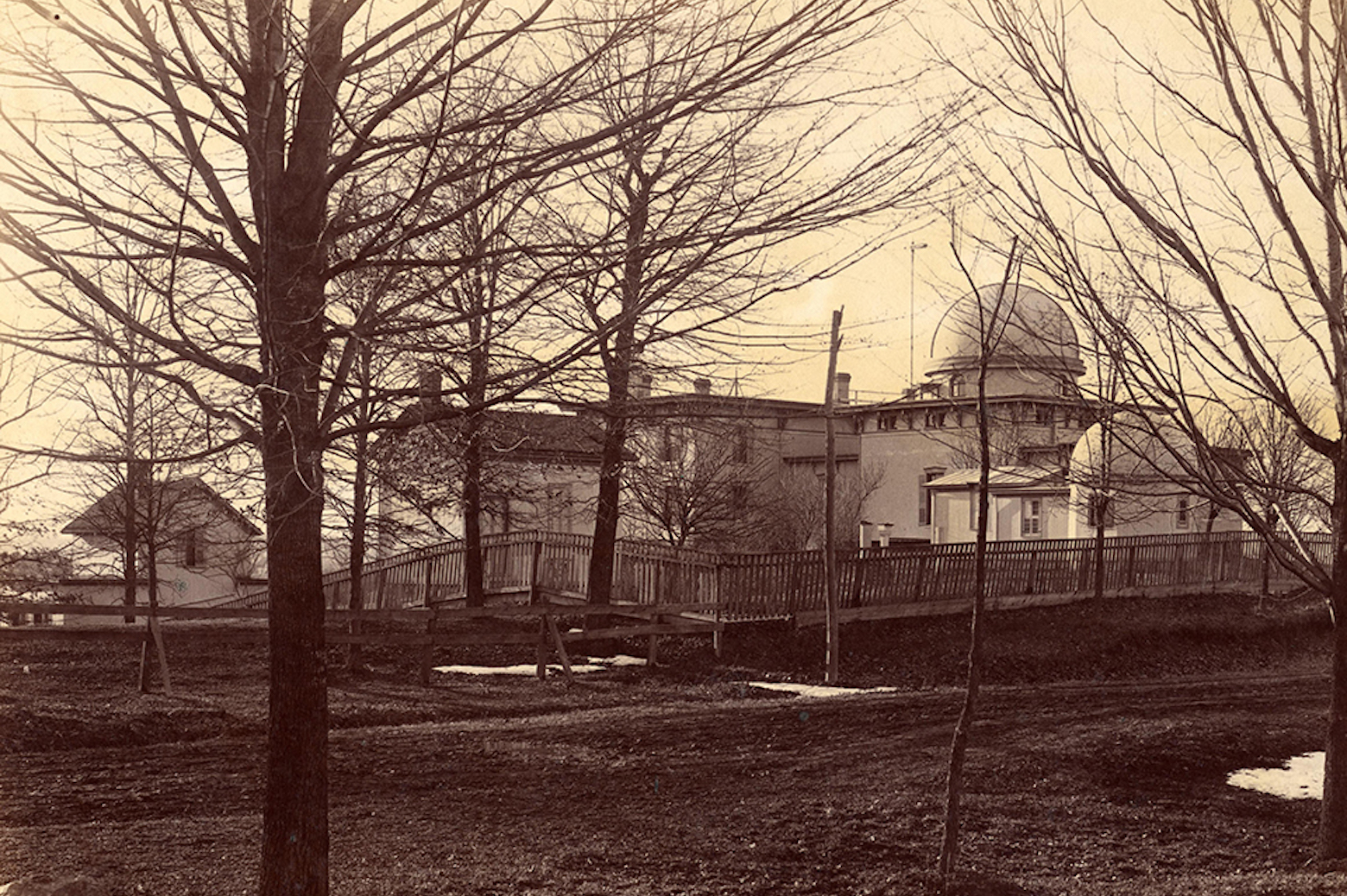 In 1854 University President Tappan opened the Detroit Observatory – the first dedicated on-campus research laboratory – to transform Michigan from a provincial liberal arts school into a national institution, and the Observatory has been at the heart of scientific research ever since. Home to the discovery of numerous asteroids and comets, among many other revelations, the Observatory was listed on the National Register of Historic Places in 1973. 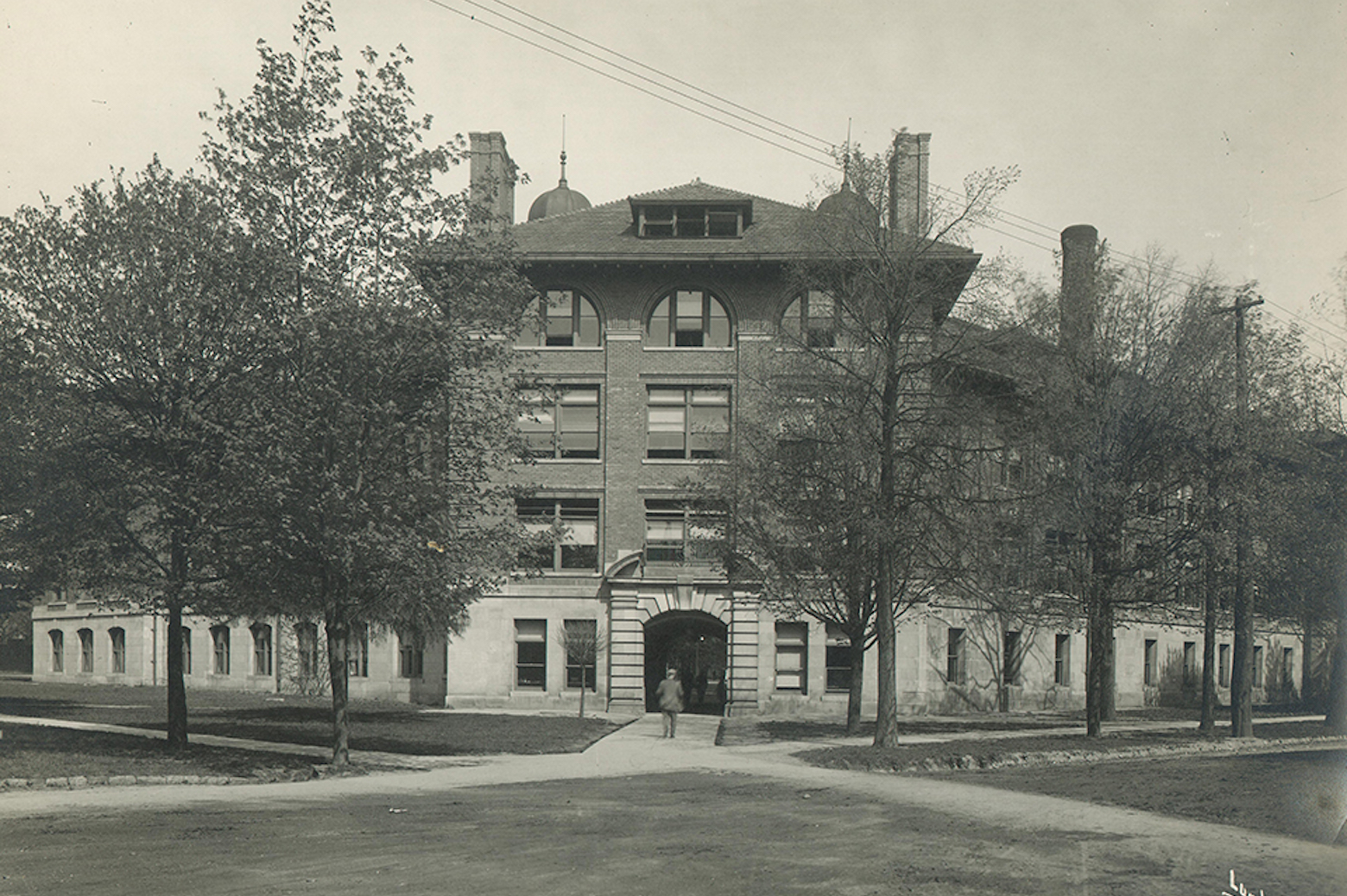 Home (including its various additions, and its companion East Engineering Building) to much of the College of Engineering from its inception in 1904 until its move to North Campus beginning in the 1960s, the original structure integrated within the bowels of the building the naval architecture tow tank – the first such tank built by an educational institution. 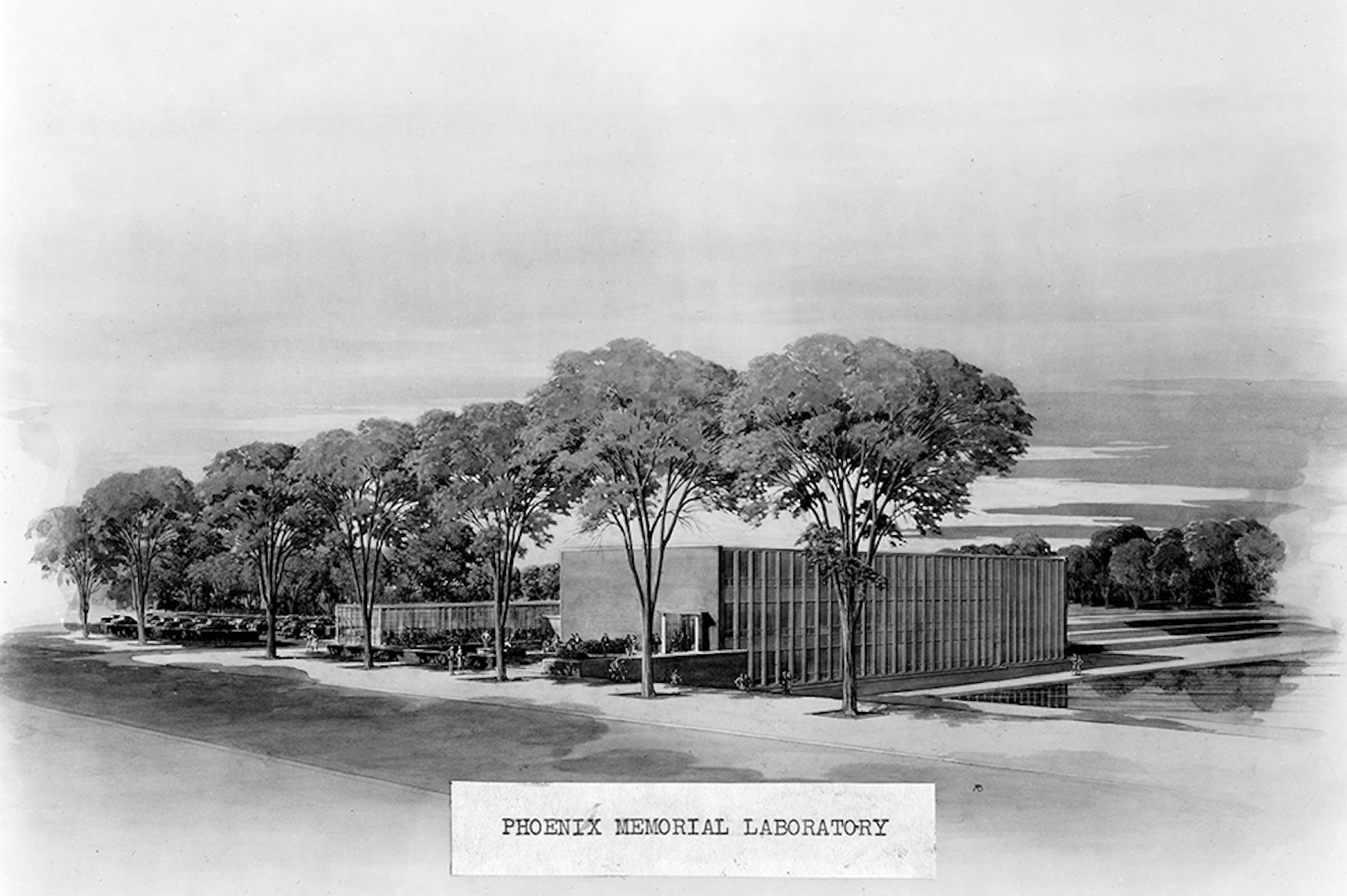 A 1948 student-led initiative following World War II to develop peaceful uses for atomic energy resulted in the construction of a memorial building to house both a research lab and one of the first on-campus nuclear reactors – and Phoenix researchers have since made scores of important contributions to peacetime atomic research in chemistry, physics, engineering, and many other fields. 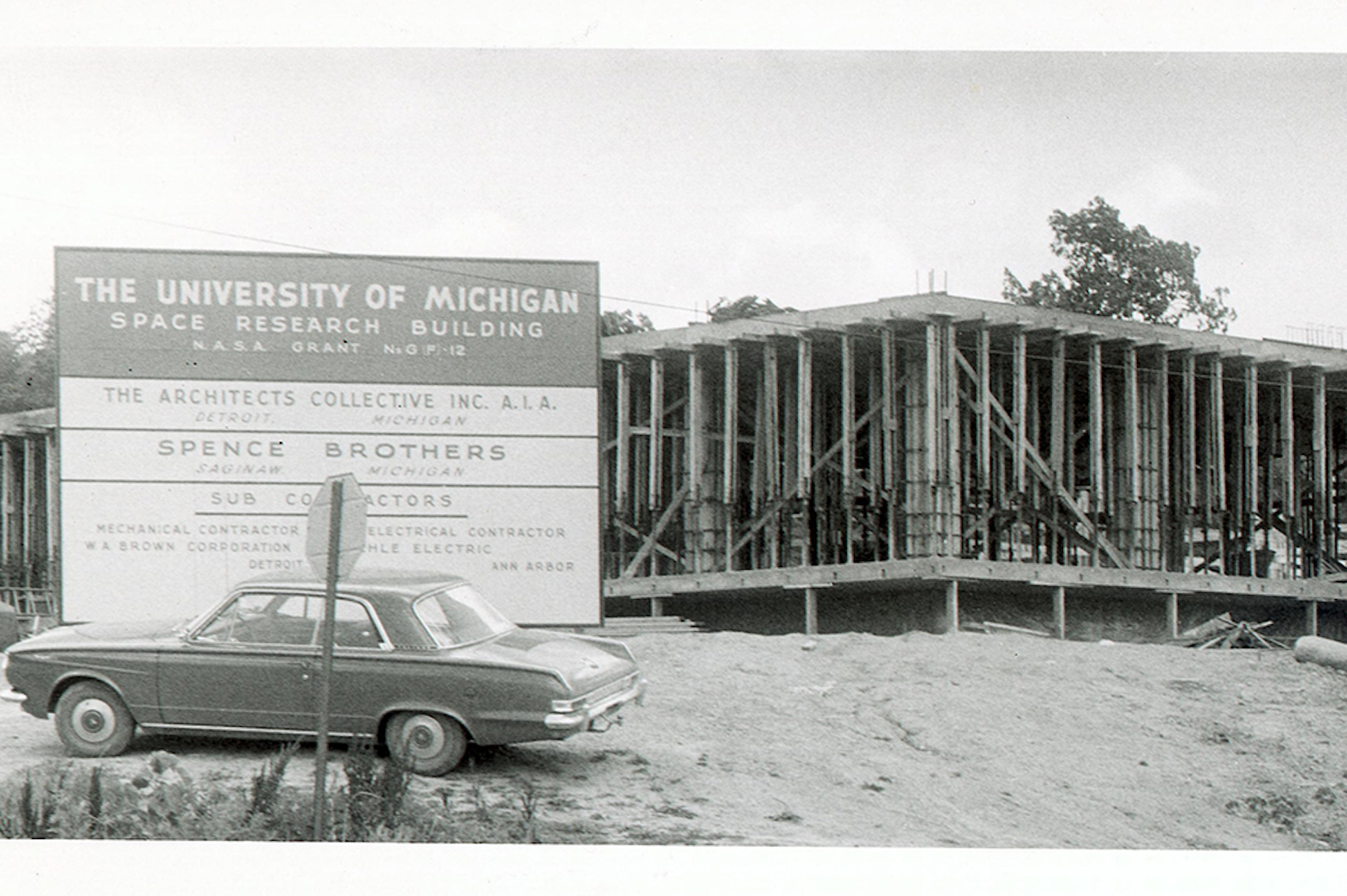 IMAGE:  The Space Research Building, while under construction, which was partially funded by the National Aeronautics and Space Administration (NASA). Photo courtesy Bentley Historical Library.

Largely funded by NASA, this building and its laboratories enabled Michigan to play an outsized role in early space exploration–including the 1965 All-Michigan two-man Gemini 4 crew and the 1971 All-Michigan three-man Apollo 15 crew, which explored the moon– and Michigan Engineering’s involvement in NASA and related space exploration and space science missions continues to this day. 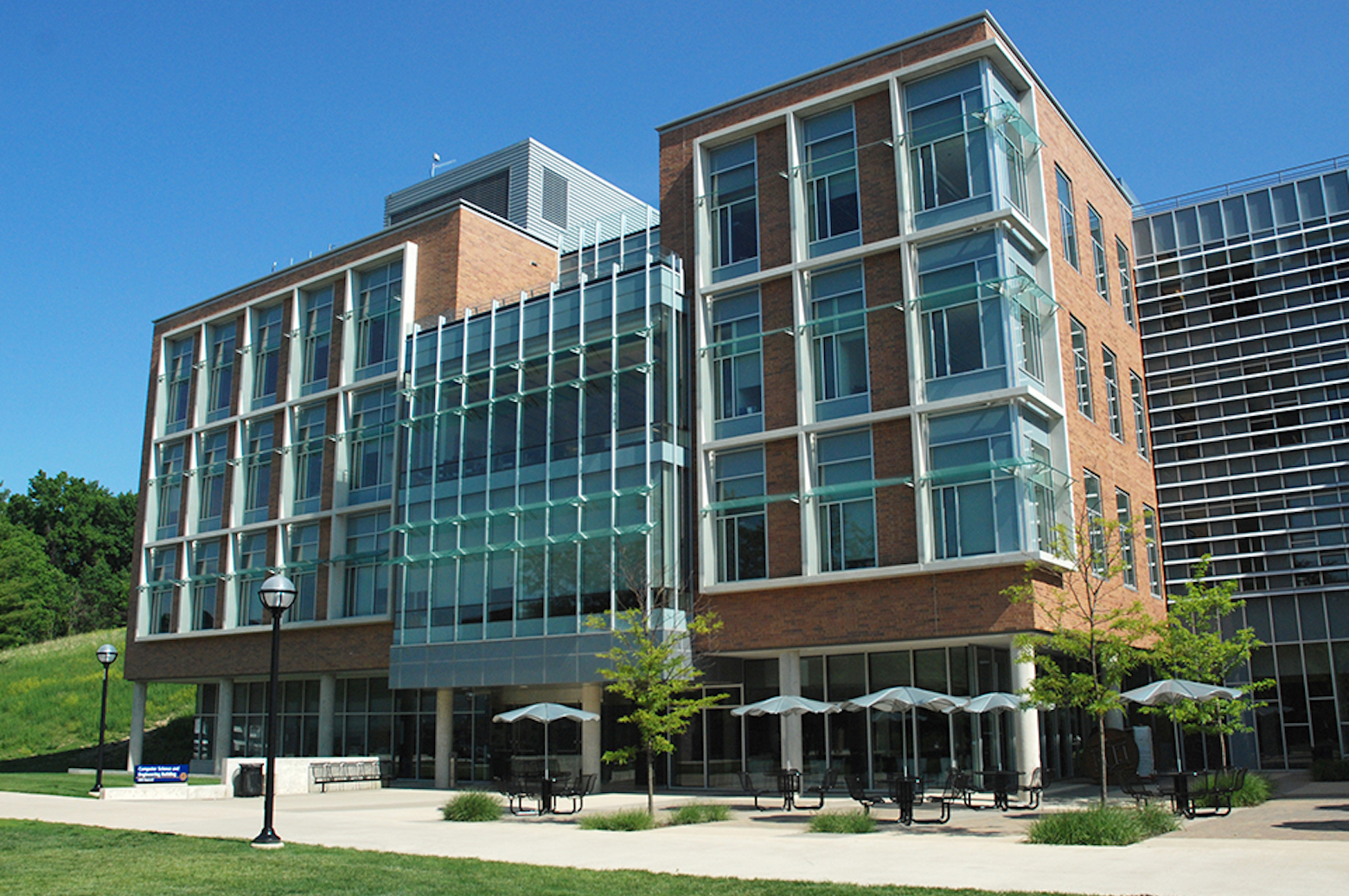 As an important North Campus addition to accommodate the growing and ground-breaking Electrical Engineering and Computer Science department, this state-of-the-art instructional, academic, and laboratory facility continues to attract and enable world-class teaching, learning, and research opportunities.