by Randy Milgrom
Michigan Engineering
September 8, 2017
The Michigan program in automotive studies rose alongside and in cooperation with nearby Detroit automakers.| Medium Read

Walter Edwin Lay was born in Michigan and attended high school in Ann Arbor. After graduating in 1910, Lay flirted with attending Michigan State University – as he briefly considered following his father into the farming business – but the University of Michigan’s engineering curriculum ultimately proved the stronger draw.

Lay studied at Michigan for two years before leaving for two years to work for the Packard Motor Company. After receiving his bachelor’s degree in mechanical engineering in 1915, Lay accepted an offer to become a teaching assistant in the Automotive Division  of the Mechanical Laboratory at Michigan Engineering – and he would remain on the job for another 50 years. 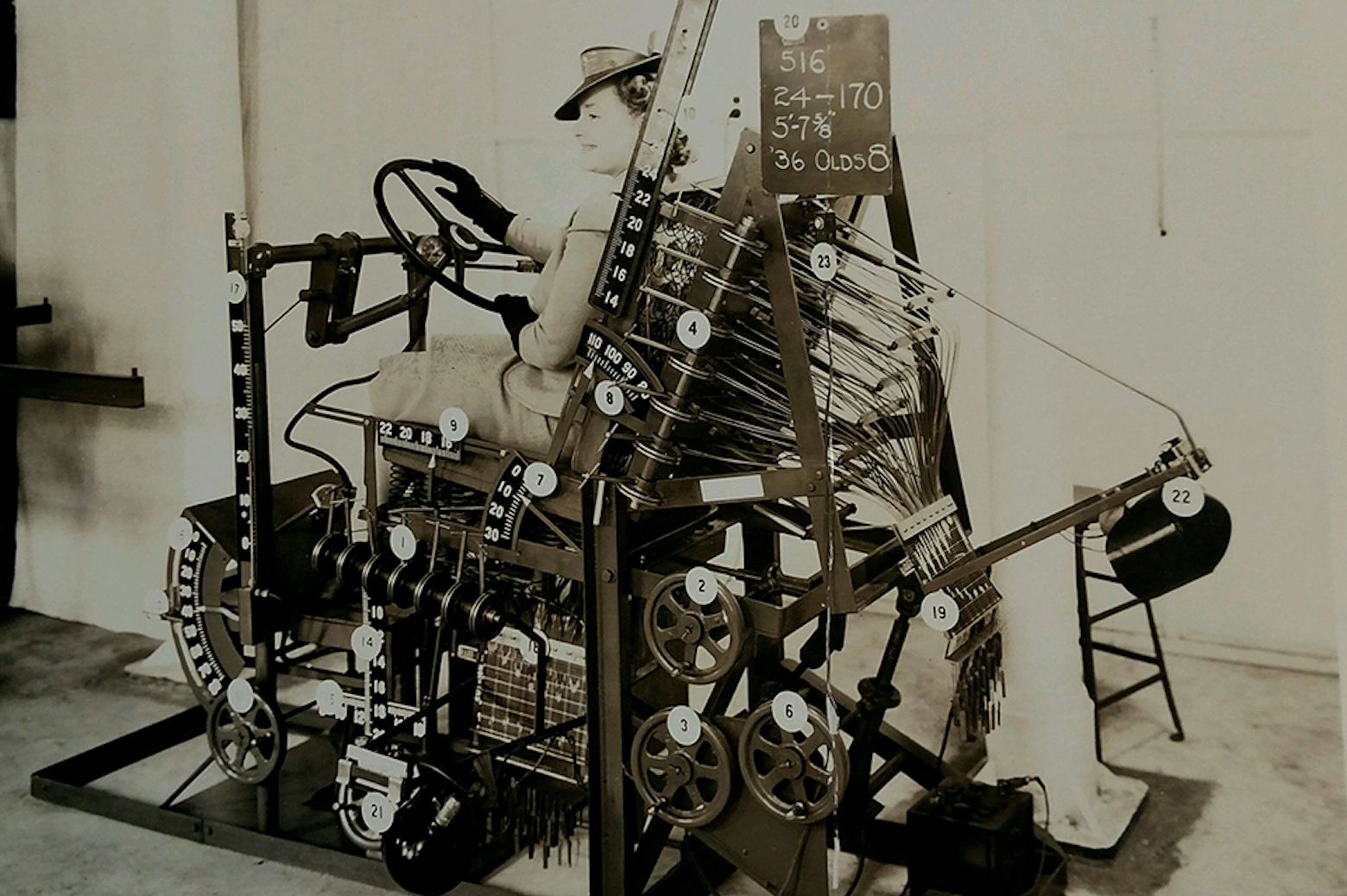 Lay joined the faculty just three years after the first automotive course – Gasoline Automobiles – was offered at Michigan, and his original mandate was to create a laboratory and an entire automotive slate of courses.

The first course Lay designed featured a full day’s road test of a motor vehicle – either a single-cylinder Oldsmobile engine, a 1910 Krit, a 1907 air-cooled Franklin, or a 1911 Franklin engine.

Lay’s lab was among the first to present comprehensive experimental data regarding the advantages of streamlining. It also participated in an important cooperative study with the Michigan State Highway Department concerning optimal highway grades. 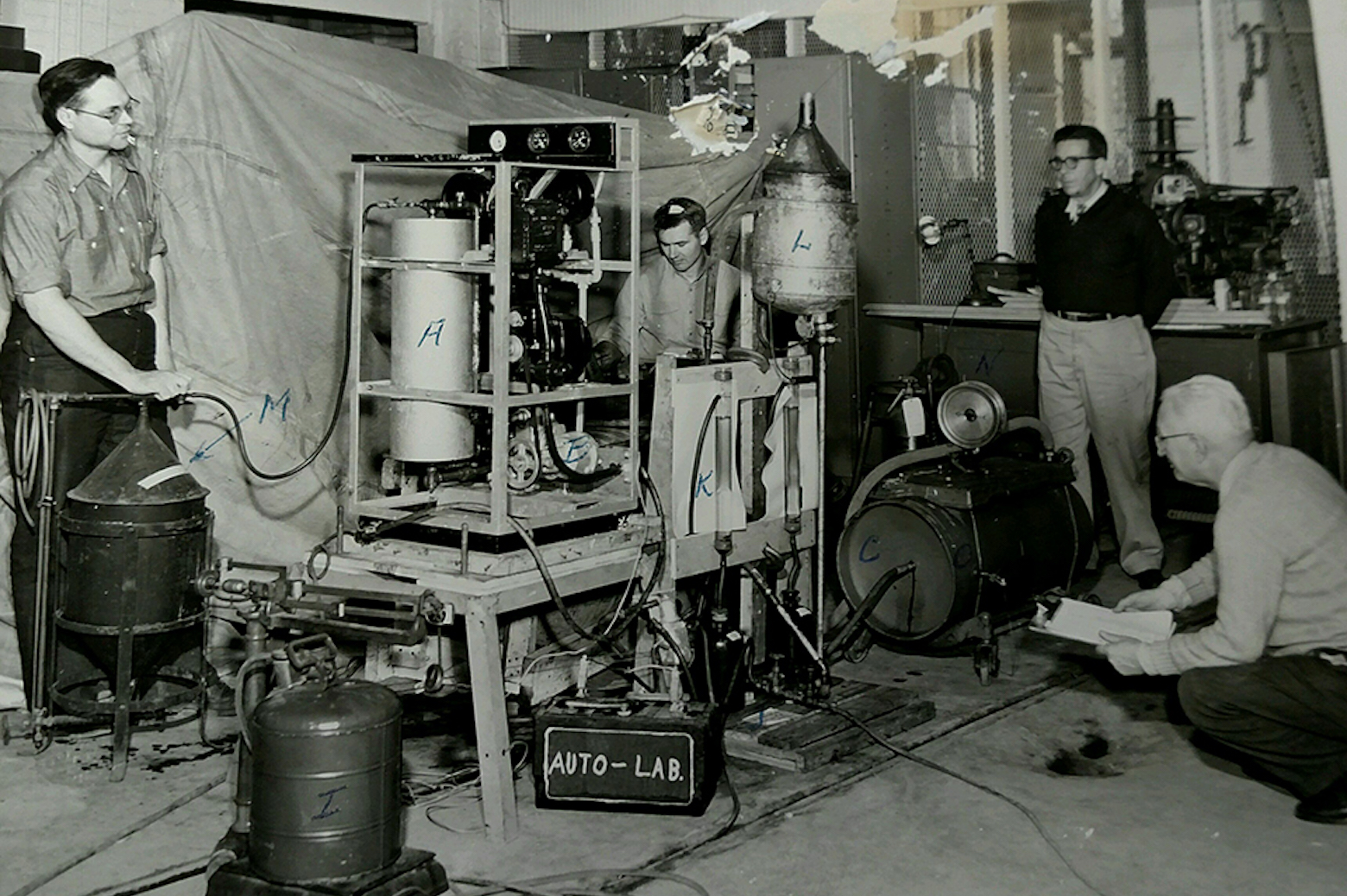 IMAGE:  At work in the Auto Lab, circa 1950. Photo courtesy Bentley Historical Library.

Other landmark studies focused on improving automotive parts, safety, noise, and riding comfort, including an inquiry into automobile seat cushions.

Professor Lay was said to be “a firm believer in  the doctrine that the professor must inject personality into his classes,” and he was once said to have “the ‘snazziest’ collection of  stories of any prof on campus.”

The Automotive Engineering Laboratory was named in Lay’s honor in 1974.

Sources for this story include various issues of The Michigan Alumnus and The Michigan Technic, where Professor lay’s exploits were often chronicled.