After earning his Michigan Engineering degree, Glenn V. Edmonson (BSE ME ’32) spent 15 years in local manufacturing before his wife Trenna coaxed him back to university life in 1947 because she thought her husband might enjoy being a professor of mechanical engineering.

By 1962 – with growing interest among faculty to establish bioengineering as a distinct, multi-disciplinary degree-granting program – Michigan Engineering Dean Stephen Attwood asked Edmonson (by then an associate dean) to attend a conference about this “new profession” – and how to teach it. When Edmonson returned, Attwood appointed Edmonson the program’s first chairman, and Edmonson proved adept at launching it.

Without faculty of his own, Edmonson drew on expertise throughout the University. Students were similarly diverse, featuring working engineers seeking specialty training, medical and would-be medical students and some who enrolled following military stints. And all took a leap of faith, committing to an untested field that still puzzled industry. 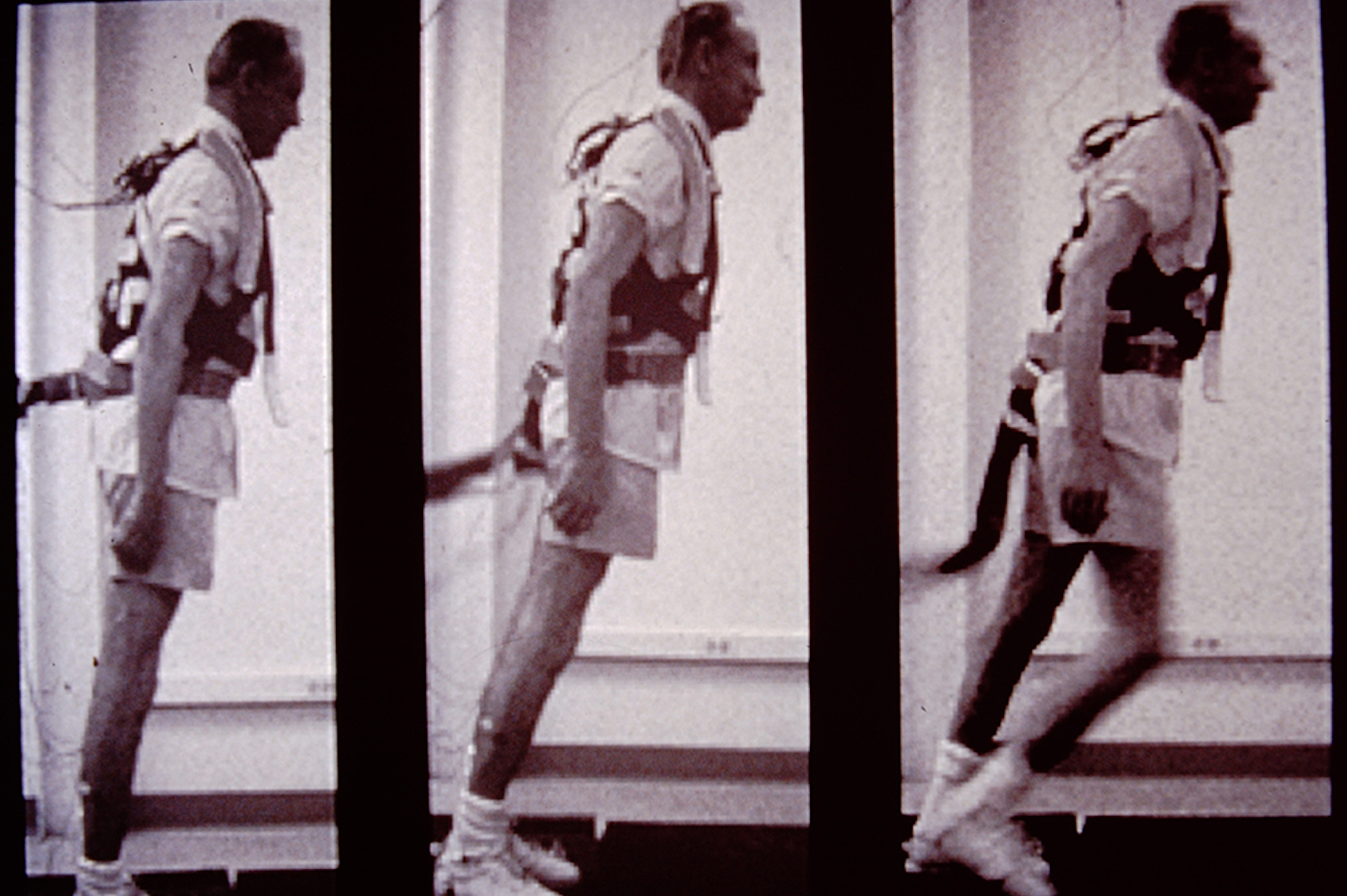 IMAGE:  One of numerous fall-related studies conducted by bio-engineering researchers over the years.

The 1960s was the first decade of computing, and there was great enthusiasm for applying its power everywhere – including toward a more modern, standardized and potentially more inclusive healthcare system. The introduction of Medicare and Medicaid also brought increased federal funding for emerging medical technologies. As a result, Michigan Engineering and Medical School faculty worked together during the 1960s on various bioengineering projects – from signal processing in neurons to nuclear imaging to prosthetics – with chairs in chemical engineering, industrial and operations engineering, nuclear engineering, nuclear medicine, and other disciplines supporting these collaborations.

A major NIH program was promoting the use of engineering in biomedical research, and Edmonson was able to secure an NIH training grant in 1969 that grew the program from 38 students (26 doctoral) in 1969 to 53 (31 doctoral) by the end of Edmonson’s time as chairman in 1972. Michigan Professor Emeritus of Electrical Engineering and Computer Science Spencer L. BeMent, the program’s first PhD recipient in 1967, still relishes the excitement of those early days.

“I call myself the ‘first graduate,’” he has said, “because my name being BeMent, I was the first to march up at graduation, but actually there were three of us that winter of 1967.”

The program faced various challenges in the two decades that followed, yet still managed numerous advancements, including the development of an artificial “spherocentric” knee; creation of a system for heart-lung bypass support; ergonomics and occupational biomechanics breakthroughs; leading work in radiation measurement and detection for nuclear imaging; and the “Michigan probe” – a multi-channel neural probe that remains a foundational tool for brain research.

In 1984, Steven Goldstein – a recent bioengineering PhD graduate and assistant professor of orthopedic surgery – became program director. Goldstein was well positioned to convey the value of bioengineering to the Medical School leadership, but other factors at the University were favorable as well. James Duderstadt became dean of engineering and then provost and president of the University, and the next engineering dean, Charles Vest, would also later become provost. And the Whitaker Foundation was moving beyond research grants to invest heavily in bioengineering – and was favoring departments over programs.

The program focused on obtaining Whitaker funding. When Glenn Knoll – with a background in bioengineering and nuclear imaging – became interim dean in 1995, leadership crafted a proposal resulting in a $3 million Whitaker Development Award, helping to launch Michigan Engineering’s department of biomedical engineering in 1996, with Professor Charles Cain as its founding chair.

Michigan was among nine universities chosen in 2005 to receive the Wallace H. Coulter Foundation’s $5 million Translational Research Partnership Award in Biomedical Engineering. In 2011 it received a Coulter Foundation $10 million award that was matched by both Michigan Engineering and the Medical School – a clear sign of growing cooperation. When BME’s transition to a joint department within the College of Engineering was finalized in September 2012, the result seemed obvious: When the formal announcement was made, no fewer than 35 Medical School faculty members held shared appointments in BME. 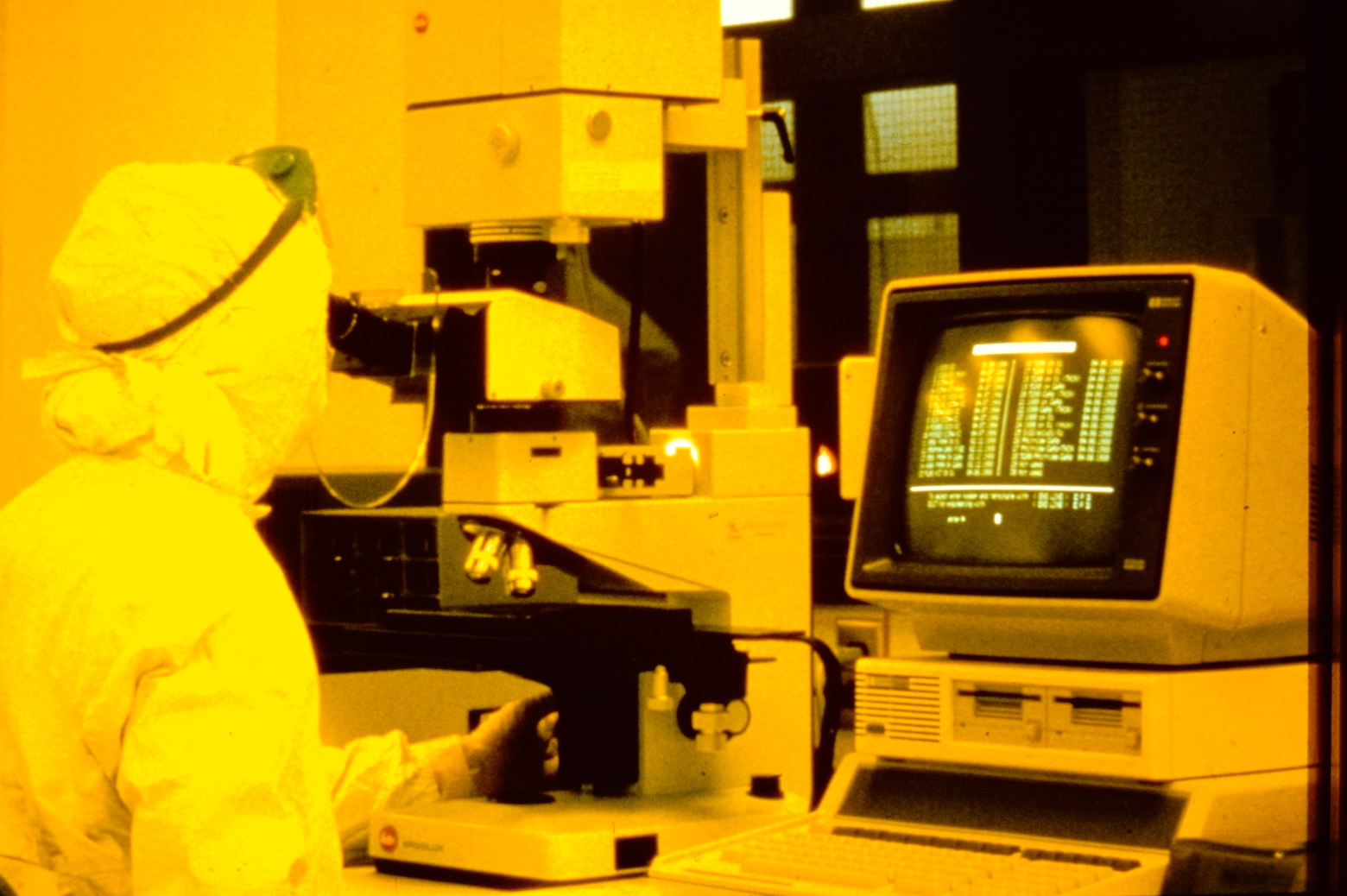 IMAGE:  Semiconductor lab clean room, where early MEMS and other bioengineering-related work has been conducted.

BME continues to play an expanding roles in immunomodulation, 3D culture, single-cell analysis and in internal medicine in general – such as the work conducted in the lab of William and Valerie Hall Chair, Biomedical Engineering Professor Lonnie Shea to develop biomaterial scaffolds, which helped Jason Spence, associate professor of internal medicine and associate professor of cell and developmental biology, turn immature organoids into more mature mini-organs.

“Biomedical engineering has evolved so dramatically that many people don’t realize the role we can play,” Shea says.