In the 1990s, a new term – “translational” research – was beginning to reshape biomedical engineering and academic medicine.

Driven by funders’ desire to bridge a gap between basic research and clinical application, “translational” research enabled biomedical scientists to more directly impact human health by taking their work from “bench to bedside.” In doing so, the end game for academics could just as reasonably be a high-impact journal article as a medical product poised for commercialization.

And perhaps no program at the University of Michigan played a greater role in institutionalizing this approach within the College of Engineering and the Medical School than the Coulter Translational Research Partnership Program.

Launching a Program – and a Mindset

The process began in 2005, when then-BME Department Chair Matthew O’Donnell led a successful pitch to the Wallace H. Coulter Foundation for its $5 million Translational Research Partnership Award in Biomedical Engineering.

The award supported research teams co-led by engineers and clinicians in developing promising health-related technologies that could be translated from the lab to the clinic via the marketplace. It offered individual project grants within a coaching framework designed to help participants think from the outset about their technology’s path to commercialization.

The University of Michigan was one of only six universities nationwide to receive the Coulter endowment.

“I was personally very excited about Coulter,” says O’Donnell. “It allowed me to marry my two loves, industry and academics. I thought, how wonderful, especially for our junior faculty, to be exposed to a world where you don’t just write papers; you put out a device…that people will actually use in the clinic.”

O’Donnell’s enthusiasm spread quickly among the faculty and was sustained by his successor, Douglas Noll. In its first five-year funding cycle, the U-M Coulter Program supported 19 projects ranging from engineered ACL replacements and optical detection of pancreatic cancer to custom 3D-printed biodegradable scaffolds for skeletal reconstruction and bone regeneration. The work yielded four start-up companies that garnered $25 million in funding.

The Coulter program’s success created the opportunity for an even larger award – $10 million from the Coulter Foundation that was matched by both Michigan Engineering and the Medical School, yielding a $20 million endowment to support translational projects in biomedicine. The University of Michigan was one of only six universities nationwide to receive this award.

Since 2011, Coulter has funded another 30 projects and provided coaching to give those technologies the best chance of making it to market.

That was 2011. Since the endowment, the Coulter Program has funded another 30 projects and has ramped up its coaching to give the technologies it supports the best chance of making it to market by licensing them to established companies or start-ups.

“Coulter is so much more than a funding entity,” says Tom Marten, managing director of U-M’s Coulter Program. “We’ve evolved to the point where we now guide projects through the same elements of new product strategic planning and development that are used in industry.”

This happens even before funding decisions are made. Coulter has recently launched a program for its finalists, called the Coulter College Commercializing Innovation planning program, or C3i, which provides expert analyses of each project’s regulatory and competitive landscape, as well as market research in which target users evaluate the proposed product. The program also leads each team through eight weeks of structured homework guided by industry mentors matched to their project.

The result of this work is a “blueprint report” for each project that systematically examines its potential market, likely challenges, characteristics necessary to be sustainably adopted and the research, intellectual property and other needed milestones to make the product attractive to investors.

“By the time we go through this process, both Coulter and the teams have a clear sense of their project’s commercialization potential,” says Marten. This robust planning also means that the winning teams are able to hit the ground running, using their funds to implement the strategy they developed, and pressure-tested, through C3i. 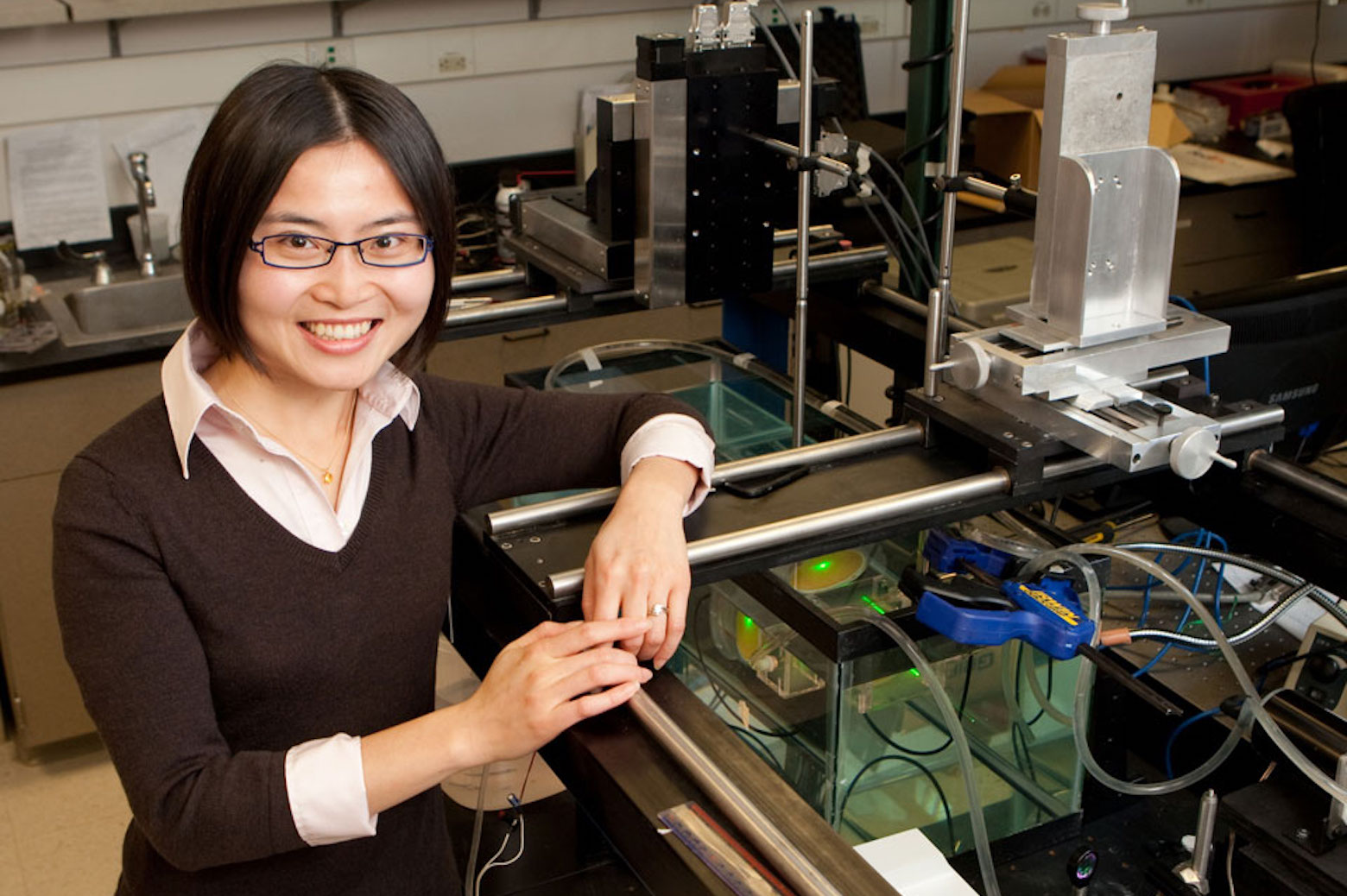 IMAGE:  In 2011, the Coulter Foundation presents its $10 million award toward a joint endowment, which was matched by both Michigan Engineering and the Medical School.

Of course, all of this is possible because of Coulter’s reach and deep connections. “We have relationships with top industry executives, medical device serial entrepreneurs, regulatory specialists, and venture capitalists – many of whom are on our oversight committee – so we can provide expert mentoring to help faculty reach their hand-off goals.”

The projects funded since the endowment have yielded seven start-ups, $30 million in outside investment and one license to industry. But Marten believes that with U-M’s talent pool, its culture of collaboration and innovation, and the resources provided by the Coulter Program, U-M Tech Transfer, MICHR and others, there is even more success to come.

One of the earliest Coulter-supported projects involves histotripsy, a non-invasive surgical technique that uses the mechanical, not thermal, properties of focused ultrasound to precisely destroy target tissue without damaging surrounding structures. Coulter catalyzed a team of academics and businesspeople that launched a start-up around the technology and supported an intellectual property analysis that helped to attract venture capital. The company, HistoSonics, has since secured more than $25 million in funding, developed a prototype device, conducted first-in-human clinical trials for enlarged prostates, and is now pursuing additional applications, such as liver cancer. 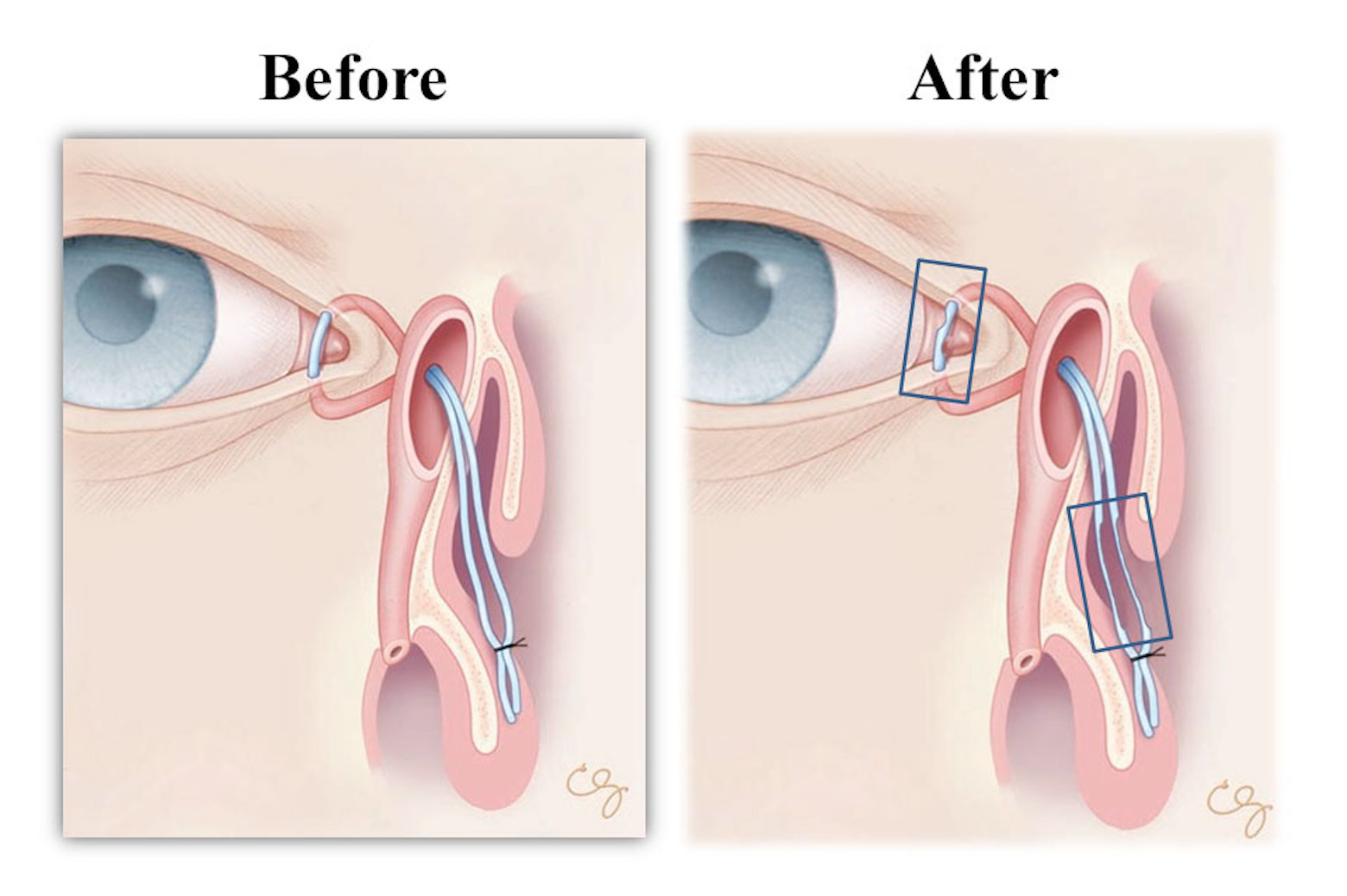 IMAGE:  With slits in key places in a traditional lacrimal stent, the Slit-Stent enables patients’ tears to drain.

One of Coulter’s more recent projects aims to help patients who experience excessive (eye) tearing. Traditional treatment involves creating and temporarily stenting a new drainage canal. But current stents don’t drain, so symptoms persist until the stent is removed months later. The Coulter program connected U-M oculoplastic surgeon Alon Kahana with Jeffrey Plott, a PhD student in Mechanical Engineering and Biomedical Engineering Professor Albert Shih’s lab. Plott solved the problem in a single day by cutting slits at key places in an existing lacrimal stent to create a patentable new “Slit-Stent” concept. The Coulter team, Kahana, and Plott are now collaborating with a leading manufacturer of lacrimal stents to modify one of its existing FDA-approved stents to create the Slit-Stent. The manufacturer has committed to running this product through its FDA-validated pre-clinical testing processes, which are required for an investigational device exemption (IDE) that U-M will file with the FDA. With the IDE in place, Coulter will fund a Slit-Stent clinical trial at U-M in late 2017 to generate the proof-of-concept data needed for a licensing arrangement. 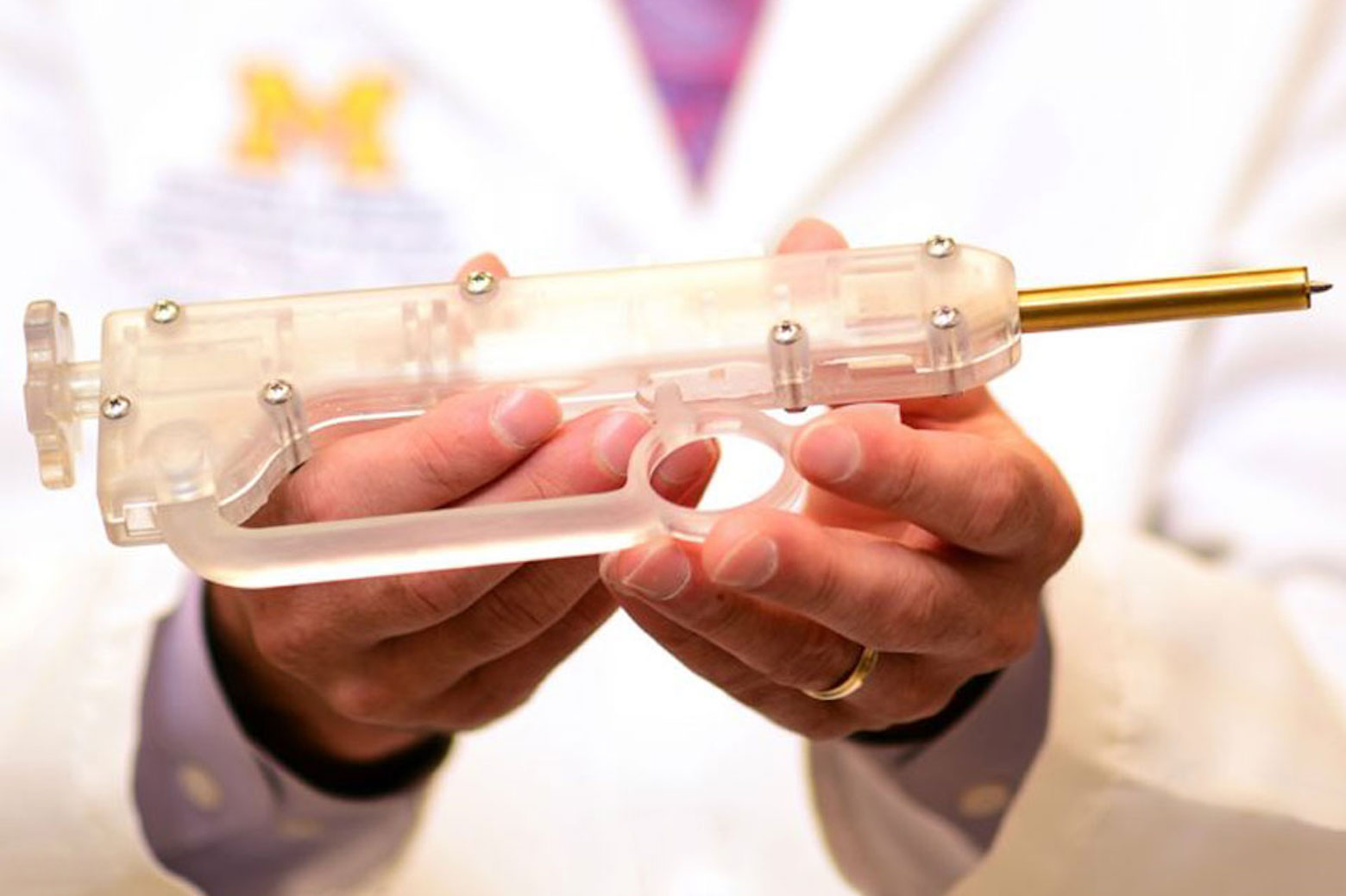 While working on a method to amplify nerve signals for prosthetic limb control, a U-M team that included BME Assistant Professor Cindy Chestek and Plastic Surgery Section Chair and BME Professor Paul Cederna discovered a technique to treat neuromas. Neuromas are disorganized bundles of nerves that form when a nerve is severed; amputees suffer greatly from them, and they’re notoriously difficult to treat. Cederna, however, developed a manual surgical procedure to wrap the severed nerves in a “cap” of harvested muscle tissue to relieve the pain. To make the procedure widely available, Cederna sought a way to make it less time- and skill-intensive. Coulter funded development of a surgical device prototype that automates the procedure and enables surgeons to harvest the muscle, grab the nerve, and slide the muscle over the nerve in as little as five minutes. With support from Coulter, the team was able to demonstrate the functionality of the device in animal studies and secure a licensing agreement with Michigan-based RLS International. RLS will finalize development, and it hopes to file for FDA approval and bring the tool to market within two years.

This article was written by Aimee Balfe.