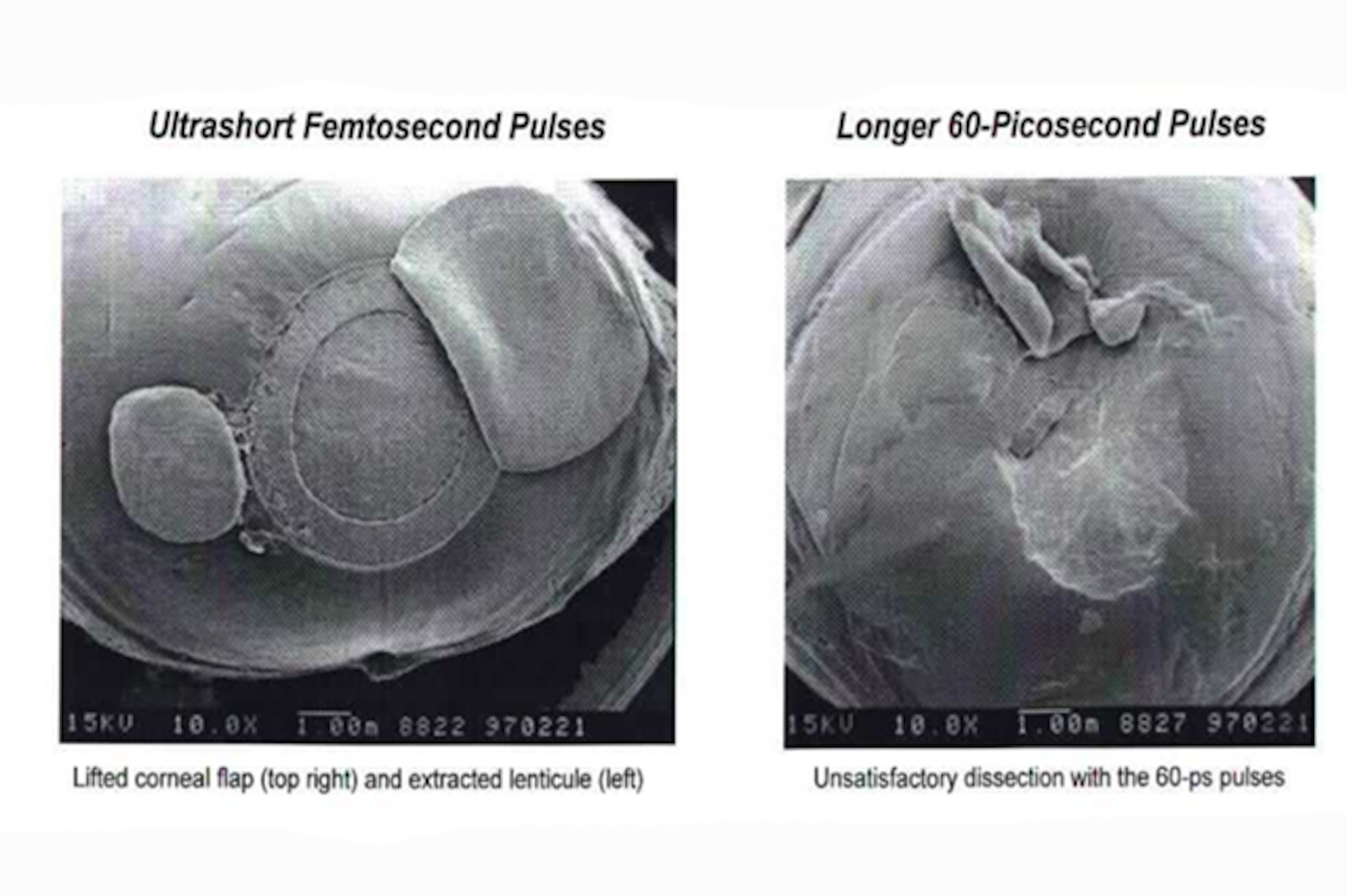 Nearly 25 years ago, in Michigan Engineering’s Center for Ultrafast Optical Science (CUOS), an engineering student burned his eye with a femtosecond laser, whose pulses are among the shortest, densest and most powerful controlled bursts of energy that can be produced in a laboratory.

In the emergency room, Ronald Kurtz, M.D., then a second-year resident at U-M’s Kellogg Eye Center, examined the student. Kurtz was amazed by what he saw.

“It turned out that the burns caused by the laser did not affect his vision because they were very precise – more like cuts than burns,” reads a CUOS retrospective.

The engineering student was lucky. And so were the countless patients who followed. The accident led Kurtz and colleagues to develop IntraLASIK, a bladeless variety of the popular permanent vision correction surgery.

It turned out that the burns caused by the laser did not affect his vision because they were very precise – more like cuts than burns.

A femtosecond is one millionth of one billionth of a second. Because of the ultrashort duration of the laser pulses, damage to surrounding areas – whether human tissue or a silicon chip – is minimal. This allows for highly precise micro-machining with surprisingly little collateral damage, according to CUOS.

Kurtz and Tibor Juhasz, a physicist working in the center, developed an approach to corrective eye surgery that left the surrounding tissue pristine. In IntraLASIK, a femtosecond laser, rather than a precision scalpel, is used to cut into the cornea before reshaping it to improve the patient’s focus.

Kurtz and Juhasz founded a spinoff company, Intralase, in 1997. It’s considered one of the most successful startups incubated at U-M, according to Crain’s Detroit Business. In 2004, Intralase went public and earned $84 million. It was acquired by Abbott Medical Optics in 2007 for $808 million.

Today, this technology broadens the pool of people who can benefit from LASIK, and studies have shown it results in fewer complications than other approaches.

In 2002, Kurtz wrote, “The introduction and widespread acceptance of a femtosecond laser for use in eye surgeries has led to laser vision correction being one of the most regularly performed surgeries in the country (and the world).”