In the wind tunnel

By nature, a narrower car is less stable. To ensure it could handle the strong cross winds of the Australian Outback, the team has spent a lot of time refining Novum’s vehicle dynamics. Wind tunnel testing and software simulations check every angle and wind speed they might encounter.

“From our previous experience, aerodynamics loss can reduce up to 85 percent of the car’s efficiency, says Jiahong Min, the team’s aerodynamics leader and graduate student studying mechanical engineering. He studied aerospace as an undergrad at Michigan Engineering and joined the team as a junior – racing with Aurum in 2015. 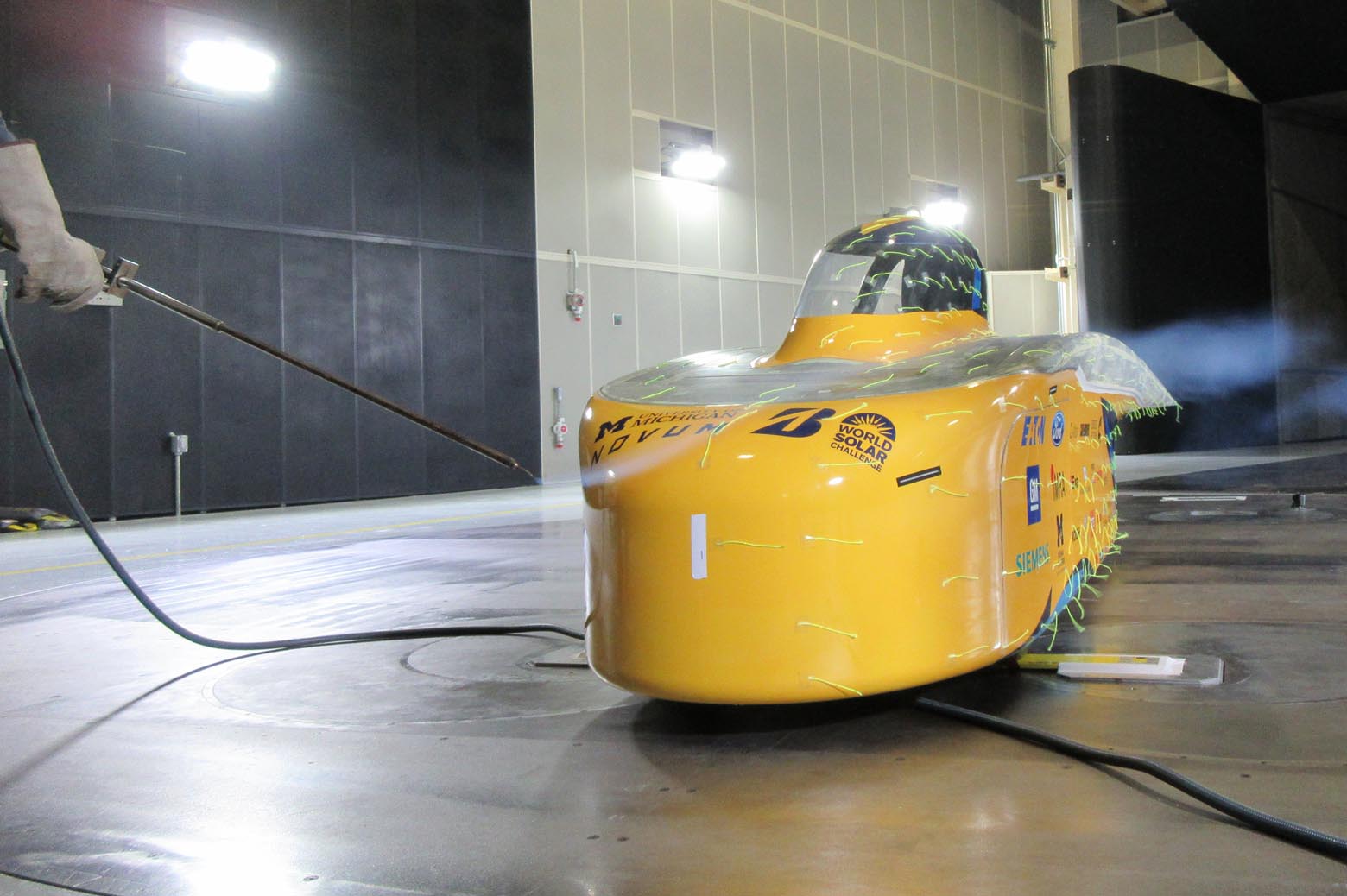 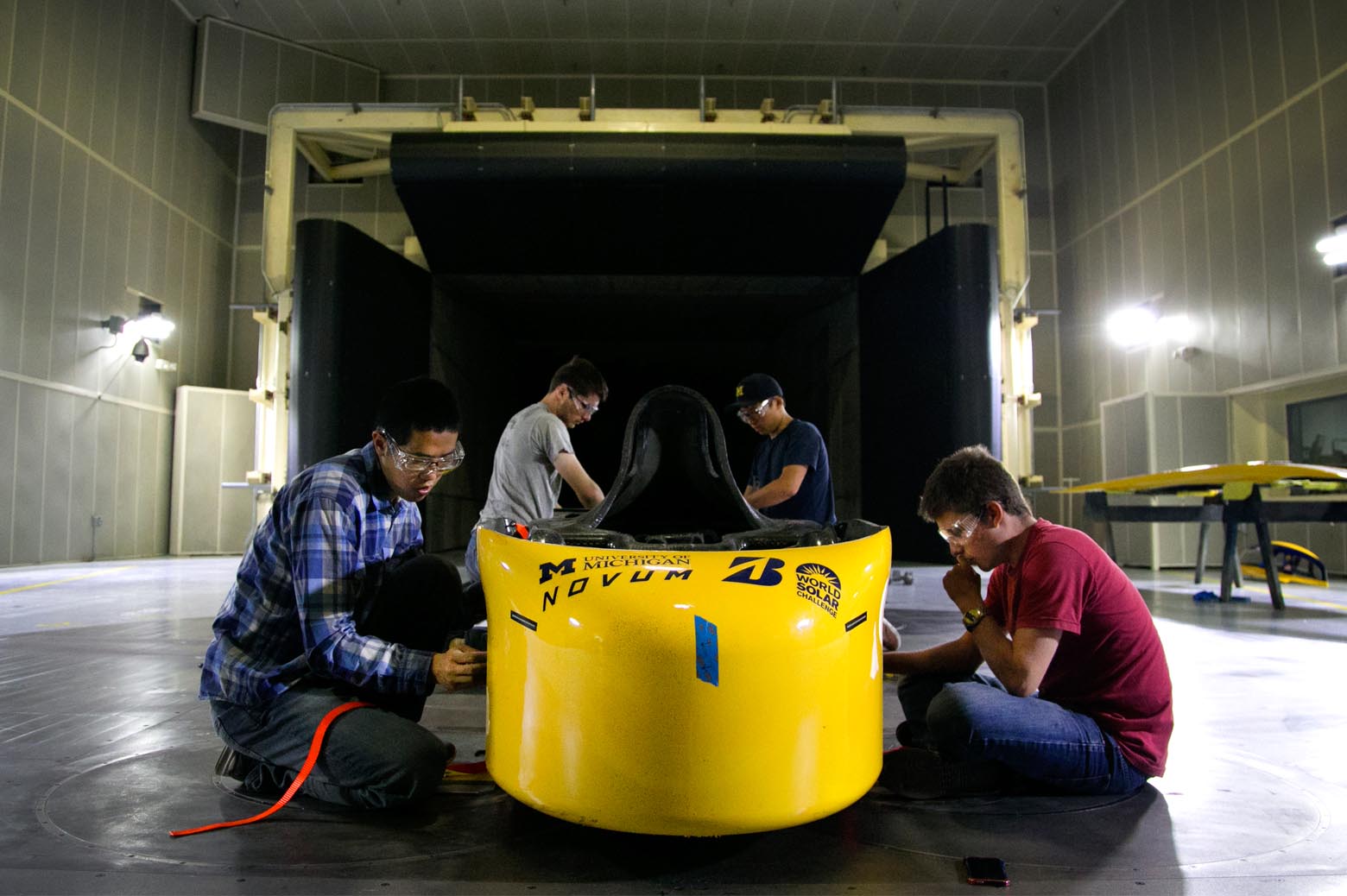 “I was really nervous,” said Min. “Since Novum’s design is drastically different than previous vehicles, I had some doubts about our aerodynamics simulations. It is very hard to judge how good a simulation is without any experimental data, and the most controlled data we can get is from the wind tunnel.”

Over the course of nine hours, Novum was tested against 65 miles per hour winds with up to 20 degrees of yaw angle.

Like with most initial real world tests, not all the predicted simulation numbers matched up. “There are a lot of factors that can cause this,” said Min. “We would like to get real power consumption data when the car is fully built and can be tested on the course.”

A follow-up wind tunnel test took place on August 11. Reducing testing variables for more accurate data was only part of the agenda. “We are not trying to match the exact number – getting the correct performance delta is more important,” said Min. “We’ll now have both wind tunnel and real world data from 2015 and 2017, which allows us to do serious studies on our simulation setup to inform future teams.”

The team is packing up Novum to leave for Australia on August 18th. Once there, they will conduct extensive real-world testing with Novum. The numbers they were able to get from the tunnel are key to refining their race strategy – calculating how fast to drive in what conditions.