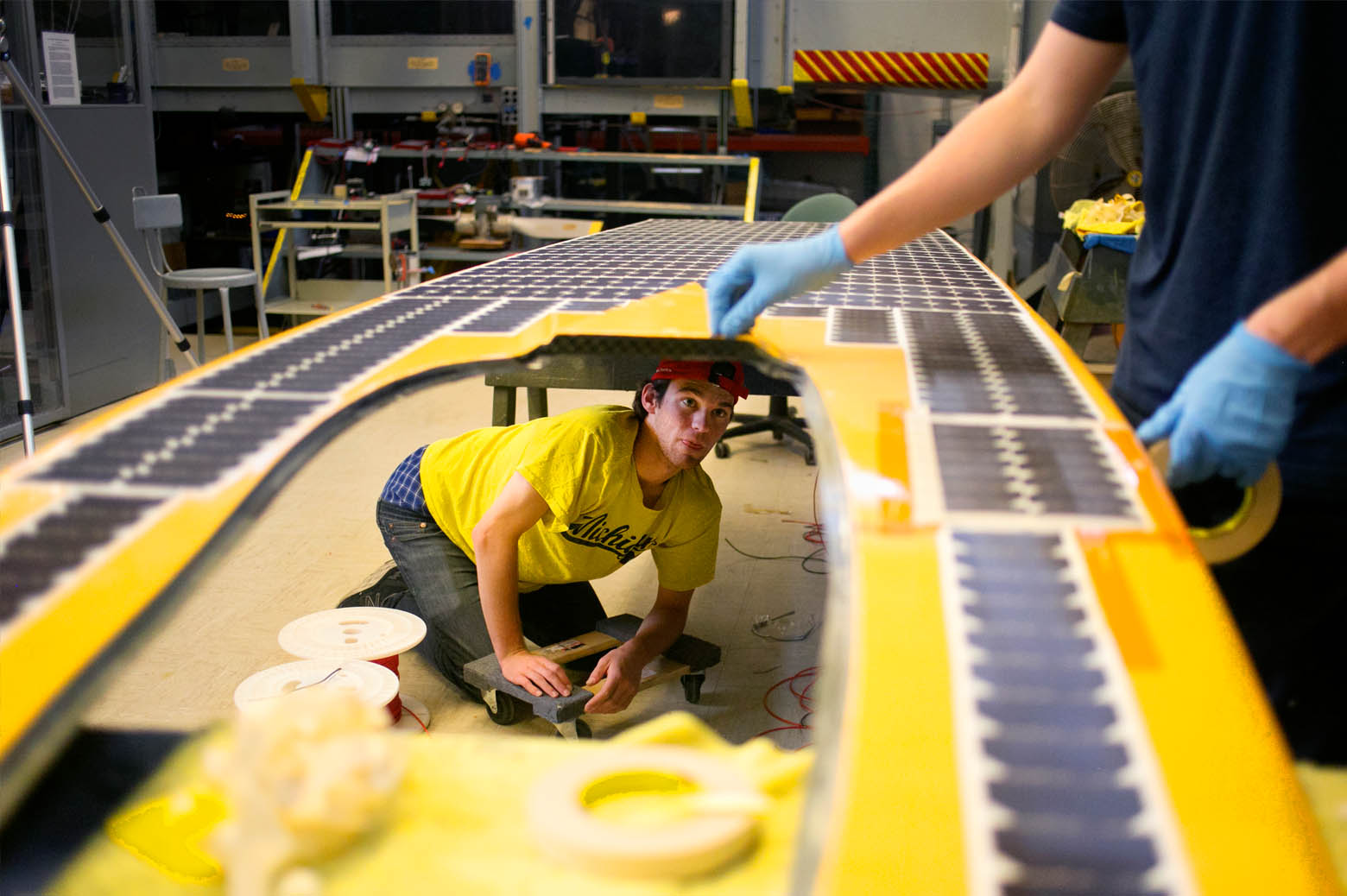 As most solar car fans know, it’s common for the race committee to periodically update rules or add constraints to push innovation and address safety. This year, officials reduced the size of allowable solar array area by roughly a third, meaning the car takes in even less energy from the sun. 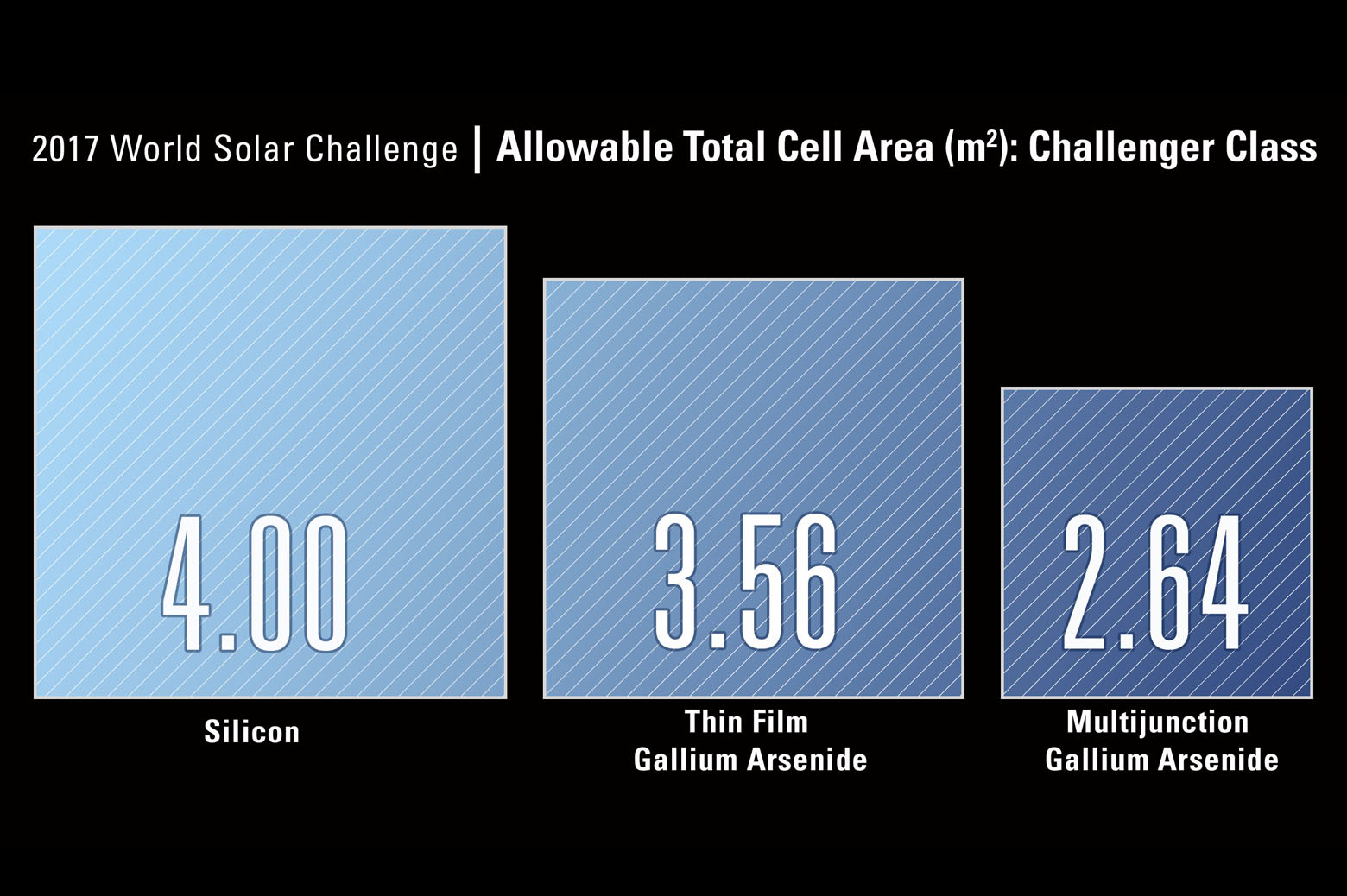 When the cells finally arrived in the mail, the pressure was on, but Brown embraced it. “I do get a little nervous working with them. That said, being nervous about handling them isn’t a drawback, as it keeps you constantly aware of things that could damage the cells, and ultimately helps you keep them safe. Working with them often feels like handling a living creature, due to their fragility and responsiveness to environmental conditions.”

Solar cells like the ones on Novum are difficult and costly to manufacture and found in places where space is at a premium but you need a lot of energy. “So, for example satellites use them quite a bit,” says Brown. “The voltage and current characteristics of the cells are a fair bit different. Silicon cells tend to be low voltage and high current. The multijunction cells have a higher voltage and a lower current. There’s more freedom to put things in parallel and make different size array modules. There are different things you can do to mitigate losses from curvature and shading that you can’t do with silicon.”

For example, the canopy inherently casts a shadow at certain times of day. Knowing this, the team strategically designed the array layout in such a way that the modules (series strings of cells) around the canopy that are subject to shading are not connected to modules that are not around the canopy. This way, the non-shaded portions of the array are not being held back in their power production by shaded sections, and the overall output of the array increases. 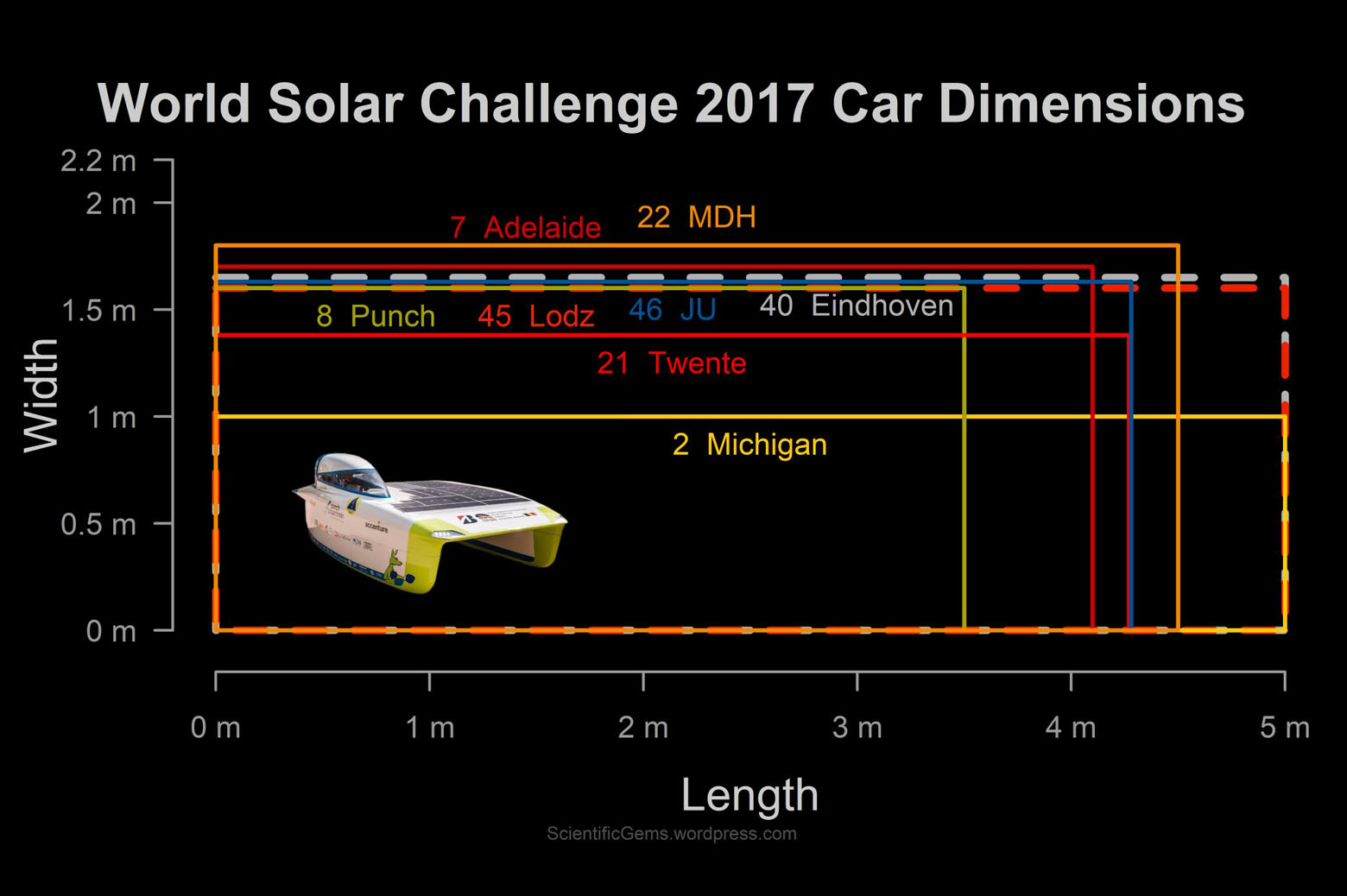 Brown and the team have had to learn a lot, quickly during this build cycle. “I had basically no experience with these kinds of solar cells before taking on this position with the team,” he admits. “It’s been a challenge because there is an abundance of information out there about silicon, not just from the team, but in general. It’s harder to find information about multijunction and the applications we’re using it for.”

Besides learning how to maximize the cell’s performance, he spends a lot of time anticipating how they might be damaged and how to prevent that from happening – including handling, installation and cleaning procedures.