by Ben Logan
Michigan Engineering
August 11, 2017
In many ways, Novum is a product of team firsts. On the surface, its caliber of multijunction gallium arsenide solar cells and small array set it apart from anything they’ve ever built. But what’s beneath the surface is equally innovative. | Short Read
Enlarge 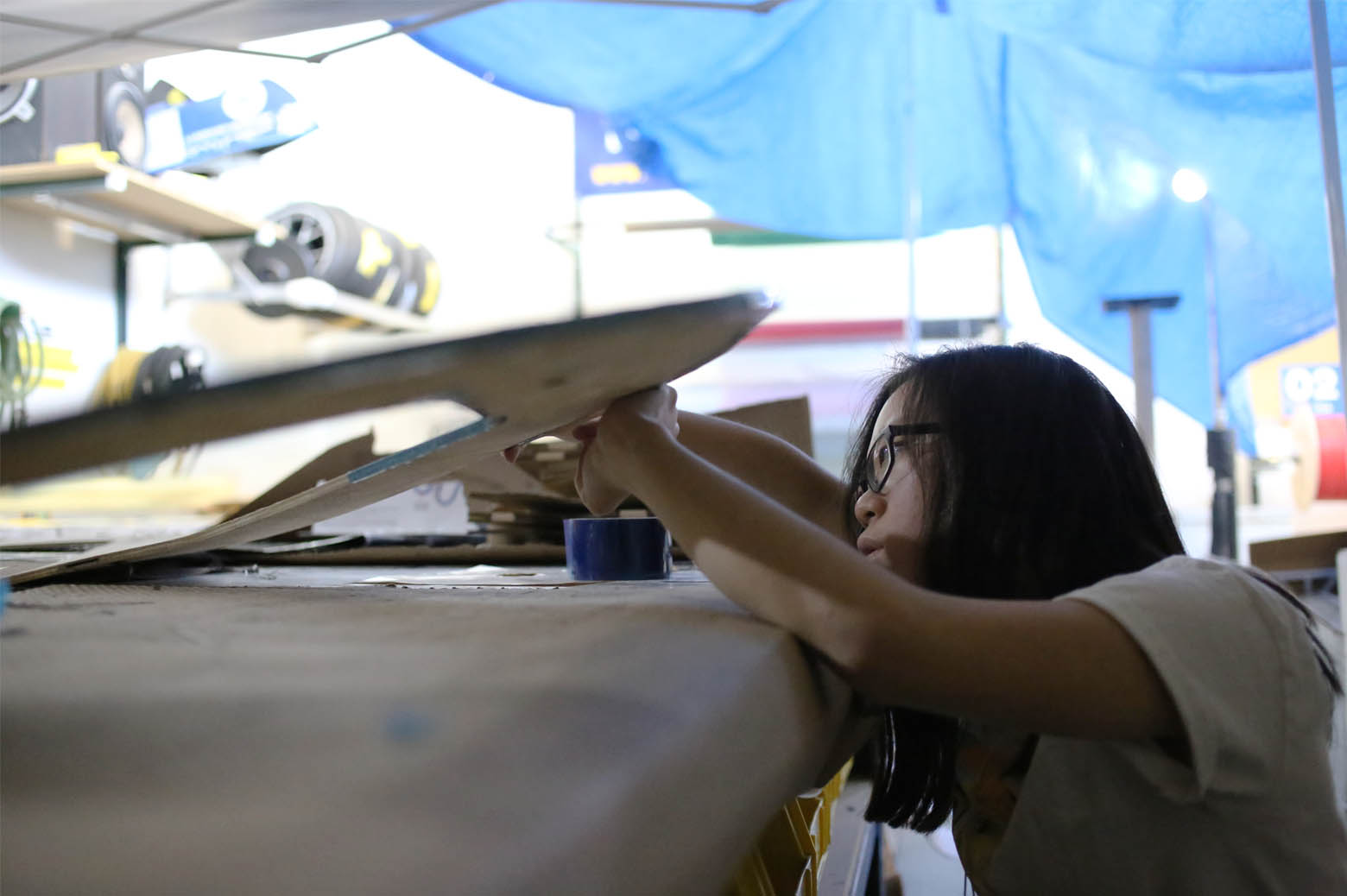 To ensure their simulations and computer models translated to the physical car during fabrication, the team decided to use a higher-grade carbon fiber and advanced manufacturing process.

Although the team’s vehicles are traditionally constructed with carbon fiber, this year they decided to use carbon fiber for the molds as well – as opposed to the usual fiberglass. Janice Lau is a rising sophomore studying industrial and operations engineering. She is on the team’s operations division and was responsible for sourcing the premium-grade carbon fiber.

“We’re using carbon fiber for the molds to ensure that the thermal expansion rates of the molds match the parts we’re making. If they expand at the same rate, the parts will be more precise and match our projected performance,” explains Lau. 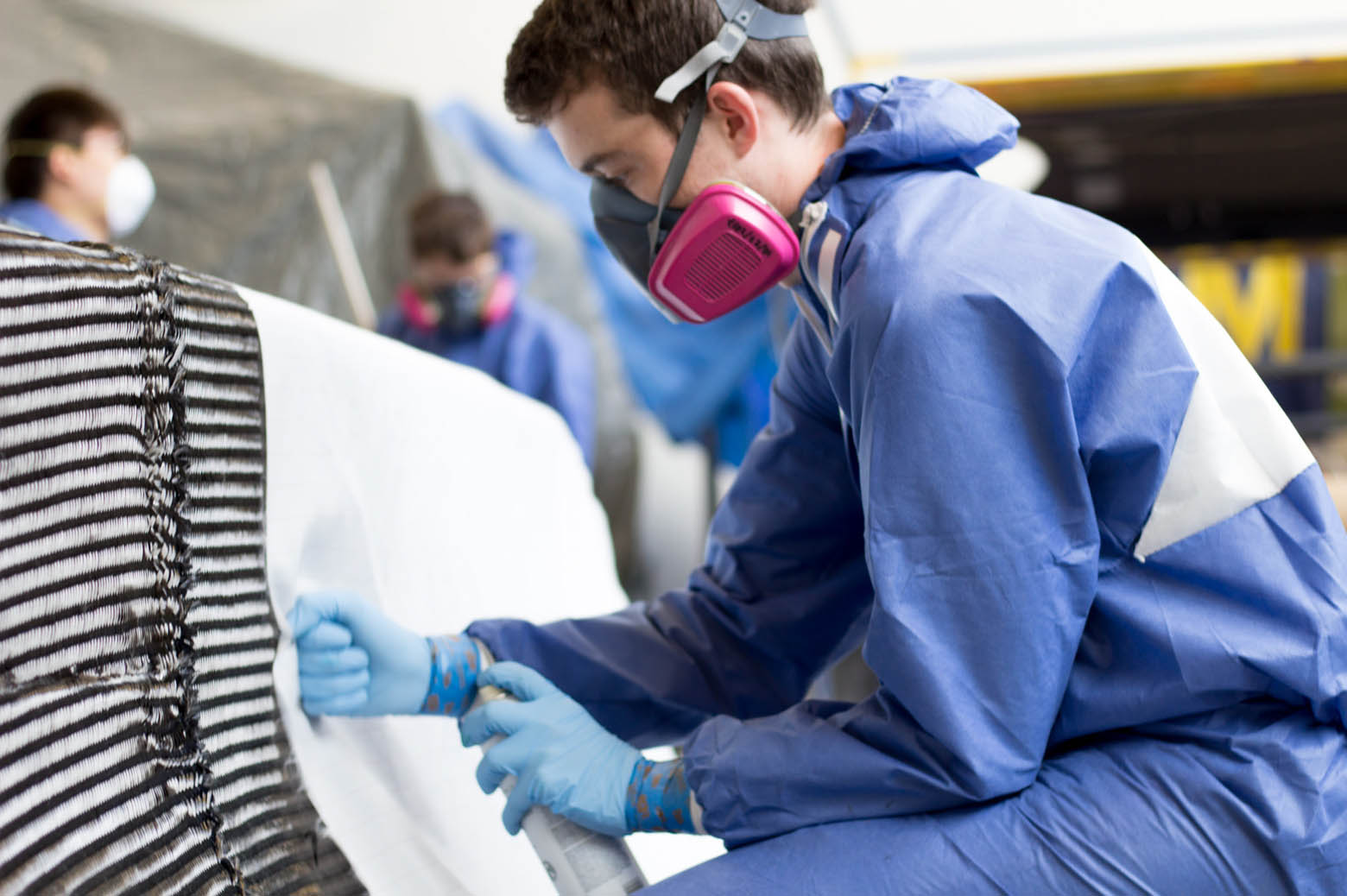 In the pursuit of precision, the team used a resin infusion process to better form the carbon to their molds. It’s something they’ve never done, but they got guidance from the U-M Formula Racing team who has. It was a time-consuming process that, for a period, had the team working in shifts for 24 hours a day.

Lack of sleep is one thing that is definitely not a team first.