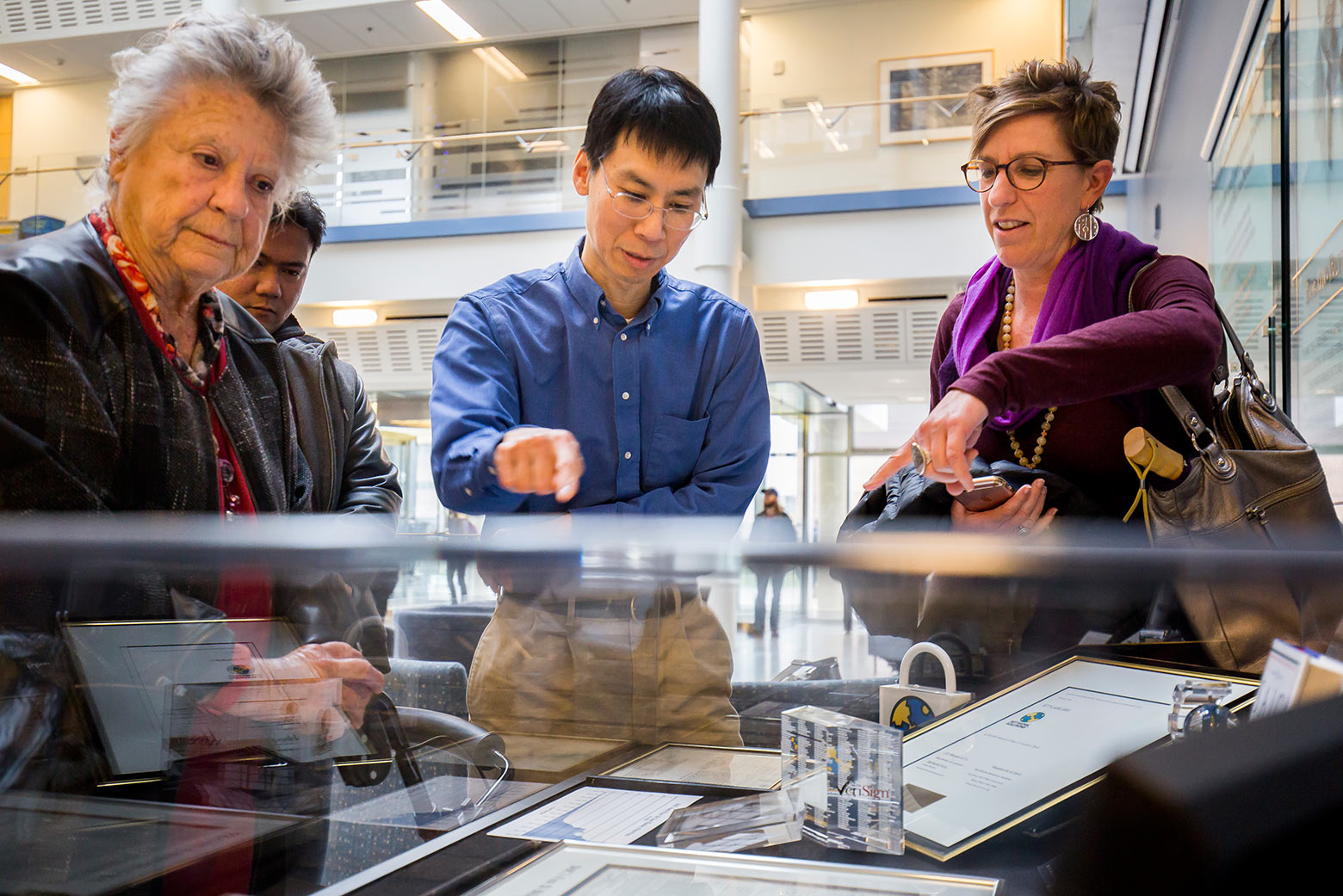 You could buy almost anything from the 1970 Sears catalog: Spring-loaded shoes. A moped. A crochet-your-own pantsuit kit. But the very first product from a fledgling company called Science Applications International Corporation (SAIC) didn’t make the cut.

It was an electronic meter designed to measure the moisture in garden soil. And despite the best efforts of a team of nuclear physicists that included SAIC founder and Michigan Engineer Bob Beyster, it didn’t make it into the catalog.

Beyster was undeterred; by the 1990s, he had built SAIC into a global technology and science juggernaut. The company  helped shape the internet, rolled out some of the first laptops and led countless innovations in security, electronics, energy, design, nuclear science and many other fields. By the time Beyster retired in 2004, SAIC had grown to more than 43,000 employees and annual revenues of more than $6 billion.

The moisture meter, on the other hand, never made a dime. Yet it’s displayed proudly in The J. Robert Beyster Collections at the University of Michigan, a series of permanent exhibits on U-M’s North Campus that showcase the achievements of Beyster and SAIC.  The unassuming gadget is a testament to the fact that, for Bob Beyster, profit wasn’t the only measure of success.

The meter was a test of the young company’s design and marketing chops. Everyone who worked on it learned something. And for Beyster, that was what counted.

“Dad didn’t start SAIC with the idea of making millions of dollars or having a revolutionary company structure,” explains Bob Beyster’s daughter Mary Ann Beyster. “All those things happened because, first and foremost, he wanted to do good work and solve tough problems. If he couldn’t solve a problem, he would find someone who could and get out of their way.”

Over the years, Beyster applied that philosophy to a staggering breadth of pursuits, many of which are represented at the exhibits. Some highlights include: 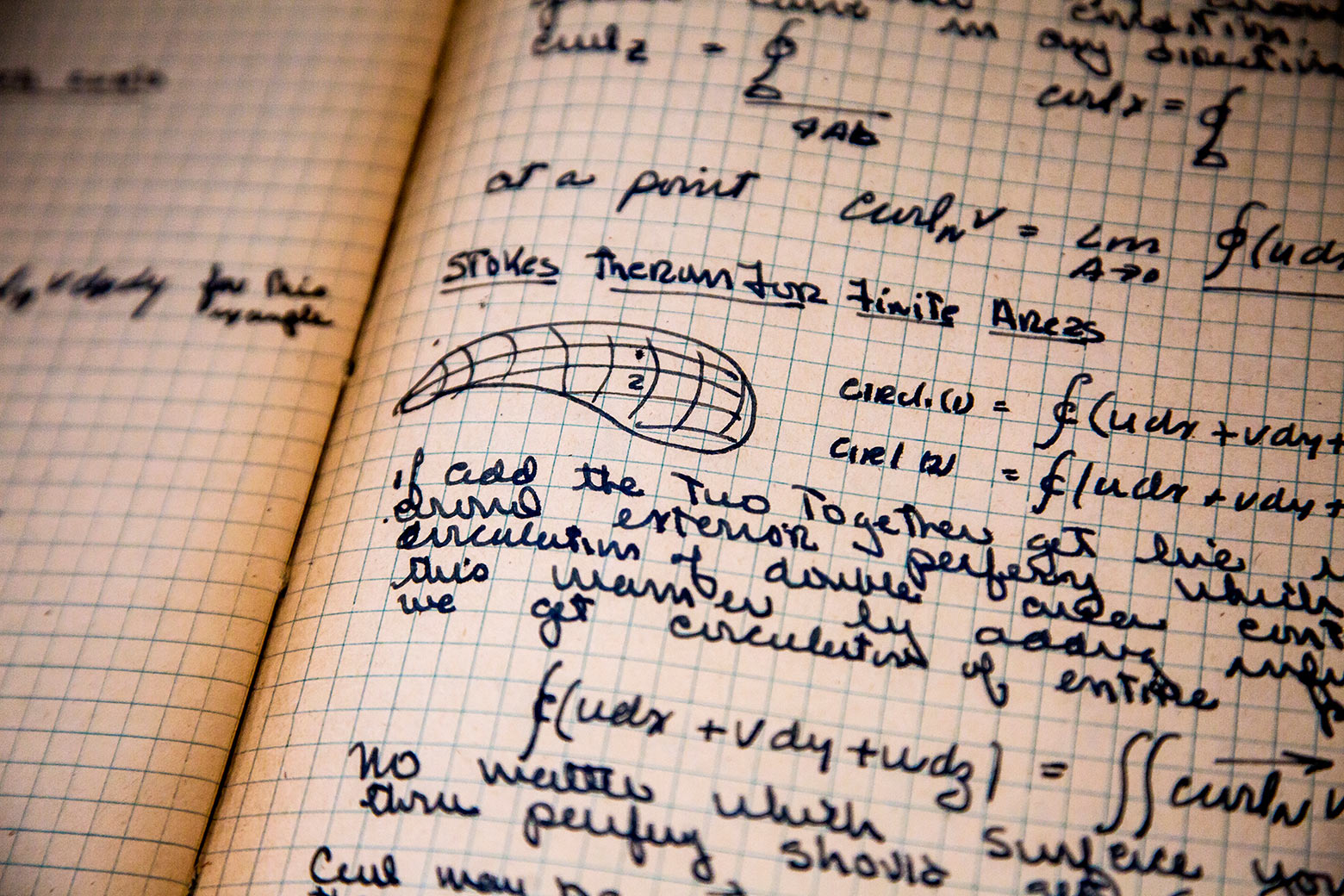 A Michigan native who grew up in Grosse Ile, Beyster joined the navy during WWII and was soon sent to U-M. He served on a destroyer and earned two bachelor’s degrees, a master’s and a PhD in engineering and physics (all from U-M) before leaving the military and going to work developing nuclear submarines at Westinghouse Atomic Power. Beyster then moved on to roles at the Los Alamos National Laboratory and at General Atomics. Beyster’s achievements in nuclear engineering are represented at the exhibits, one of which is located at the U-M Nuclear Engineering Laboratory.

“Dr. Beyster was a pioneer in nuclear engineering research and made measurements that enabled the development of nuclear reactors,” said Ronald M. Gilgenbach, Chihiro Kikuchi Collegiate Professor and chair of the Nuclear Engineering and Radiological Sciences Department at U-M.  “I am delighted that his career is celebrated in the display in the Nuclear Engineering Laboratory Building, to which he generously contributed.”

In 1969, Beyster founded SAIC, the company that would define his career. Completely owned by its employees, the company was the largest of its kind, eschewing investor ownership for a culture that put technologists in charge.

And these weren’t just any technologists. Beyster made it his mission to attract and retain the very best experts, using his legendary skills of persuasion along with the promise of working for a company where employees could share in the fruits of their labor.

“He wasn’t afraid to pester people,” Mary Ann Beyster said. “He knew what he wanted and would not take no for an answer. Even when they were a billion-dollar company he would fly out and recruit technical people. There were thousands of people at SAIC that he brought in personally.”

The approach paid off, paving the way for more than 30 years of consistent growth. In 1986, Beyster established the Foundation for Enterprise Development. He later spun off the Beyster Institute to UC San Diego, which is dedicated to training, education and consulting in employee ownership and entrepreneurship. In 2012, U-M’s Computer Science Engineering Building was rededicated in his honor as the Bob and Betty Beyster Building. Bob Beyster passed away in 2014, at his home in La Jolla, Calif.

The J. Robert Beyster Collections are permanent, open to the public, free of charge and spread across three locations on U-M’s North Campus: