First engineering shop: From there to here!

Acting University of Michigan President Henry Simmons Frieze informed Mechanical Engineering Professor Mortimer Cooley in October 1881 that $2500 had been appropriated for an engineering laboratory. Cooley agreed to spend the money to construct a building, but only if $1500 were allocated for the structure, with the remaining $1000 dedicated to equipment purchases. 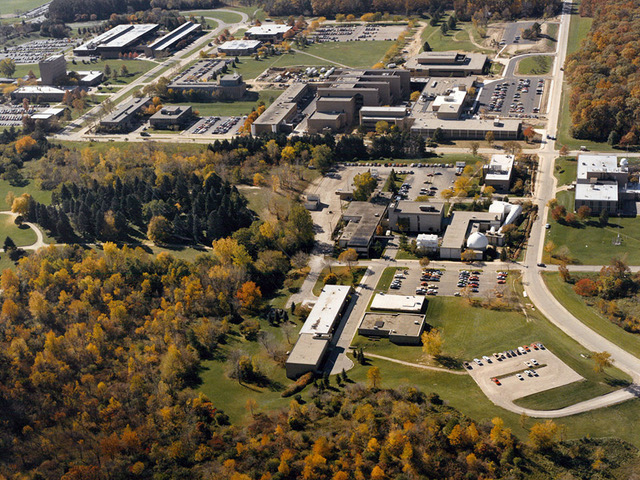 Thus the first Engineering Shop – constructed of bricks placed edgewise and nailed to the structure’s studs – was a mere 24 feet by thirty six feet. The building was referred to by one university professor as the Scientific Blacksmith Shop – a nickname so thoroughly embraced by Cooley that he titled his autobiography The Scientific Blacksmith, which includes this description of his first little engineering shop:

“At the west end…was the forge shop, at the east end was the foundry. On the second floor was the pattern shop and the machine shop…. The little vertical four horsepower engine was in the angle of the stairway….”

And approximately one century later, North Campus was not only taking shape – it was kicking into a higher gear.