Michigan Engineering
January 6, 2017
University of Michigan alumni and representatives networked with colleagues from University of Monterrey (UDEM), one of the best schools in Mexico.| Short Read

University of Michigan alumni recently reconnected with each other and their alma mater. But instead of meeting in Michigan, they gathered at engineering campuses near where they live in Monterrey, Mexico.

One of the meetings was a networking breakfast with a cohort of Michigan Engineering alums that was hosted by alumnus Carlos A. Quintanilla (BSE IOE ’09). The other, held a day earlier, included several other alumni at the University of Monterrey (UDEM). 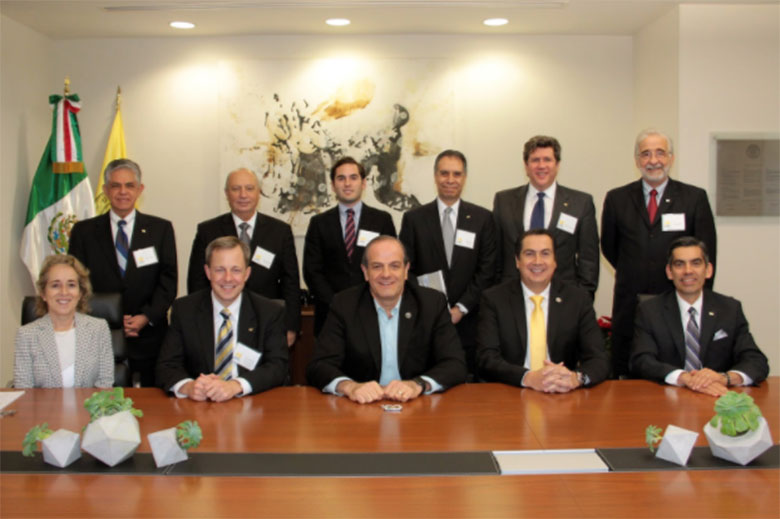 The meeting at UDEM was organized by Quintanilla’s father, Carlos R. Quintanilla, a member of the Michigan Engineering Advisory Council and a member of UDEM’s board. It brought together representatives from U-M and representatives from UDEM to explore similarities between their schools, in addition to possibilities of cooperation. The president of UDEM, Antonio Jose Dieck Assad, along with the university’s vice chancellor and dean of the School of Engineering and Technologies, participated in the discussion.

The Quintanillas have several connections to U-M. The gatherings highlighted the potential of developing mutually beneficial relationships between Michigan Engineering and Monterrey’s schools, which are among the best in Mexico.